While Hungarian émigré worked in a wide variety of media, her biggest claim to fame is her 186 cover illustrations for The New Yorker. 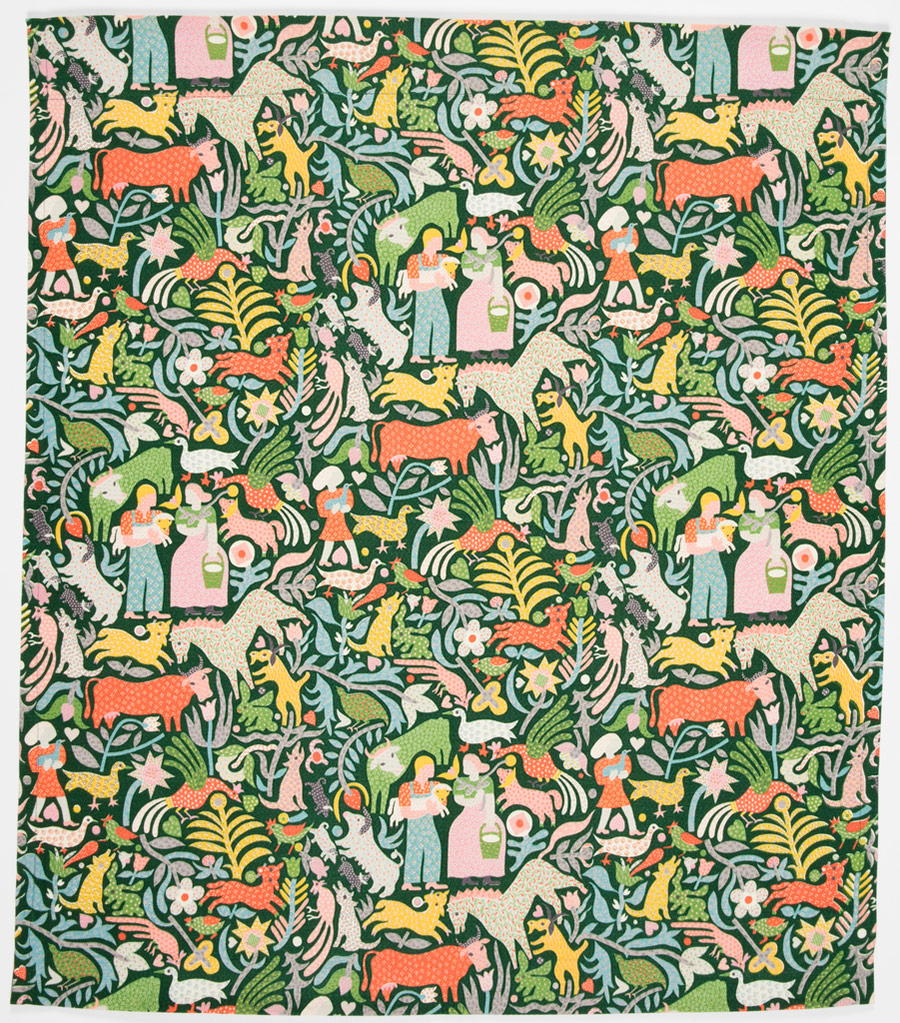 The multitalented Ilonka Karasz (1896–1981) is among America’s unsung design heroes.

Her name can be found in books on Art Deco in the U.S., and fans and collectors of railroad china revere her ceramics. Now a tiny but compelling exhibition running through April 22 at the Cooper Hewitt, Smithsonian Design Museum hopes to draw a broader audience to Karasz and her prolific body of work. Throughout her long career, the Hungarian émigré worked in a wide variety of media, creating architectural murals, wall-coverings, carpets, lighting, ceramics, metalwork, furniture, and toys (she patented a design for a rocking horse in 1935). Her primary claim to fame, however, is her 186 cover illustrations for The New Yorker, from the magazine’s founding in 1925 through 1973.

After studying at the Royal Academy of Arts and Crafts in Budapest, Karasz settled in 1913 in New York’s Greenwich Village, where she began painting and designing works influenced by the Wiener Werkstätte and Hungarian peasant art. She soon became part of a circle of European-born Modernist creatives, including Oscar Wentz, Konrad Cramer, and Winold Reiss—whose work also deserves reconsideration. The industrial designer Donald Deskey became one of her supporters, frequently specifying her textiles for interior projects.

The Cooper Hewitt exhibition teasingly showcases only 28 works by Karasz. Some of them, like her exquisite drawings and related wallpapers from the 1940s, are among the museum’s recent acquisitions; a few are textiles, like the wholly picturesque “Calico Cow” pattern, designed in 1952 for Associated American Artists; and only one of them is a New Yorker cover. You’ll leave the show wanting to learn more about this important designer and how she integrated her European-influenced vision with American life and culture for nearly 60 years—and for that, you can turn to the excellent 2003 monograph Enchanting Modern: Ilonka Karasz by curator and scholar Ashley Callahan.

Ilonka Karasz is on view at the Cooper Hewitt through April 22, 2018.

You may also enjoy “Access + Ability at the Cooper Hewitt Demonstrates How Design Can Create a More Inclusive Society.”