SANAA’s award-winning building has itself become an integral participant in a project led by Grace Farm’s artist-in-residence, choreographer Andrea Miller.

It has been a busy year at Grace Farms. Since their much-talked-about opening in 2015, they seem to have moved closer to their ambitious mission of becoming a community space to explore issues of faith, the environment, justice, and art. In their brief existence, they have thus far held think tanks with the United Nations University to discuss human trafficking, conducted monthly training sessions on that issue with local law enforcement, co-hosted creative workshops with NASA on its Journey to Mars project, and unveiled a colorful, site-specific mural by Brazilian artist Beatriz Milhazes.

The architecture housing all these activities (a design by SANAA that won the 2014/2015 Mies Crown Hall Americas Prize last fall and more recently the  American Institute of Architects’ 2017 Honor Award) has itself recently become an integral participant in a project led by the Farm’s artist-in-residence, choreographer Andrea Miller from the Gallim Dance company.

Miller was invited by Grace Farms’s arts initiative director, Kenyon Adams, to contribute to an ongoing performance workshop series. “The concept of the workshop series is that people can change, and that those changes begin with embodied practices,” explains Adams. “Performance workshop takes you right into the heart of what is possible for what we aspire to be as people.”

Miller’s assigned segment was titled “Practicing Awe,” a fitting thematic given the choreographer’s reaction to the SANAA building, a flowing, free-form building whose curvilinear roof gently embraces the natural landscape around it. 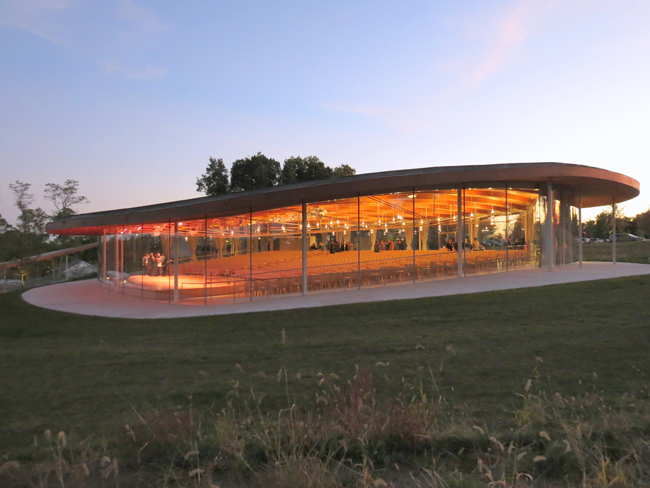 “When I arrived there I was just blown away by the space, the architecture and the concept of Grace Farms—honestly it feels like they are both one thing (concept and building), and that’s what is so unique about it,” says Miller, a Guggenheim Fellow. “I was actually in awe!”

“Then the second time I was there, I was sitting in the auditorium, looking out beyond the stage, through the glass walls, and I just felt the dancers should also be out there, not just inside, on the stage.” That insight lead Miller to develop a choreography (to the music of artist Cindertalk) that had the dancers seize advantage of both the architecture and the natural landscape—at times treating the glass walls as parkour obstacles, at others simply using them as a frameless frame to the movement happening outside. From the curvature of the wall to the terrain drop behind it, all was assimilated into Miller’s narrative. “It was about embodying the architecture, understanding how to read it – almost like a book.” Architecture here is not just shelter, but a participant in the action it shelters.

“Two words kept coming to us: vastness and accommodation. That notion of something that is larger than oneself and how does one accommodate oneself within that?” Miller elaborates. The resulting performance (which took place on the evening of the Farm’s first anniversary) was nothing if not cinematic. The viewer feels at once removed yet absorbed in her blending of the natural and the built world, with the dancers as the liaison between the two.

Miller says that notion of awe has also informed her following project, a choreography that took place at another iconic architectural space, the Temple of Dendur room at the Metropolitan Museum.  “As an artist, we all are more inspired when we connect with the meaning of the space where we are.” 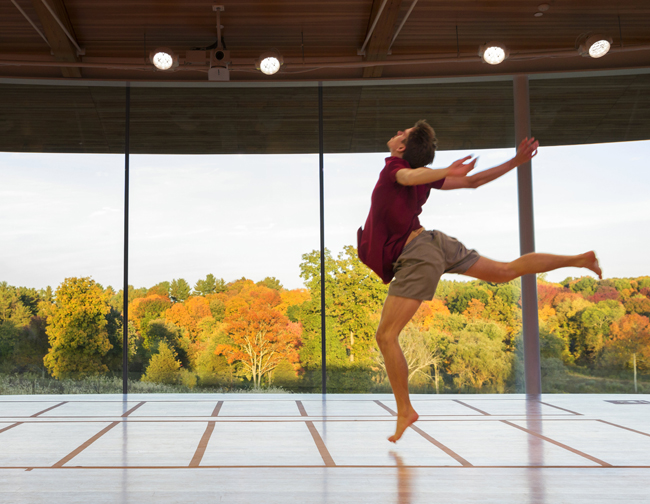 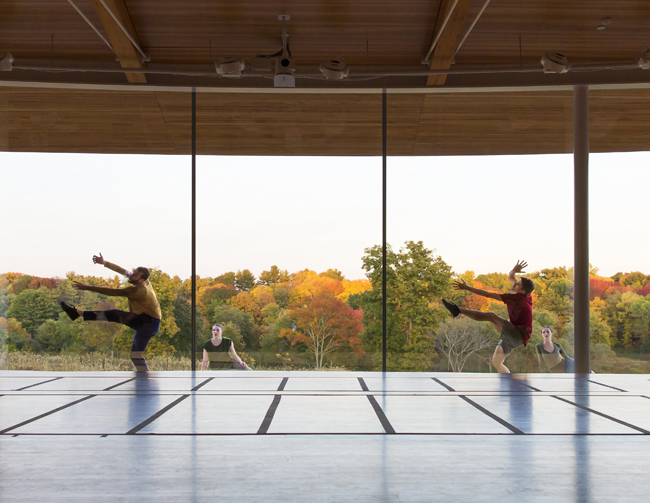 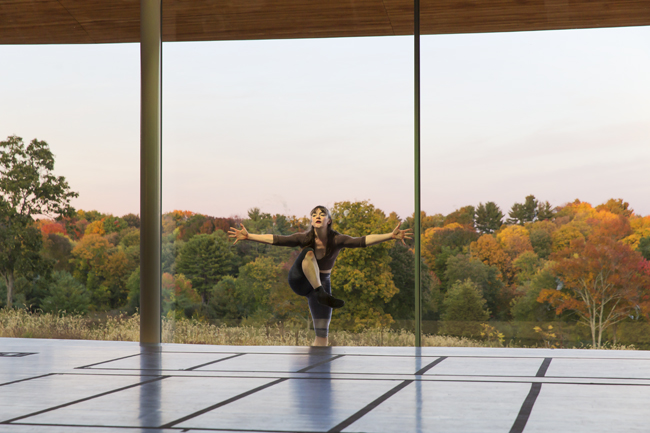 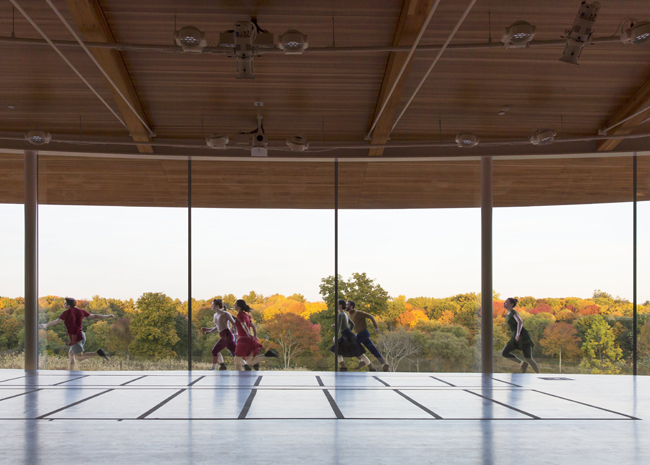 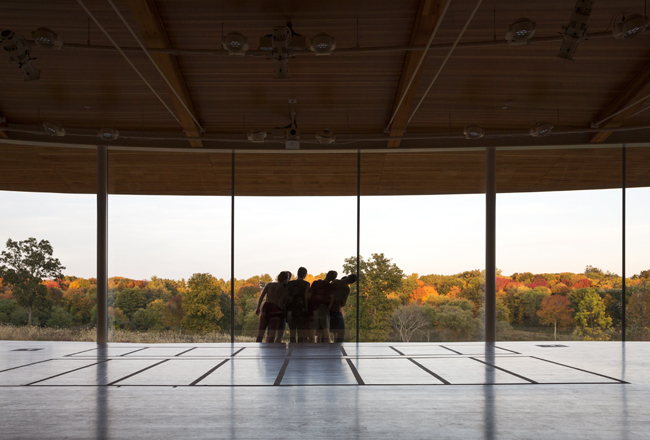 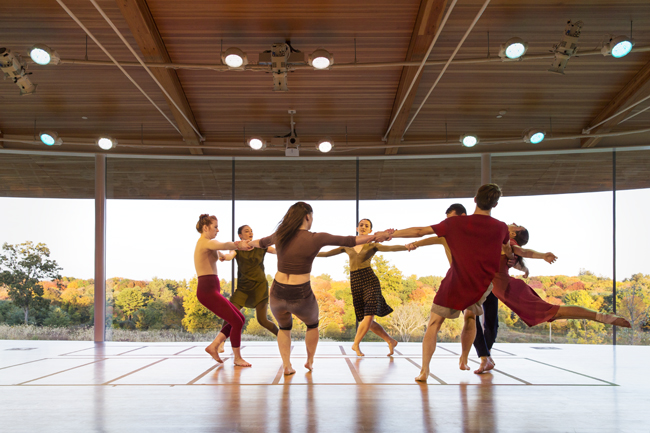