Architectural Drawing Is a “Rebellion Against the Limits of Space”

The architect Gautam Bhatia discusses how drawing can be used to push beyond architecture’s limitations.

This post originally appeared on ArchDaily under the title, Drawing Shadows by Gautam Bhatia.

We live today the way we do because we know no other. Our lives fit the defined patterns of homes, streets, neighborhoods, cities. As an architect I try to understand and explore—through drawing—different possibilities of building and landscape. More and more, drawing has taken me away from the conventions of architecture, into more abstract realms. Drawing has helped define space as it doesn’t exist, and perhaps as it should. Not in a utopian way, but one that tries merely to describe a different way we may live.

The drawings are a sort of rebellion against the limits of space. They explore the possibilities of extreme views: at one end, a confinement that is so narrow and stifling, it requires release and exposure, and at the other, a boundlessness that recedes endlessly to the horizon, in which people and buildings are miniscule. As if all human endeavor—defined by people, trees and buildings—is merely an engraving in the vastness. 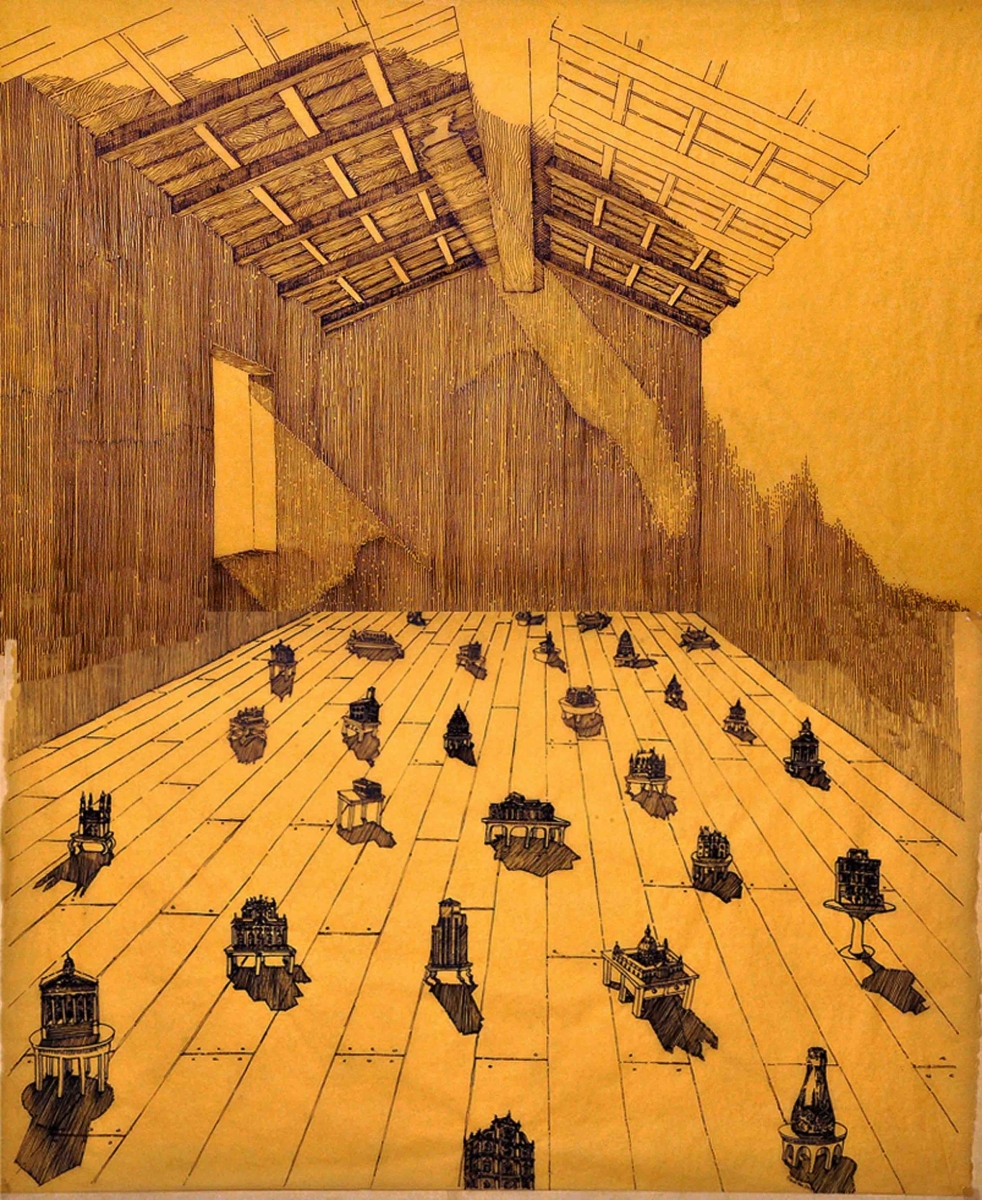 In the beginning, the earth is empty and expressionless, deserted, without sound or form or shade. Just an absence in the landscape. The emptiness creates the first hint, the hope for architecture. A rootless object appears in space—a human being, a tree, a building, a shadow. The drawing constructs a relationship between them. Sometimes the shadow defuses the space itself, sometimes shadow is used to root things to the earth. Does architecture exist if it casts no shadow? 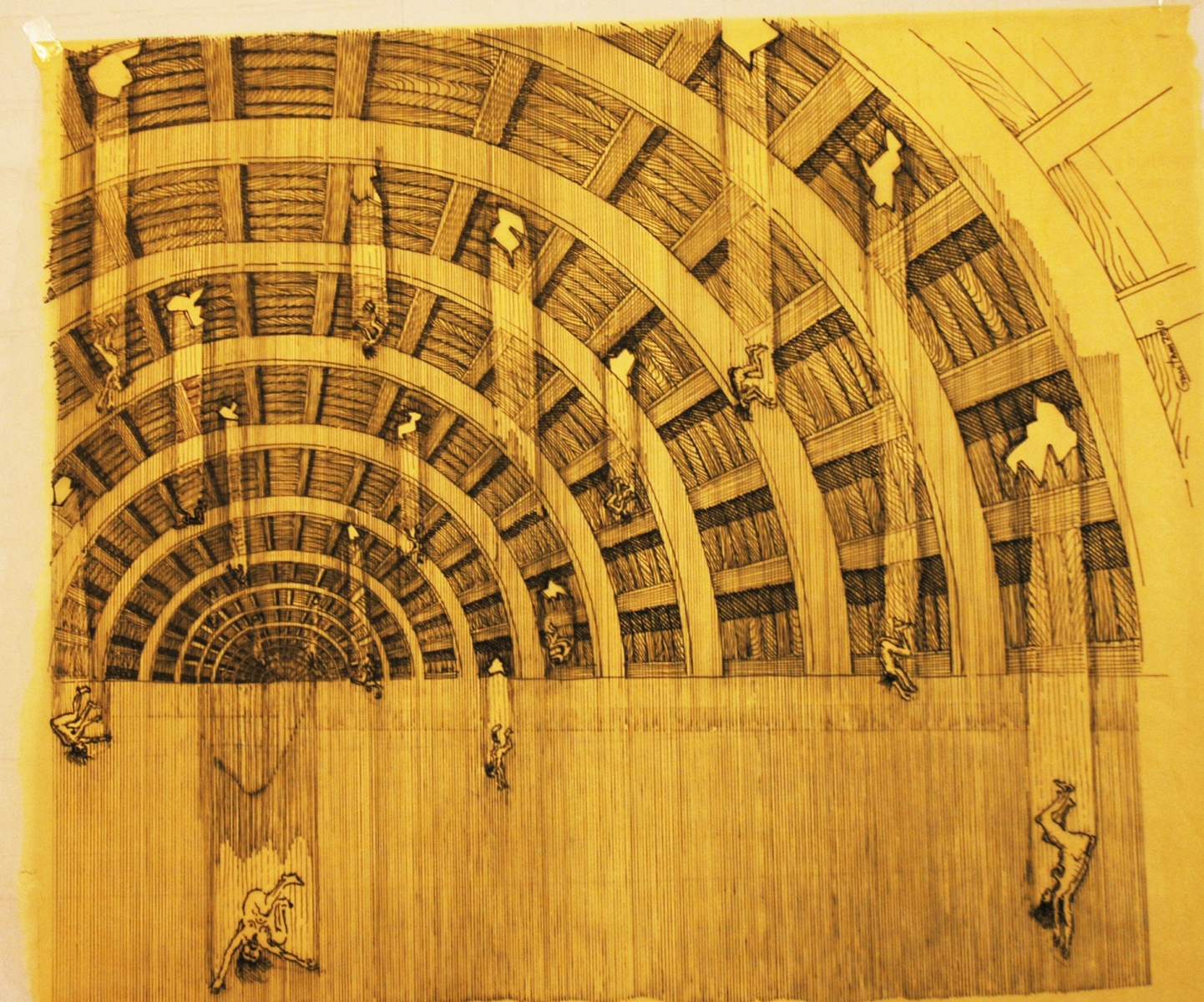 The weight of building leaves a permanent shadow on the ground, a grey-black area of mystery quite unlike the restless shadow of a moving person that follows him or her around. Its depth is as devious as it is impenetrable, but it is there, a historical archaeological footprint that cannot be erased. Permanence and immobility of building is a given. You accepted it as a fixture, a certainty as sure as death. And when you build, you build with the brush of a black shadow, in the persistent hope that your building too will, someday, get the permanent resting place of death, that the immobile blackness will grow and darken as the building ages, as it becomes architecture. 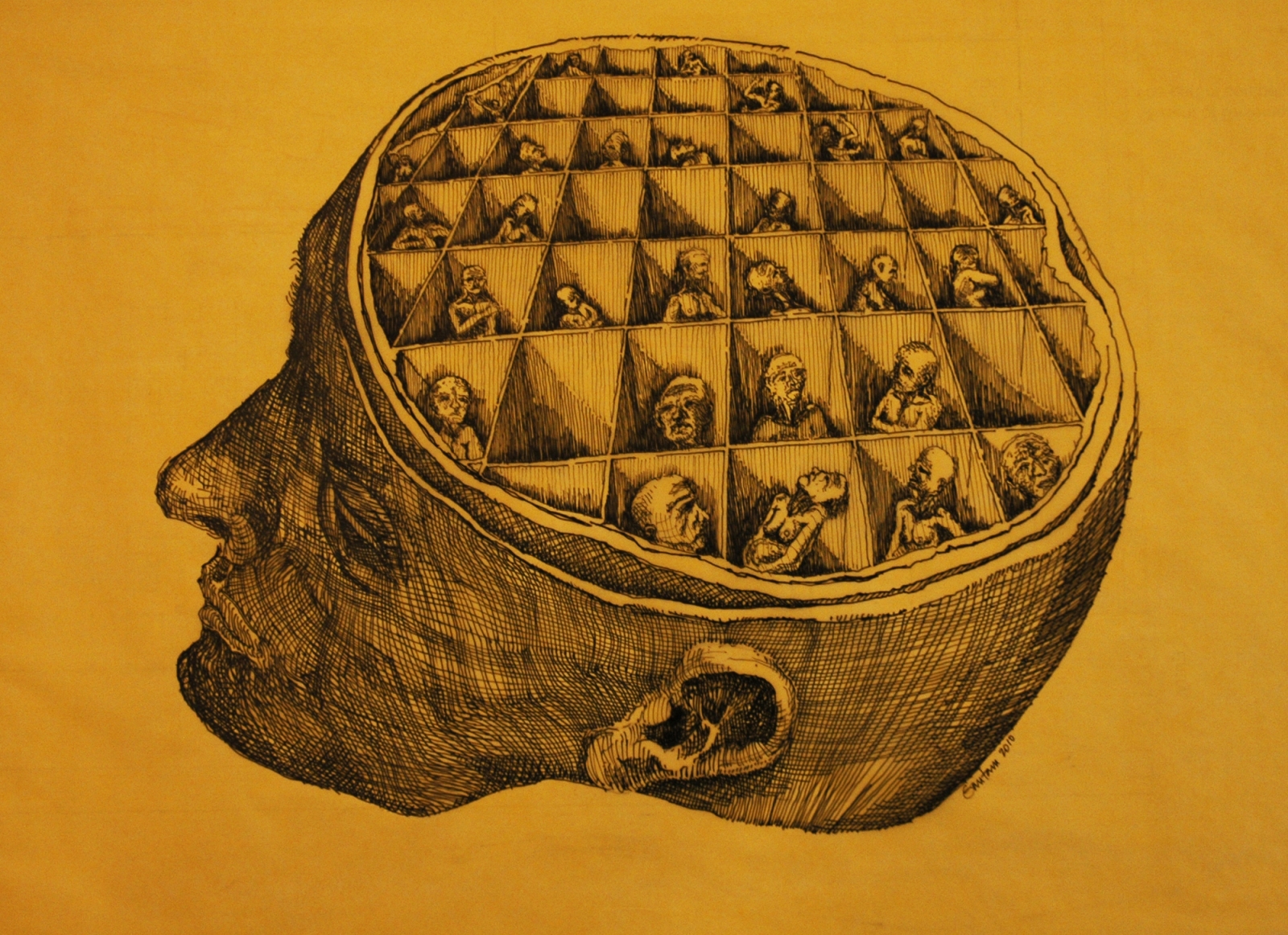 Gautam Bhatia is an architect based in New Delhi and one of the most well-known architectural writers in India, having written for The New York Times, Outlook magazine and Indian Express.