Justin McGuirk’s Radical Cities: Across Latin America in Search of a New Architecture should be required reading for anyone looking for ways out of the bleak social inequality we’re stuck in. There were 40 million more slum dwellers worldwide in 2012 than there were in 2010, according to the UN. Private markets clearly can’t provide universal housing in any way approaching efficiency, and governments are often hostile to the poor. The only alternative is collective action at the grassroots level, and I’ve never read more vivid reporting on the subject.

McGuirk is well aware of the factors working against serious housing reform. Decades of austerity imposed on poor countries by powerful actors like the International Monetary Fund have straitjacketed social-housing efforts. Even in affluent places, the cavalry of the central state isn’t coming, except maybe to spur more gentrification-led displacements. In a decentralized, stateless age, provincial and local officials—more importantly, citizens themselves—must figure out their own ways to more humanely reconfigure living conditions in cities.

No wonder Radical Cities looks to Latin America, whose ballot-box revolutions largely rejected austerity politics and, at the very least, created space for community activists to go their own ways. Moving beyond the hyper-individuated cult of the starchitect, the designers McGuirk profiles take activist stances, with or without the help of the state. In some cases, communities even reshape their own aesthetics without architects. These are new experiments in direct democratic control over resources, community engagement, and shared space.

This short review can’t do justice to all the examples so lucidly debated in Radical Cities, but here are some snippets. In Santiago, the design firm Elemental maximizes scarce government subsidies by building “half houses” that residents can upgrade over time. In Argentina, the indigenous cooperative Túpac Amaru builds houses four times faster than private construction companies, at less than one-fifth the cost. The organization complements its work with everything from hospitals to schools to public swimming pools. At the same time, it cultivates community solidarity and political activism among its members. 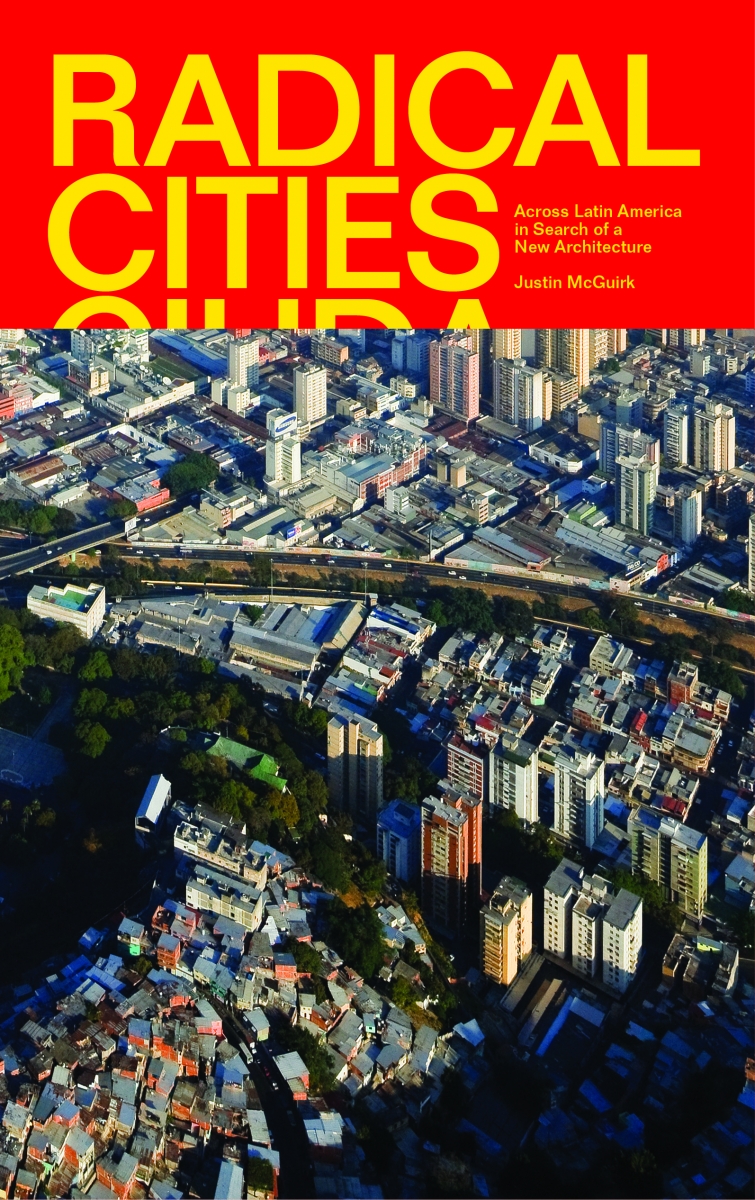 And then there’s Caracas, where residents forged a housing cooperative in the Torre David, an abandoned corporate office tower in the heart of the city’s business district. McGuirk points out that while Hugo Chavez’s reforms did little to change the city’s inhospitable built environment, they did provide cover for these 3,000 well-organized residents asserting squatter’s rights. This means harsh but improving conditions in a DIY fashion, where socialist reforms enabled residents (at least temporarily) to gradually establish middle-class trappings in perhaps the world’s tallest slum.

The otherwise modern tower lacks working elevators for its 28 occupied floors (imagine stepping out of the apartment for groceries). The cooperative had a distinctive payment system, ostensibly rewarding residents for the labor they put into their units rather than for the market value of each apartment. Then again, recent events underscore the reality that improved conditions through informal housing upgrades are precarious. Last summer, the government began resettling former residents of Torre David, and the building’s future, either as a housing development or office high rise, is uncertain. 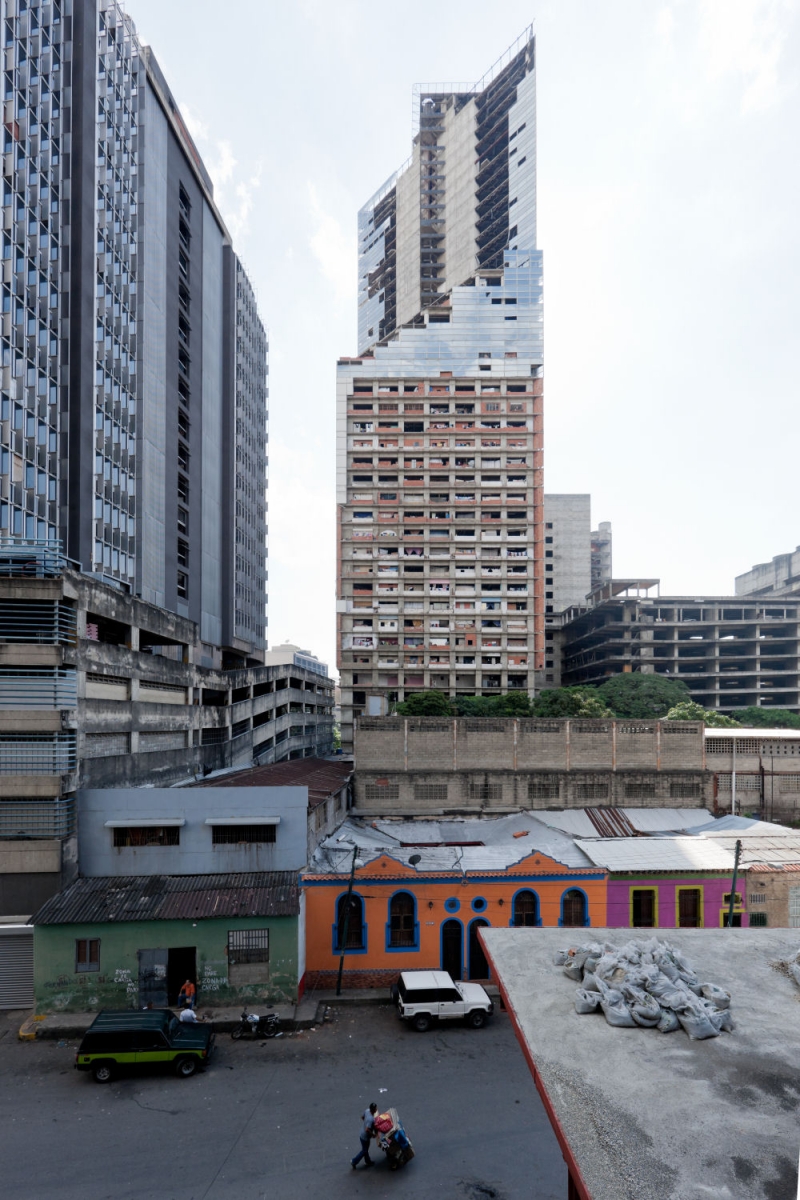 Until last summer, the Torre David was home to a community of squatters, whose self-organized housing model captivated the world.

Much has deservedly been written about Antanas Mockus, Bogotá’s wonderfully nonconformist former mayor. Mockus’s campaigns to improve traffic safety, reduce violence, and integrate the city via affordable public transit are well worth revisiting as current mayors like New York’s Bill de Blasio try to foment progressive change on shoestring budgets. We learn that Mockus’s philosophy derives in part from Stanley Milgram’s obedience studies, though Mockus prefers the term coexistence through established rules. As a case in point, he once commissioned an army of mime artists to enforce traffic laws.

You might observe by now that the cases explored here are not all that radical. None of them change the rules of the game in a world housing market that leaves 863 million people in slums. In fairness, it’s worth remembering that all this collective action comes in the context of a world where a seemingly immovable one percent controls about as much wealth as the other 99 percent. Vanguard design principles can’t renegotiate the World Trade Organization, restore progressive taxation, or rebuild welfare states.

On the other hand, radical urban innovators demonstrate just how subversive grassroots architectural efforts can be. Inclusive planning can create pathways into the heart of a city for the formerly excluded (as Bogotá’s path-breaking Transmilenio bus system does). It can renegotiate the unequal terms of private ownership, giving those with nothing the ability to acquire unused property (as did the residents of Torre David). It can foster community solidarity, laying the groundwork for political action based on shared interests (which Túpac Amaru pioneers, in part through the creation of shared spaces to promote social engagement).

Granted, social change on this steeply unequal planet can only be fragmentary. Radical Cities gives us hopeful fragments.

Joshua K. Leon is an assistant professor of political science and international studies at Iona College. His writing on cities appears in publications including Metropolis and Dissent. His book The Rise of Global Health: The Evolution of Effective Collective Action was released this month. He lives in Manhattan.