Susan S. Szenasy on the Need for Greenbuild To Go Mainstream

It may be more challenging than anyone has supposed for Greenbuild to penetrate popular consciousness. 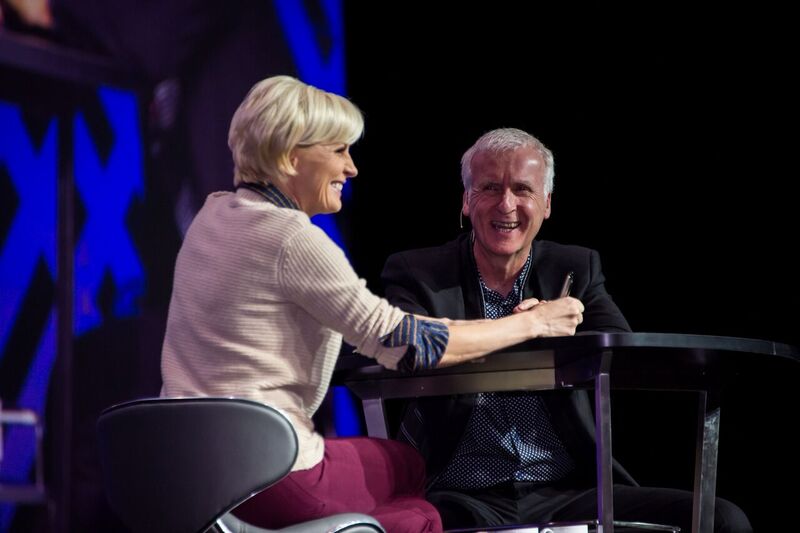 In November, I boarded Amtrak to head to Washington, D.C. Our capital city, boasting more monuments than any other in the country, apparently inspires Greenbuild, the annual conference of the United States Greenbuilding Council (USGBC), to make some monumental announcements. Much has been accomplished in the organization’s 23 years of environmental advocacy. But it may be best known for its LEED-rating programs, which consider construction and planning at all scales, asking architects, builders, and developers to pay attention to, among other things, water, energy, and health—all that our home planet, and the living creatures that inhabit it, need to survive and thrive.

At this conference, we heard, for instance, that by 2018 the U.S. will account for 3.3 million jobs in green construction, generating $190 billion. Message received: Greenbuild means business, and it’s going mainstream. This is what we’ve been working toward for a quarter century, and it is monumental indeed. My hopes soared as I anticipated the opening keynote by James Cameron, writer, filmmaker, documentarian, deep-ocean explorer, and organic farmer—a powerful thinker who is also a savvy businessman, and fabulously wealthy. Knowing this, I expected an inspirational discourse on environmental stewardship and capital generation, as envisioned by the creator of imaginary worlds made possible by advanced technology. What we got, instead, was trivia, and at least one disturbing afterimage.

Cameron, interviewed by Mika Brzezinski, the co-host of MSNBC’s Morning Joe, was treated as just another celebrity. one question, which didn’t seem to go away, was about his diet. What did the organic farmer/vegan have for lunch? it’s 8 o’clock in the morning. he barely had breakfast.

No questions about the imaginary worlds Cameron has created in films such as Aliens (1986) and The Abyss (1989) or about how his thinking might inspire the green builders in the room. All Brzezinski had to do was watch Avatar (2009) and look online to discover the filmmaker’s obsession with our poisoned planet. A quick internet search would have revealed that Cameron has written several sequels to the movie and is executive-producing the second season of his national Geographic documentary series, Years of Living Dangerously, on our obscenely careless treatment of resources. Worse yet, the moderator was clueless about the audience, which included green builders from many different professions, let alone about the significance and goals of Greenbuild itself.

At one point, Brzezinski fondly recalled the story of how her famous father, Zbigniew, national security advisor to the Carter administration, subverted the president’s early efforts to save energy. It appears that, on those hot D.C. summer days, when the White House became overheated, “Papa” put a lightbulb next to the thermostat to crank it up and cool down his office. This recounting of a minor, private revolt against a well-meaning public gesture to call attention to our overreliance on fossil fuels must have been a cringeworthy moment for the thousands of die-hard, longtime environmentalists gathered in the room. I know it was for me.

From Brzezinski’s disastrous Cameron interview, I learned that it may be more challenging than anyone has supposed for Greenbuild to penetrate mainstream consciousness. Clearly, this is an organization that encourages professionals to focus on world-changing activities as well as develop the skills that support them, and, as such, it resists superficial treatment by celebrity pundits and journalists. Those who speak to and with green builders need to connect with their values of environmental stewardship and know how their efforts are changing the quality of the air we breathe, the water we drink, and the foods we eat. Mainstreaming this movement is in everyone’s interest. It requires smart, dedicated people who understand that social and cultural discourse is key to our health and, yes, survival.