The High Line Effect: Are Our New Parks Trojan Horses of Gentrification?

This has been a great year for parks in America—but is this new generation of High Line-inspired parks embedding social injustice into our cities? 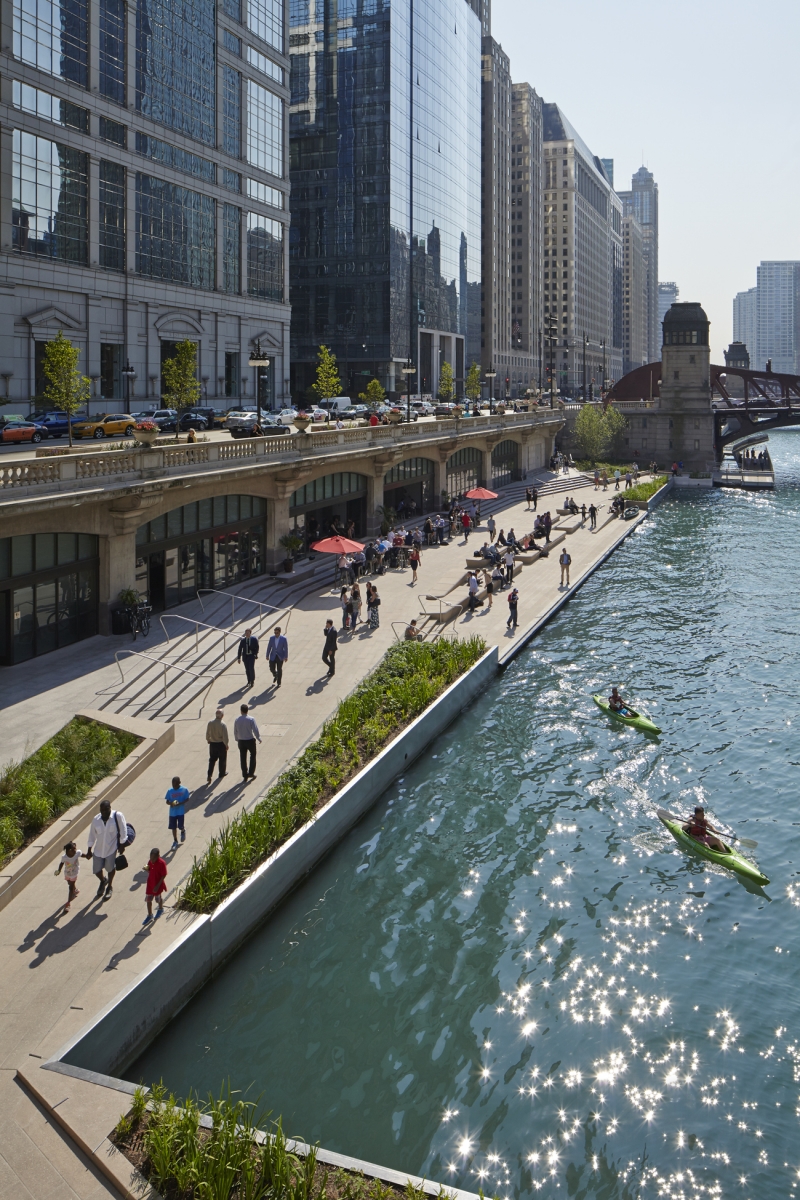 The final phases of the Chicago Riverwalk, designed by Sasaki and  Ross Barney Architects, opened this past October. The previous phase of the 15-year project, which included the River Theater, opened in June 2015.

Big surprise: Parks are now for yuppies. Some of us might still have an image of green and open public spaces as being places where people of all incomes, races, backgrounds, and interests can mingle, freeing themselves from a system of which the city grid is the very embodiment. There is a long history of landscape architects designing and municipalities decreeing parks to be not just places where those with means could enjoy their leisure, but also artificial Edens where the working class could escape from their grim places of working and living. The latter option is becoming more and more difficult to find.

To a large extent, that is because parks are in the hands of private or semi-private entities. Since the emergence of business improvement districts in the 1970s (the first one was formed in 1970 in Toronto, and the first U.S. one in New Orleans in 1974), and the creation of public-private partnerships to help improve and even manage parks—the Central Park Conservancy, founded in 1980, has been doing this since 1998—it has become clear that the purpose of open spaces is to provide clean, safe environments where people who work around them can engage in activities that are seen to not tax the swards of green too much. No loud music, sex, or active team sports are allowed there.

Now parks are becoming even less porous havens as they worm their way through the middle of our urban environments, becoming linear adjuncts to the grid. The public space they provide makes use, more often than not, of the need to control water. Some of the most successful parks, such as the strips of green that follow watercourses through parks like Hyde and Regent’s in London down to the Thames, as well as new ones such as the flood control devices designed to ring Manhattan and Brooklyn, combine a necessary piece of infrastructure with narrow slots of space where you can run or watch the sunset. Steps that provide places for promenading, running, and consuming overpriced drinks from built-in bars now surround the Chicago River, famously flowing the wrong way as part of a master plan overseen by Daniel Burnham. Ironically, though these new parks are more integrated into the urban fabric, they are also more exclusive, affording few places to seclude yourself, shelter, or even rest.

All of these new parks also do wonders for the value of the real estate around them, which, these days, is not where working-class people live.

The latest twist is the appearance of a new kind of park that isolates itself from the urban fabric. The first of these, and by far the most successful, was New York’s High Line, built in phases starting in 2006 and ending in 2014. Because you have to take a staircase or an elevator to get there, the barrier for those who might just want to be there because they have nowhere else to be is higher: There is a premium on being able and active, and it is easier to control who enjoys its elevated perches. Moreover, there are no places to hide or to get away. The High Line is about admiring the city and its inhabitants as works of art.

The formula has been copied in cities such as Chicago, which has its own High Line, the 606, and now the designer Thomas Heatherwick has found not one but three ways to take the concept even further: by turning a park into a bridge in London, renovating an isolated pier in Manhattan, and on the same island, building a tower of connected metal staircases that will be the centerpiece of the Hudson Yards development. These are neither green lungs nor places for playing sports. They are controlled places of spectacle.

New York has gained two very large new parks in the traditional sense, but both are even more isolated than this: Freshkills Park will be opening (in phases, until 2036) on top of what was once the world’s largest dump, which is on Staten Island, and the Hills opened this past July on Governors Island, which is, well, also an island. This too is a trend, with such large parks as we are building often turning up in areas far away from neighborhoods whose inhabitants might benefit the most from their amenities. 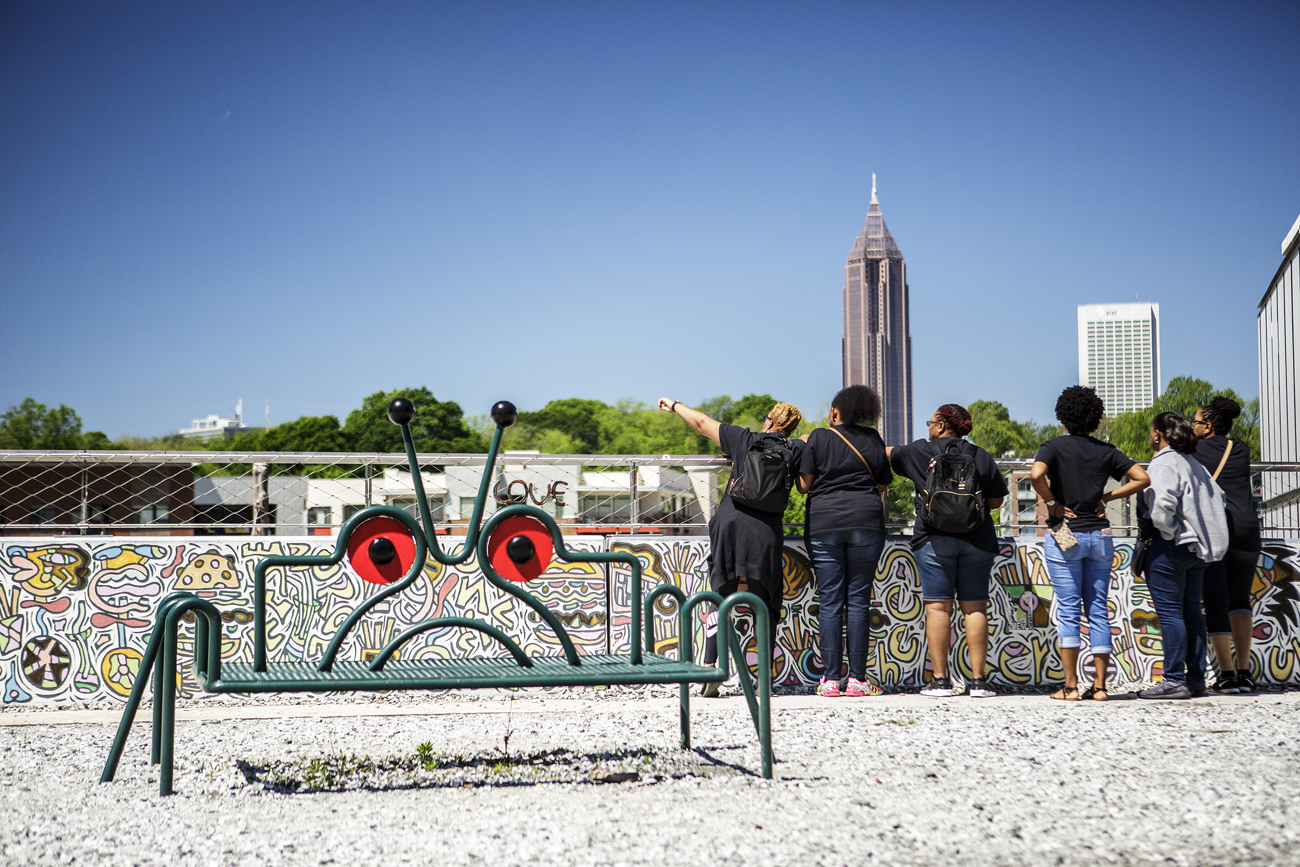 The Atlanta BeltLine project is a public space consisting of a 33-mile network of multiuse trails. The Eastside Trail (above) opened in October 2012, with work to extend it beginning this past spring.

None of these new parks, in other words, are places where, if you are poor and don’t have an adequate place to live or play, you can escape and find free spaces that we as a society provide for you. Instead, you are expected to be well dressed and behave. No rowdiness, no sex, no cooking, no doing anything that wealthy people do in the privacy of their ample homes should happen there. Instead, all of reality should be an aesthetic object you enjoy, perhaps while perfecting your own body as such a thing.

All of these new parks also do wonders for the value of the real estate around them, which, these days, is not where working-class people live. A relatively small investment such as that in the High Line can unlock billions of dollars’ worth of value that accrues to developers and the rich who are their clients. No wonder that Ryan Gravel, the urban planner who single-handedly came up with the idea for and shepherded the development of the BeltLine Park in Atlanta, has resigned from the project’s board because he realized it will only increase gentrification. It will.

At the High Line, there is a premium on being able and active, and it is easier to control who enjoys its elevated perches.

This is not to say that parks, including the Atlanta BeltLine, are necessarily bad. Most of the new generation of semiprivate yuppie parks do create both social and environmental benefits. The problem is that, along the way, they reinforce the embedding of social injustice into our physical urban fabric. I watched this happen firsthand in Cincinnati, where I lived and worked for eight years until 2015: A small, run-down park called Washington Square and an adjacent school with a heavily used public pool were torn down, an adjoining parking garage used by the rich patrons of the adjacent Music Hall was excavated, and a heavily policed, gimmick-filled park was laid out on top. The result? Instant gentrification and the takeover of the whole area by the white upper middle class.

There is another way. In Los Angeles, Gehry Partners is continuing the process of working with countless community groups and the City of Los Angeles to map and study the whole run of the L.A. River, from the mountains to the sea. The designers are using data analysis to show that, for instance, providing access to the river at certain crucial points will improve health as well as ameliorate pollution in neighborhoods that have some of the worst problems in both areas. They are drawing on their knowledge of physical space to figure out how to make a difference.

On the other end of the spectrum, the spread of community gardens, especially in Detroit, is turning parks into places with very real benefits for diverse communities (although they also run the risk of becoming yuppie gardens). These too are not designed in the traditional sense. From a philosophical perspective, theoreticians are calling for the re-embrace of the “commons,” a place that is underdesigned and unpoliced, open for all for diverse uses, as long as they are not permanent and do no harm. The aesthetics of nature here give way to the removal of barriers.

Don’t get me wrong: I love places like the High Line. But if we are going to use design to make our world better, rather than just more enjoyable for those few of us who have the leisure to enjoy good urban art, we will need more open space that is open to all. 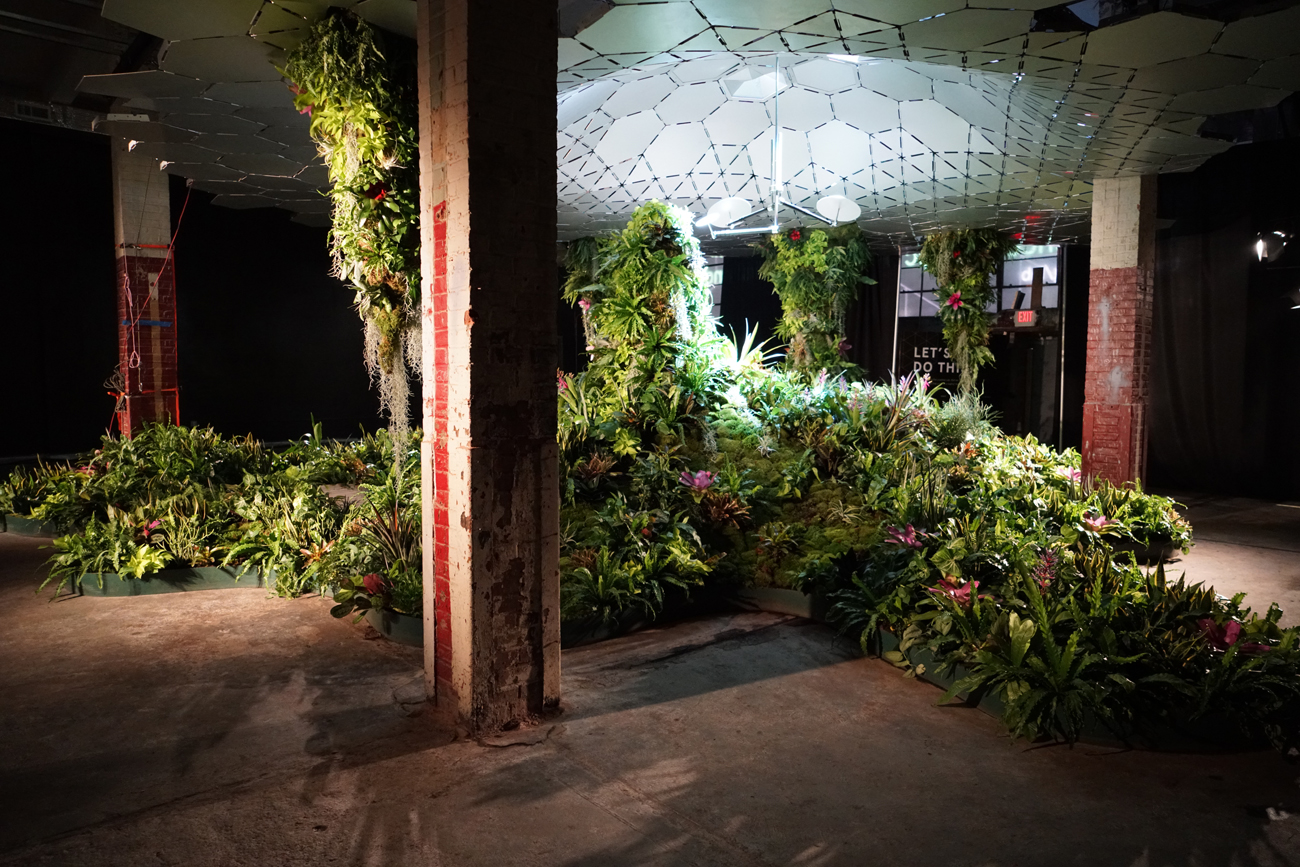 From October 2015 to March 2017, New Yorkers are able to visit the Lowline Lab, an exhibit that gives them a preview of an upcoming underground park imagined by Dan Barasch and James Ramsey.