How We Transition to More Energy-Efficient Infrastructure: The Microgrid

The award-winning lighting designer James Benya argues that to truly leverage sustainable technologies, we should rethink our electricity system as a whole. 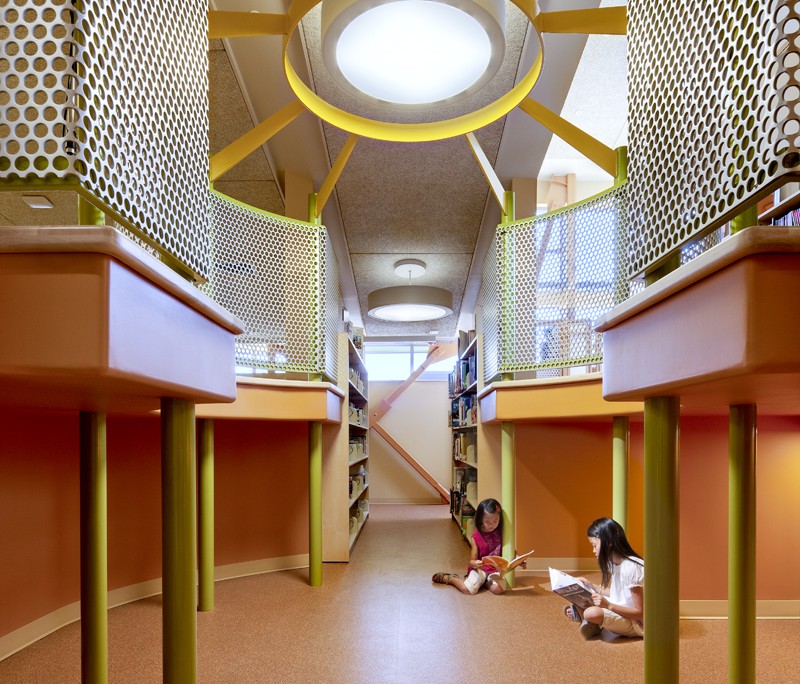 In the early days of electricity, there was a “War of the Currents.” Thomas Edison promoted power based on direct current (DC) and George Westinghouse (using Nikola Tesla’s patents) promoted power based on alternating current (AC). Edison’s DC system would require many small, local power-generating stations, whereas the Tesla-developed AC system allowed for larger, less costly generating stations that were remote from where the power was finally used. So AC power enabled the power “grid” as we know it, as well as hydroelectric and nuclear power.

In those early days, most applications for electricity called for AC. But an increasing number of appliances and devices now depend on DC. Everything—from computers to LEDs, televisions to microwave ovens, server farms to variable speed HVAC systems—is fundamentally DC powered. Many more appliances, such as washing machines and refrigerators, could easily be DC powered as well. And solar-energy systems and fuel cells generate DC power, not AC.

Today, when we are increasingly concerned with energy efficiency, it is about time we looked into how much energy is lost because of this. At least some electricity is expended by the resistance in wires, and in transformers, especially when there is very little load on them. It’s even worse if you are using energy-efficient LED lights in a solar-powered building. The renewable DC power is being converted to AC for other uses, and then back to DC, losing energy both times. We need to change more than a century of AC power back to DC. The reason is energy efficiency, and the means is the microgrid.

Perhaps the biggest hurdle will be changing the role of the nation’s utility infrastructure.

Historically, we’ve seen buildings only as users and big utilities as the generators. But what if all buildings had the ability to generate electric power? A microgrid means each building has its own grid, with some generators on property. With our current technology, such as solar photovoltaic (PV) panels and cogeneration plants, individual buildings can already generate as much power as they can afford, and efficient DC/DC adaptation has overcome practical problems of transforming voltages, at least over short distances. 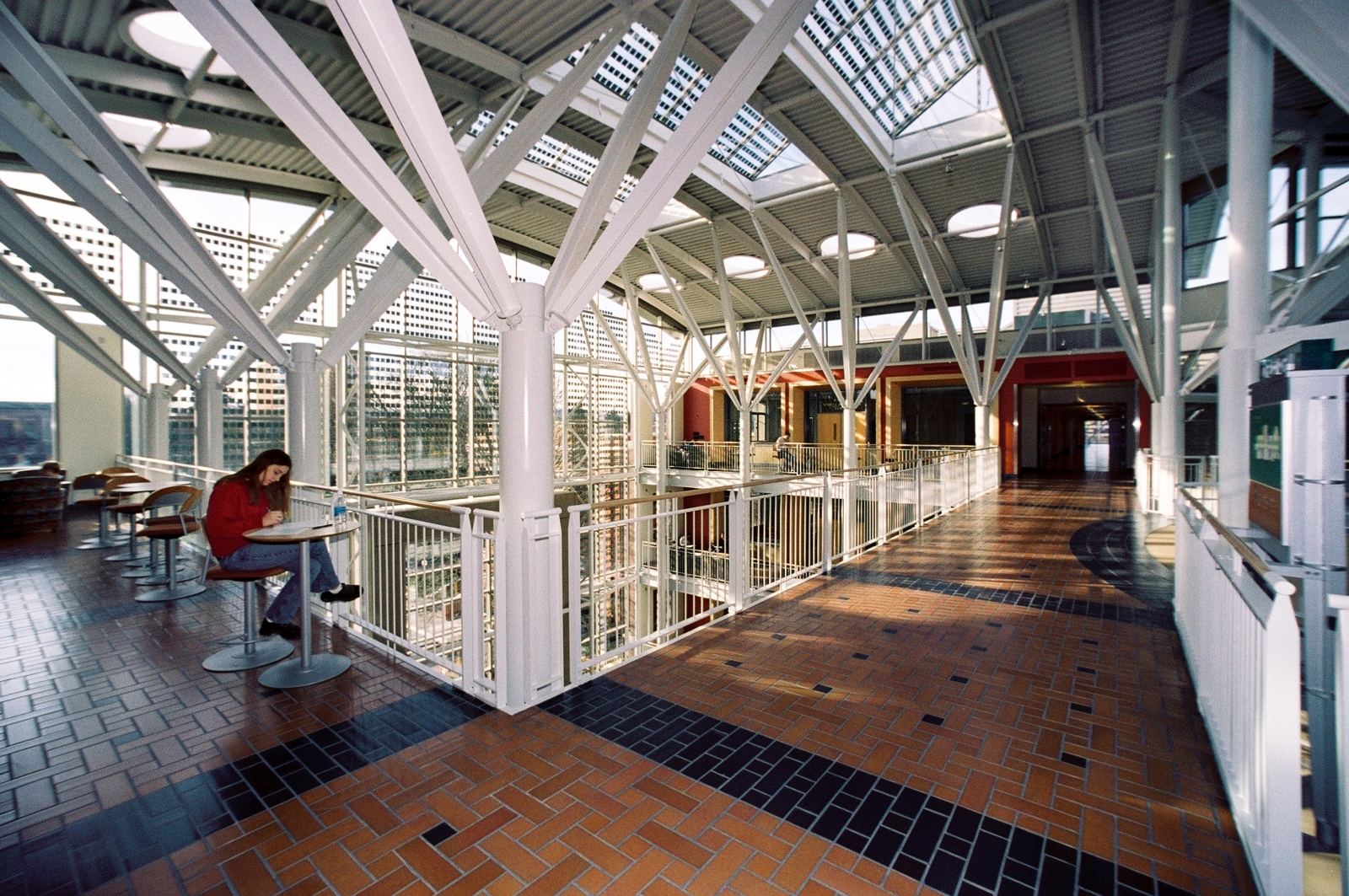 As buildings become more energy efficient, we can foresee practical microgrids in our future. Imagine a home in which PV panels generate electricity during the day, and a small natural gas, biogas, or hydrogen fuel cell cleanly generates power and heat at night. Almost everything is DC. Storage batteries can operate the home for a day or more without sun or hydrogen power. Your electric car connects to the system, and its storage battery adds to the system’s storage capacity. The best thing about this DC system is that it saves at least 5 to 10 percent of all electric energy use. A legitimate distributed-generation electrification system, over time, could reduce not only the inefficiency of energy use, but also our reliance upon the grid and all of its vulnerabilities.

The microgrid is even more exciting for major non-residential buildings. Even buildings with limited room for PV collectors can employ fuel-cell-based cogeneration systems. Critical operation centers can employ large battery supplies or generators and could operate indefinitely in emergencies. A nationwide smart grid of utilities and microgrids could reduce losses and improve reliability of power everywhere. Microgrids especially make sense for net-zero buildings—something California wants to make standard in homes by 2020 and for all new buildings by 2030.

We need to change more than a century of AC power back to DC. The reason is energy efficiency, and the means is the microgrid.

As sensible and exciting as this seems, there are some major hurdles. There are three significant technical problems we still need to overcome. Firstly, we need inexpensive electricity storage solutions. Batteries are not good or economical enough yet to save power for when sunshine is not available or when there are interruptions to conventional energy sources. Secondly, we need reliable, inexpensive, small- and medium-scale natural gas and hydrogen fuel cells that generate electricity (and produce usable heat as a byproduct). Lastly, we need central electrical systems capable of taking in AC and DC power from generators and the utility grid and providing both AC and DC power as efficiently as possible.

At the larger scale, we need a radical change in electrical systems architecture, components, and design, and, with that, we will need new skills in contractors, electricians, and engineers. On some of Benya Burnett’s more complex projects, such as off-grid homes and military-grade ultrahigh reliability structures, specialized equipment and construction methods increased the cost and complexity considerably, as there are few mass-produced products and virtually no UL-listed components. It will take time, patience, and a large investment to make the transition to the efficiency that microgrids can bring.

But perhaps the biggest hurdle will be changing the role of the nation’s utility infrastructure. We’ve relied upon the energy industry for more than a century, and it is essential to our nation’s economy and security. We must have a plan to help it transition to a new role where the generators of electricity are everywhere, but, for the good of us all, the microgrids are still connected to a grid of utility services that ensure reliable and ever-cleaner energy for buildings and the work that happens in them.

James Benya is a principal and partner at Benya Burnett Consultancy. He is the winner of the 2008 Edison Award and a member of the LEED Sustainable Sites Technical Advisory Group.

On Wednesday, May 6, at Lightfair 2015, Metropolis editor in chief and publisher Susan S. Szenasy will moderate a panel about the collaborative process between architects and lighting designers. More on the event, which will include participants James Benya and architects Kent Duffy of SRG Partnership and James Theimer of Trilogy Architecture and Research, can be found here.