From Jails to “Justice Hubs”: New Report Details How Design Can Improve & Integrate Jails in Our Cities

Van Alen Institute today released “Justice in Design,” a report that examines how re-designing our jails could bring dignity and opportunity into the criminal justice system.

Following Mayor Bill de Blasio’s announcement this year of a plan to close the Rikers Island jail complex, long seen as emblematic of the City’s criminal justice failings and systematic civil rights violations, Van Alen Institute put together an interdisciplinary team of architects, planners, psychologists, advocates and more to reimagine what a jail can be—for detainees, officers, visitors, and the community at large. The report, released today by Van Alen Institute in partnership with Speaker Melissa Mark-Viverito and the Independent Commission on New York City Criminal Justice and Incarceration Reform, emphasizes the social connections and communal dimension of the criminal justice system, which must be considered when devising new designs for borough-based prisons.

The report, entitled Justice in Design, focuses on the importance of jails’ spatial and social connections to the city in advancing a set of design guidelines for the development of new, locally-based court and jail systems. The report’s findings emerge from three workshops, held in Brooklyn, Queens and the Bronx, involving groups most directly impacted by incarceration, including formerly incarcerated individuals, advocates, and officers. According to Jessica Lax, the director of Competitions at Van Alen Institute who oversaw the research team, “What we found was that, unanimously, people felt it was crucial to reenvision a more rehabilitative jail infrastructure.” With respect to Rikers, the report describes that “the isolated location, harsh environments, and challenging protocols make for spaces that are dehumanizing, unhealthy, and unsafe for many that come into contact with it.”

To address these failings in New York’s criminal justice system, the report recommends the establishment of “Justice Hubs,” which are informed by good design practices and foregrounded by “the overarching idea that jails are at their foundation civic institutions that define who we are as a society.” Consistent with this, the report recommends that jail buildings should be integrated into their surrounding urban context and provide services and programming to local residents. “When we talk about sites taking into account the context of surrounding communities, we are referring to the social fabric of the community,” said Lax. Justice Hubs “can serve as a place to rehabilitate community members, but they can also have spaces that serve individuals locally.” Lax continued, they can be “new community assets.”

According to the report, jails should also be located in close proximity to courts, in order to streamline the criminal justice process and keep detainees, most of whom are young men of color who cannot afford bail, out of jail until a verdict is reached. Concentrating jails, community resources, courthouses and civic services for prisoners in one area also facilitates formerly incarcerated persons’ re-entry into society, the report claims. One detainee quoted in the report said it was critical to “stay connected” after release, and, for another, to know “how to get things going in a good direction.” 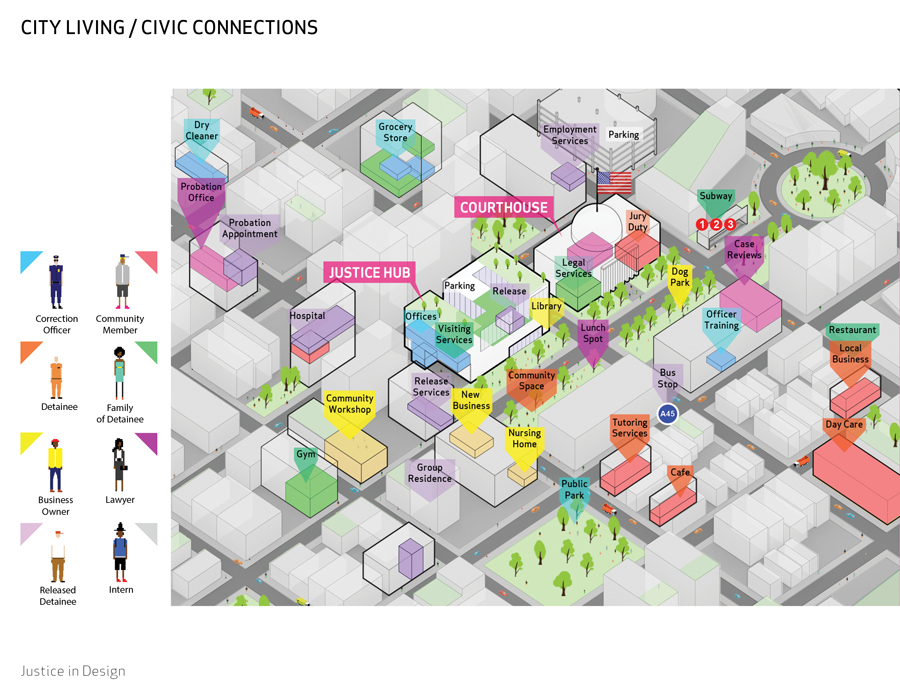 The Justice Hubs would be further integrated within its urban context by mimicking local architectural styles and materials, providing exterior seating and lighting, and being included in city-wide sustainability strategies. A single civic entrance, for officers and visitors, would further concretize more communal ideals by establishing a common threshold. All of these design prescriptions, which purposefully blur the boundaries between the jail’s interior and the exterior neighborhood, are intended to alleviate the stigmatization and fear of prisoners, among the most marginalized groups in society.

The report also outlines design guidelines for the interiors of Justice Hubs’ jails, particularly the residential spaces of prisoners. To help enhance prisoners’ dignity and remedy the “dehumanizing living conditions that are implicitly sanctioned by the criminal justice system,” the report calls for greater access to natural air, light, and outdoor spaces, and cultivating more domestic living environments. Spaces that include variation in color, furnishings, and functions are conducive to experiential and programmatic diversity, the report says, and could help “produce positive behavioral effects.” For visitors, making information easily accessible, producing open visiting areas, and facilitating respectful dialogue are described in the report as top priorities.

While some may view this report, which foregrounds the design aspects of jail infrastructure, as ignorant of the systematic and structural roots of our deeply flawed criminal justice system, it is critical to remember the potential of design to (re)shape social dynamics. The report takes seriously the conditions within jails, and suggests an alternative groundwork for a reconfiguration of the relationship between prison and city. “The guidelines provided through this report are incredibly flexible and offer a framework for future jail infrastructure…it’s so exciting to see the city actively engaging in conversations about alternative opportunities,” said Lax. As national discourse surrounding civil rights and systemic discrimination increases and accelerates, the report is a welcome contribution to the reestablishment of a criminal justice system that includes, rather than excludes, and that guarantees dignity and opportunity to this stigmatized population.

If you liked this post, you may enjoy “‘Prison Architect’ Raises Questions for Architecture as a Discipline.” 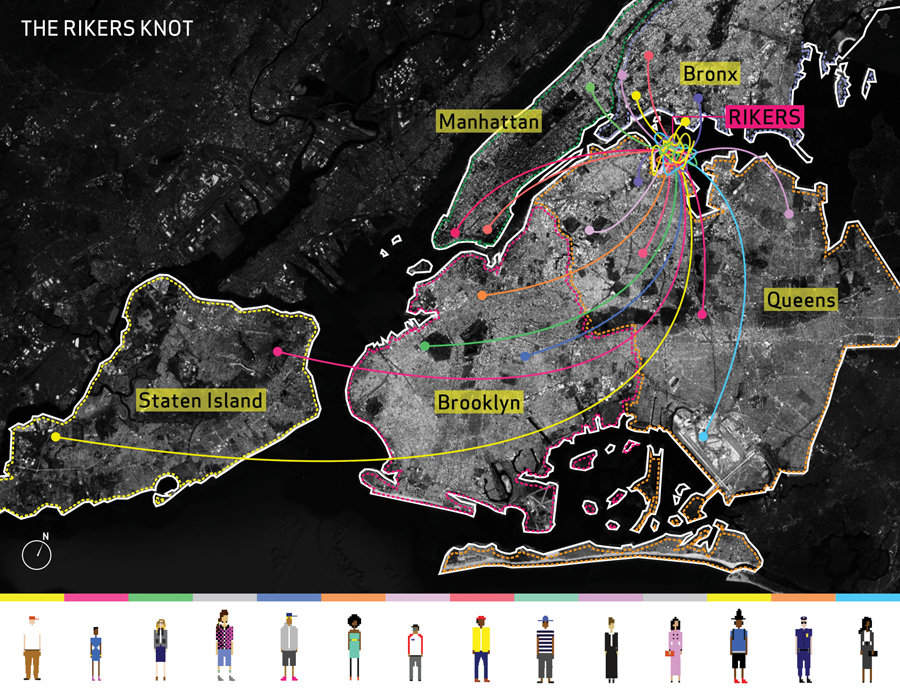 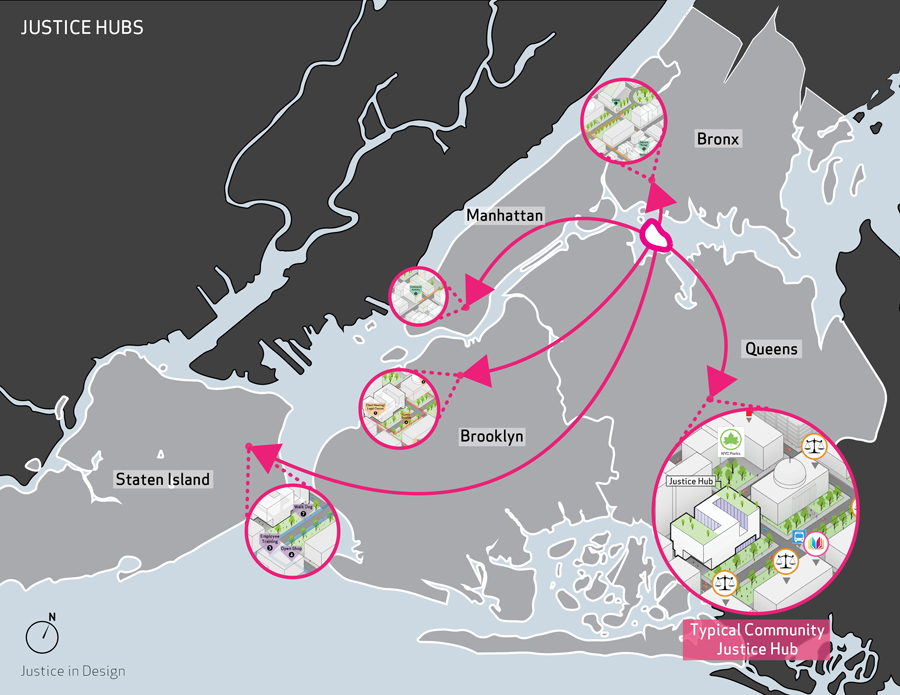