Keller Easterling on Hacking the Operating System of Our Cities

Author and theoretician Keller Easterling discusses how architects and urbanists might hack the operating system of our cities. 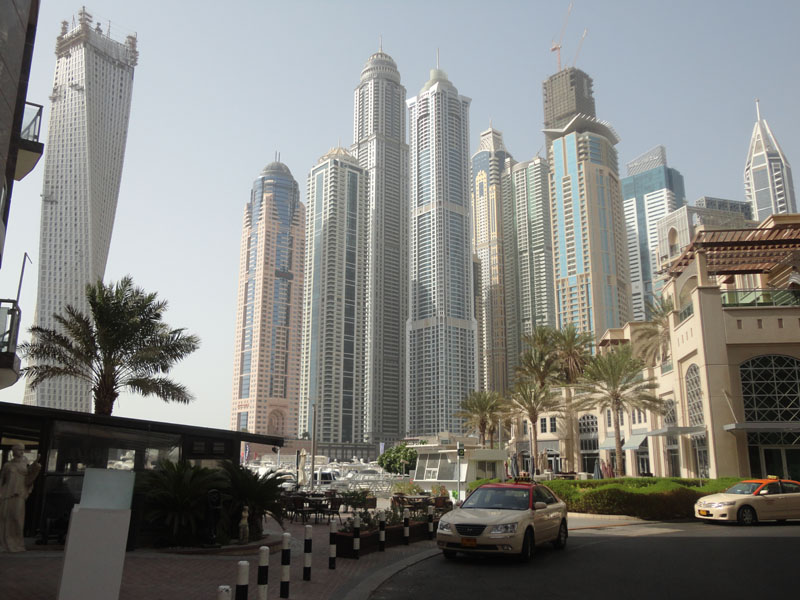 Dubai Internet City, 2012, where the Free Trade Zone, or simply Zone, begins to call itself a “city.”

In generations past, architects and planners were seen as the shapers of the built environment. Today, that role has been wrested from them by shadowy entities in the service of the world’s most powerful forces, such as zone operators and economic speculators. These forces operate within an expanded realm of control and legislation, writes Keller Easterling, professor at Yale School of Architecture, in her book Extrastatecraft: The Power of Infrastructure Space (Verso Books, 2014). Metropolis editor Samuel Medina asks her what this information-heavy space looks like: How might architects “hack” it? What new skills might they cultivate to shape society once more?

Samuel Medina: You begin the book, like so many writers and historians of architecture have before, with Victor Hugo: “This will kill that. The book will kill the edifice.” But you go on to invert this.

Keller Easterling: I was reluctant to invoke the Hugo passage because it is the dreaded preamble to too many architecture texts. But it was a good way for me to immediately say, “This is not a crisis.” The repeatable, formulaic spatial products—things like free-zone cities, retail stores, resorts, airports, suburbs—that I study and discuss in the book might signal to many the death of architecture. But I am arguing that, however unlikely it may seem, this matrix space brings to our art a new relevance, and even new aesthetic pleasures and political capacities.

SM: How is architecture now tantamount to information, or urbanism to software, as you put it early on in the book?

SM: A big part of the book is the phenomenon you call “infrastructure space.” How does this space feed into the definition of “Extrastatecraft”?

KE: Extrastatecraft describes the nation state that, far from being dead, has some sneakier partners. Many incredibly influential players operate like pirates or extra wives, outside of and in partnership with the state. These promiscuous pairings manifest in infrastructure space. While we typically think of infrastructure as pipes and wires under the ground, infrastructure space accounts for most of the built space in the world—not the substructure, but the urban structure itself.

SM: How does this space square with the more popular notion of the Internet of Things?

KE: The book does look at the huge population of cell phones in Kenya, for instance, which can be considered an Internet of Things. But, more crucially, it’s trying to say that space doesn’t have to be digitally enhanced to carry information. The repeatable formulas or recipes for space-making described in the book are something akin to software—an operating system for shaping the city. And that operating system can be hacked with forms that act like a switch or a multiplier—forms that establish an interplay between spatial variables. 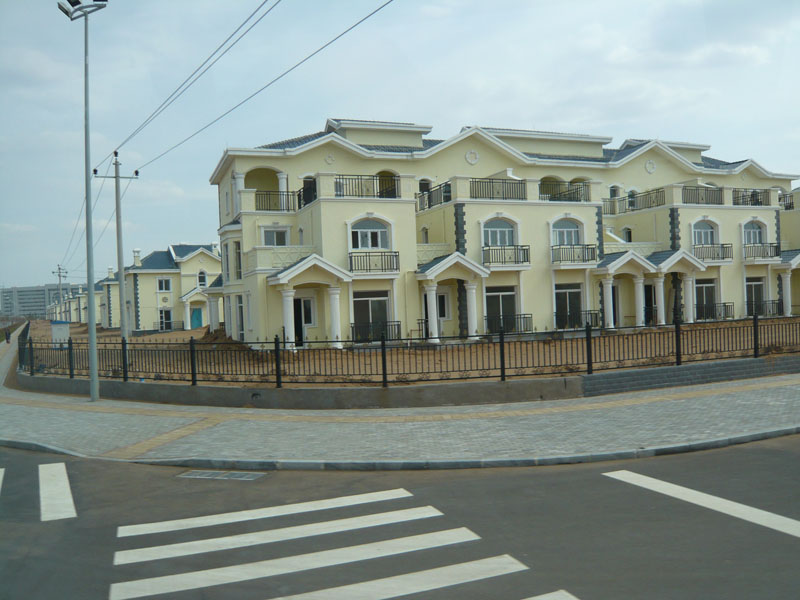 Fields of single family homes in Ordos, Inner Mongolia, 2008, whose masterplan is the result of a very simply software.

SM: Could you explain a bit more about what you mean by these recurring terms—switches, multipliers, governors—that are deployed throughout the book?

KE: I have tried to find ways to tune our perceptions to work with the information that’s already embedded in everyday space. I think we already know how to do it. In lectures, I often show a slide of a field of suburban houses…

KE: Or like in Levittown, New York, where you can literally see the kind of dumb software that’s at play there. It’s a simple software of multipliers. Like any operating system, it makes some things possible and some things impossible. As architects, we can see the way in which that organization is doing something. We can see the agency and information immanent in the arrangement.

SM: The bulk of the book is divided along three case studies, or stories, as you call them. Can you unpack their content a bit?

SM: Let’s take the Zone, the free economic areas like Shenzhen, China, that you write are cities in their own right.

KE: The Zone is an incredibly vivid vessel of extrastatecraft.The state and its extra players serve as camouflage or proxy for each other.Infrastructure space is the secret weapon of some of the most powerful people on earth because it enables them to operate in ways that are undeclared or drenched in elaborate narratives. That essential duplicity—that decoupling between what the organization is saying and what it is doing—is insidious and dangerous. At the same time, it also presents a political opportunity for a sneakier form of activism.

SM: Toward that end, you bring up the distinction between active form and object form to explain the avenues practicing architects can take.

KE: We’re architects—we make objects. It’s one of the things we’re trained to do, and it’s a perfectly reasonable artistic choice—to make only object form. But it is also a perfectly reasonable artistic choice to be curious about the spatial consequences of other kinds of form—what I call active form. The software of sequences, multipliers, or the interplay between spatial variables only expands a formal repertoire. It’s a non-Modern proposition—it’s not, as we read in Hugo, “This will kill that.” It’s not an either/or proposition. Active form and object form exist together. They propel and enhance each other.

I keep coming back to the simple software created for Savannah, Georgia, which was remarkable. It was designed as active form rather than object form. There was no town plan, but rather instructions for the town to grow by wards. Each ward had a quotient of public, private, and green space, and the appearance of each ward also triggered a reserve of agricultural space outside the town. It was a growth protocol. It was a time-released form that wasn’t just making one thing, but rather controlling a flow of things over time. That seems to me so powerful. 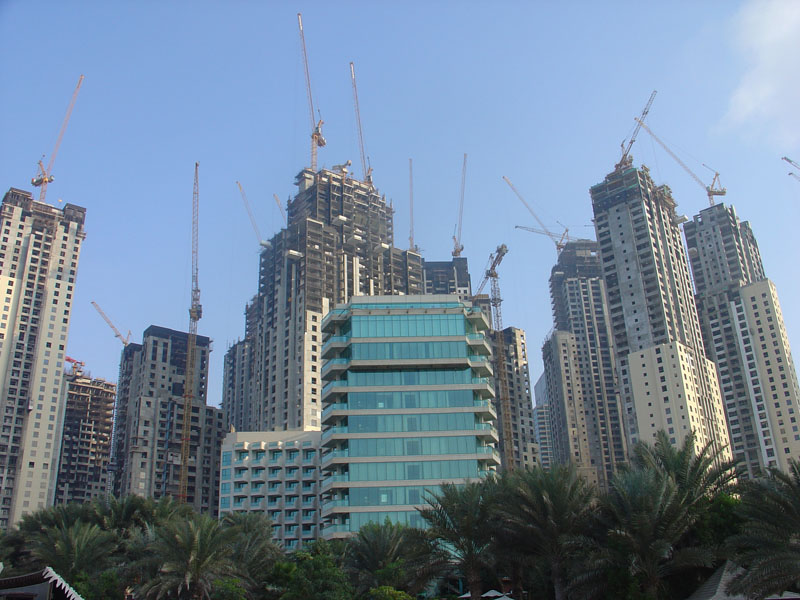 Dubai, 2005—what infrastructure space looks like. Our cities are encoded with information at every scale, and it’s possible that architects and planners may train themselves to hack those chains of code.

SM: You’re quite insistent on qualifying architecture and urbanism as arts. Why?

KE: Right. It seems to me that architects often, almost comically, avoid relevance by saying, “oh we can’t be working on these kinds of social political things because it would dilute our disciplinary knowledge.” That’s just a mistake in thinking, an error. What we might consider instead is positioning our art, undiluted, at a disciplinary crossroads for others—political, social, and other scientists—who are keen to engage spatial variables that are underexploited in global governance.

We define our relevance so narrowly, and the way that we script a political or social act is also often so limited. Say “social design” and that means you’re doing disaster housing or some kind of volunteerism. Meanwhile, most of the changes in the globalizing world are being written in the language of architecture and urbanism. That’s a very broad field in which to operate, but we’re under-rehearsed in how to operate in that world.

KE: I’m trying to expand a form-making repertoire where the object of design is not only the thing, but also the interplay between things. I am suggesting that we know how to script that software. We may be under-rehearsed in this repertoire, but it is powerful and available to us.

SM: So, you’re actually returning powers to the architect?

KE: I feel strongly that our central skills as architects and urbanists are extraordinary, and I am trying to position those skills in a more powerful place. Architects are incredible correlative thinkers, and our art probably doesn’t really need an extra disciplinary education. There’s nothing in our training that we lack. If anything, we have an enormous intelligence that’s underexploited. One doesn’t want infrastructure space to be a secret best kept from architects—we’re the ones best trained to manipulate it.