There, on the fourth floor, is a black-and-white painting Picasso could never bring himself to call complete; across the way, a half-finished yet exuberant portrait that sat in Klimt’s easel the day he died. For its inaugural exhibition, the Met Breuer collected a remarkably diverse set of artworks under the theme Unfinished. The exhibit addresses one central question: when is a work of art complete?

The question can just as easily be asked of the sculptural building these canvases now call home. After an extensive renovation, is the Met Breuer, the Marcel Breuer-designed museum that once housed the Whitney’s collection of Modern art (and which will be occupied by the Met for the next eight years), more “finished” today than ever before? 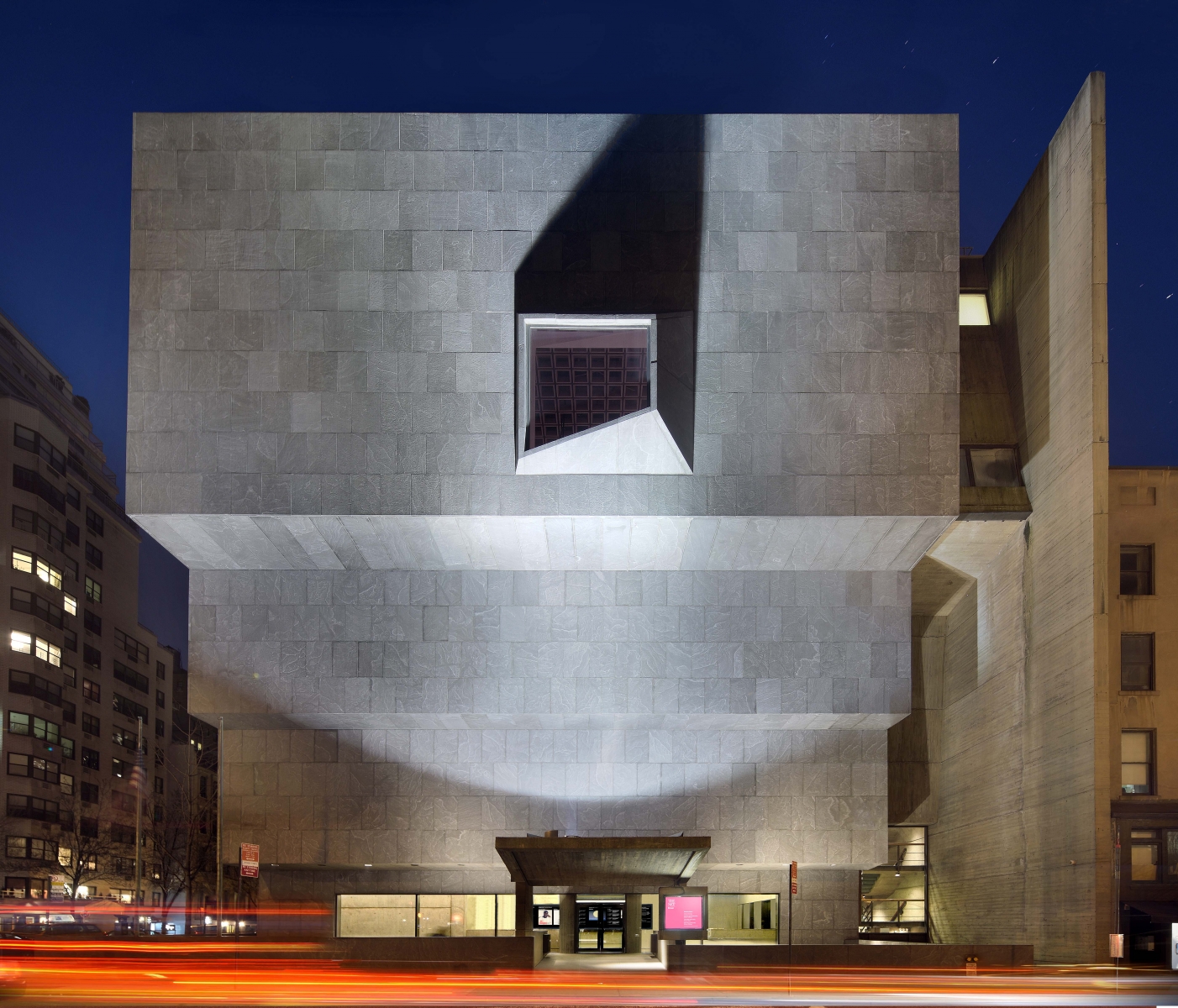 When it opened its doors 50 years ago, Ada Louise Huxtable described the controversial building as “harshly handsome.” At the time, Breuer’s building was the “most disliked building in New York City,” Huxtable acknowledged, in part because it was unafraid of “honest,” and one could even say “unfinished,” material expression. Breuer used board forms in such a way that you could perceive how the concrete had oozed through them, and often bush-hammered the concrete to expose the sand and cement typically hidden within. Nevertheless, the building had its subtle charms that slowly revealed themselves to the visitor; as Huxtable wrote, “first the Whitney repulses; then it intrigues; and finally, it is embraced.”

Decades later, Breuer’s building has reached a point in its history when it is, finally, being embraced—both by the city and its latest inhabitants, who have named the building in recognition of the building’s architectural significance. Thomas P. Campbell, director and CEO of The Met, explained at the Met Breuer’s press preview that, in renovating the structure, the institution wanted to restore “the purity, the beauty it first had when it opened in 1966.” 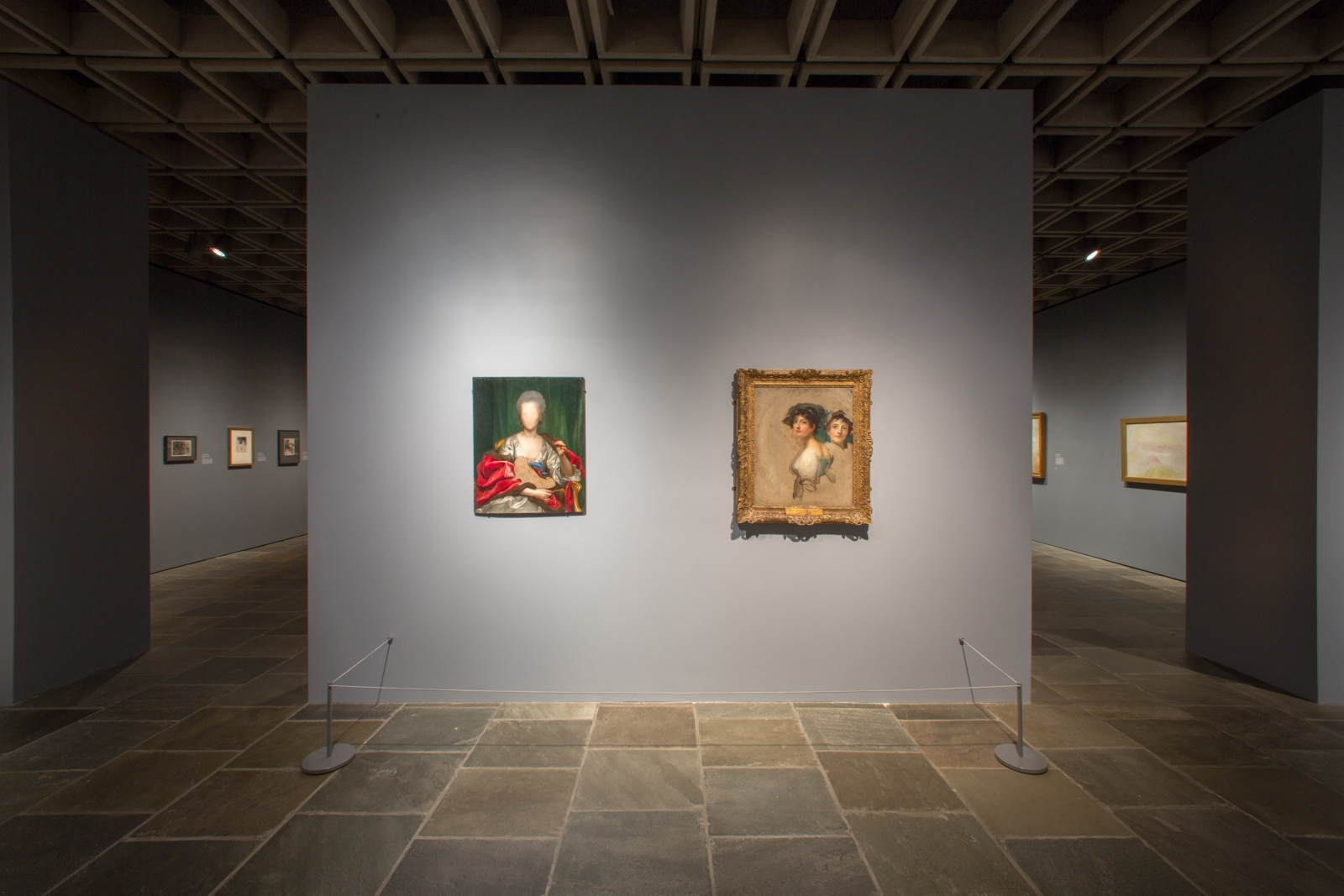 Central to that mission was the commission of Beyer Blinder Belle, a firm known for its conscientious renovation of mid-century Modernist buildings like Eero Saarinen’s TWA terminal. According to John H. Beyer, one of Beyer Blinder Belle’s founding partners, the firm poured over Breuer’s works, leaning heavily on the photographs of Ezra Stoller, in order to achieve “total immersion” of their subject. “It’s like becoming an actor of a part,” Beyer says. “You had to learn how to think like Breuer. Our whole goal was to make sure that what we were doing, we felt, is what he would have done.”

To think like Breuer involved not just recovering the building’s past, but also contemplating its future. Breuer was intensely interested in the “post-occupancy” of architecture,particularly a building’s evolving nature and significance throughout its lifetime. So he was fascinated by what he called “close-to-earth materials” like concrete, stone, wood, bronze: rugged, durable materials that showed age and, in his view, acquired dignity over time. 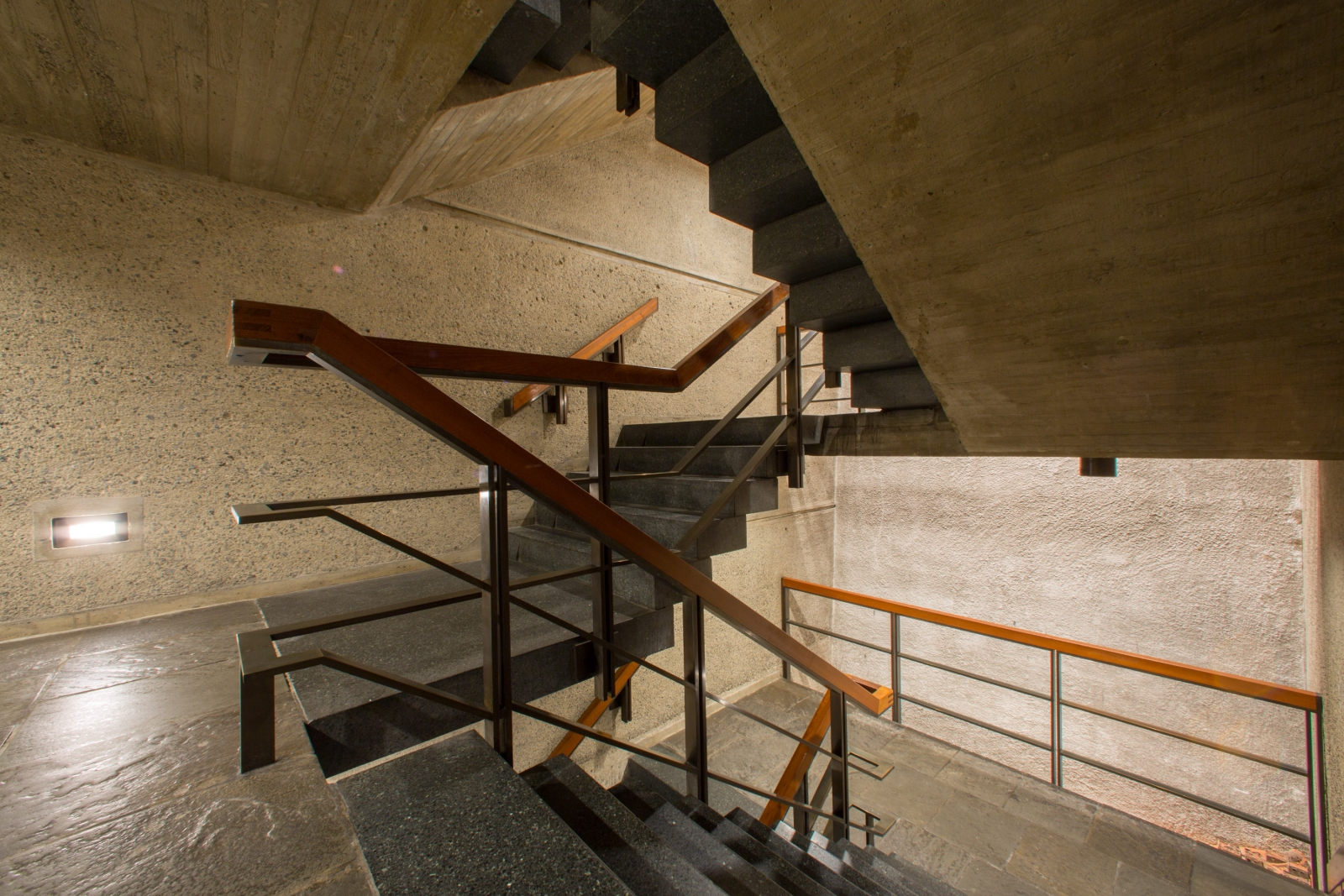 For Beyer Blinder Belle, then, the challenge was to respect the natural aging these materials were meant to undergo, while still updating the structure and repairing serious damage. Thus, the bronze brackets that frame the staircase, which had accrued a brass coloring from years of touch by the human hand, were left alone to tell their “story of time and use and age,” in Beyer’s words. The blue stone floors were treated similarly: patina was left behind, damage restored. The renovation was, as Beyer noted, a purposefully modest proposal. “We pride ourselves in making it seem like not much happened.”

Indeed, much of the building’s renovation consisted of subtraction rather than addition. The lobby was “relieved of clutter,” such as unseemly wires and cables as well as the retail display racks that had been burrowed into the bush-hammered concrete walls. In Beyer’s opinion, these changes contribute to the dignity of the interior, which can now “speak of itself, without having distractions. 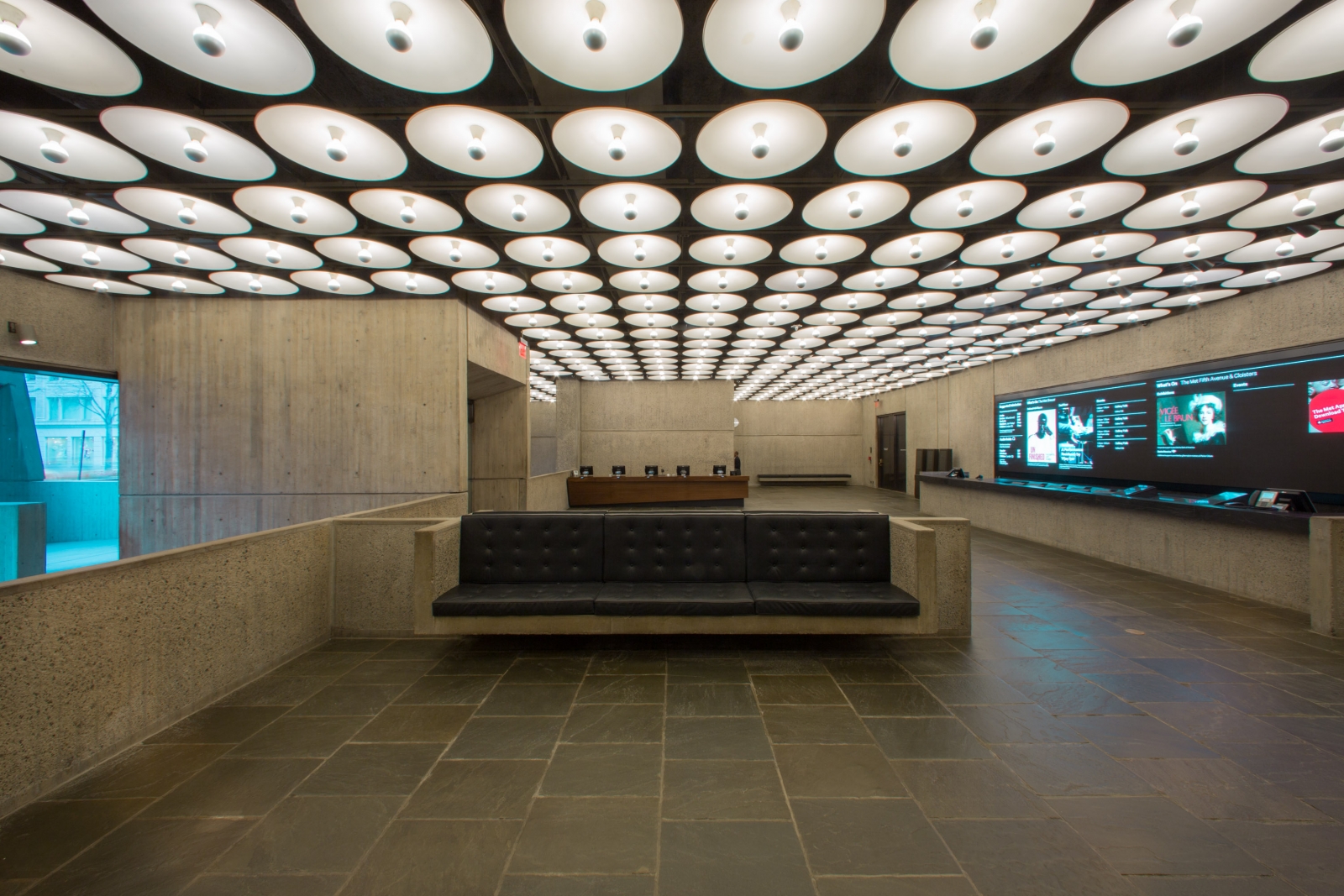 Of course, there are a few elements introduced in the renovation that were not part of Breuer’s original design intent. A 28-foot digital wall has been installed in the lobby, depicting pieces from current exhibitions. A black desk placed off to the side features a warped surface and an angular base that recall the building’s signature windows. The most notable alteration greets you at the foot of the building: a bright coat of red paint peeks out from the underside of the cantilevered, concrete entrance. The same red pops on the banners placed along the sidewalk, signifying that, yes, the Met has arrived.

And, ultimately, it is the Met’s stewardship that will determine whether Breuer’s building is complete or not. To keep the building relevant, to allow it to age gracefully as it was meant to, the Met must be invested in the work of inviting resident performers, curating immersive exhibitions, hosting free events, and commissioning new works. As the artist Kerry James Marshall remarked at last week’s preview: “We [artists] come to these places to see what’s possible, to be a part of that history […] My ambition is to be in and among the places of art I came to look at.” In the end, the Met has been charged with activating this space, with integrating it once again into the cityscape, with inspiring the many visitors who will come to see the art and the architecture, who will run their hands along the building’s bronze rails, and leave new stories behind them.