A Light Fixture Tailored to the Physiology of the Human Eye

A glass globe bristling with colorful tubes, architect Philippe Rahm’s Spectral Light for Artemide looks less like a lamp and more like something from the set of Star Trek. 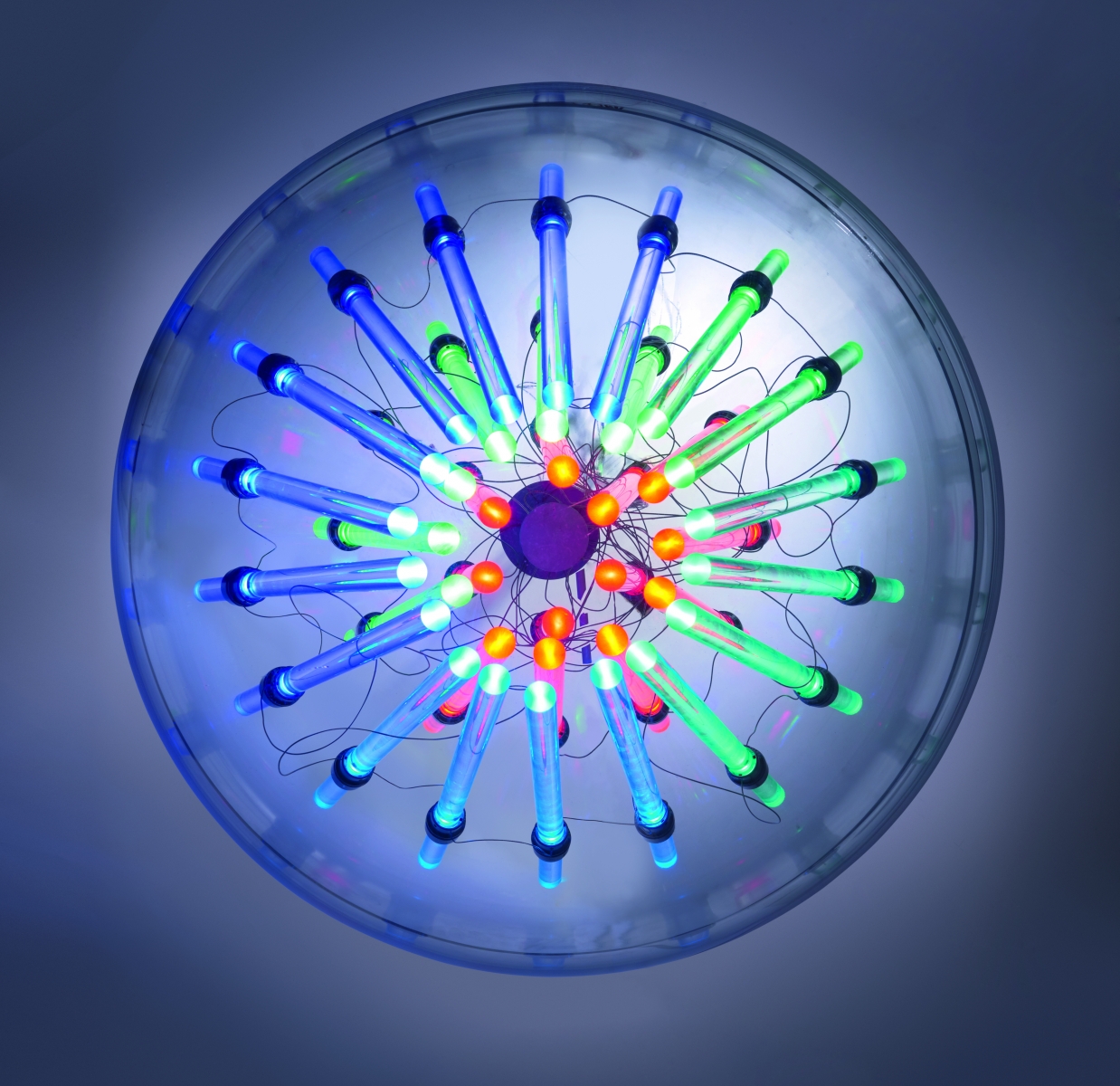 Philippe Rahm’s design might be the first lamp to reconcile how we manufacture lighting today with the way we (and other living beings) see.

In 1801, a brilliant young British polymath named Thomas Young had a breakthrough in understanding visual perception. Based on some masochistic-sounding experiments he had been conducting on his own eyes (such as attaching lenses to them with hot wax), Young hypothesized that we see colors because our retinas contain “particles” sensitive to three primary wavelengths of light. These “particles” we now know as cones “see” red, green, and blue light and allow us to perceive the full color spectrum.

When Artemide approached Philippe Rahm in January 2015 to design a lighting installation for the Salone del Mobile in Milan, the architect, as is his usual modus operandi, turned to basic physiological facts. What if, he and his team reasoned, there could be a lamp that emitted only wavelengths perceived by the human eye, unlike, Rahm says, “the old lamps that produce a lot of infrared [which our eyes can’t see]”? This new “economical form of lighting,” as he calls it, could also mean, for instance, that designers could create lamps that after dark would filter out blue light, which inhibits melatonin secretion and interferes with a good night’s sleep.

“But then we thought, that is too egotistic,” says the architect, who Metropolis profiled in 2014. After all, humans are not the only ones affected by the artificial lighting in our homes. Dogs, for instance, have only two cones in their retinas, so their world is dichromatic—composed of two colors. Hamsters have a peak perception wavelength of 505 nm, and plants use blue-green and yellow-orange wavelengths for photosynthesis. A light that could be tailored to all their needs could change not only our health, but also how we coexist with other species.

Providentially, such a form of lighting technology already exists: LEDs. Each little light-emitting diode depends on a semiconductor material to emit a particular wavelength, so by carefully mixing these chemicals, it should be possible to generate all the spectra that we and our domestic cohabitants might like. And that is precisely what Rahm set out to do.

The exhibit that Rahm’s team designed for Milan had two components. The first was the Spectral Light itself, a glass globe with slots for 36 light tubes. Each tube has LEDs that emit one of 18 different wavelengths, so users may choose the wavelengths suitable to their needs and screw those rods into the globe. 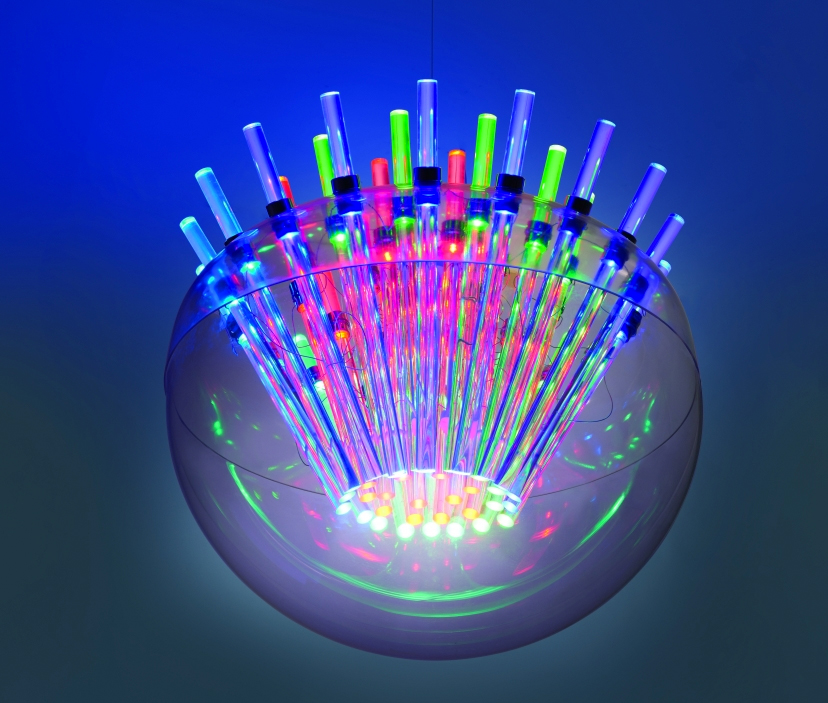 Developed for Artemide, the lamp deconstructs lighting into the different wavelengths visible not only to humans, but also to hamsters, dogs, birds, and plants.

The second part was an installation that used arrays of the same kinds of tubes as the lamp. As visitors walked into the space, the installation cycled through the wavelengths suitable for the various species that Rahm and his team had researched, so design enthusiasts were able to see, for a brief period, the kind of light that their pet Pomeranians might prefer. As a proof of concept it was, quite literally, eye-opening.

Now, ten months later, Rahm and Artemide are hard at work turning Spectral Light into a viable product. “The original idea was that you could buy different rods and put them inside the light,” Rahm says, “but if that’s too complicated, we could do a single object where you could use a remote control to change the light.” Commercial realities also raise other concerns, like the [lamp’s] dimensions, “because normally the manufacturers want to do a suite of products—on the table, suspended, on a stand.”

Eventually, the case for spectral lighting will have to be made on the basis of emerging research on energy consumption and health. The general energy efficiency of LEDs is well known, but the composition of LEDs in Spectral Light has to be optimized, since different colors have differing energy demands. And while a 1980 research paper confirmed the link between blue light, melatonin secretion, and good sleep, many other psychological effects of color and light are still under study. Nonetheless, as Rahm says, “We are more and more conscious about the toxicity of things. The light you receive: Is it toxic or not? Is it good or not?”

Beyond these quotidian applications and benefits, Rahm links spectral lighting to the era when Young conducted his ocular experiments: “Our design technique has a sort of rational brightness of the Enlightenment,” he says, in how it deconstructs the physical reality we take for granted. At the same time, the project undoes the centuries-old human-centric legacy of the Enlightenment era, defining, in the words of Carlotta de Bevilacqua, vice president of Artemide, “a universal Esperanto . . . to take care of man, animals, and nature.” 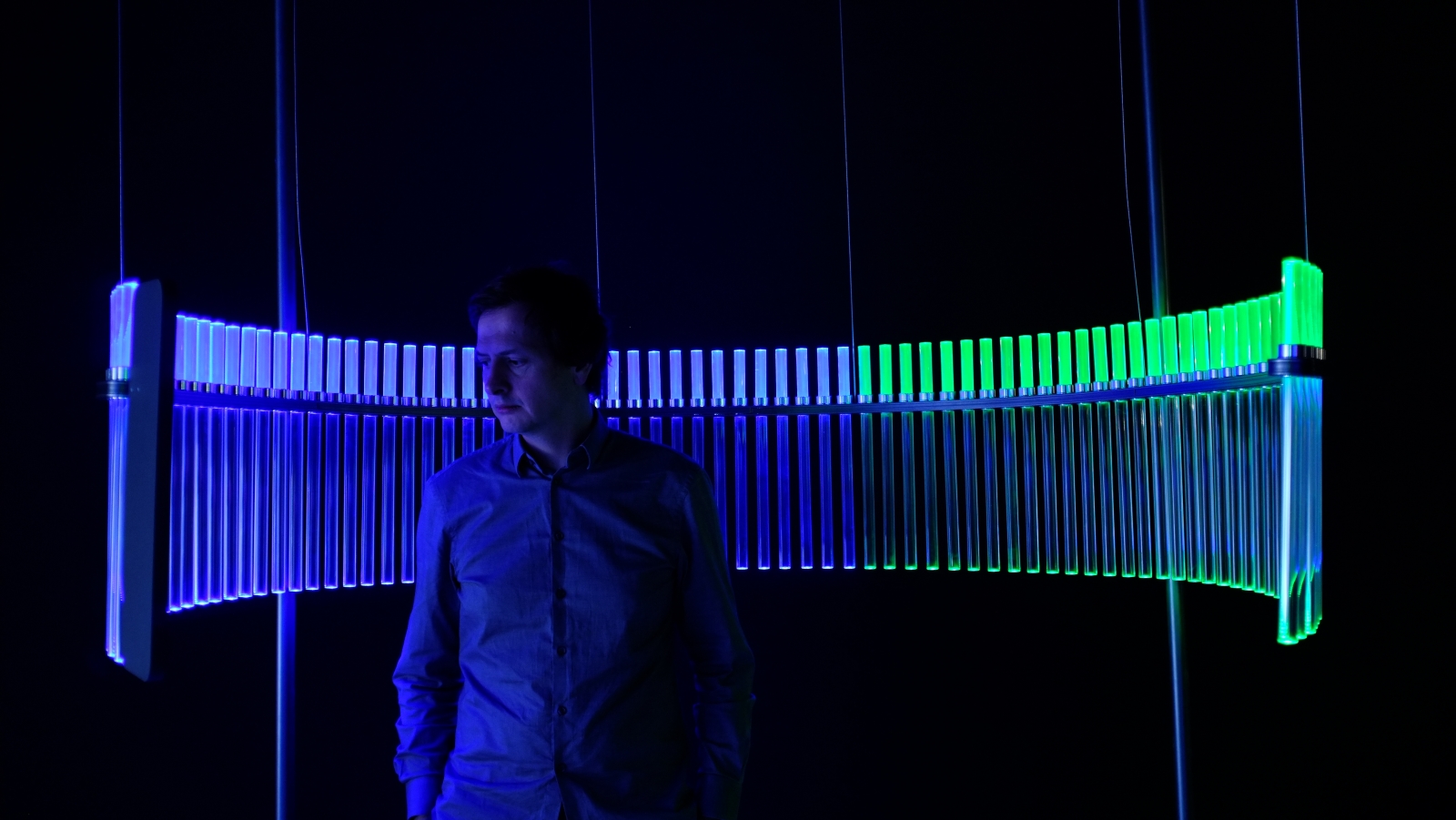 The prototype for Spectral Light was exhibited at the 2015 Milan Furniture Fair.

Rahm’s research for the project included understanding the differences between species and specifying individual light tubes called Artificial Rays with LEDs (below) that can generate those precise wavelengths. 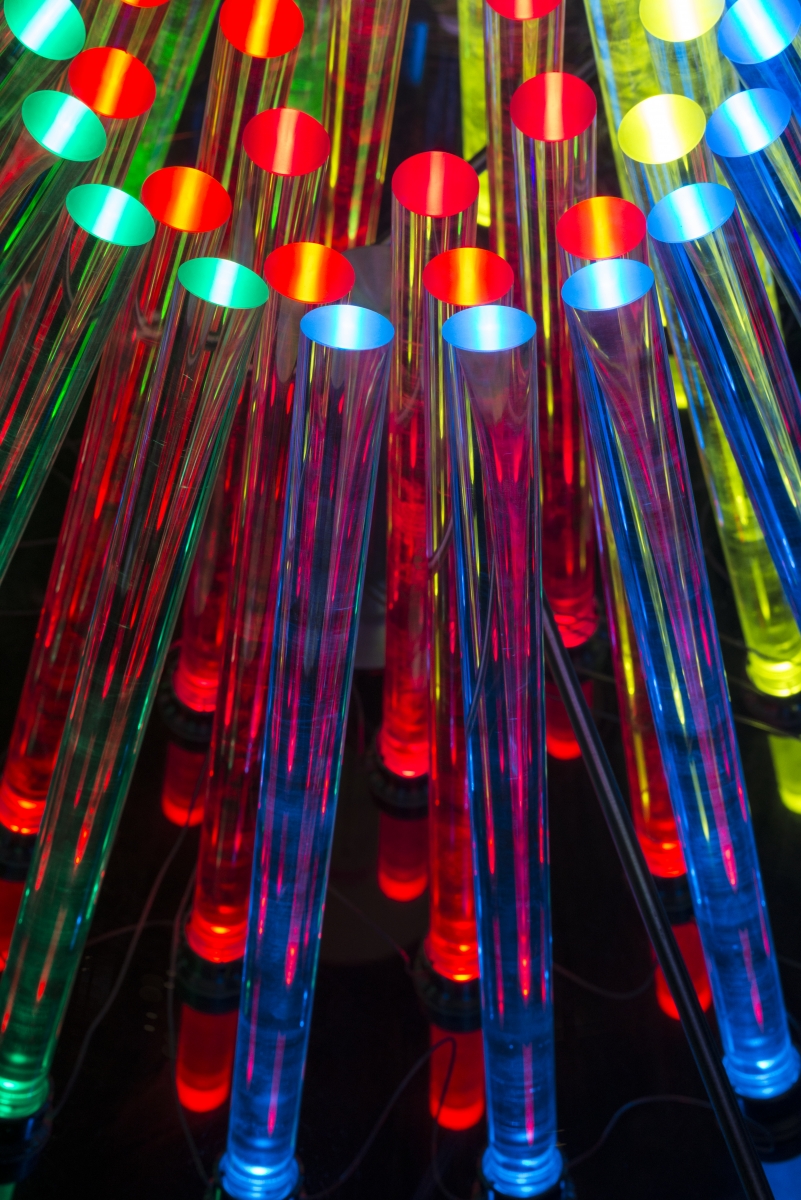