LEDs Have Given Rise to More Exciting Lighting Designs than Ever, But Is There a Carbon Cost?

The April issue of Metropolis looks at the past, present, and future of lighting, while digging into the sustainability of LED technology. 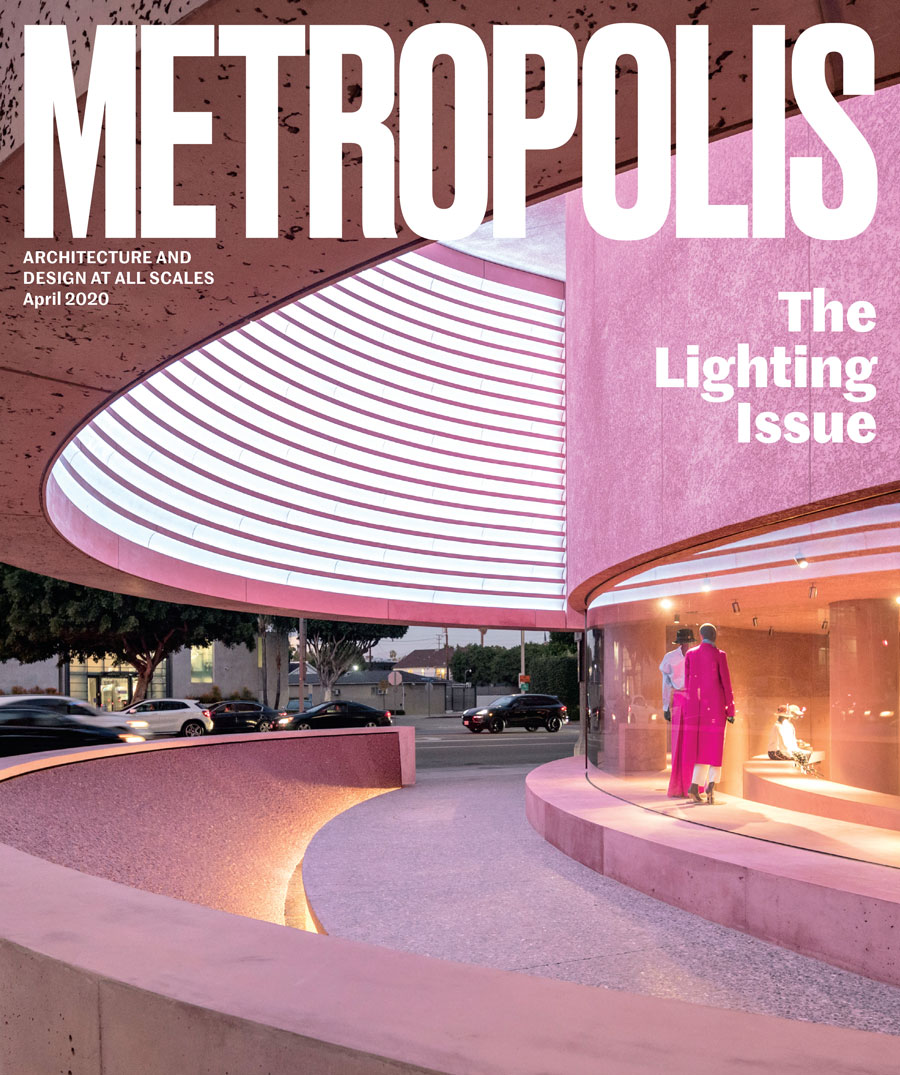 After a Metropolis Perspective: Sustainability panel discussion in Seattle last year, an audience member expressed her frustration with designing carbon-neutral buildings, especially given the lack of alternatives to high-carbon materials like concrete. “And don’t even get me started on LEDs,” she said.

The conversation then turned to other topics, but the offhand comment stuck with me. What’s wrong with LEDs?

By all accounts, these little wunderkinds of illumination are no longer plagued by concerns about consistency and quality. Instead, they’re getting more efficient and versatile by the day. Just look at our survey of some of the most exciting lighting schemes from around the world (“9 Interiors From Around the World That Stand Out Because of Lighting”): High-powered LEDs create patterns on the ceiling of a pavilion in Hoge Veluwe National Park in the Netherlands, and the LED systems of Wells Fargo’s New York offices are tuned to the circadian rhythms of the people who work there. The possibilities, it would seem, are endless!

But it’s precisely this versatility and amenability to digital control that make LEDs so complicated to assess from the viewpoint of sustainability. As we report in “Lighting’s Dark Secret: Embodied Carbon in the LED Industry,” LEDs come with a pretty hefty debt in carbon emissions related to their manufacturing. What designers and engineers then do with those luminaires—smart controls, color temperature modulation, automation—adds layers of complexity to the carbon accounting. In short, while the utility costs may come down when we replace a compact fluorescent lamp with an LED, we don’t know yet whether that makes up for the up-front carbon bill.

The only way we can find out is if designers, policymakers, and end-users pressure LED manufacturers to be more transparent. Armed with more information, researchers can grapple with those complicated calculations around embodied carbon.

Only then can we all be assured that we’re doing the right thing—especially in the year of Earth Day’s 50th anniversary, on April 22 (“Is it Time to Redesign Earth Day?” —when we take full advantage of LEDs for both personal lighting (“The Task at Hand: 100 Years of the Adjustable Desk Lamp” ) and the illumination of our public spaces (“At Toronto’s Bentway, Lighting Is a Base Layer for Artistic Intervention”; “Lighting For Fun: This Public Park in Dallas Makes the Most of the Night”; and “To Illuminate Raleigh’s Museum Park, Less is More”)

Our May issue will deal with other blind spots in architecture and design— issues that seem secondary when it’s business as usual, but would be tragic to lose sight of when times are tough. The global COVID-19 pandemic is teaching us two important lessons. The first is that any crisis affects marginalized communities in ways we can’t predict, so paying attention to our blind spots is especially important. The second is that as professionals, governments, and citizens, we have the ability to change our behavior—even drastically—when we care enough. With this example in front of us, we are here to listen to you and stand by you, to help you tackle whatever keeps you awake at night—be it health hazards, profitability, inequity, or the climate crisis.

Scroll through the slideshow below to see new architecture, design, tech, and culture from the April issue of Metropolis: