The Inaugural PER/FORM Competition Puts Designers on the Clock

On May 17th, the PER/FORM Live Design Competition culminated in an unassuming gallery space at Pratt Institute, which buzzed with sustainability-related chatter and rapid-fire mouse clicks. Preceded by an online challenge, the live round of the PER/FORM competition offered 15 design professionals the chance to use Sefaira’s real-time performance analysis software together with 3-D design tool SketchUp to demonstrate that energy performance and beauty are far from mutually exclusive. The catch: the competitors only had three one-hour bursts to design a building that proved this.

For winner Junrui Wang, the time constraints and other competition limitations proved to be a positive influence on his process. “I had to believe in my instincts,” he recalls, adding that most architects today could benefit from trusting their intuition more, and chasing perfection less. 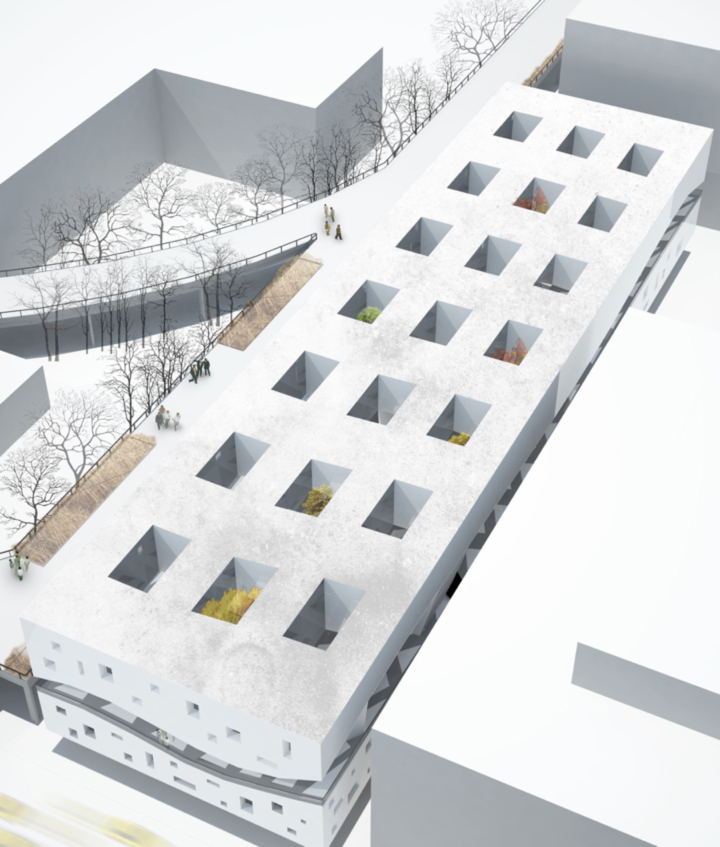 The design by winner Junrui Wang was directly connected to the High Line and centered on the idea of a community table, where visitors and residents could gather, work, and play.

While Wang is currently a Parsons graduate student in both Architecture and Lighting Design, his roots are in China, where he received a Bachelor of Architectural Design from Shenzhen University (SZU). Architecture students at SZU are required to work at an exceptional pace and very rarely work on group projects, a stark contrast to studio life in American universities. Equally distinctive are the students’ immersive visits during the summer, including workshops with master painters in the village of Pingshan. During these trips, Wang internalized the importance of actively seeking out calmness and the power of keen observation, both of which continue to serve him well in bustling New York City. 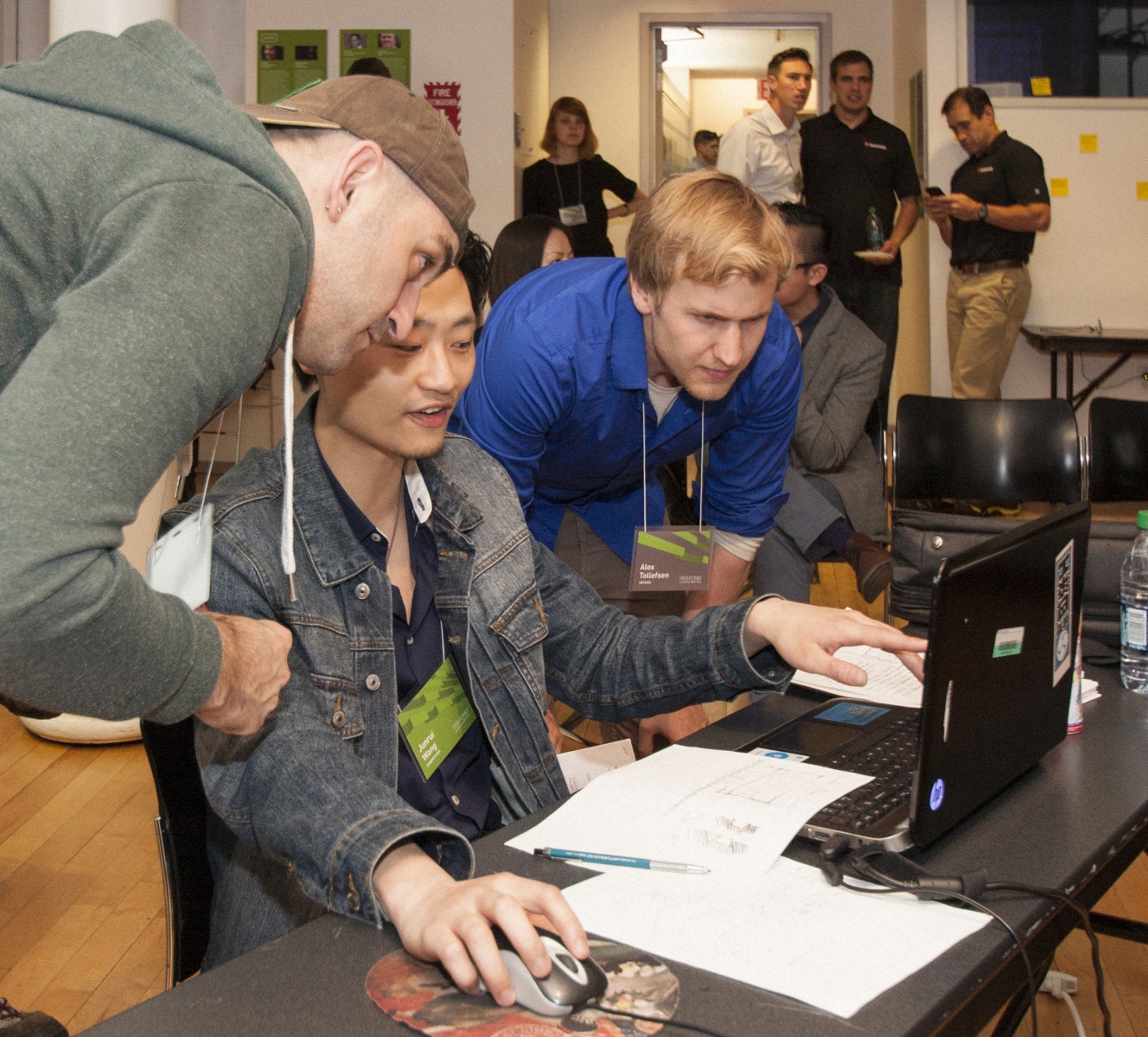 Junrui Wang checks in mid-competition with Sefaira developer Alex Tollefsen and The Public Society’s Cristian Fleming, while representatives from SketchUp and other attendees eagerly look on.

Above and below photos courtesy Stephanie Murano

Many of today’s architectural designers, Wang included, rely on modeling software such as Rhino to inform their design process. The software platform Sefaira is similar in that it makes the complex world of building performance—specifically topics like energy use intensity (EUI)—much more accessible to designers, even those without any background in energy modeling. As a company, Sefaira’s overarching goal is for performance analysis to serve as both a creative and technical exercise, and to do so in a seamless way. This is why they have developed handy plug-ins for SketchUp and Revit, and why the platform is constantly evolving based on user feedback. As Sefaira’s Carl Sterner, who is trained as an architect, frequently states, “the best tools are the ones that just let you design.”

Access to easily understood energy analysis, and the resulting confidence to participate in engineer-driven conversations about energy (at least on a conceptual level), has obvious appeal for designers. However, it is worth reflecting on the fact that data can deeply influence behavior, hopefully for the better but possibly for the worse. During a dynamic panel discussion at the PER/FORM competition, the judges encouraged attendees to consider these types of consequences. Several questions arose as a result, such as “what is the scope of the architect?” and “of all the data available, which is most important?“ 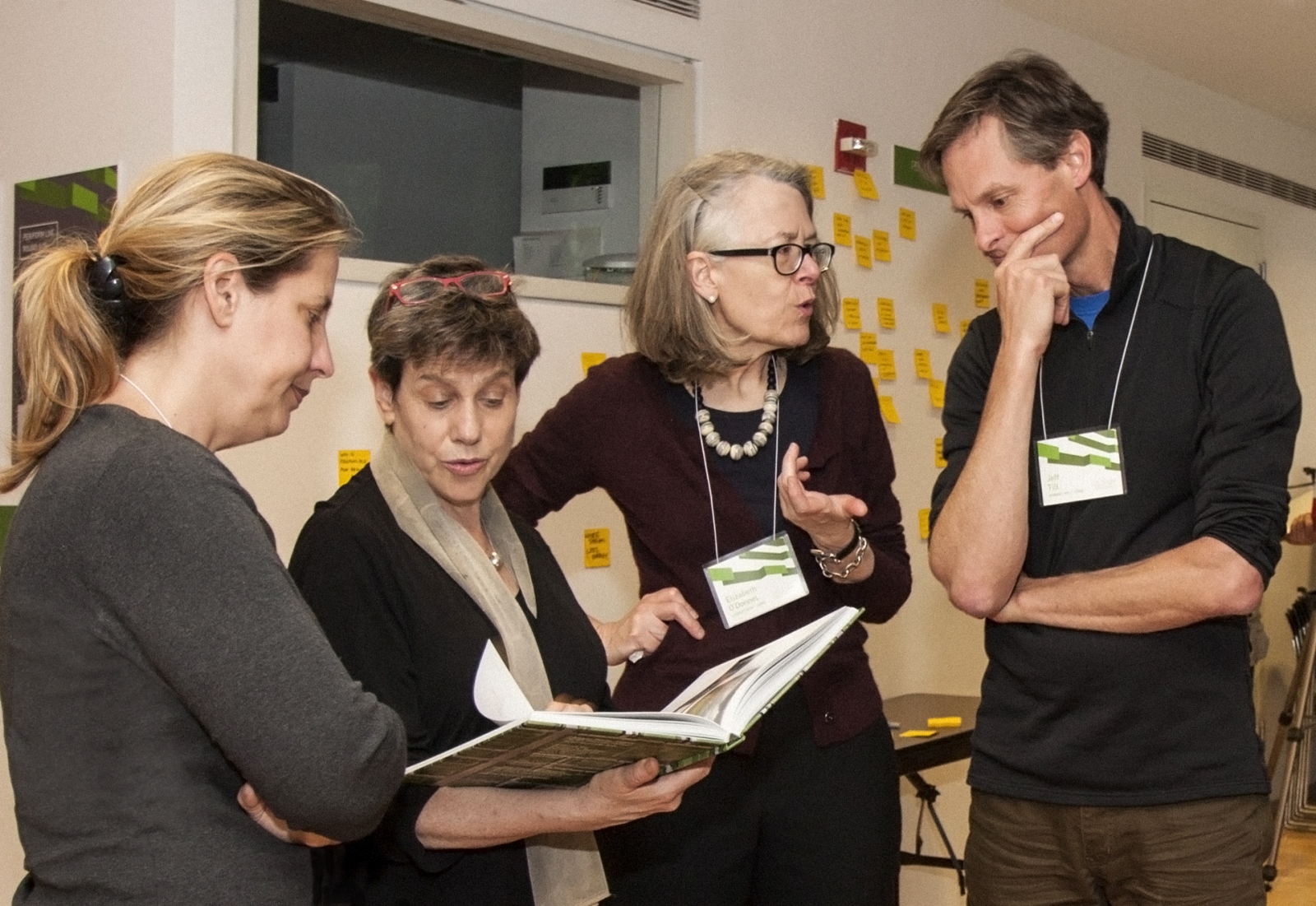 BKSK Architects’ Julie Nelson and Joan Krevlin, in discussion with The Cooper Union’s Elizabeth O’Donnell and Perkins+Will’s Jeffrey Till, both competition judges.

While attendees continued to debate these topics throughout the event, the judges refocused on the competitors, prioritizing Sefaira’s energy performance metrics, aesthetic considerations, and community relevance for their deliberations. Uniquely, the live nature of the competition allowed for participants to receive direct responses from the judges, in addition to the ongoing feedback from Sefaira’s plug-in. Competition judge Susan S. Szenasy noted the value of the real-time information exchange, sharing that “we critiqued the models, but we also collectively critiqued the process of design itself.” 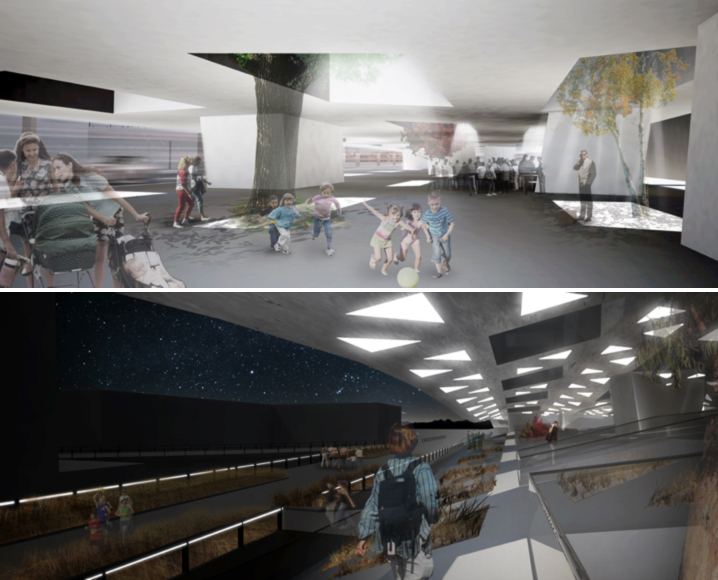 Wang’s design physically connected to the community on two levels, the High Line and the ground plane, but was also vertically linked through light. 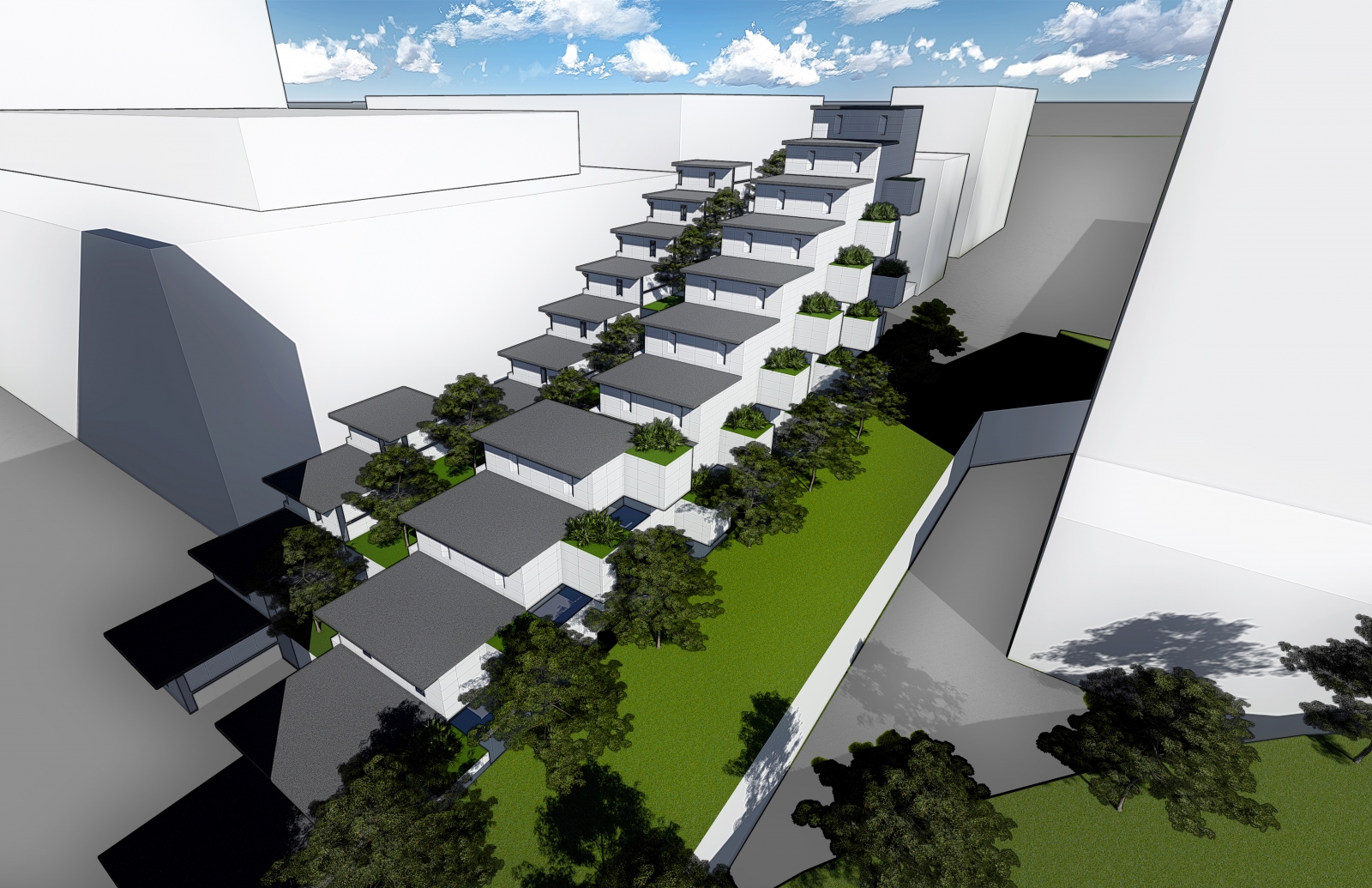 Finalist John Campbell, a recent graduate of Ball State University, embraced repeatability and modulation in his design. Inspired by the ways that nature replicates but also specializes iterations based on context, each module has unique orientations and views.

Finalist Andrew Herbst, a Milwaukee-based architect with clients ranging from healthcare to hospitality, designed a building that explores the relationship between solid and void, while also creating a visceral sense of crumpling or cracking out of a shell.

Perhaps unsurprisingly, Wang incorporated much of the judges’ feedback into his design, which ultimately stood out because of its clear site specificity. In his final submissions for both the online round and the live round of the PER/FORM competition, Wang sought to create a range of vibrant gathering spaces at a human scale. “For energy efficient buildings to lack engagement is a pity,” Wang believes.

Despite his familiarity with the area, and specifically with the High Line, he visited the site before the competition to re-experience its people, its rhythms, and even its smells, in order to ensure a deep awareness of context.

In addition to illustrating that enhanced energy performance is an integral aspect of design excellence, rather than a hindrance, the PER/FORM competition also reinforced that there is still room for improvement in the design process. Renowned Japanese architect Tadao Ando, a key inspiration for Wang, has often stressed the idea of the resilient designer. In Wang’s interpretation of Ando’s philosophy, “we may keep losing, but we also keep fighting.”

The designs of finalists John Campbell and Andrew Herbst can be seen below as well as at the PER/FORM website, with all other competition participants.

Gisela Garrett is the Communications Director of BKSK Architects, and frequently writes about the evolving practice of public interest design. A firm believer in strong organizational values, Gisela actively advocates a triple bottom line approach to architecture. She holds a bachelor’s degree from the University of Pennsylvania, where she studied the psychology of space, and has been volunteering at the intersection of design and community development since childhood. Follow her on Twitter at @giselataylor.