Philips Lighting’s tiles glow with wayfinding, colors, patterns, and even the news. 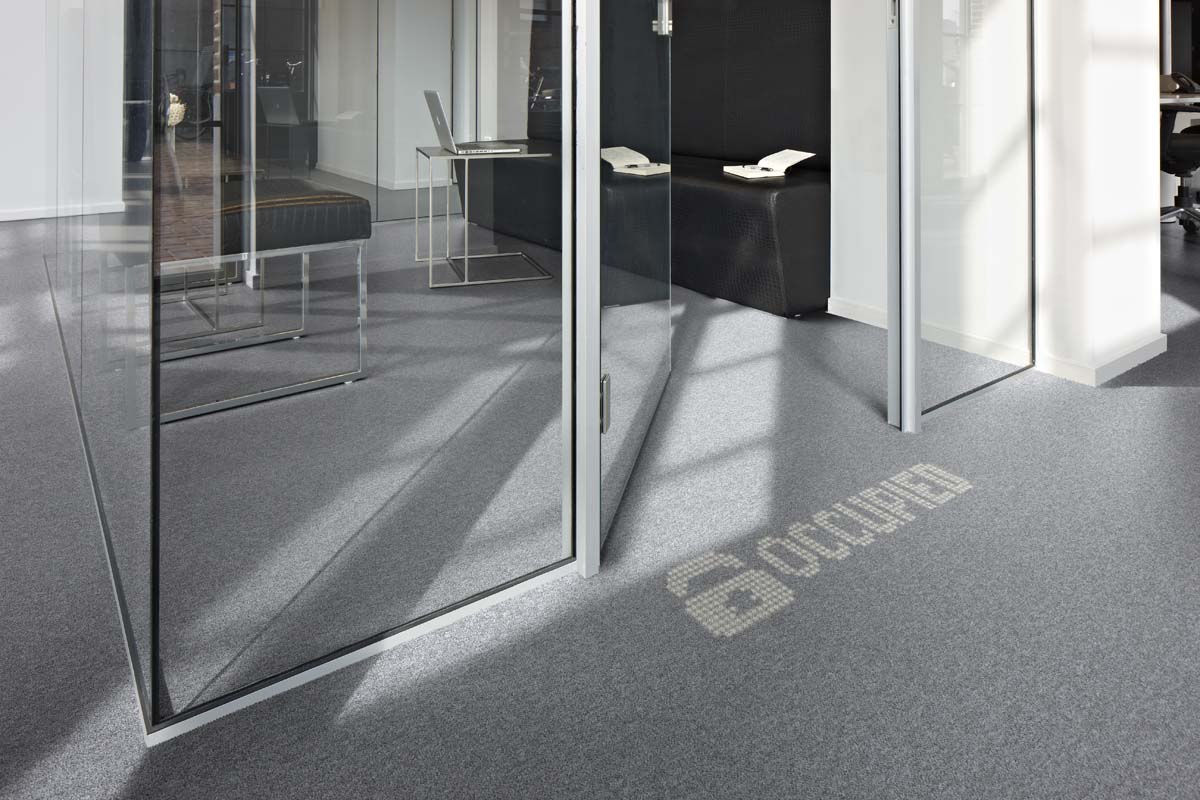 Applications
Workplace and hospitality are two major industries using the tiles. But the carpets can be used in nearly any other interior space, such as banks, theaters, and trade shows.

What if a carpet could feature not just pattern and texture, but also light? That was the question that sparked Philips’s partnership with carpet company Desso to create the Luminous tiles. “We’re always experimenting with LEDs,” says Philips Lighting’s sales and marketing director, Ed Huibers. “Desso is constantly looking for new add-on values for carpets. It came together organically.”

Integrating LEDs into surfaces is nothing new for Philips, which has lit up everything from textiles to ceiling panels. This new material, which was on view at last year’s Biennale Interieur (and expected to be available in the United States in the second quarter of 2015) takes things further by allowing clients to use carpeting to provide information or create an inspiring atmosphere. 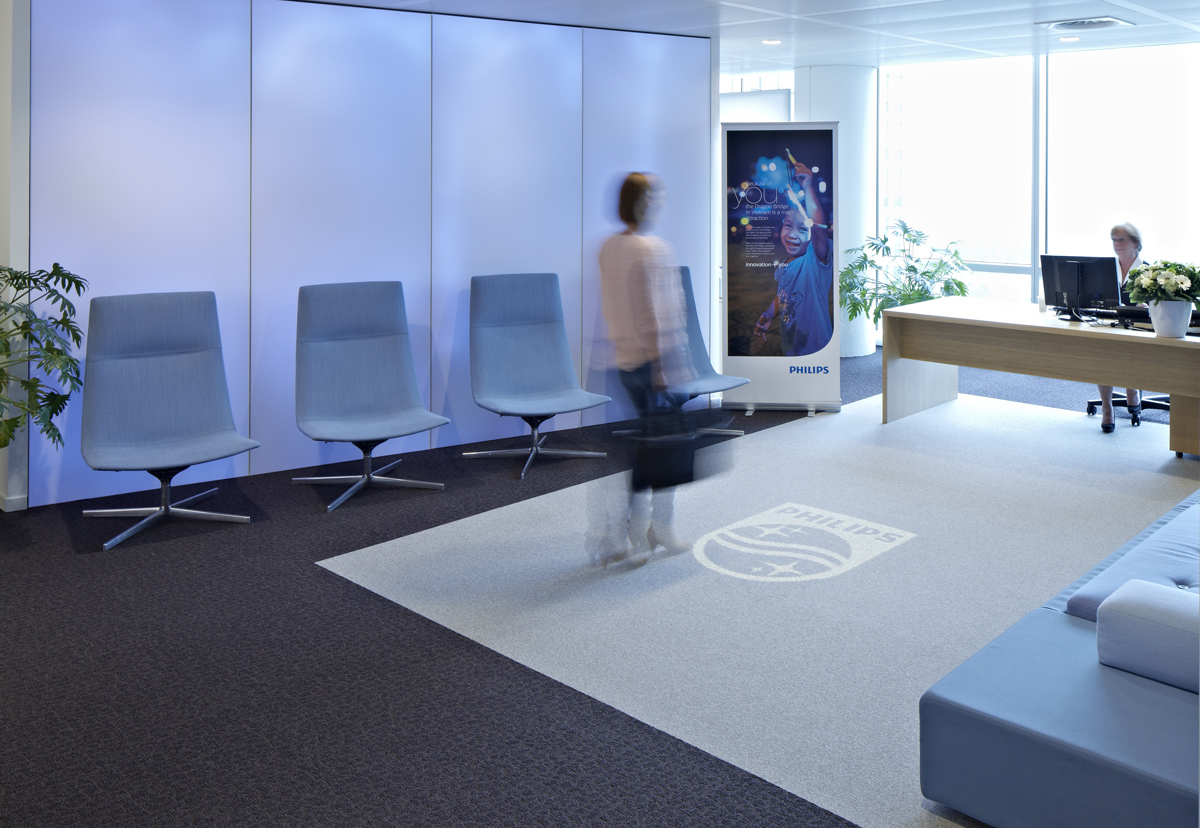 Properties
Designers can customize the LEDs to create text, images, and directionals. It’s also possible—via a central safety system—to flip on the lights only when there is an emergency. The carpet backing is recyclable.

The secret to making the tiles work is an eco-based light-transmissive backing. Philips’s specially developed units are installed under it, eliminating any need to put wires or LEDs into the carpet. “Normal carpet has dark backing,” explains Huibers. “We replaced certain elements in that backing, so you can put the LEDs underneath the carpet and you’ll see it on top.”

The lights can enhance ambiance, provide directions and guidance, and even display the news and weather. “The information can come from all sorts of sources,” says Huibers. “We did a project in Berlin where we have the news on the floor. Our PC gets the information from the Internet and translates it to something our LED panel can understand.”

While the majority of the applications are in offices and hospitality buildings, they are expanding to other projects. “We’ve done a bank, a heritage building, a big theater in Germany, and we’re becoming active in trade shows,” says Huiber. “We see big opportunities.”