Pritzker Laureates: We Must Rescue the Role of the Architect

Seven Pritzker Laureates gathered at the U.N. to discuss the challenges facing the built environment.

On Tuesday night, seven Pritzker Prize laureates—Richard Rogers, Glenn Murcutt, Christian de Portzamparc, Wang Shu, Renzo Piano, Jean Nouvel, and the newest among the group, Alejandro Aravena—gathered at the United Nations headquarters in New York to discuss what they thought to be the greatest challenge facing the built environment.

In a surprising turn, Australian architect and 2002 laureate Glenn Murcutt chose not to discuss sustainability, which he has spent his career championing, and instead delivered a rousing, emotional speech about a project that has occupied his mind for the better part of a decade: the Newport Mosque. The mosque has been the source of much controversy in Victoria, Australia, where it will be built. “The real issue,” said Murcutt about the public discontent surrounding the project, “is fear”—fear of the unfamiliar that underpins social and religious prejudice around the world.

Wang Shu (2012 laureate) similarly addressed an issue close to his heart. The architect described the development in his native China as an unthinking pursuit of the “new” and the “clean” at the expense of historical preservation. He recounted why he felt uncomfortable taking the commission for the Ningbo Museum, his most famous work, because developing the demolished site felt like “building on the moon.” Only by reclaiming the materials from the previous constructions—done despite the developer’s protestations—did Wang feel that his architecture could create a dialogue with the history and memory embedded in the site itself.

Both Christian de Portzamparc (1994) and Renzo Piano (1998) chose urban inequality as their point of discussion. In his address, de Portzamparc identified the need to resist creating “enclaves,” or “tomorrow’s ghettos,” while Piano, in turn, suggested architects focus their energies toward integrating the periphery into the city. “The city of the future,” Piano told the attentive audience, “is already here. It’s around the city of the present.”

Expanding on this theme was this year’s laureate, Alejandro Aravena, who parsed out the mass migration toward cities and the unprecedented growth of urban poverty. Due to the speed and scale of these twin problems, Aravena said, architects must leverage the knowledge, resources, and capacities of individuals into a strategy of incrementality. In other words, he advocated for addressing the most difficult challenges first and then allow others to improve upon and “add quality” to the plan. As if to substantiate this wisdom, Aravena announced that his firm Elemental’s website would now freely offer the drawings, plans, sections, and elevations of its highly praised housing projects. 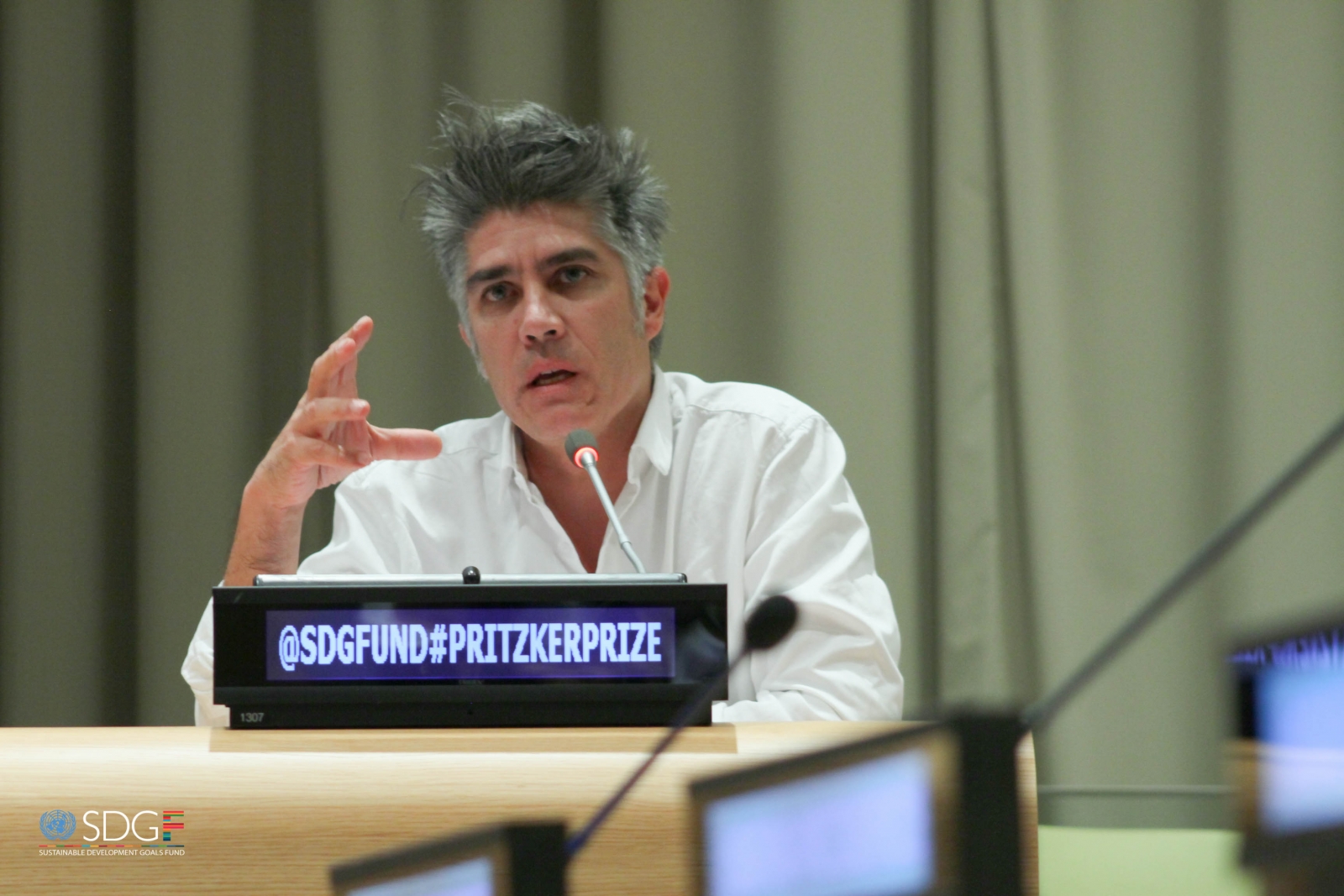 However, one of the major themes of the night was, in the words of 2007 laureate Richard Rogers, the “eroding” role of the architect. “We are [now] seen, practically, as decorators,” stylists who apply the lipstick to “the proverbial gorilla.” Jean Nouvel (2008) gave an impassioned speech about the absence of architects from the big decisions made by politicians, bureaucrats, and engineers who really shape the built environment. “When the architects arrive, they are given the cube, and have to figure out the facades,” Nouvel sneered. He suggested the only way architects could enter the decision-making process from the beginning, and so disrupt development as it exists today, is to speak up and organize: “It is disaster to build cities without humanism and poetry—and architects are for that.” He concluded his speech by saying, “We are at a crossroads. I propose to fight.”

A few times in the night, the Modernist era was invoked rather nostalgically as a time when architects fought and exacted considerable impact on urban planning. (Not always, we should remember, for the good of our cities or citizens). However, only Aravena, and to a certain extent, Nouvel moved beyond the theoretical (architects need more power in affecting our built environment) to the actual (here’s how we should empower contemporary architects to face the challenges of the 21st century). In his response to Nouvel’s speech, Aravena suggested the entire relationship between cities and development must be overturned. With financing, rule of law, and design, Aravena noted, cities can become tools for development, and not the other way round.

Should architects organize themselves to demand more power in the development of the built environment? How can architects be brought into the process in meaningful ways? Are these the biggest challenges facing architects and architecture today? 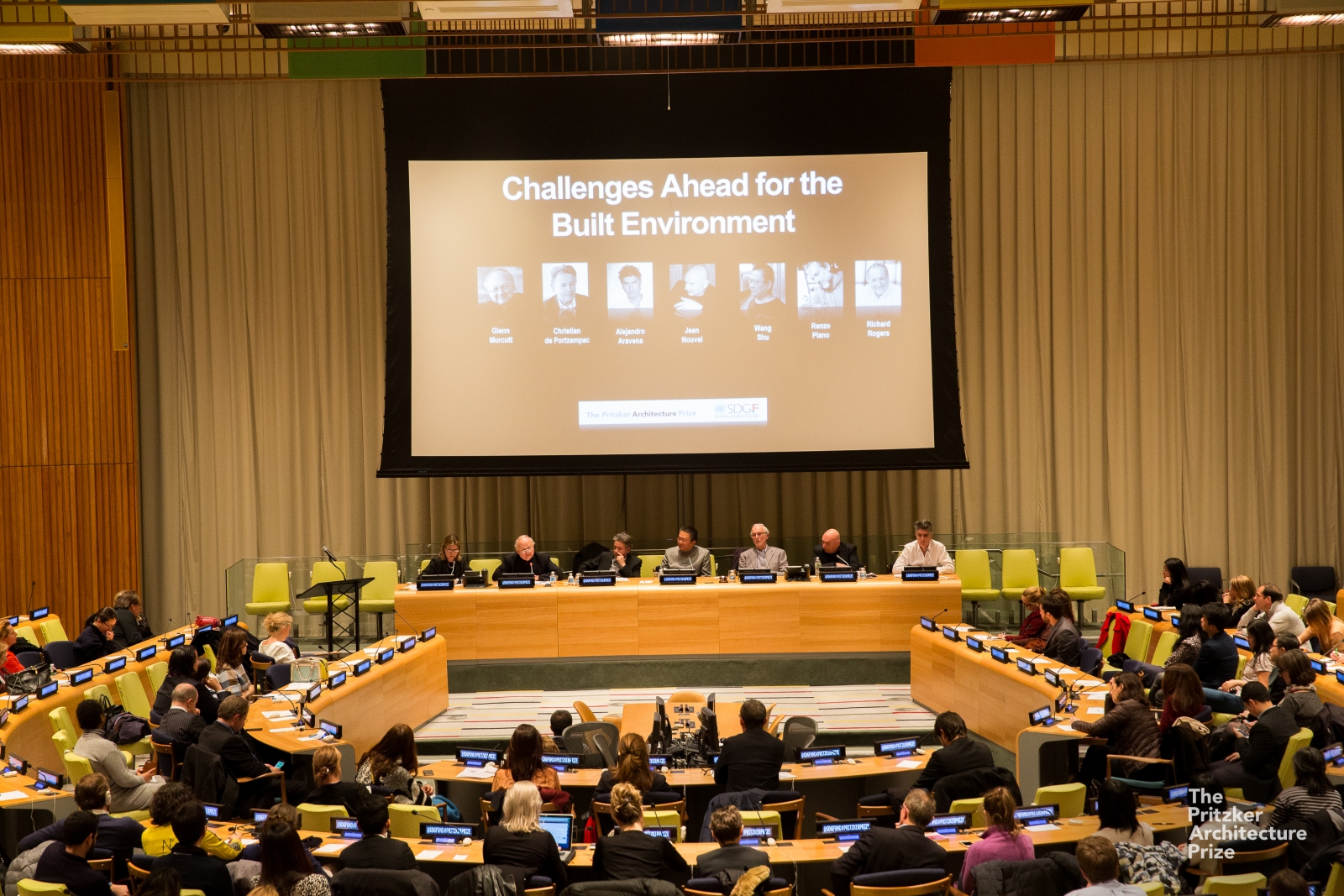 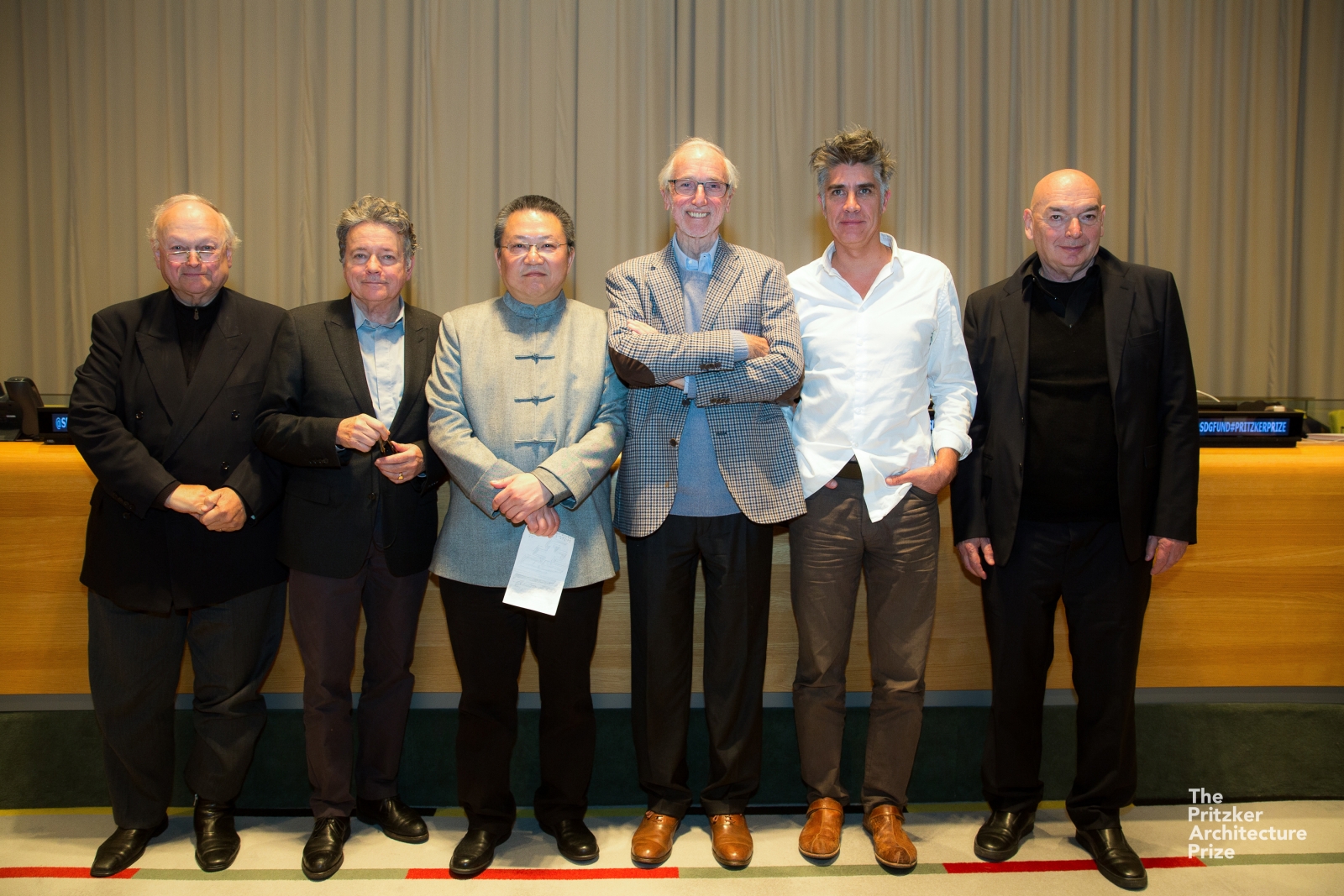