Q&A: CCA’s Mirko Zardini on the Architecture of the Everyday

The director of the Canadian Centre for Architecture suggests that the profession should look inwards to find new meaning.

The inner courtyard of the Ahmedabad House in Gujarat, India, designed by Studio Mumbai Architects

More than ever, buildings are experienced through images. It’s unfortunate, then, that contemporary architectural photography so often fails to capture the true essence of a place. A building’s more acrobatic moments—the hubris of a cantilever or the polychromatic jolt of a facade—tend to overshadow its quieter ones, and the viewer is”left wanting,” says Canadian Centre for Architecture (CCA) director and 2012 Metropolis Game Changer Mirko Zardini. His latest exhibition, Rooms You May Have Missed, burrows into these contemplative spaces, in particular, the interiors of architects Umberto Riva and Bijoy Jain. Here, Zardini discusses this preoccupation with “interiority,” the rise of domestic digital tools, and why it’s important that architecture look inward into the space of the everyday.

Samuel Medina: The curatorial approach is interesting, and something that has become almost a trademark of the CCA in the last decade. Why is it an effective way to broach the topic at hand?

Mirko Zardini: With this type of exhibition, we bring together two—or in some cases, several—different architects as a way to explore a single issue from multiple points of view. We’ve used this approach previously, in 2006, with Gilles Clément and Philippe Rahm, whose works offered two perspectives on the environment and design. We did it in 2008 with Stephen Taylor and Ryue Nishizawa and again in 2010 with Greg Lynn, Michael Maltzan, and Alessandro Poli (a former member of Superstudio), whose designs for outer space offered an interesting entry into prescient discussions of architecture and technology. For this exhibition, Rooms You May Have Missed, we chose to focus on the work of Umberto Riva and Bijoy Jain, two architects working in very different contexts but who are nevertheless preoccupied with the “interior” and the spaces we inhabit on a daily basis. It was important for us to look at architecture in this way—we felt this type of intimate reflection wasn’t really happening in the profession and was certainly not being discussed sufficiently at a theoretical level. Today, there is a disjunction between theory and practice, so it was our idea to start from the work of an architect in order to develop a more general reflection about the state of architecture.

SM: Let’s backtrack a bit—which came first, the pairing of the architects or the theme of interiors?

MZ: It was the interior that was really interesting for us but also a desire to look at interiors closely—how they are conceived and built—as a way to explore architects’ approaches to their own work. It was one of the ideas that we’ve been fixated on for a long time, but which we had never really dealt with at the CCA. When we first began planning the exhibition, we had initially thought that with whichever architects we chose, we would limit the presentation of their work to domestic interiors, regardless of the scale or number of larger works they had built or designed. 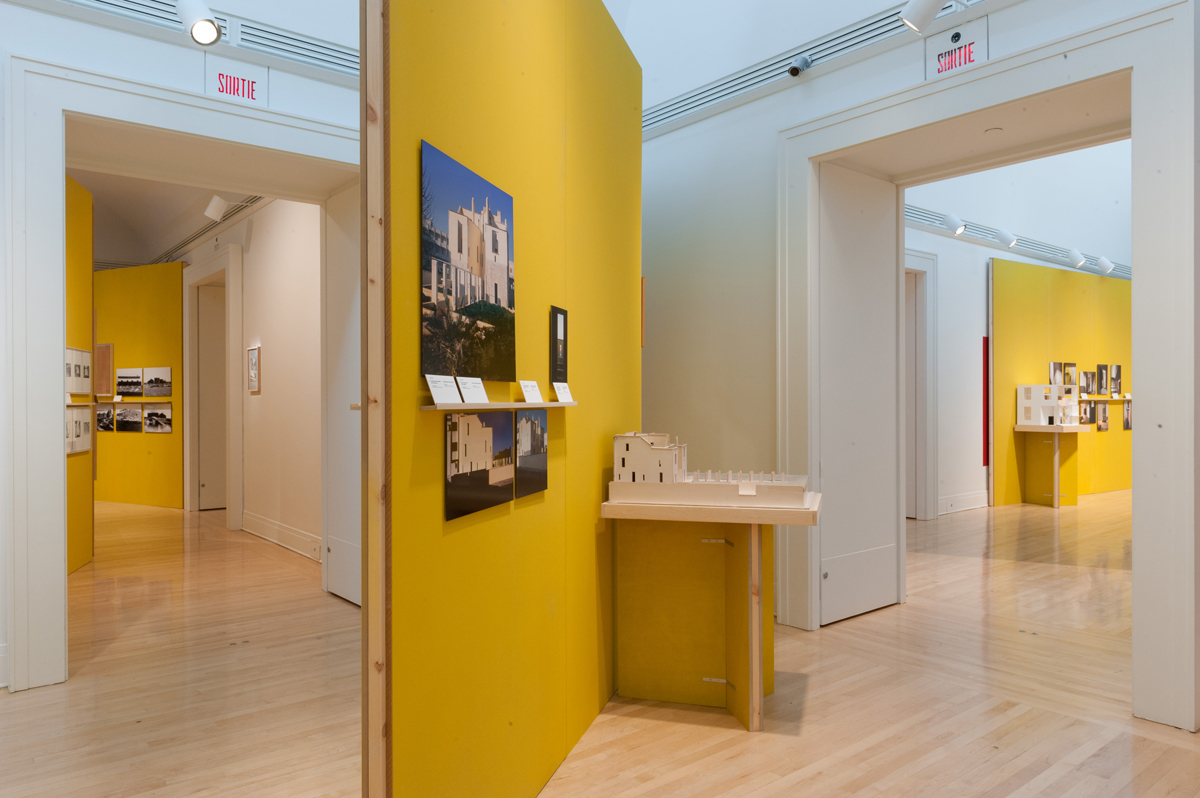 SM: How did you decide on Riva and Jain?

MZ: By selecting architects from such distinct backgrounds, we thought we could bring a different kind of character to the CCA. In a certain way, it was the continuation of the strategy that we had put in place with Some Ideas on Living in London and Tokyo (2008), which looked at contemporary and domestic living through Nishizawa and Taylor’s architecture. These architects also come from different cultures, and their approaches reflect their given contexts.This structure is, of course, present in the current exhibition.

The title is evocative, suggesting that Riva and Jain offer opportunities to us that we may have missed or overlooked because our perspective is too narrow. In the case of Riva, the traditional idea of the interior is totally deconstructed—it becomes a kind of narrative full of unexpected moments, and different domestic scenarios. With Jain, there is a rethinking of a certain kind of spatial character in the organization of rooms themselves. His approach is essentially atmospheric—by using just traditional spatial types and materials, and plugging into existing systems of construction, his projects show a sophisticated reinvention of traditional architecture. The qualities of daily life that appear in the work of both, and which are presented in our show, are incredibly different, but equally interesting. Riva and Jain’s approaches suggest possibilities for how architects can develop their own work through thoughtful attention to the everyday. That’s an important statement that the exhibition makes.

SM: Often when you think of interior architecture, or the idea of “an interior,” there’s a preciousness there, usually through a sumptuous attention to materials or details. Would you say that notion still applies to both these architects?

MZ: In the end they are both very precious, but they’re precious because of the precise and generous architectural thinking behind their work—not because of the materiality itself, or that kind of thing. In Riva’s work for example, industrial materials are often used and detailed extensively with surprising results. They represent two very distinct personal experiments that again question our acceptance of a certain kind of idea of interior or of domesticity. They demonstrate how the interior can be developed and read as a tool for contemporary architects. We just closed an exhibition, Archaeology of the Digital: Media and Machines, which focused on digital tools, and this is a totally different approach toward understanding the course of contemporary architecture. I find that really interesting because there is never one tool—there are different tools you can use depending on the context you’re operating in. It’s important that we initiate this rethinking about the interior right at a moment in which we’re clearly seeing a kind of resurgence in architectural thinking and practice that deals with domestic space and the rituals of daily life.

SM: Looking at the text accompanying the exhibition, however, you say something less optimistic—“[T]o look at most architecture today is to be left wanting.”

MZ: Well, it’s true, I think there’s a disconnect between what we imagine or want architecture to be capable of and the majority of what gets built. Our social and personal lives are today clearly shaped by so many things, and architecture—the design of our physical environment—only plays a part in framing our daily experiences. We are “left wanting,” in a sense, because our lives—governed by the devices we carry in our pockets—race on, and the smooth sheen of the contemporary city offers very little on which to hang the practices of everyday life. Nevertheless, there are always ideas or strategies that architecture can bring to these problems. 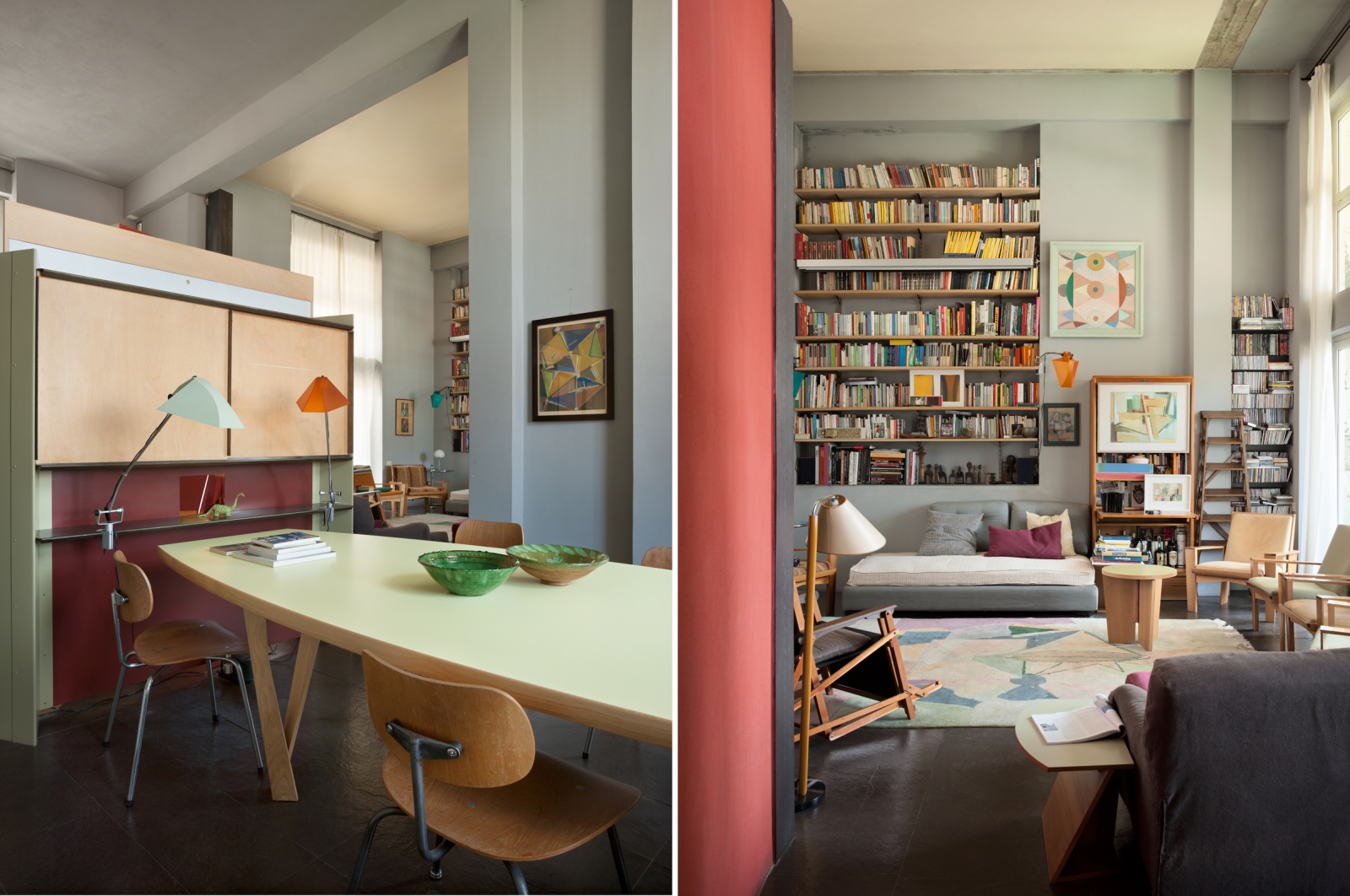 SM: The Elements exhibition at the Venice Biennale came close to valorizing the smart home and the invasive technologies underpinning it. Did you intentionally choose to sidestep this conversation by focusing on the architects you did?

MZ: Yes. With Media and Machines, we attempted to address the role of media in architecture. In that exhibition, we saw how the interior was tied to ideas of form, media art, and the creation of interactive environments that make use of motion sensors, fog, and robotic mechanisms. All these kinds of things speak to the integration of technology to the home. It was a totally different approach from the current exhibition, which starts to question—by looking at the unacknowledged details of domestic life—our experience of the world in a very personal way.

There is also a specificity to these interiors or rooms that is very crucial for us to understand. But again, the idea of interiority is a way to discuss architecture and the approaches that we can have to architecture. I felt that idea was so near to us and thought, “Why not limit the show to just that?”

Rooms You May Have Missed runs through April 19, 2015 at the Canadian Centre for Architecture in Montreal, Quebec. A publication that accompanies the exhibition will be released by Lars Müller later this year. 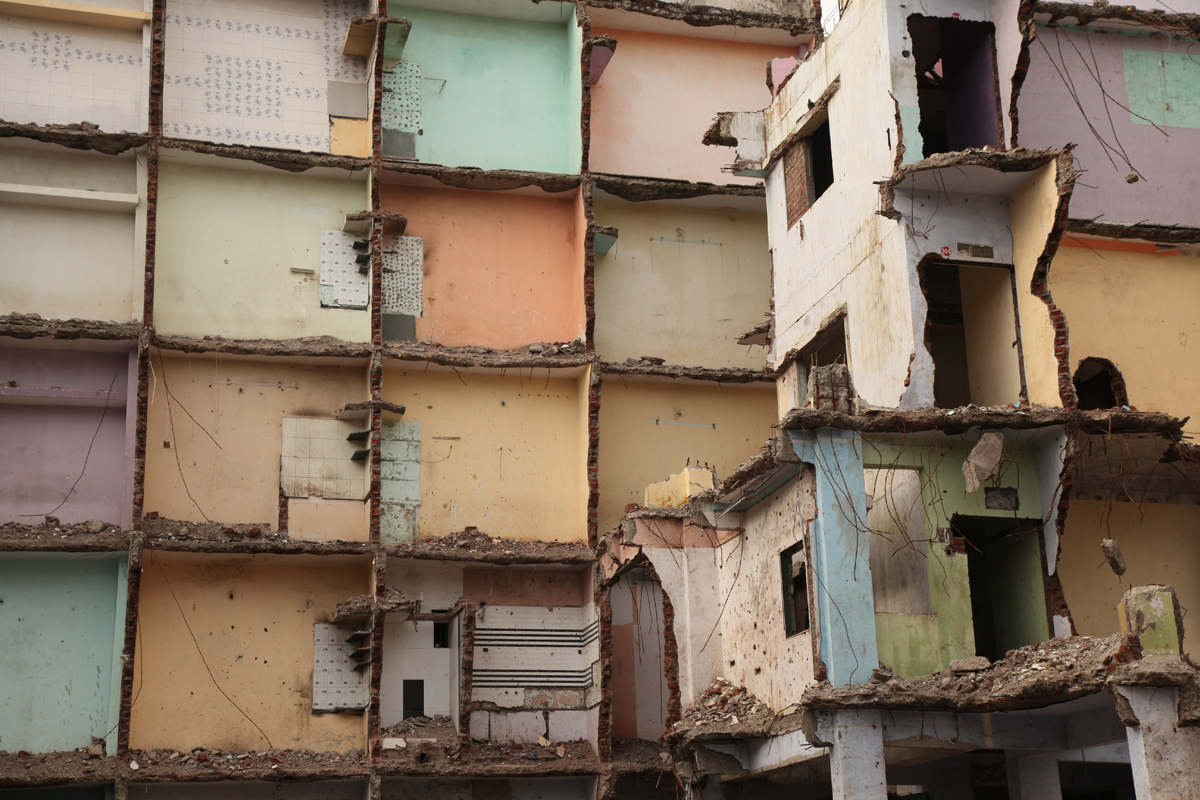 Demolition Series by Studio Mumbai and Bijoy Jain, 2010. The demolition of an apartment block reveals the domestic interiors of a neighboring building. 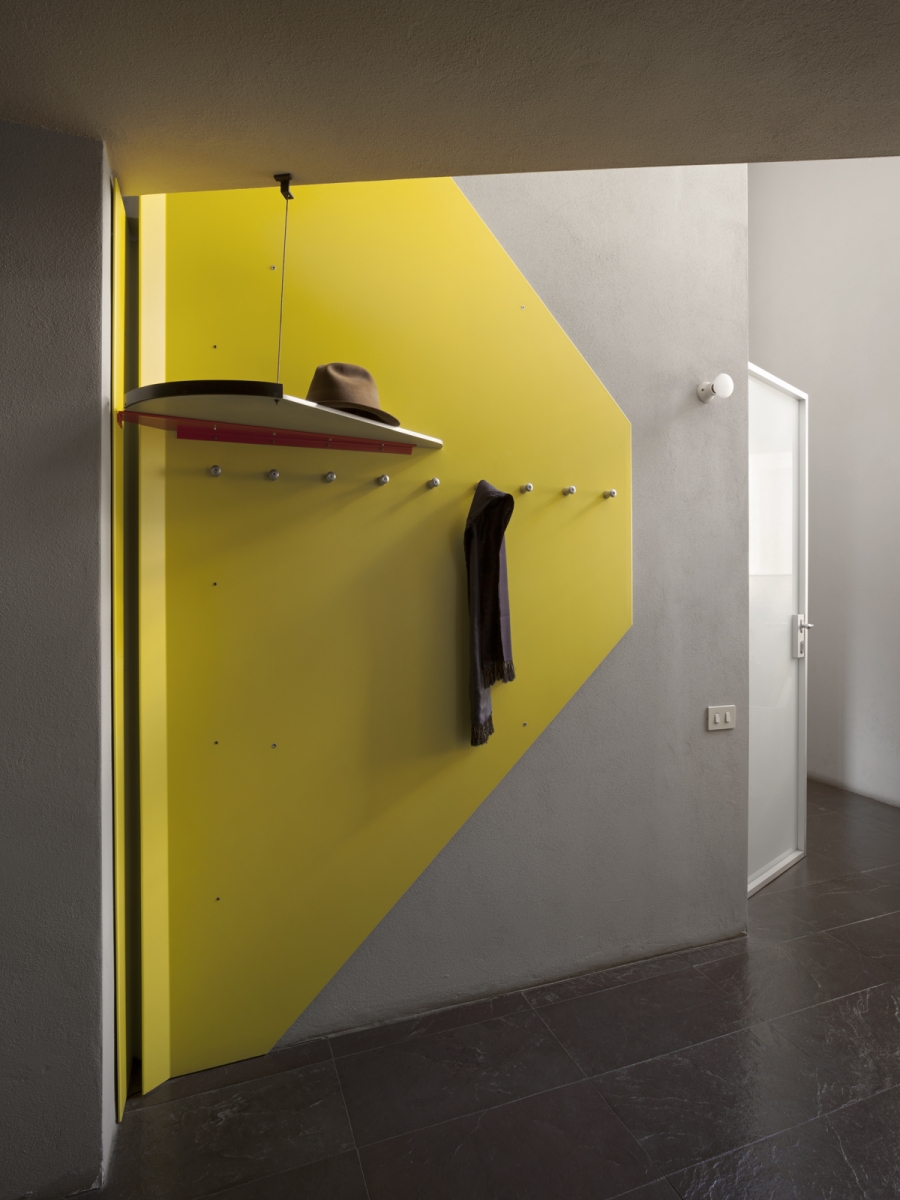 Coat rack in the foyer of Casa Righi in Milan, Italy