Q&A: Mario Carpo on Architecture’s Digital Past and Present

The theorist and historian discusses the popularization of architect-driven ideas about digital technology, the revolutionary architecture of the 1990s, and what’s next in digital design.

Theorist Mario Carpo is working to write the history of architecture’s recent past. Focusing on what he calls the “digital turn,” Carpo has written extensively on the contemporary revolution in technology that is affecting all areas of life, but especially architecture. His research encompasses the history of the architectural profession as told through its technological advancements, from Alberti’s invention of architectural notation to today’s rapid-prototyping machines.

Now, Carpo, who recently took up a professorship at The Bartlett, UCL, hopes to widen the “digital turn” as a field of study with a new Masters of Architecture and Digital Theory program he has developed with architectural curator and Bartlett Chair Frédéric Migayrou. We talked with Carpo to discuss the new program, the revolutionary architecture of the 1990s, and what’s next in digital design.

A.J. Artemel: What makes the present moment unique, as relates to the digital turn and contemporary developments in digital culture?

Mario Carpo: The digital era is a great time for architecture, and architects are interpreting digital technologies better than anyone else. Throughout history, architects have always been late in adapting to, and embracing, new technologies. For instance, though we don’t tend to think of it in those terms, Modernism—architectural Modernism, the most glorious period in the history of recent architecture—was a very retardataire phenomenon. After all, Modernism was a way to come to terms with the Industrial Revolution half a century, or in some countries, one century behind schedule.

Taylorism and Fordism had been around since the early 20th century, but the Industrial Revolution had been changing the way we lived in the West since the early 19th century, and at first, architects stubbornly resisted that change. In a sense, Modernism is significant in architecture only because one should ask why architects were so late in becoming modern! It is true that in the 1920s, when Le Corbusier and the Bauhaus, among others, finally began to cope with industrial technologies and with the machine-made environment, they did a good job. But they were still late. Taylorism and Fordism were not invented by architects, they were invented by the automobile industry. At some point, we understood that there was something we could borrow from them, that we should incorporate those ideas and those technologies into the making of the built environment. But we were still late.

So historically speaking, the digital is the first time in the history of humankind where we architects are not late—this time around, we are not playing technological catch-up. Quite to the contrary, we are the pioneers, innovators, and trendsetters. We invented the digital turn before it happened in any other field. Most of the ideas and principles that still define the digital turn have been invented or probed in schools of architecture first. Think of digital mass customization, non-standard seriality, variability of market prices, the production of non-standard items, you name it—where do all these ideas come from? Who first started to formulate these ideas and to investigate them? It was a bunch of young architects in the early 1990s in a handful of architectural schools.

AJA: Which architects do you have in mind?

MC: Think of all the names we know, Bernard Cache, Greg Lynn, and a few others—at the time, they were little more than students, just out of school or, sometimes, still at school! Yet, the ideas they came up with now are everywhere. Architects invented these ideas that are now discussed by decision makers, political leaders, industrialists, and bankers around the world. U.S. President Barack Obama included a small passage in his annual State of the Union Address two years ago, in which he said that the technology of 3D printing “has the potential to revolutionize the way we make almost everything.” That was exactly 20 years after a few young architects started to conceive and nurture those ideas. We were not discussing 3D printing in 1992–1993 exactly, but the ideas of “file-to-factory” technologies were already there, even though in the 1990s architects mostly used CNC milling machines, that is, subtractive, not additive technologies.

Today, the digital turn, digital culture, and digital technologies are changing again, and in my opinion architects are still at the forefront, just as they were 20 years ago. To this day, the best laboratory, the best place to observe the next step in the digital turn is still in schools of architecture. 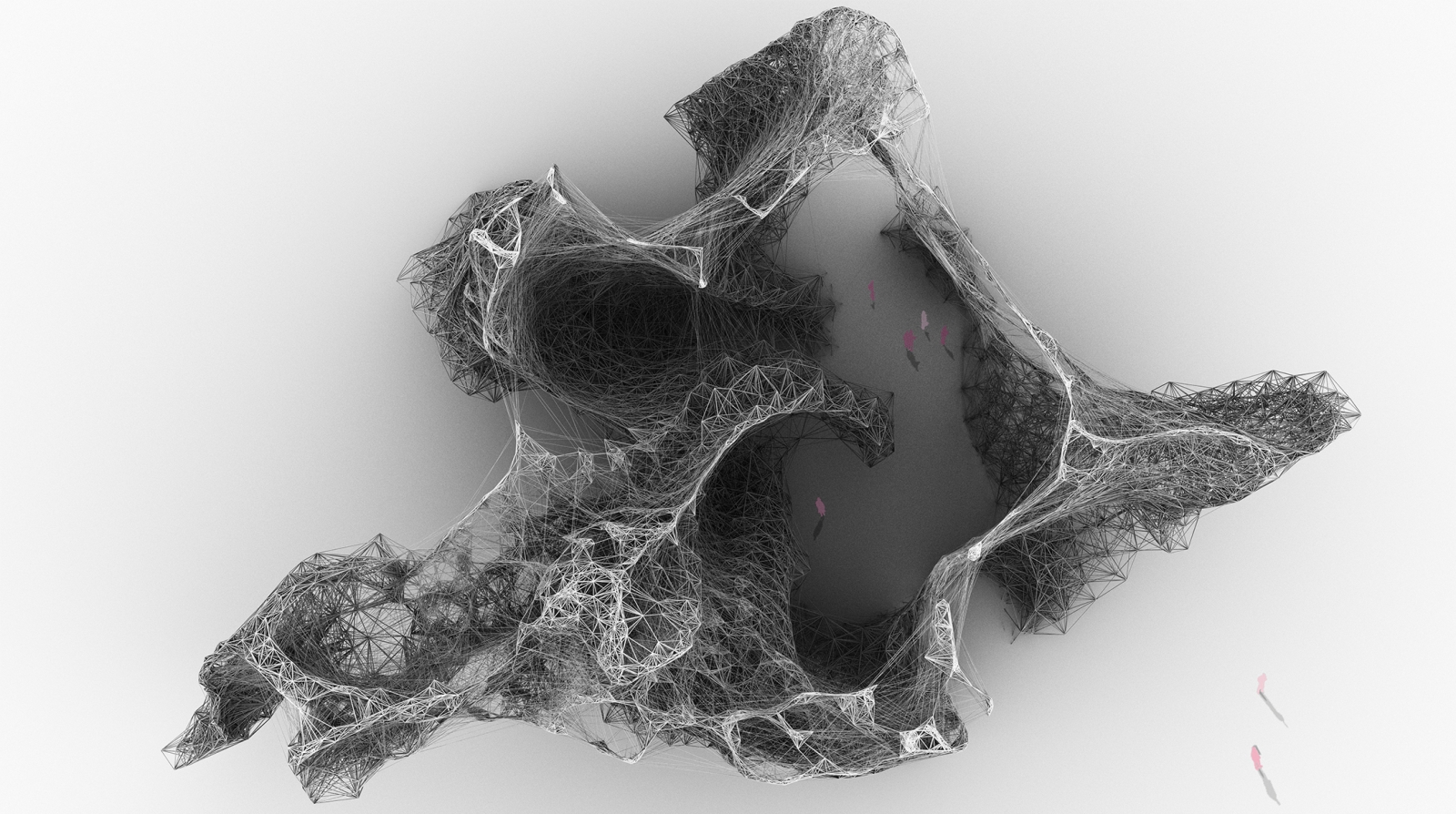 AJA: Are architects leading a second wave of the “digital turn” as well?

MC: Yes, because the digital is fertile ground for the practice of architecture and architects are the right specialists for the digital. The digital is really our thing. And in my opinion, a second digital turn in now taking shape, driven by theories of complexity and by new technologies of simulation, optimization, cellular automata—in short, a new science for a new technology.

Architects are testing this new technology, and this is something that relates more to the design studios, where hands-on experiments happen, than to traditional classes of history or theory. This is why we [Carpo and Frédéric Migayrou] came up with the idea to create a short intensive master’s program where history, theory, and criticism are closely connected with a community of digital designers and makers. The Bartlett, UCL, is very good at this—our design people and technologists are top-notch, and they are making exciting projects, so we will ideally thrive on this proximity.

For example, we shall collaborate with a larger team, at the beginning drawn mostly from the Bartlett post-professional design studios, which is where the Bartlett digital expertise is most intense—think of the teams and studios led by Alisa Andrasek, Marcos Cruz, Marjan Colletti, Ruairi Glynn, Claudia Pasquero, Bob Sheil, Gilles Retsin, Daniel Widrig. The Bartlett workshops and laboratories are incubators of new technology. Space Syntax, for example, was mostly born here, and it is still a growing area of research and teaching.

However, when you are in a studio, you have urgent things to do and there is not the time to stop, take stock, and think, because everything is driven by the design assignment you are given. Now, we think, in some cases it may be worth taking some time off, say a few months; you read some books, meet some people, listen to a few lectures, write a paper, and then, if you are a designer, you may go back to design but when you do, you will be a better designer.

AJA: You developed the program with Frédéric Migayrou—how did you collaborate to build the curriculum? How do you balance your respective areas of research and focus?

MC: Migayrou is the Bartlett Chair, but also the architecture curator at the Centre Pompidou. Before his appointment there, he was for many years responsible for FRAC Orléans, a regional arts center which in the 1990s was one of hotspots of the digital turn. It was outside the schools of architecture, but was a catalyst for digital change in Europe, not only in France. Migayrou made that happen, through the ArchiLab exhibitions he curated with Marie-Ange Brayer. Several editions of ArchiLab took place in the 1990s, and they were seminal moments for the coalescing of the first wave of digital ideas. It was also one of the few places where digital pioneers from Europe and America could meet back then. Migayrou went on to produce that famous exhibition Architecture Non Standard at the Centre Pompidou in 2003, which was, in a sense, la charnière, the point of transition between the digital turn in the 1990s that it concluded, and the digital turn of the new century that it inaugurated. Two years ago Migayrou curated another Orléans exhibition, Naturalizing Architecture, which was a seminal moment for the second digital turn, a new paradigm based on the complexity of Postmodern computation, not on the simplification of modern mathematics. 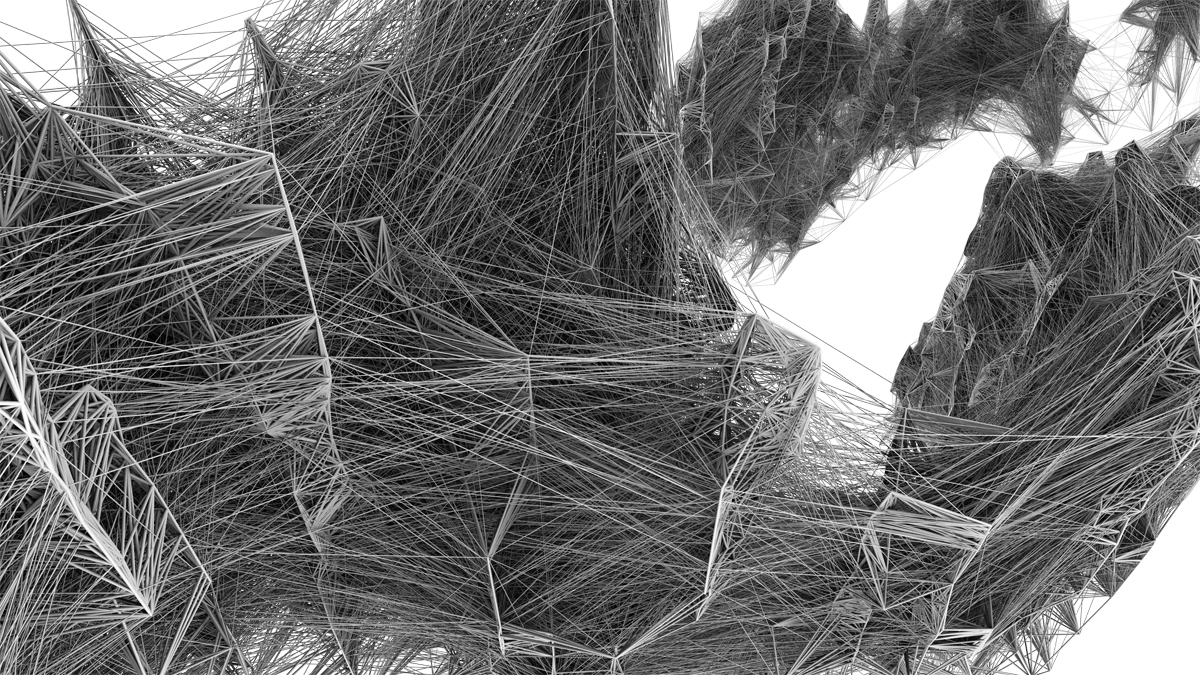 AJA: Are there any special events or courses that you’re planning? How is the Masters in Digital Theory structured and what exactly will students be doing?

MC: It’s a Master’s by Research (MRes) program, so the idea is that most of the time students are mentored and tutored while they develop an individual research project. Of course, there are steps—students have to present a few times orally and in writing, among other requirements. They must also take a few classes and credits from a list of existing courses and seminars at the Bartlett, in technology, design, or history and theory, including one seminar taught by me. At the end of the year, students must submit an essay that is good to be published.

AJA.: Can this research lead to further projects? Who should apply?

MC: Yes, that is indeed the case because this is an intensive one-year non-professional master’s degree program, and once you’ve completed that you can jump straight into a three-year Ph.D. program more easily than if you were to start a Ph.D. from scratch. However, as you probably know, a British Ph.D. is something very different from what you have in the Ivy League and in other American universities—in format and logistics as well as in content and in spirit. This is a non-professional Master’s program, so in theory, it is possible for graduates with a three-year Bachelor of Science in Architecture to apply, even though we expect most candidates to be more experienced or to already hold another master’s degree.

AJA: A trend that students might pick up on is that generally, there are two camps of digital design at the moment, including formalists and what you have previously called “vitalists.” Is this division at play in the second digital turn?

MC: Yes, you’re quite right. In a sense, this is also a generational pattern. The first digital avant-garde invented digital formalism. In Europe they were called “blobmeisters” at some point. Today, we might call them “spline makers.” Parametricism is, in many ways, a relaunch of what in the early 1990s we used to call the objectile, following Gilles Deleuze and Bernard Cache. This is a style of digital design that is still producing outstanding architectural results.

Then there is a new tendency of digital organicists and vitalists. I would say this reflects the rift between the first digital turn, which used spline making and spline modelers and the mathematics of continuity as a tool, something that classical mathematics always did. And then there is the contemporary approach, the second digital turn, which appears to be about disjunction, discontinuity, fragmentation, messiness, confusion, but it is in fact reflecting and interpreting a new approach to complexity that is in turn predicated upon a new kind of science, a new mathematics that is no longer either classical or modern. It is something else, something that, in my opinion, is closer to the spirit and to the technical logic of digital computation. But this is just my take. Time will tell.