As I watched a pair of short films made on college campuses in Savannah, Georgia and Lacoste, France, I wondered how an art and design education is enriched by local color, texture, climate, sunlight, vegetation, in other words how each unique place that has survived time and decay can be made part of the twenty-first century learning experience. Who better to ask than the woman whose indomitable spirit is behind the unique college that began with one building in Savannah and now has expanded to places far and wide, beyond the sleepy Southern town it helped revive. Here, Paula Wallace, president and co-founder of SCAD, talks about learning from those who built before us and connecting with worlds that we can understand only if we live there.

Susan S. Szenasy: Your short films on two Savannah College of Art and Design (SCAD) campuses—Savannah, Georgia and Lacoste, France—present inspiring historic settings for students and teachers of design. Can you reflect on how these distinct places, steeped in human creativity through the years, can shape the twenty-first century student’s professional outlook?

Paula Wallace: As a nonprofit, accredited university with campuses on three continents, we place a high priority on the role of distinct learning environments in higher education. The historical architecture and town squares of Savannah provide a strong contrast to the twenty-first century technology used by SCAD students, who work with everything from interface design and biomimetic digital processes to 3D printing and more. A SCAD student sitting beneath a 200-year-old moss-draped oak tree, in front of a nineteenth-century Gothic revival home, using generative architecture programs on her laptop to design a project for a client in Asia, is going to have a different awareness of location and historical context than a student working in a less architecturally resonant city, or in a typical cookie cutter education building. SCAD’s adaptive reuse of historic buildings—many of which have been donated to the university due to its non-profit status—allows students to experience the varied purposes a building has had over the decades. Historic structures have quality materials and workmanship, interesting details, and a sense of connection with the past that new buildings do not have.

Our buildings in Savannah retain elements of their past lives, which are coupled with additions like experimental art or interactive installations. The lobby of Haymans Hall, home to our illustration and sequential art departments, contains a large installation of pencils arranged to suggest the sinuous lines of an echocardiogram—a nod to the building’s past as a health center—accompanied by a hanging swing in the second-floor lounge area, a mural on the third floor, and a back stairwell festooned with vintage stars from France. Jen Library, formerly a department store, has a room-sized chess set by SCAD alumnus Michael Porten, swinging basket chairs, and plush reading nooks covered in beautiful, custom fabrics. What interior design student wouldn’t be inspired by that? SCAD buildings are designed and planned for the present while keeping in mind their past, because student artists and designers learn best in a dynamically layered environment.

Our students in Lacoste learn the tools they will use to define fields like architecture, interior design and fashion deep into the twenty-first century—all the while immersed in a context of medieval buildings, steep hillside cobblestone streets, and Roman ruins. Like the buildings in Savannah, our buildings in Lacoste abound with echoes of their previous lives, including examples of medieval statuary, sculpture and pottery found on site, areas of exposed wall that reveal carvings and details from centuries past, and a large, dome-styled eighteenth-century communal oven that now serves as a reading room in the SCAD Lacoste library. 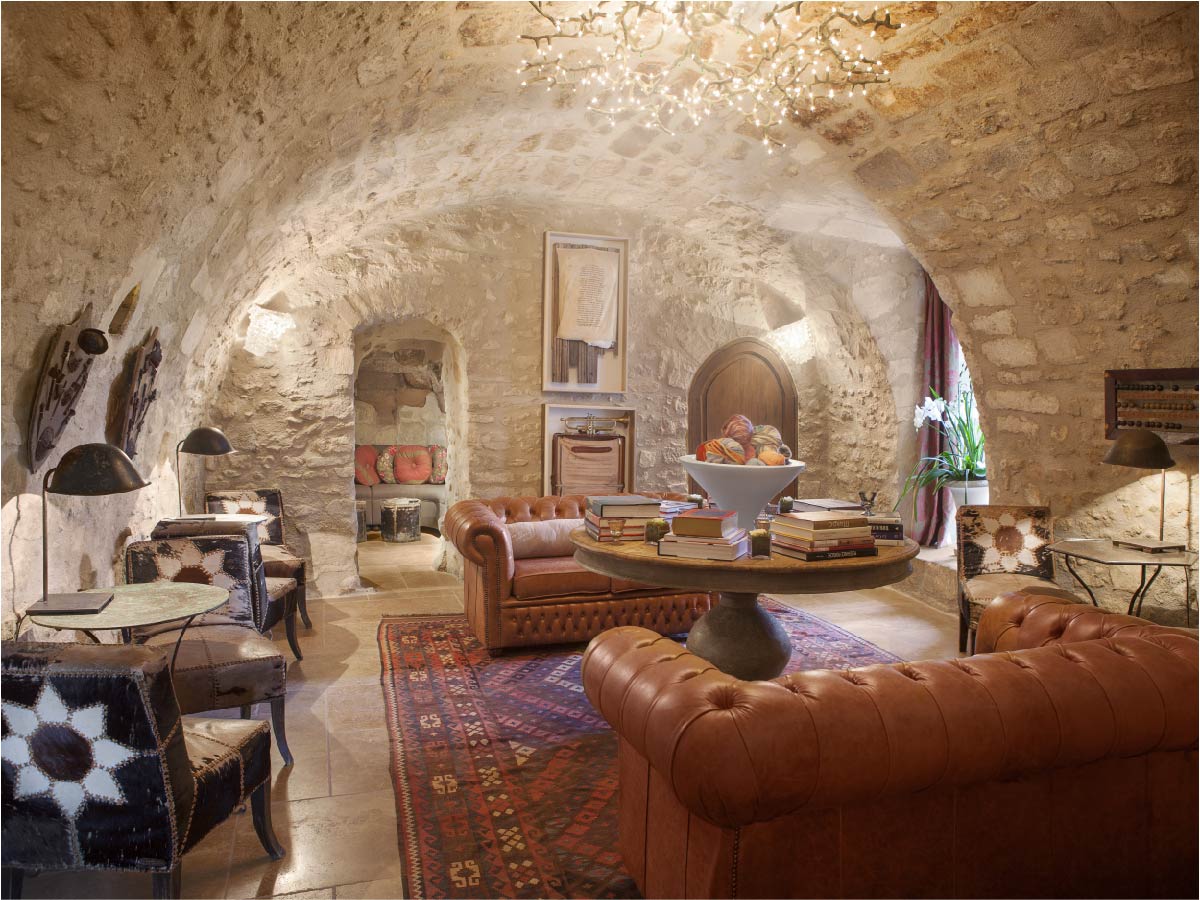 A room in the Maison Basse

The 31 buildings of the Lacoste campus were donated to the university in 2002, due to our non-profit status combined with the university’s reputation for excellence in historic preservation and revitalization. Consider Maison Basse, a five-building, 28-room complex that dates back to the twelfth century. The buildings on the site have seen a lot of history since the sixteenth century, having served as an inn, a gambling den, and as a stable for the Marquis de Sade. Long left to the elements, Maison Basse was in a state of ruin until we brought together architects, preservationists, interior designers, historians and sociologists for a meticulous and extensive conservation and renewal. Completed in time for SCAD Lacoste’s tenth anniversary in 2012, the revitalized complex today contains housing, dining facilities, studio space, a computer lab, and classrooms for architecture, art history, painting, landscape design and photography, among others.

SSS: Starting with the Savannah campus, where SCAD literally brought a sleepy, 18th-century southern town back to life, your design school has evolved into a strong advocate for historic preservation. Could you trace how you went from the first reclaimed building in Savannah to SCAD’s expanding campus in Georgia?

PW: When I co-founded the university, I never imagined that SCAD would attract 1,000 students, and now there are over 12,000 undergraduate and graduate students—from nearly 50 states and over 100 countries. In 1978, I was focused on restoring a single building, now Poetter Hall, built in 1892, and was the Savannah Volunteer Guard Armory. A beautiful, 36,000-square-foot Romanesque Revival building, it was little more than a shell when we acquired it—there was no heat or air conditioning, the paint and plaster were peeling, many of the windows were broken and boarded up, and parts of the building were coated with a black, greasy residue from a diner that had once occupied the first floor. Through six months of major rehabilitation efforts, working what my mother called “half days” (meaning 12-hour shifts), the building was ready to go in time for the first day of classes.

Since then we have gone on to preserve and revitalize more than 100 buildings on three continents, including a British magistracy building in Hong Kong; abandoned public school buildings and a former synagogue in Savannah; medieval ruins in Lacoste; and Ivy Hall in Atlanta—the latter considered an exemplar of the Queen Anne-Victorian architectural style, and thought to be Atlanta’s oldest, most complete, and single most important residence from the post-Civil War period. SCAD’s largest project to date has been the extensive preservation and renovation of the nation’s oldest and largest surviving antebellum railroad depot, built in 1853, into the SCAD Museum of Art—a world-class teaching museum and contemporary arts center that was awarded the top 2014 AIA Institute Honor Award for Architecture.

I am proud to say that SCAD’s historic preservation and adaptive reuse projects have been recognized by the Art Deco Societies of America, the American Society of Interior Designers, the National Trust for Historic Preservation, UNESCO, and the American Institute of Architects. 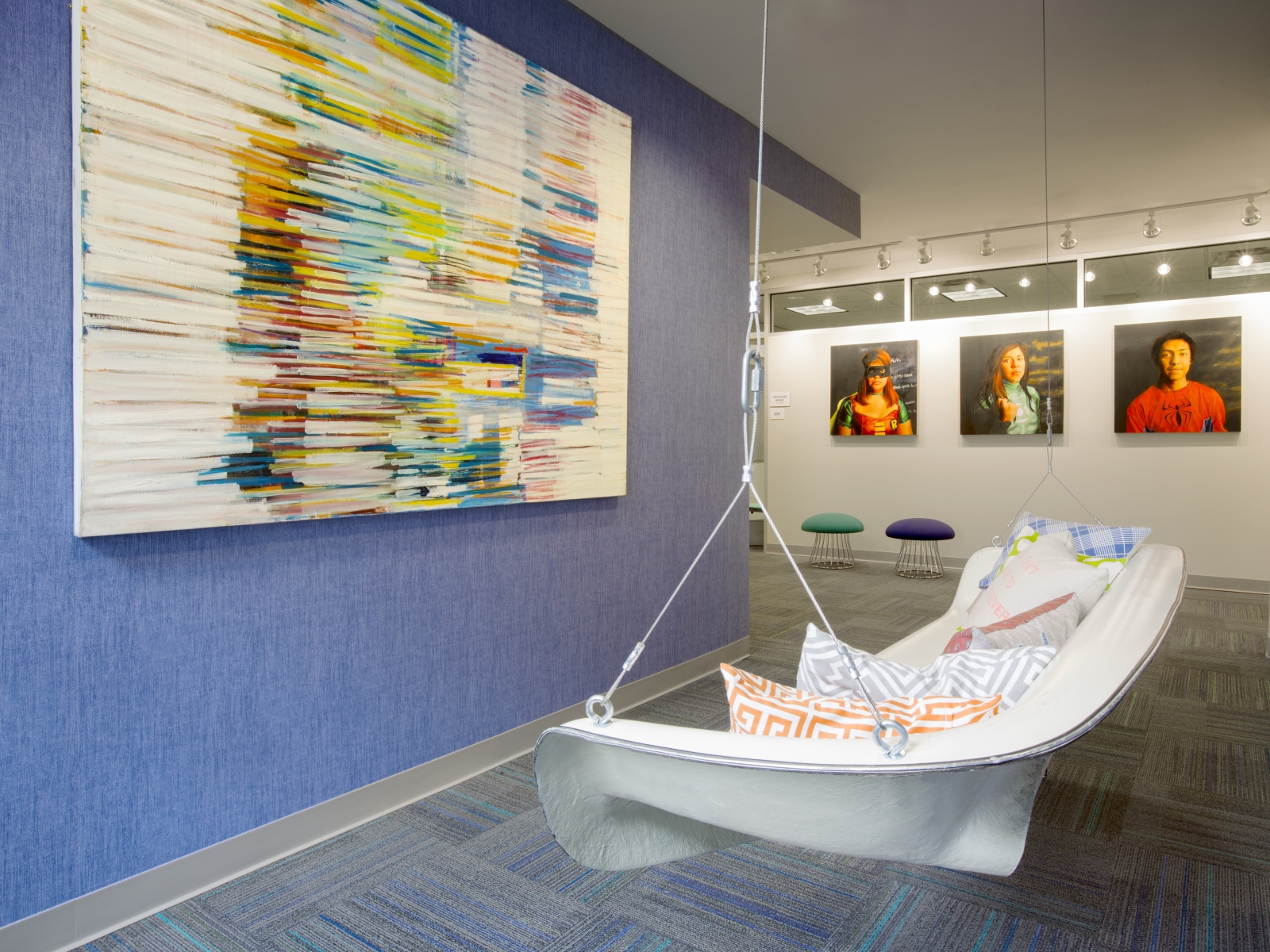 SSS:  Lacoste in Provence presents a much deeper historic context than any U.S. location can—Lacoste is a medieval village. What does the famous light of Provence, the texture of the stone walls, and the village’s relationship to nature, bring to your twenty-first century students’ world view?

PW: SCAD students in Lacoste live and study in buildings dating from the ninth to the nineteenth centuries, gaining a first-hand understanding of the relationships between the present and the past, and among environment, materials and experience. Life in Lacoste directly connects students to their forebears, to the minds and hands of another age that made the doors, lintels, façades, corbels, and other important details they live among for the duration of the term. In Lacoste, students can learn just by observing their own educational environment—noticing the ideas that stand the test of time, and how excellent the execution of those ideas by curators and artisans must be to last through generations of use.

Many of today’s university undergraduates have grown up in a world of virtualization and prefabricated standardization, terms that do not in any sense apply to the distinct learning environment of Lacoste. The solidity, mass and texture of the stone walls, the idiosyncratic undulations of the cobblestone streets, and the ancient invention illuminated by nearby Roman ruins, viscerally bring home the fact that everything we do today contributes to a tapestry of presence, creativity, and context that unfolds across history. Students at SCAD Lacoste are educated in a landscape with many stories, through which many makers have passed, and to which many have contributed.

The extraordinary light and pastoral settings of Lacoste and the Lubéron valley have attracted artists for centuries. Considering the influence the region had on van Gogh, Cézanne, Gauguin, Picasso, Braque, Matisse and so many others, the area rivals Paris as a birthplace of modern art. SCAD faculty focus their learning and attention to ensure similarly transformative experiences for students—who will continue the region’s rich history of cultural redefinition, innovation, and invention.

SSS: As we mothball our preoccupation with Modernist amnesia, context and local have become important words to those who design. Can you talk about how Savannah, Lacoste, and your other campuses reinforce the student body’s current interest in authenticity, pride of place, and connectivity? I’m especially interested in how you tie these interests and unique resources to design pedagogy.

PW: Businesses value international experience in new hires. Employers desire strong contributors who are well traveled, culturally literate and diverse, and who have been exposed to a broad spectrum of situations and perspectives. SCAD’s 12,000 students can study at campuses situated on three different continents, moving seamlessly through degree programs while combining the best of local context and global connectivity. Whether living and studying in a nineteenth-century cityscape like Savannah, an urban media hub with abundant parks like Atlanta, a medieval village like Lacoste, or an international metropolis like Hong Kong, students are immersed in the distinct flavor of day-to-day life in each place.  Professional and personal networks are expanded through study trips, internships, and professional partnerships established by SCAD to benefit our students. We offer them well planned and rigorously assessed formal learning, as well as learning by walking around.

This combination of local contexts and distributed connectivity offers our students opportunities to develop an appreciation of where they are at the moment, and to see ways they can live and create in the world at large. SCAD’s witty and wise educational environments are among the many resources we offer to students—resources that are part of the reason, along with accredited degree programs, expert faculty, and real world experience, why our students are successful in their careers. In a survey of our spring 2013 graduates, 93 percent of respondents were employed, pursuing further education, or both, within ten months of graduation.