The radical architectural magazine is given its due at a small, but sprawling exhibition at London’s Institute of Contemporary Arts.

Curated by Juliette Desorgues, the exhibition Everything is Architecture: Bau Magazine from the 60s and 70s at London’s Institute of Contemporary Arts is the first show devoted to the radical architectural magazine. Pictured: Above the display vitrines, blown-up versions of Bau’s covers are arranged chronologically, along with key articles and spreads, demonstrating how its editors liked to play with scale.

Courtesy the ICA; all magazine covers courtesy the architects, artists and their estates

The Institute of Contemporary Arts (ICA) sits on The Mall, one of London’s most distinguished boulevards. At one end lies Buckingham Palace, at the other is Trafalgar Square and Nelson’s Column with Sir Edwin Henry Landseer’s four lion statues at its base; to the south runs St. James’s Park with its bandstand and pelicans.

Surrounded by such highfalutin pillars of the establishment, the ICA makes an unlikely location for championing radical art and culture. But this is the institute’s mission. And tucked away in one of its small galleries is an equally small exhibition on the adventures of a handful of pioneering Austrian architects who half a century ago hoped to redefine architecture; their medium—and the central focus of the show, Everything is Architecture: Bau Magazine from the 60s and 70s—was an experimental journal.

In 1965, the editorship of an Austrian architecture periodical, Der Bau, was taken over by a handful of young, influential architects and artists, including Sokratis Dimitriou, Hans Hollein, Walter Pichler, Günther Feuerstein, Gustav Peichl and Oswald Oberhuber. Their intention was to use the publication, which they shortened to simply Bau, as a platform for politically conscious, technologically infused, and satirical ideas. All this was to be reinforced not just by the magazine’s path-breaking graphic design, but also by its editorial principles, perhaps best expressed by what was then the spurious but exhilarating claim that “everything is architecture.”

It was Hollein who had originated the slogan, and he elaborated on his beliefs at length in a manifesto that ran in Bau‘s 1968 double-issue. “Limited and traditional definitions of architecture and its means have lost their validity,” Hollein wrote. “Today the environment as a whole is the goal of our activities—and all the media of its determination: TV or artificial climate, transportation or clothing, telecommunication or shelter. The extension of the human sphere and the means of its determination go far beyond a built statement. Today everything becomes architecture. ‘Architecture’ is just one of many means, is just one possibility.”

These grandiose musings and others like it were manifested as a large format, many-paged, glossy magazine boasting a mixture of strong graphics, long-form essays, conventional project write-ups, playful collages, and the occasional use of bold color. Its readers would have seesawed between high-brow philosophizing and accessible popular imagery. 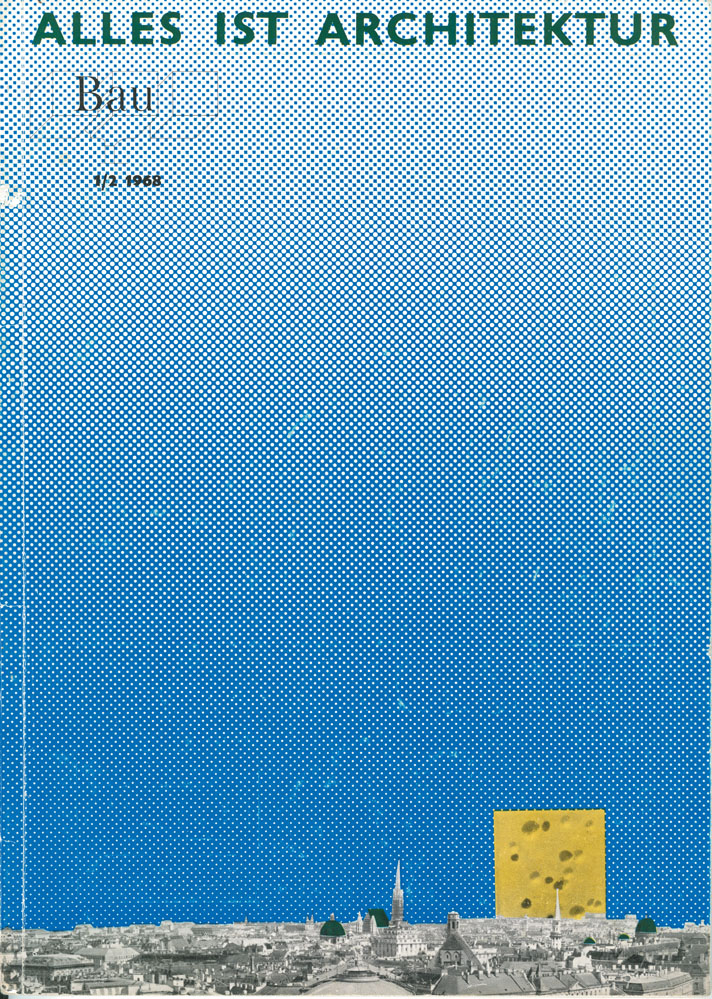 At the ICA, curator Juliette Desorgues has arranged some 24 issues thematically in waist-height vitrines. A particularly engaging cabinet focuses on the 1965 issue, the entirety of which was dedicated to the U.S. (where Hollein had studied). Images of buildings by Louis Kahn and Frank Lloyd Wright rub shoulders with those of the Grand Canyon, Marilyn Monroe, and Coca-Cola bottles. There’s a beguiling collage presenting elements of the space age as an alternative to buildings. And while this melange may not have proved to every reader that everything is indeed architecture, it may well have made them at least consider the argument.

The intimate exhibition shows just how Bau was both of its time and ahead of its time, and how its editors had their gazes fixed far beyond the borders of Austria. Early work by Coop Himmelb(l)au is featured alongside that of the famous U.K. practice Archigram, Japan’s Metabolism practitioners, Buckminster Fuller and Claes Oldenburg, and even the Italian publication Domus. Additionally, Bau‘s roguish operators hoped to champion some of the Western and Central Europe’s pre-WWII architects, in an attempt to readdress the historical amnesia that followed the war. Hence their publishing of pieces on Josef Hoffmann, Adolf Loose, Rudolph Schindler, and the analytic philosopher and sometimes architect Ludwig Wittgenstein.

This is the first exhibition to focus on Bau, and it was personally initiated by Desorgues, whose interest in 1960s Vienna was sparked when she lived there. The ICA’s Fox Reading Room, which devotes itself to focused studies of overlooked aspects of movements or individual artists, is an appropriate space for this niche but intriguing show. And while some visitors may find themselves pondering the nature of architecture, for others it will throw inspirational light on magazine design and production.

Everything is Architecture: Bau Magazine from the 60s and 70s at Institute of Contemporary Arts in London runs through September 27, 2015. 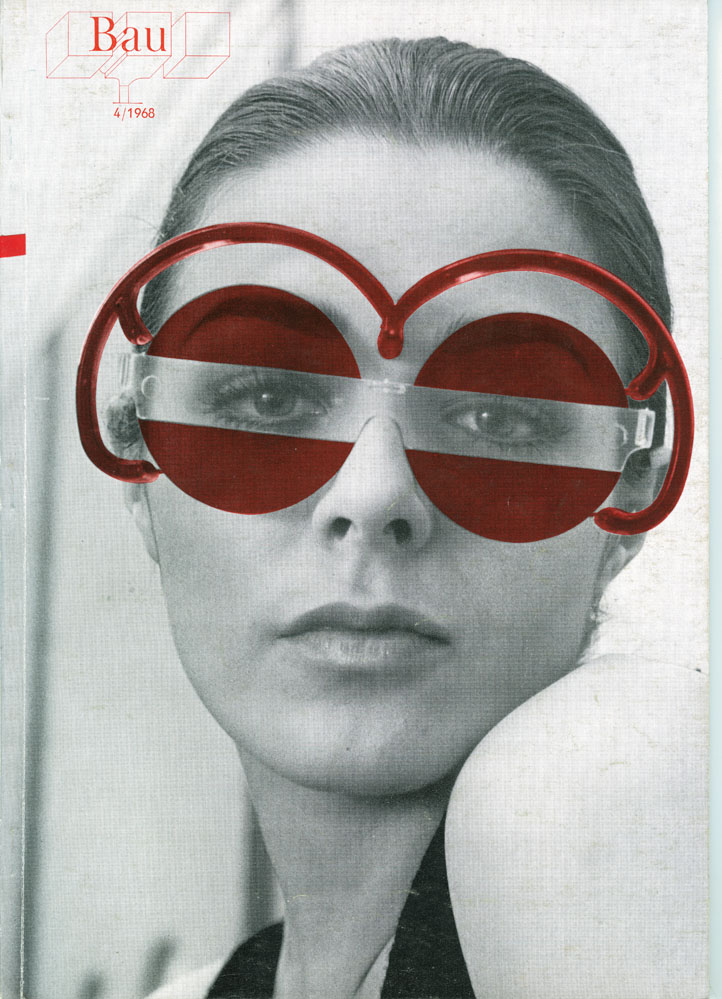 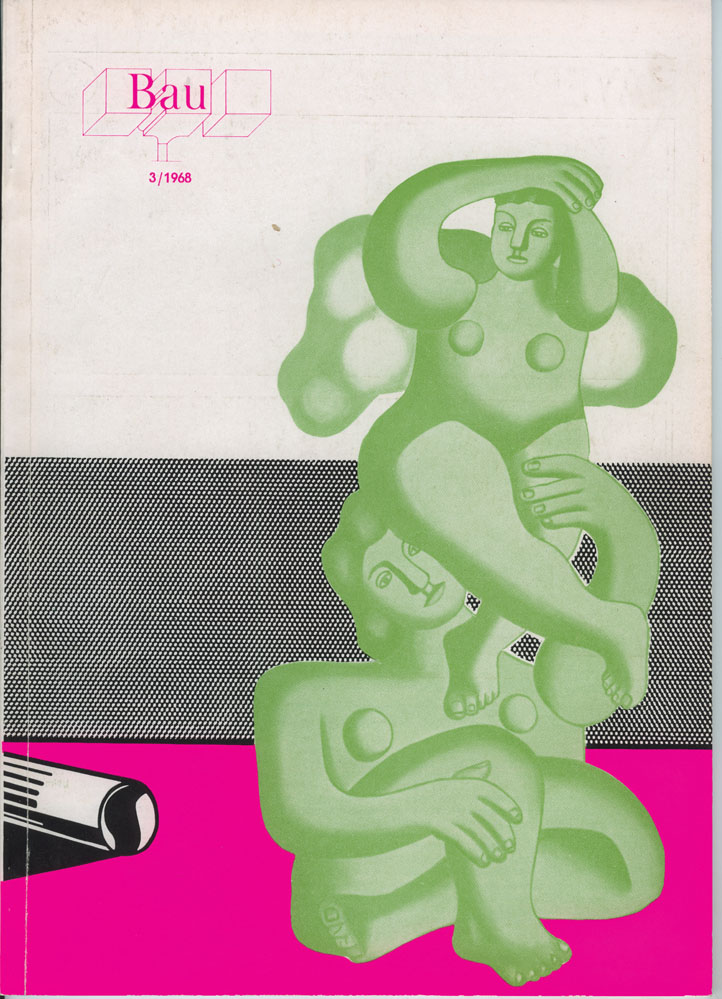 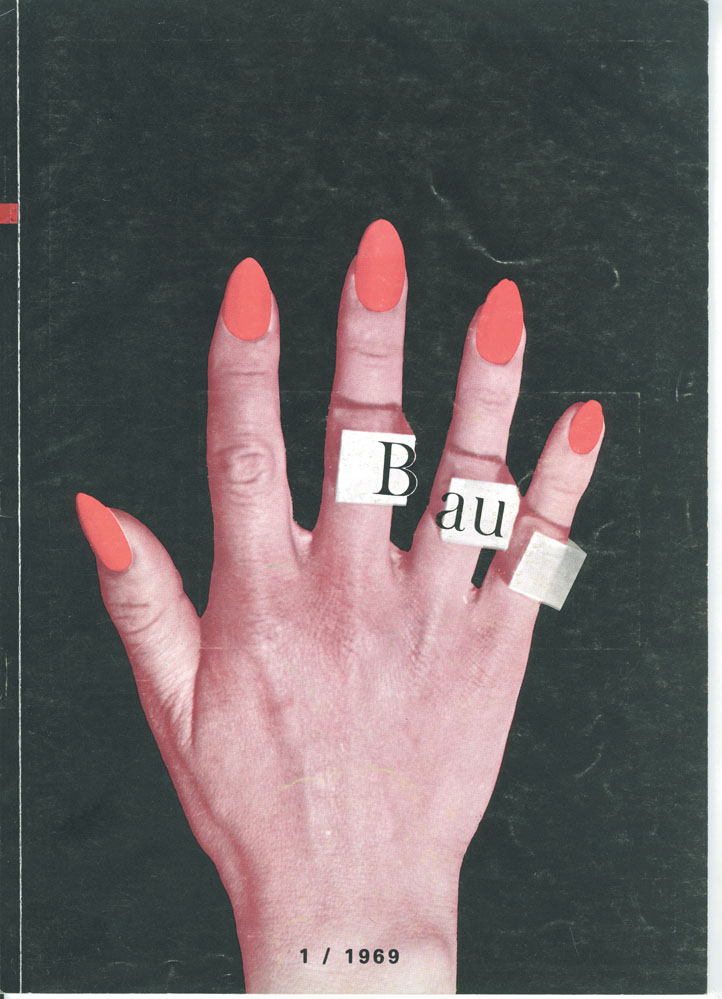 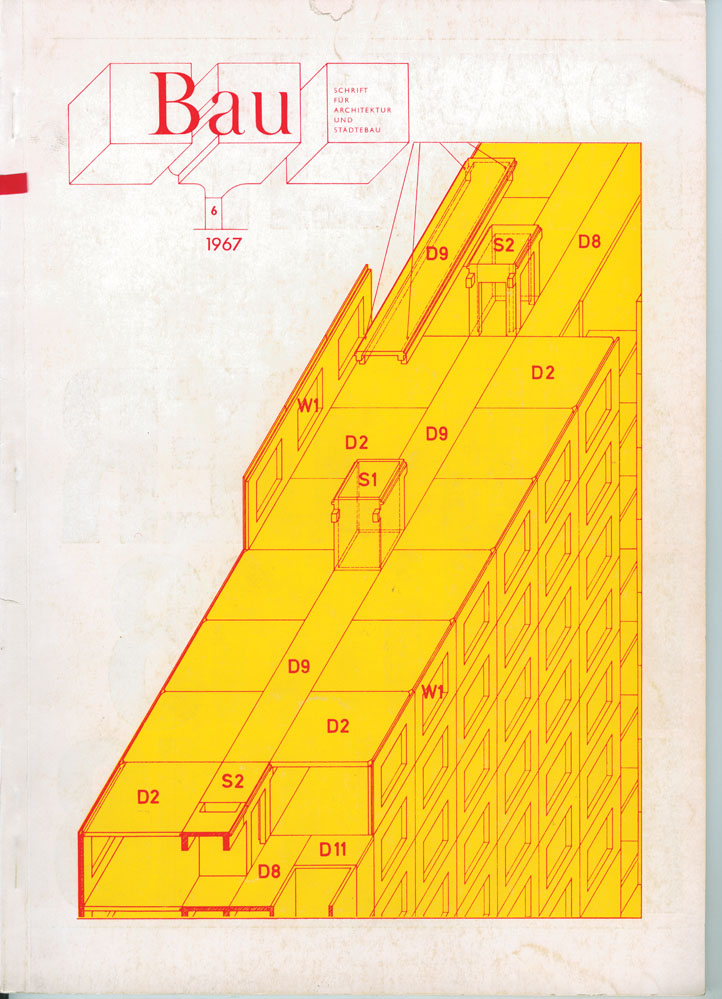