The island’s diverse community stands as a testament to a broader social coalition. New real-estate developments threaten to change that.

We previously discussed how the urban design of concrete towers played a role in the historic tale of New York City’s Roosevelt Island. However, the design story alone fails to shed light on all the challenges and virtues that make its modern profile so extraordinary.

The island’s diverse community stands as a testament to a broader social coalition, thanks in part to its unique beginnings. The 1969 alliance behind the project included Manhattan benefactors who funded the master plan and Mayor John Lindsay, who relinquished control of the land to the state. When the latter couldn’t afford to build the plan, New York’s Urban Development Corporation (UDC) pursued funds from the U.S. Department of Housing and Urban Development (HUD, a legacy of Lyndon Johnson’s Great Society). To meet the criteria for Nixon/Romney’s Operation Breakthrough program, the original building plans had to be revised; most significantly, the towers grew taller, and courtyards were cut off from the East River. A frustrated Philip Johnson, who had developed the master plan with John Burgee, proclaimed, “This is no longer my island!” But other aspects of the plan persisted. Johansen and Sert managed to maintain the human scale of Main Street by linking towers with seven-story continuous street walls. So, the iconic island view remains true to the plan: an uncompromising concrete canyon. 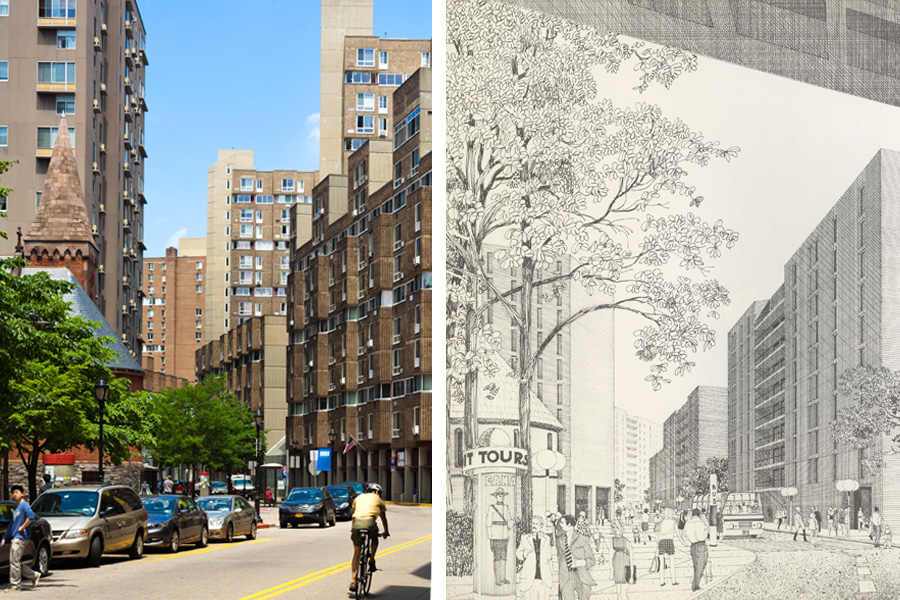 Despite concessions, the foundations for an equitable city were well-laid by the prominent team. In fact, they were required by HUD to pursue innovation and meet specific socioeconomic demands: 30% low income housing, 25% moderate, 20% middle, and the remaining 25% market rate. The scholar Yonah Freemark explained the execution and outfall in his 2008 article “Roosevelt Island: Exception to a City in Crisis.” He described the island as a breakthrough against all odds. As of 2000, the island was more racially and economically diverse than comparable communities; 17% of households fell below the poverty line, while 23% earned more than $100,000. The racial characteristics of the island remained as diverse: 48% white, 27% black, 14% Hispanic, and 11% Asian.[1] Compared to similar plans at Battery Park City in Manhattan (which became too rich) and Cedar Riverside in Minneapolis (which became too poor), the Roosevelt Island social experiment remains an unrivaled achievement. (Beyond this success, the red gondolas, and a Louis Kahn-designed park make the island a quirky destination, too.) 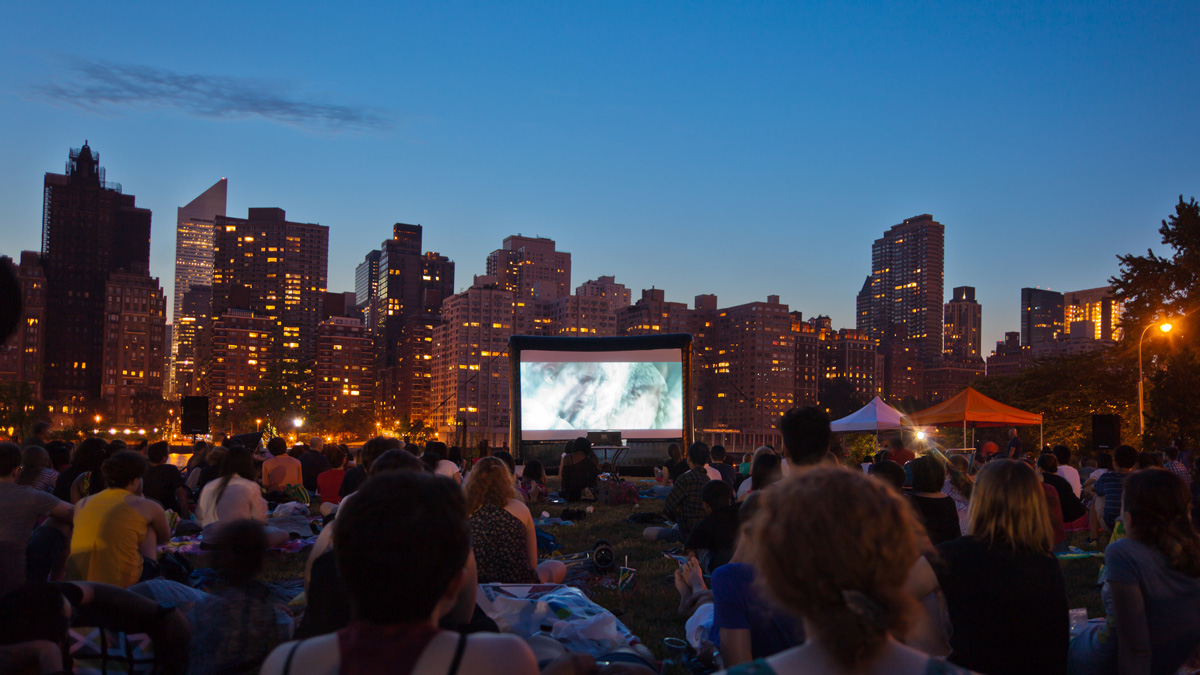 An open-air film on Roosevelt Island, 2013

So, is affordable housing still right for the island? The market has answered in the negative. Today, most units have been released from their affordable subsidies and prices are on the rise. A 2004 UDC survey indicates that residents love the concrete complex, but feel powerless and fear being pushed out by the market. Can Roosevelt’s diverse culture be renewed? With Cornell NYC Tech set to build a sprawling “Silicon Alley” next door, luxury rentals on the rise, and rumors of a new museum, change is certain. Will stakeholders make way for sterile speculation, or will heritage prevail for a more vibrant reuse? The eye of public imagination is fixed on this island where modern architecture and concrete made social equity. We watch the icon of an unlikely coalition, marooned in plain sight, a stone’s throw from the some of the world’s priciest property.

We watch and wonder: What is next for the rock formerly called Welfare Island? 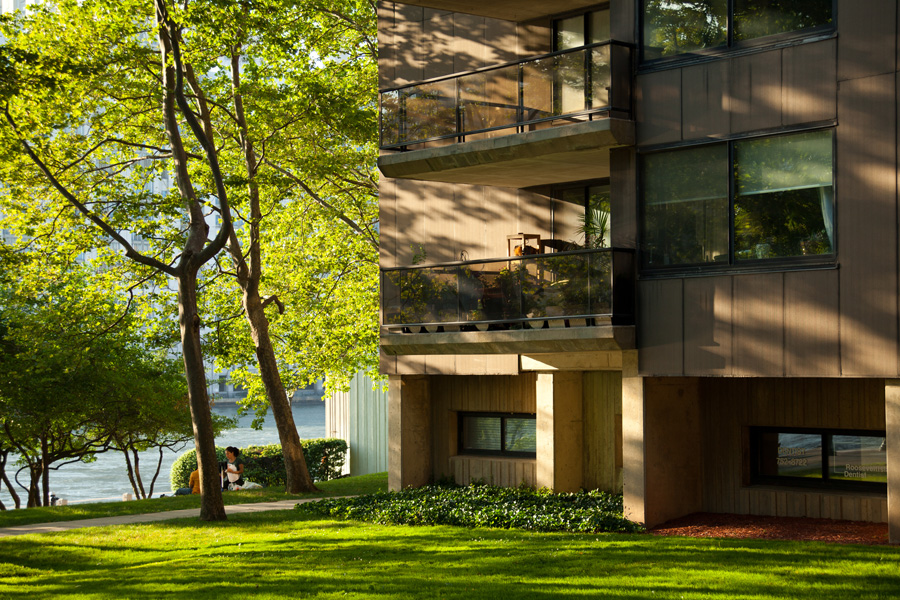 In our next installment, we’ll explore the struggle to save more recent history, often endangered by the most thoughtful stewards.

David Turturo is designer and researcher at Bruner/Cott & Associates. His professional experience includes the design of institutional and tall buildings; including the adaptive reuse of modern architecture. Additionally, he teaches design, history, and theory coursework—focusing on topics of social justice, the city in history, and modern architecture. Follow him on Twitter: @dtdesigntheory