Slums are Necessary: The Story Behind the Mark App

From the seeming chaos of Heliopolis a makeshift culture emerges

By: Meagan Durlak and James Frankis

On the outskirts of some of the world’s largest cities exists an informal way of life. It’s unlike any other. To most, these spaces are defined as slums, shantytowns, or favelas. The list of stigmatized words associated with these settlements is never ending. Regardless of their delineation, the sheer mention of their existence conjures up an endless sea of negative associations—rampant crime, dismal infrastructure, impoverished communities, filth, and a severe lack of education. Yet the reality is not as simple as all that. While our assumptions are not wholly dishonest, they are wildly deceptive. Heliopolis, the largest favela in Sao Paulo, grew out of a need for proximity to the amenities that the city had to offer. When this informal settlement was first established in the 1940s, the demand for it was low, thus the population was much smaller and much more spread out than it is today. Over time, as Sao Paulo expanded so did the desire to be situated within its reach. But housing within the urban area was not affordable to a large number of low-income residents. So they settled down on un-owned and non-delineated land areas, like Heliopolis. Today, the densely lined streets of this three-quarter square-mile favela, is home to roughly 100,000 inhabitants. When we first see Heliopolis, all of the stereotypes we could imagine about an informal settlement are at play—the tin roofs are rusting, the streets are sprawling and unorganized, brick buildings are crumbling, and crime is rampant. There is no denying that these characteristics are a reality. What surprises us, however, is that an average home within the perimeter of Heliopolis costs $100,000 USD. As a matter of fact, one of the most prestigious hospitals in Sao Paulo sits along the edge of Heliopolis. 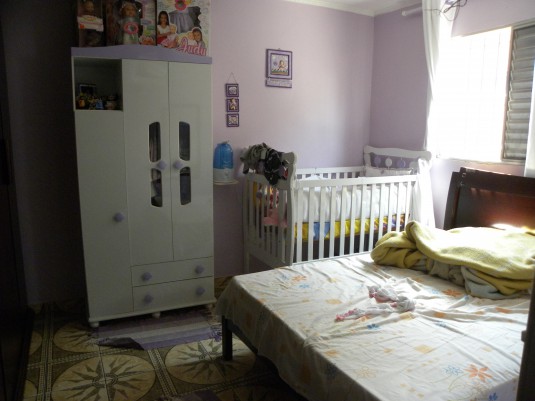 Underneath the overwhelming weight of negative associations and stereotypes, there is an undeniable richness that exists within this informal space. The makeshift culture that emerged from the combination of the informal and the formal has created systems, beliefs, and a sense of community that are unlike anything you might find in a formal city setting. In the past, this community was absolutely dependent on the resources of the city. Today, with the advent of small businesses like hairdressers, grocery stores, restaurants, laundromats, and other  informal transactions have been created; these make it virtually unnecessary for the inhabitants to leave Heliopolis. There are evident systemic problems, but this does not define the everyday life of inhabitants within Heliopolis. The community is downright proud of where they live. 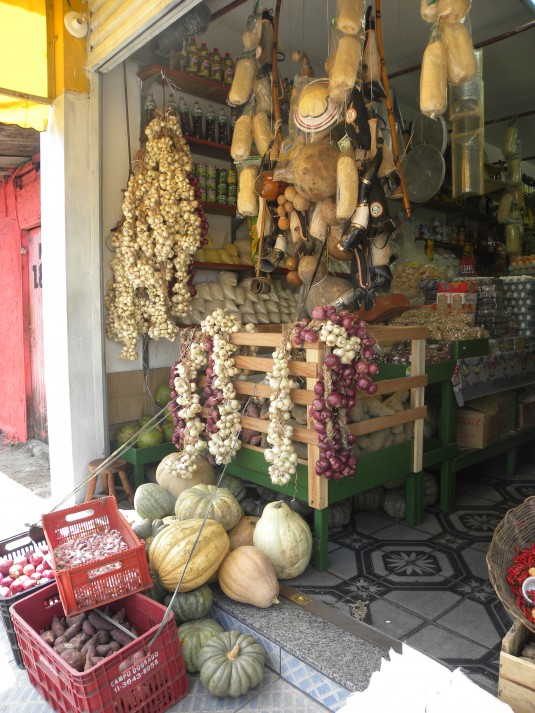 A local shop in Heliopolis

Through our work at Parsons New School, in the MFA Transdisciplinary Design program, James and I have come to see informal settlements, like Heliopolis, as necessary. These spaces, which are the byproduct of rapid urbanization, are home to the workforce of many of the world’s largest cities. But more importantly, there is a richness within informal settlements that makes them as fundamental culturally as any other formalized urban space. We’ve come to see informal settlements not as problems to be solved, but as design opportunities. How do we know all this?  As grad students in the New School’s Transdisciplinary Design program, we came to understand the evolution of this point of view. The growing interconnectedness of our world has started to create large multidisciplinary ‘wicked’ problems, much like informal settlements. And we are constantly asked to design within this uncertainty and ambiguity. Through the collaborative and cross-disciplinary conversations we engage in, we are able to uncover the dense systems that exist around a single issue. Working through and within this kind of complexity, offers insight into not just the consequences of an action but also the consequences of that consequence. This problem mapping ensures that the intervention, or the design, is thoughtful and considerate of the space it will exist within. Transdisciplinary design is different from other design practices in that we are working towards uncovering the most impactful, learned solution (system, strategy, service, branding, and more), without any set expectations of what that should be at the onset of the conversation. Our venture is called  Mark and it  evolved out of this reflective transdisciplinary design process. We spent five months engaging in conversations, research, workshops, system mapping exercises with a variety of local and global experts in order to break through the negative barriers associated with informal settlements and get to the core of daily life within this ambiguous space. Each conversation added a new piece to our puzzle– the reality that these spaces are not solely defined by crises and problems.  Yet it’s these negative associations that continue to undermine the vibrancy of such human settlements.

Mark evolved out of the belief that there is value in creating a tool, which allows the residents of informal settlements to document and share their space not just with experts, and global institutions, but also amongst themselves. Mark, an early-stage SMS-based mapping tool, intends to turn the citizens of informal settlements into cartographers and advocates of their space. This platform aims to provide a digital infrastructure, which will be primarily applicable to those who live in Heliopolis. It will also be scalable and adaptable to other informal settlements over time. We believe that as these communities begin to map their surroundings, the dominant issues and cultural values that are relevant to them will start to shift from the background to the foreground. Our next post will discuss technology in the favela and the advent of the virtual class. Follow us as our venture evolves at mobilemark.org. 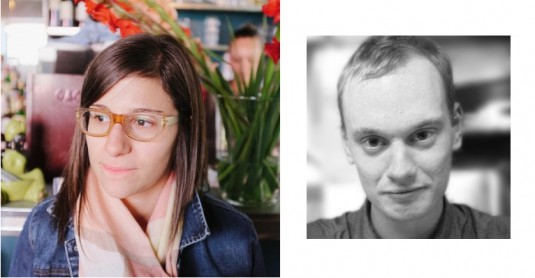 Meagan Durlak is a recovering graphic designer. After spending the last 5 years working with a handful of great clients, (such as the Ontario Ministry of Health, Canadian Film Centre, Journalists for Human Rights, MaRS Discovery District, Makeshift Magazine, and the Royal Ontario Museum) she has come to realize that she wants to pursue design in a new way. In the hopes of making life a little more interesting, and exploring this new dimension of design as an approach, not just an end-goal, she is pursuing an MFA in Transdisciplinary Design at Parsons the New School for Design.

James Frankis is a graduate student studying in the Transdisciplinary Design MFA at Parsons New School. He is especially interested in how open and crowd-sourcing data can lead to innovative new products and insights. Utilizing this through tinkering and strategic, user-oriented design, James attempts to create platforms that provide access to and inform people about complex, hidden or difficult information.