Tech and Sustainability Meet Up at Greenbuild

The “classic” Silicon Valley stretches from Palo Alto to south of San Jose, CA, about 20 miles south of San Francisco. Bay Area locals are mighty excited about Greenbuild coming to San Francisco in November.  The conference theme, “@ Greenbuild,” references the mindboggling array of Internet and technology companies headquartered in our backyards. You know […]

The “classic” Silicon Valley stretches from Palo Alto to south of San Jose, CA,
about 20 miles south of San Francisco.

Bay Area locals are mighty excited about Greenbuild coming to San Francisco in November.  The conference theme, “@ Greenbuild,” references the mindboggling array of Internet and technology companies headquartered in our backyards. You know Google, Yahoo, Twitter (co-founder, Biz Stone, will join us at the Greenbuild opening plenary), LinkedIn, Yelp, and YouTube.  Smaller social media outlets are also ubiquitous, including StumbleUpon, Reddit, Delicious, Yammer, Pinterest, and many more.  Of the 17 companies mentioned in a recent survey on social media for designers, all but one are headquartered here. (Tumblr hails from New York.  Rebels!)  We also have our host of gaming companies, many of whom tap into social networks; gamejobhunter lists over 120 companies nearby, from tiny start-ups to titans like EA and Zynga.

Our social media bonanza has roots in the original tech boom in Silicon Valley – named after silicon chip innovators – back in the 1970s.  What is Silicon Valley exactly?  Although the name originally referred to a specific region around Stanford University and San Jose, its tech prowess has spread throughout the region; the San Jose Mercury News recently argued that “Silicon Valley” now includes five Bay Area counties.  For many of us, though, Silicon Valley is more about a mindset and an approach to business that’s become synonymous with high tech innovation.  It has remained in this area because, as I once learned in a city planning class, companies that demand a stream of employees with the tech sector’s specialized mindset and skillset tend to thrive when they flock together.  (San Francisco’s tax break for tech companies probably doesn’t hurt either.) 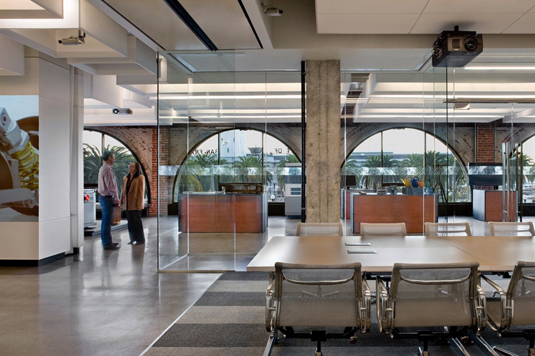 This brings us to where we are today – a vibrant and slightly avant-garde-geeky community about to host the biggest Greenbuild ever.  I’m excited to be at the nexus of this tech + sustainability crowd as part of the Greenbuild 2012 Host Committee, made up of volunteers from USGBC’s Northern California Chapter. As the co-chair of the Host Committee’s Social Networking Sub-Committee, we’ll work with USGBC’s Greenbuild team to create the most networked show ever – with your help, of course (get those #Greenbuild tweeting thumbs ready!). This emphasis on the collision between technology and sustainability is especially appropriate because many of our local tech companies are also leaders in green building.  Google, Adobe, SAP and Zynga were four of the first six to sign on to the California Best Buildings Challenge, a program by USGBC and its Northern California Chapter, and many others have substantial sustainability programs.  Many of the Bay Area’s tech companies reside in LEED buildings or spaces, and YouTube now occupies 901 Cherry, an early green building landmark designed by William McDonough + Partners. 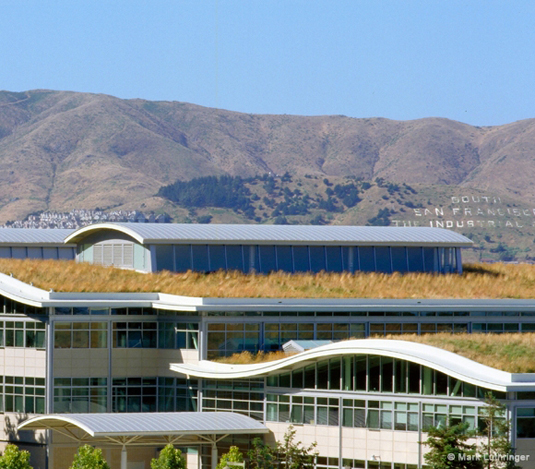 I look forward to “seeing” you in San Francisco this November – if not in person then via social media.  In the meantime, you can follow @Greenbuild on Twitter, join the LinkedIn group, like our page on Facebook, and peruse Greenbuild pins on Pinterest.   See you there!!

This blog is syndicated with the Greenbuild site where you can learn more.

Mara Baum AIA, LEED AP BD+C is the Sustainable Design Leader for HOK’s global healthcare practice. A thought leader in the healthcare design field, her work focuses on the intersection between ecological considerations and the creation of a healthy and healing environment. Mara is also on the faculty of Boston Architectural College and leads HOK’s internal sustainable design education program. A LEED accredited professional since 2001, her dozens of LEED and Green Guide for Healthcare projects cover tens of millions of square feet.

Mara is also the Social Networking co-chair of the Greenbuild 2012 Host Committee and is looking forward to seeing you in San Francisco.