The Age of Decadent Driving

An upcoming exhibition examines cars between the world wars, when automakers and designers lavished incredible attention on their materials and details.

Albert Perrot, a French race car driver, first commissioned the sporty 135M Competition Coupe, which was made by the renowned coachbuilders Figoni & Falaschi for the Delahaye Company in 1936. Suited for competition rallies, it had a four-speed manual transmission, a Jaeger rally clock on its dashboard, and a trunk just large enough for a spare tire.

Last year, in a series of Lincoln advertisements, Matthew McConaughey waxed nostalgic about Detroit’s golden age, a time when glamour and elegance—and a healthy dose of bombast—ruled the automotive industry. Automobile design, McConaughey lamented, has been neglected in recent years in favor of “tree-hugging” and “safety standards.” It’s hard not to laugh at such asinine pronouncements, but it’s also difficult to deny that an art has been lost.

Those seeking to rediscover that elegance need look no further than the Museum of Fine Arts in Houston. Sculpted in Steel: Art Deco Automobiles and Motorcycles, 1929–1940 opens in February 2016 at the institution, celebrating the iconic cars and motorcycles designed during that period.

Seventeen vehicles will be on display, gathered from collectors and museums across the country. All are stylish examples of Art Deco, the post–World War I style seemingly enabled by modern machinery, but in fact painstakingly created by artisans. Automakers embraced the movement wholeheartedly, infusing Art Deco into everything from the hood ornaments to the instrument panels.

“The 14 cars and three motorcycles on view in Sculpted in Steel were crafted from the finest materials of the time,” explains Ken Gross, automobile expert and former director of the Petersen Automotive Museum in Los Angeles, who helped curate the exhibition. “They remain today some of the most exciting, iconic, and refined designs of the 20th century.”

The vehicles in the exhibition are accompanied by historical images and videos, showing them both in context and in action. “These are rare and one-of-a-kind examples that epitomize the artful approach to industry employed by the leading auto designers of the day,” says museum director Gary Tinterow. This approach was key to enticing drivers in an era innocent to environmental concerns, and often involved teams of daring coachbuilders and engineers backed by visionary entrepreneurs. In our own time, as the automobile industry seeks to reinvent itself through urban interventions, collaborations with avant-garde designers, and energy-efficient technologies, the show might hold lessons in how to bring back some of the car’s cultural charisma. 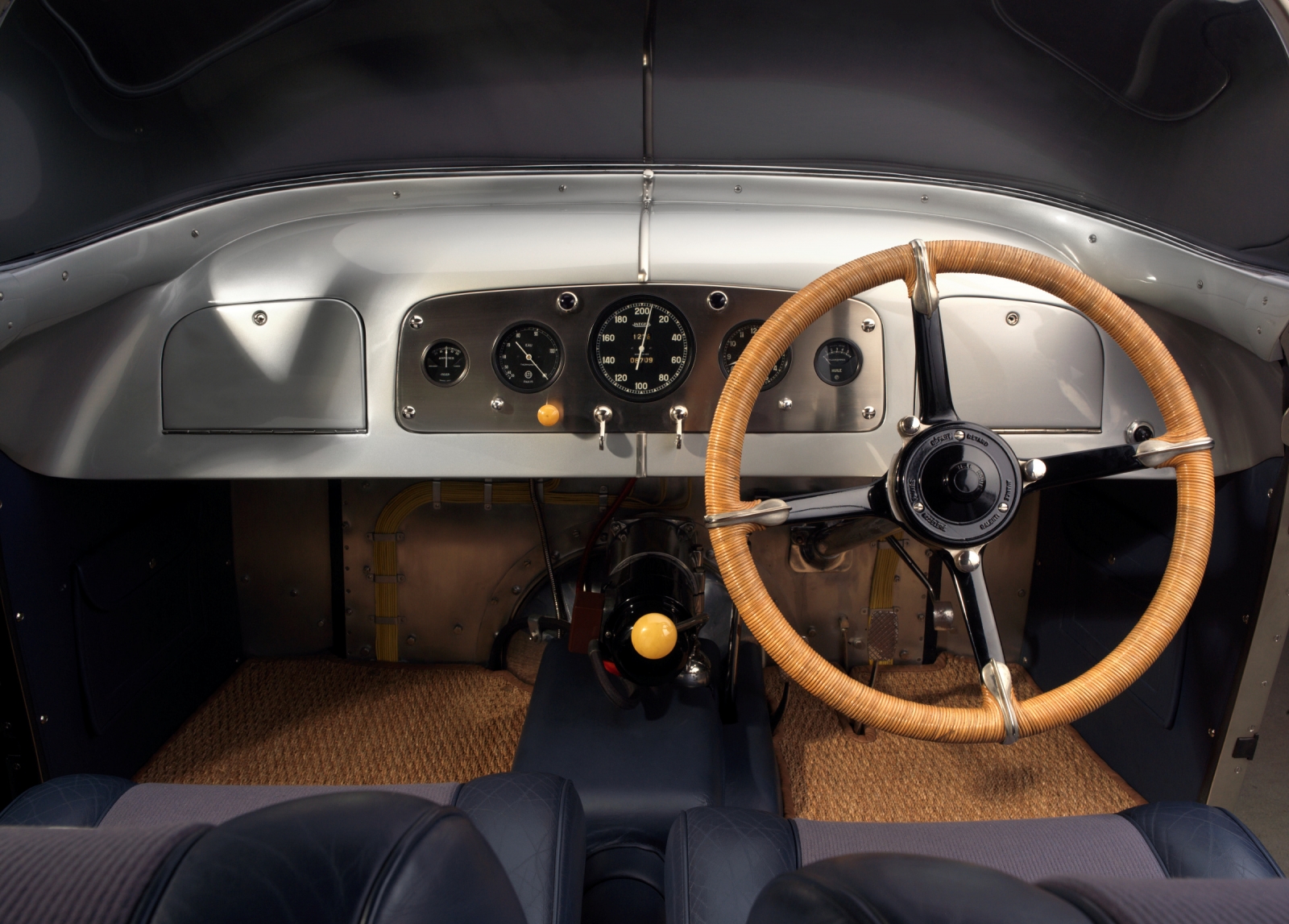 The 1938 H6 Dubonnet “Xenia” Coupe was one of the first cars to use curved glass for its windshield, something that didn’t really come into vogue until the 1950s. Designer Jean Andreau crafted it around a Hispano-Suiza chassis for the aperitif baron André Dubonnet. 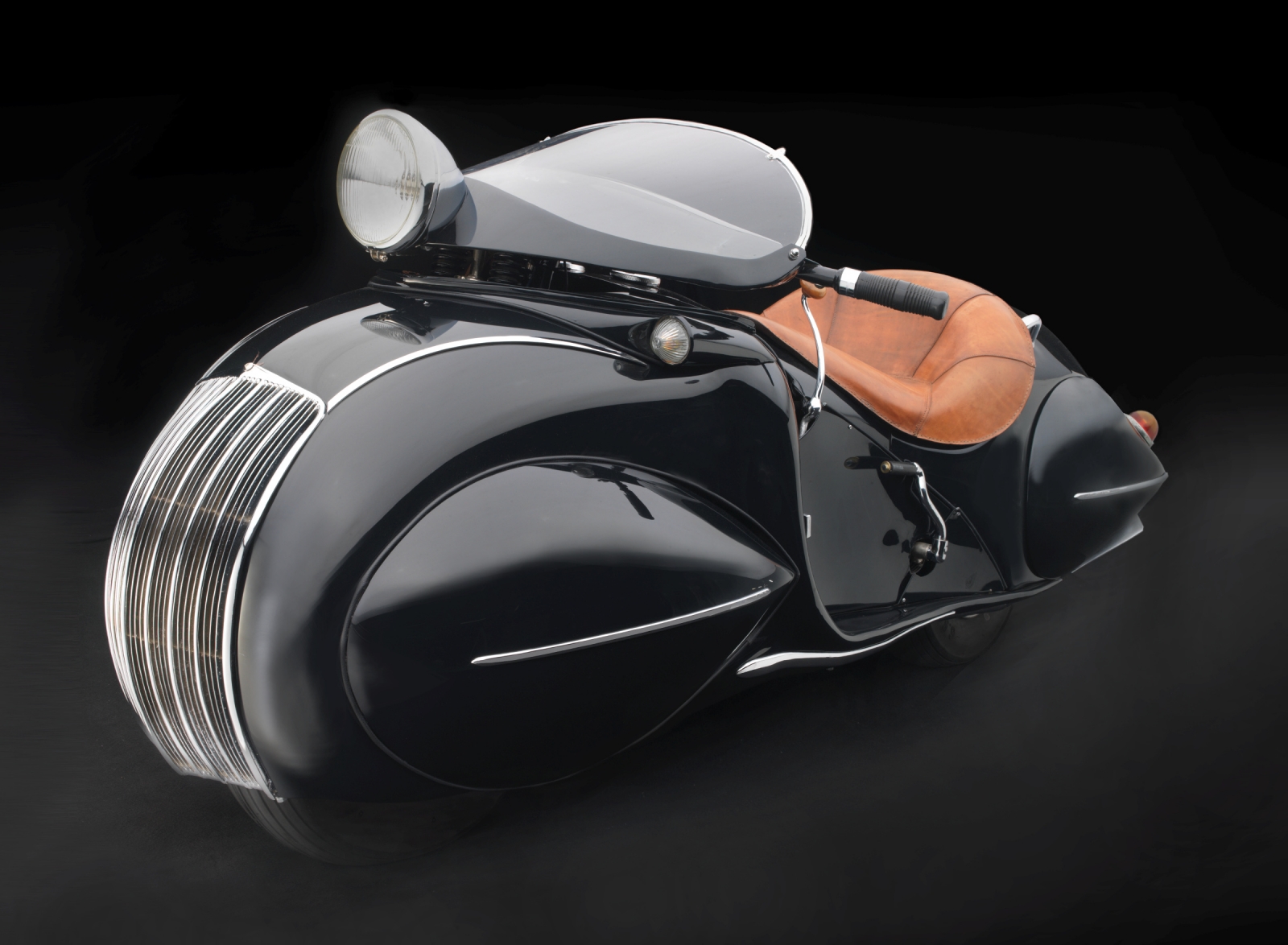 Until the Henderson KJ Streamline in 1930, aerodynamic design wasn’t really used on production motorcycles. The American designer Orley Ray Courtney broke the mold with this two-wheeler, but it wasn’t easy—the steel panels had to be hand-formed with a power hammer. All this made the KJ Streamline heavy and hard to ride, but it did go fast, exceeding 100 mph. 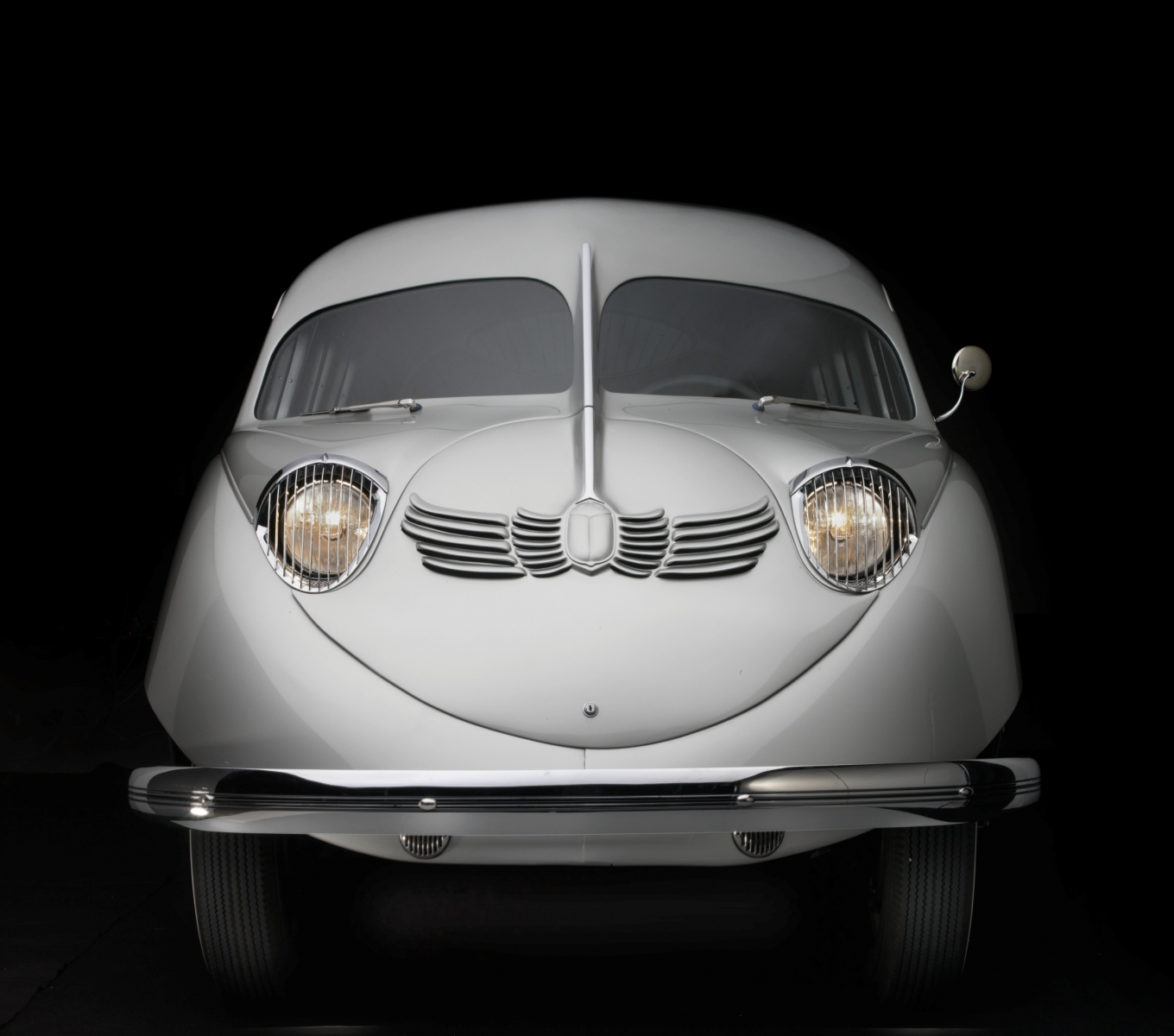 Considered the precursor to the minivan, the 1936 Scarab was designed by engineer and inventor William B. Stout. The aerodynamic design—comparable to that of Buckminster Fuller’s Dymaxion car, which was shown at the 1933 Chicago World’s Fair—might be due to the fact that Stout also designed airplanes. Inside this beetle-like automobile, all the seats other than the driver’s could be moved around, so you could, say, eat a meal around a fold-down table. 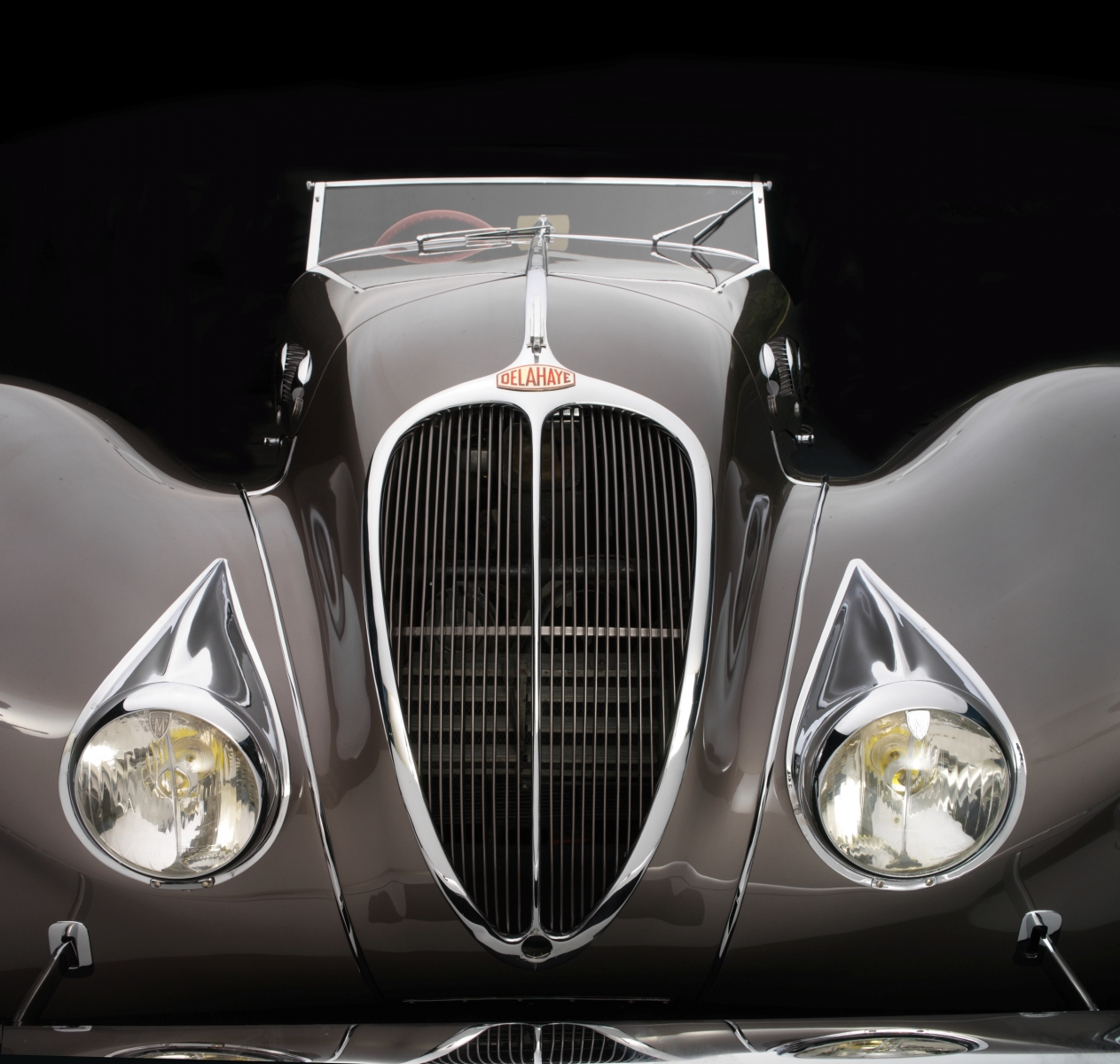 The 135MS Roadster made a splash when it first appeared at the 1937 Paris Auto Salon—and with good reason. Coachbuilders Figoni & Falaschi filed no fewer than four patents for their work on the body, and the interiors were created by Hermès.