The Brilliance of Color

Recently I read an article about the most beautifully colored berry I have ever seen. At first I thought it was fake, one of those plastic berries you see in a sci-fi movie, the type of berry offered to the star ship captain by the scantily garbed alien, and as tasty as they are psychosomatic. […]

Recently I read an article about the most beautifully colored berry I have ever seen. At first I thought it was fake, one of those plastic berries you see in a sci-fi movie, the type of berry offered to the star ship captain by the scantily garbed alien, and as tasty as they are psychosomatic.

Pollia condensata Berries, a little gooey around the edges, but what a brilliant color!
Photos from Wired Science.

The article explained that the Pollia berry was such a brilliant color because the membrane around the berry had a structural color, which was reported in a study conducted by the National Academy of Sciences.

We normally understand color in terms of pigments; materials that reflect back a certain wavelength of the spectrum of light. So remember, a red dye turns things red because the material absorbs all the colors of the color spectrum except for red. This is great for our cardigan sweaters and Valentine’s day cookies, but keep in mind, most dyes and pigments are toxic (bad cookie!) and fade over time due to the exposure to light (and a few too many washings).

So if pigment is how we normally create color, what is structural color? I’m going to use a DVD to help explain. 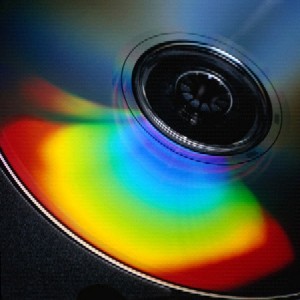 The underside of a CD or DVD has tiny etches on its surface. Those etches can be read by a laser, representing digital information, 1’s and 0’s, and are caused by the laser reflecting back at different angles.

As technology has improved, the laser beams and the layers of a disk have gotten more complex. Blu-ray disks use a blue laser beam, a finer laser that enables more information to be recorded in smaller etches on the disk’s surface. Smaller etches means more etches can be fit onto the surface of a disk. The difference in the size and density of these etches is why a Blu-ray disc and a regular DVD have different colors. 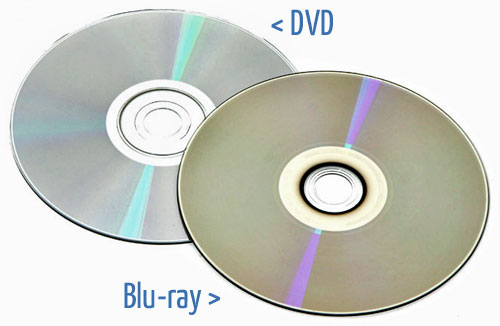 So what does a CD have to do with a Pollia berry?

Those rainbow colors that you see bouncing off the backside of a CD are the result of the structural form on the surface. Light strikes the surface, gets caught in the molecular structure, and bounces back at different wave lengths. The light gets caught in the surface of the object. It’s like trying to throw a baseball through a forest, only to have it hit something and ricochet in a completely different direction. The structures on the surface of certain things allow only certain wavelengths of light to bounce back, this is structural color. 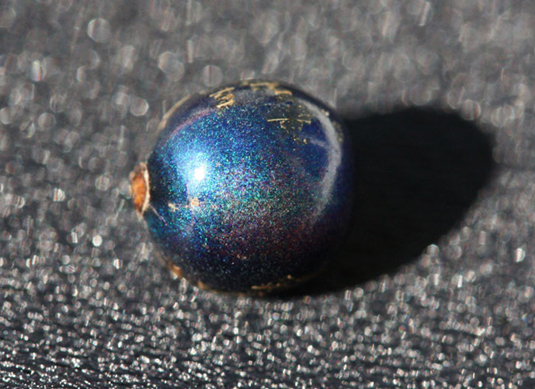 Examples of living things with structural color are peacocks and their brightly colored feathers, or the brightly colored scales of some fish. The cellular structure on the surface of the animal causes light to bounce off at certain wavelengths. The Pollia berry does the same thing, but with the cellulose structure of the berry’s skin.

A Reuters articles talks about how this berry has managed to evolve a form of brilliant color that lures in birds and other species. A brightly colored berry can look pretty good in a nest or when trying to attract a mate. Or can look very tasty, even though it has no nutritional value. The Pollia berry has found a way to attract others to carry off its seeds without having to use precious resources to make a nutritious berry. It also has created a form of color that does not fade with time.

We’ve all see beetles and butterflies in museums, and these little beauties also use structural color. Structural color is the reason they can be in a museum to begin with, as a structural color won’t fade the way pigments do. That’s because the structure doesn’t degrade at nearly the same rate. They will break down over time, but it takes far longer then a pigment.

So what is the benefit to designers? Not a lot at this time, but there is a lot of interest in understanding photonic color, which is the scientific field that structural color falls under. So far the applications enable the creation of highly specific spectrum coatings that can be useful with creating unique identifiers. Since structural color works on all spectrums, UV and infrared wavelengths can be used and can result in very specific and very unique reflections, which I’m sure the scientific and military minded have some ideas for.

In the future, applications could enable the creation of brilliant and highly specific colors that take a long time to fade. Structural color could also be used in food, since so many of the examples of structural color are found in plants and animals, that’s a far more natural sources then toxic dyes. They are also being used in solar panel efficiency applications. But imagine the potential if you could create light fixtures that show one color in daylight and another color with LED light. Or perhaps the structural forms of buildings could achieve new forms of vibrant color.

Ultimately the applications are numerous, and its prevalence in the natural world shows it certainly has a lot of potential. So designers, what do you think this idea of structural color could be used for?