Situated behind the Secretariat Building, the newly opened UN Food Gardens will produce herbs, vegetables, and fruits, all to demonstrate the importance of self-sufficiency.

On July 24, Nelson Mandela International Day, the United Nations Food Gardens was officially inaugurated at the organization’s New York campus. Sam Kahamba Kutesa, the president of the United States General Assembly, joined the ceremony by planting his own addition to the garden, while U.N. Secretary-General Ban Ki-Moon sanctioned the event from afar. Susana Malcorra, chef de cabinet, spoke for Ki-Moon, saying, “Let us plant seeds of peace, human rights and sustainable development here and around the world.”

The proceedings were the culmination of a year’s work. The prompt—why not convert unused outdoor space at the U.N. headquarters into a food garden?—had been provided by U.N. employee Arif Khan. Trained as an urban planner before turning to humanitarian affairs, Khan would walk the grounds of the U.N. thinking how the land might be put to better use. “I would see that a lot of the land was being wasted or neglected,” he says. “One time, I was taking a friend for a tour of the back area between the Secretariat Building and the East River. There was all this junk.”

Khan’s first step was figuring out how to maneuver his way through the red tape of the U.N.’s bureau of management, or what he refers to as “the largest bureaucracy in the world.” But the process was unexpectedly easy. He received quick approval and was put in touch with the facility that maintains the grounds. The idea was received with enthusiasm, and Khan was granted use of some space behind the Secretariat, provided he wouldn’t need any funding for his initiative.

There were nonetheless a couple of bumps along the way, but things moved astonishingly quickly. The garden was planted within a year, to much enthusiasm. “Most people that come to us have never gardened before, and they want to learn,” says Khan. “We had a woman from Malaysia who came to us and said, ‘I’ve got some plants, I want to put them in the garden, but I’ve never done this before.’ And I said, “‘Okay, we’ll show you.’”

Khan’s ultimate goal is to divert the food to City Harvest. “We’re very realistic in gardening on this scale—it won’t solve hunger issues,” he adds, soberly. “But we can inspire others to grow food, and that’s how which can make a dent, because we’re at the U.N. and the U.N. has global reach. We see this as a demonstration project, at a unique site in the world.” 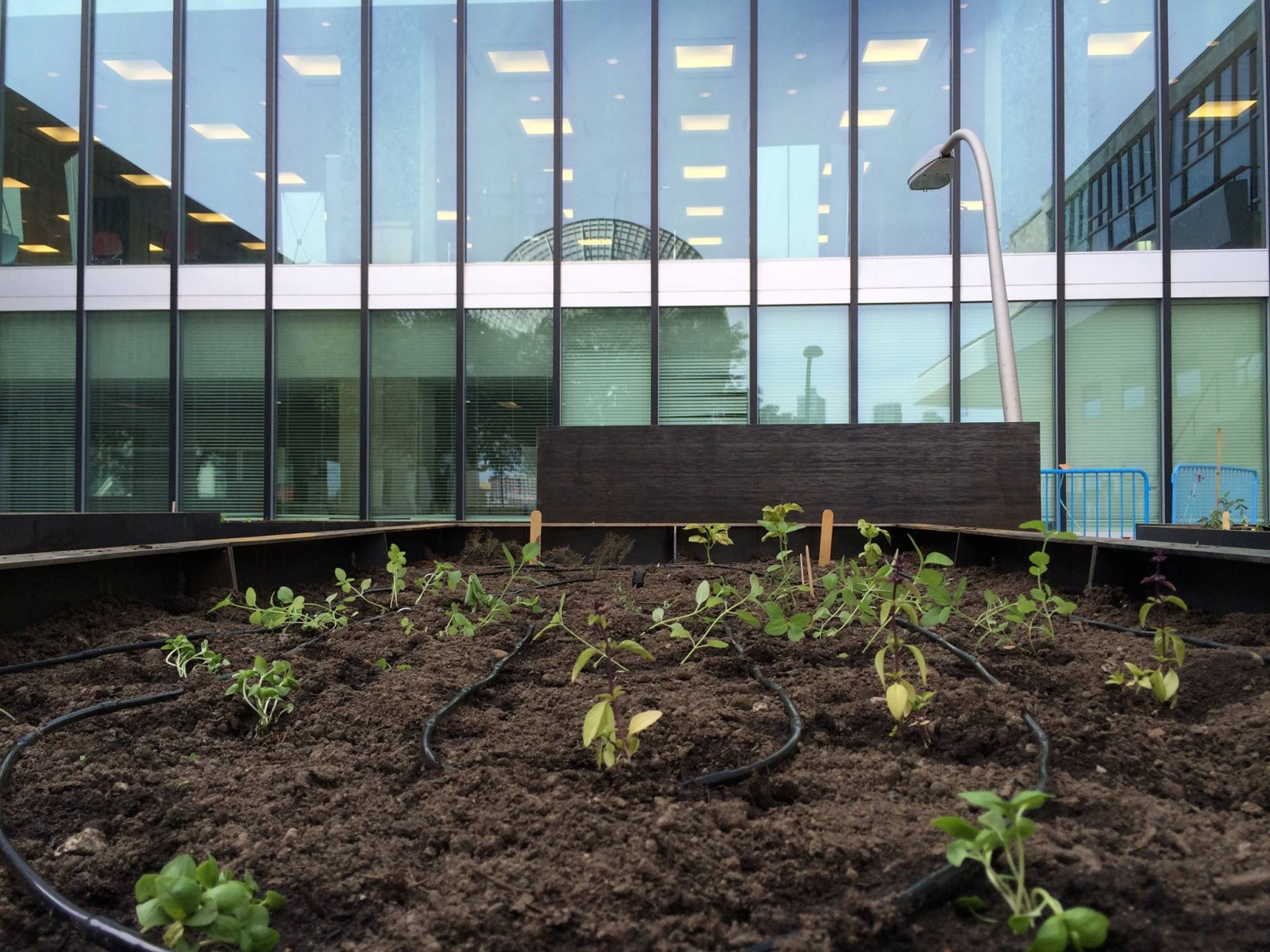 The new garden makes use of residual or neglected space on the grounds of the U.N. New York headquarters. 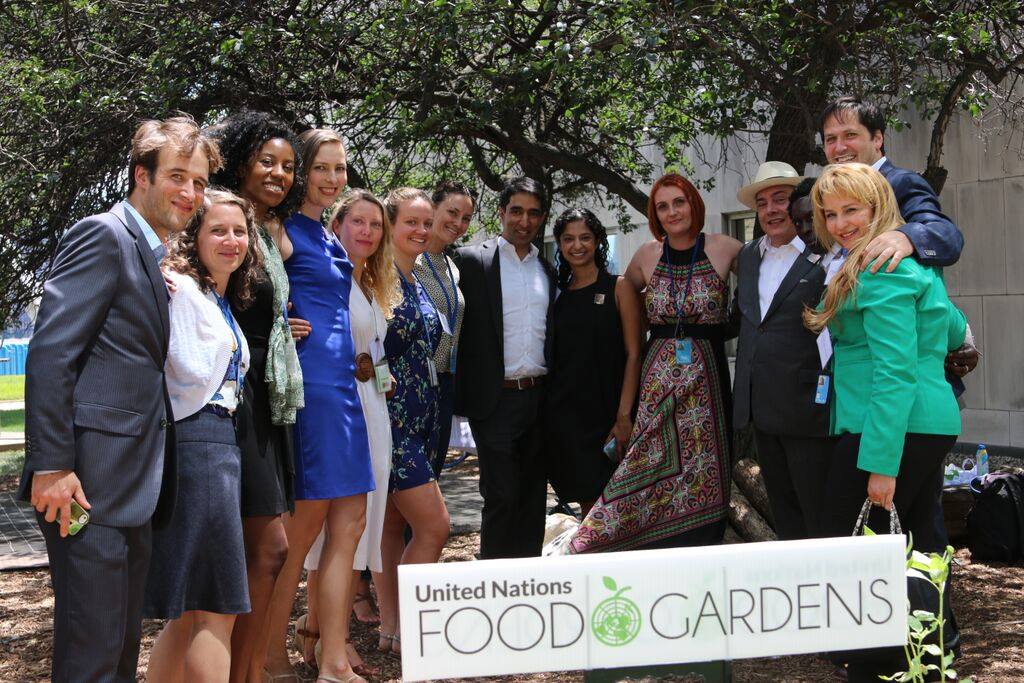 Arif Khan, center, with his team of volunteers who worked to create the garden