The World’s Most Creative Neighborhoods

A survey of the most creative neighborhoods in ten rapidly growing cities around the world. 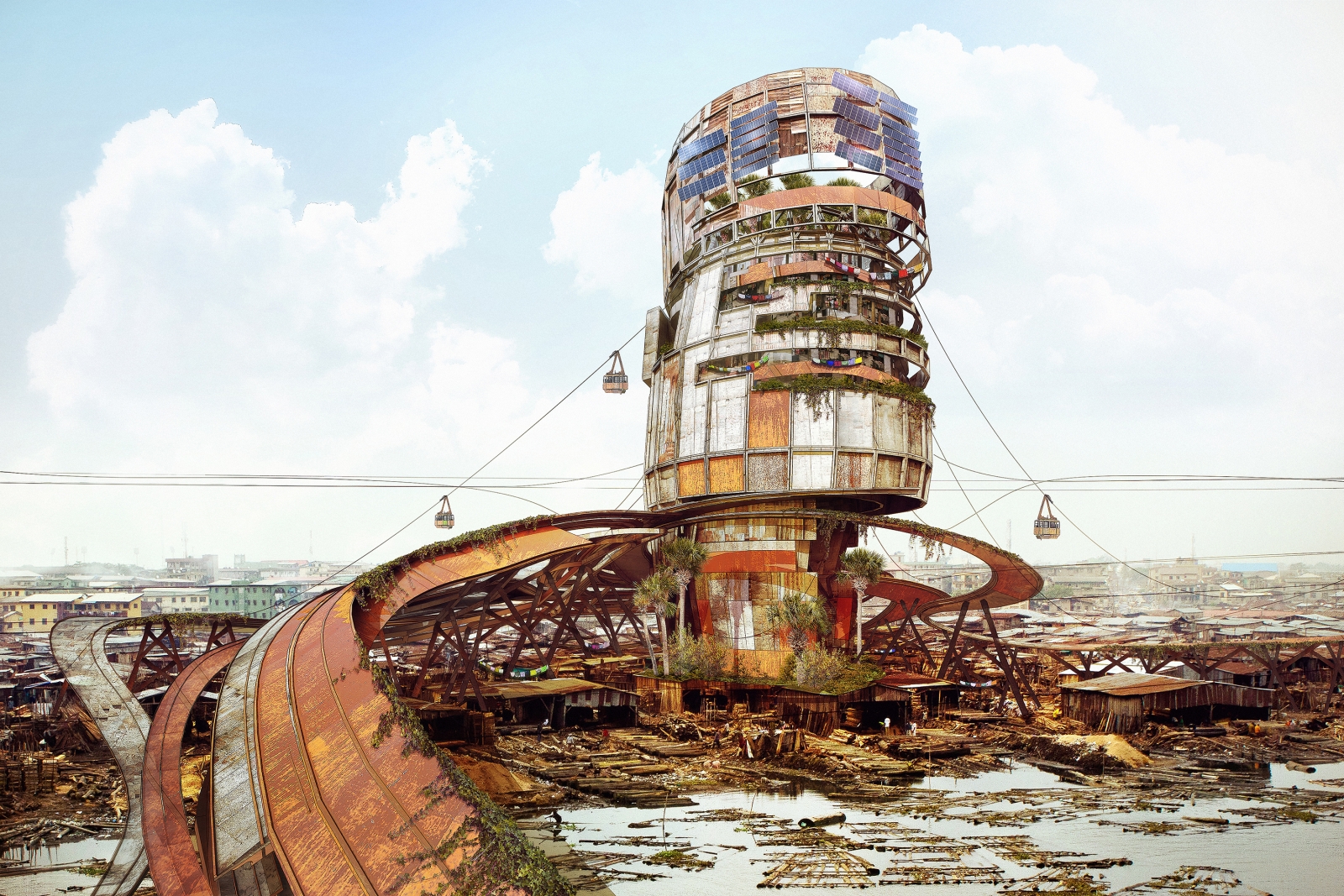 Artist Olalekan Jeyifous created his Shanty Megastructures project to imagine a vertical future for informal settlements in Lagos. To make a statement about the pressures of real estate development in the Nigerian capital, Jeyifous gives its marginalized communities, like the one in Makoko, a presence in the urban skyline.

Nigeria’s Victoria Island is generally known as the cultural epicenter of the new, prosperous Lagos, but the gentrified neighborhood is too upmarket now for emerging talents, and will soon be the site of a multibillion-dollar mixed-use development called Eko Atlantic. Meanwhile, newer tech companies and young entrepreneurs have flocked to Yaba, a once-derelict suburb. Low rents and a rezoning initiative by the city have encouraged tech giants like Google and Microsoft to create spaces for start-ups. Other forms of creativity also flourish in Yaba—internationally renowned architecture studio NLÉ created the prototype for its award-winning floating school in Yaba’s waterfront Makoko community.

The opening of PMQ, a collection of design-themed retail outlets and studios in a historic structure built to house policemen, consolidated the position of Upper Sheung Wan as Hong Kong’s up-and-coming creative district. Po Hing Fong Street has given the area its local nickname of PoHo, and it has many of the features of similarly nicknamed neighborhoods in New York and London. High-concept design stores aren’t confined to PMQ: Scandinavian-inspired squarestreet and avant-garde lifestyle store Open Quote are popular destinations. Tai Ping Shan Street is a hub for street art, while Po Hing Fong has enough quaint eateries to keep local hipsters and tourists satiated.

Fukuoka is Japan’s fastest-growing city but is still compact enough to be traversed on bicycle and foot. The city has often led the way in Japan by looking outward. Throughout the boom period in the 1980s and early ’90s, it attracted architects like Rem Koolhaas and Aldo Rossi, but now its efforts are focused on sustainable strategies, such as exporting its waste management system to other Japanese cities. Daimyo is the trendiest among four adjoining neighborhoods that surround the old downtown or Hakata area. All four—Daimyo, Keyaki Dori, Imaizumi, and Yakuin—are increasingly drawing young creative people into their narrow streets. Daimyo is the hub for vintage stores and concert halls, while design-savvy Books Kubrick, one of the city’s 161 independent bookstores, is in Keyaki Dori.

At the heart of Thomas Heatherwick’s design for the Zeitz MOCAA is an atrium that cuts into the cylinders of the old grain silos. The space is intended to orient visitors as they walk around the complicated structure, giving them a central point to return to.

When the Zeitz Museum of Contemporary Art Africa (Zietz MOCAA) opens in September 2017, it will be the biggest museum to be built in Africa in the past 100 years. Designed by Thomas Heatherwick as an adaptation of the defunct Grain Silo Complex, the art museum will anchor the Silo District, an award-winning development that includes sustainable high-rise mixed-use buildings with luxury apartments. The district is part of Cape Town’s Victoria & Albert waterfront, an upscale neighborhood that draws in tourists with retail, including design showrooms, and it will likely form the establishment counterpoint to the former World Design Capital’s grittier creative hubs, such as Woodstock and Observatory.

Just outside the center of the city, Malasaña has transformed from a sleepy neighborhood into one with a vibrant cultural scene, mostly thanks to the young people who have poured into the area in the past five years. The stylish Museo ABC, designed by architects Aranguren & Gallegos to house a collection of graphic art and illustration, sets the tone for the neighborhood, which is home to a number of creative practices, including the global design agency DesignIt and the architecture studio A-Cero. The Madrid outpost of the Istituto Europeo di Design, at the southern tip of the district, is home to one of the city’s FabLabs, offering digital fabrication facilities.

Turin, long a hub of industrial—and especially automotive—production in Italy, was designated a World Design Capital in 2010 and permanently inducted into UNESCO’s Creative Cities group in the design category in 2014. Promoting the city’s culture of craft and artisanship is key to Operae, an annual independent design festival that will run from November 3 to 6, and many of its activities are centered in San Salvario. This riverside quarter is home to many traditional craftsmen, but also to new initiatives like Print Club Torino, a lab that offers designers the equipment and tools to experiment with printing and book-binding. The neighborhood is rapidly gentrifying—some might say the process has already reached its apogee—but the bars and cafés that continue to open here play an important role in the city’s creative community. 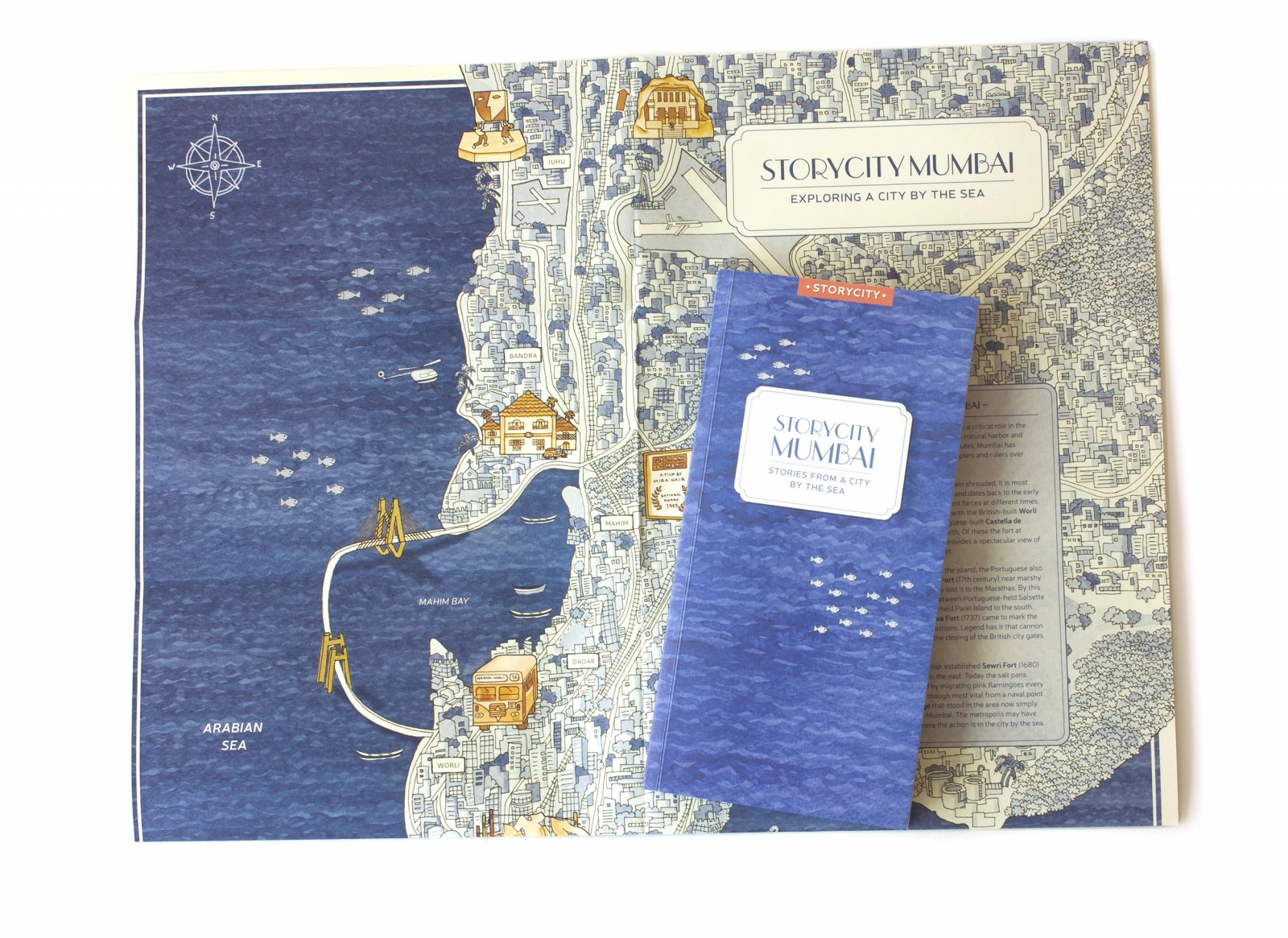 Storycity is an initiative by Mumbai-based Kahani Designworks, which publishes guides to Indian cities to promote the exploration of the built environment and cultural engagement. Its latest guide, Storycity Mumbai, is a compilation of 24 stories about Mumbai’s relationship with water.

Mumbai’s art scene traditionally revolved around the colonial neighborhoods in the far south of the city, but faraway Bandra has become the hip creative hub of India’s commercial capital in recent years. This suburb used to be known mostly for its prominent residents—a disproportionate number of Bollywood actors and political figures chose to make their home here. In the past decade, many emerging design and architecture studios have joined them, setting up amid the neighborhood’s genteel residences, while a number of media production houses are strung along the road that connects this area to the international airport, a mere 15-minute drive away. But postindustrial sites elsewhere in the city also beckon. “Lately there’s been activity around the old mills in Parel,” says Ruchita Madhok of Bandra-based studio Kahani Designworks, referring to textile factories that shuttered in the 1980s. “A gaggle of interior design brands run stores out of Lakshmi Mills, while media-based firms like OML are around Mathuradas Mills.”

Around the world, creative communities seem to gravitate to historical neighborhoods that once faced a period of decline, but the growing creative hub in Lisbon, Portugal, is an exception. For those seeking hipsterdom, the Barrio Alto and Santos neighborhoods offer plenty of quaint cafés and boutiques. But some major cultural heavyweights—like the Museu Calouste Gulbenkian, with its Modern Art Center, and the Culturgest cultural center, which hosts the documentary film festival DocLisboa—are in the Avenidas Novas area. The neighborhood is a mid-20th-century creation, a group of business and residential districts grouped around wide avenues that were built to accommodate the city’s expansion to the north. The retail outlets, strung along Avenida de Roma, range from mainstream to artisanal, so creative locals gravitate here rather than to the more touristy waterfront enclaves. 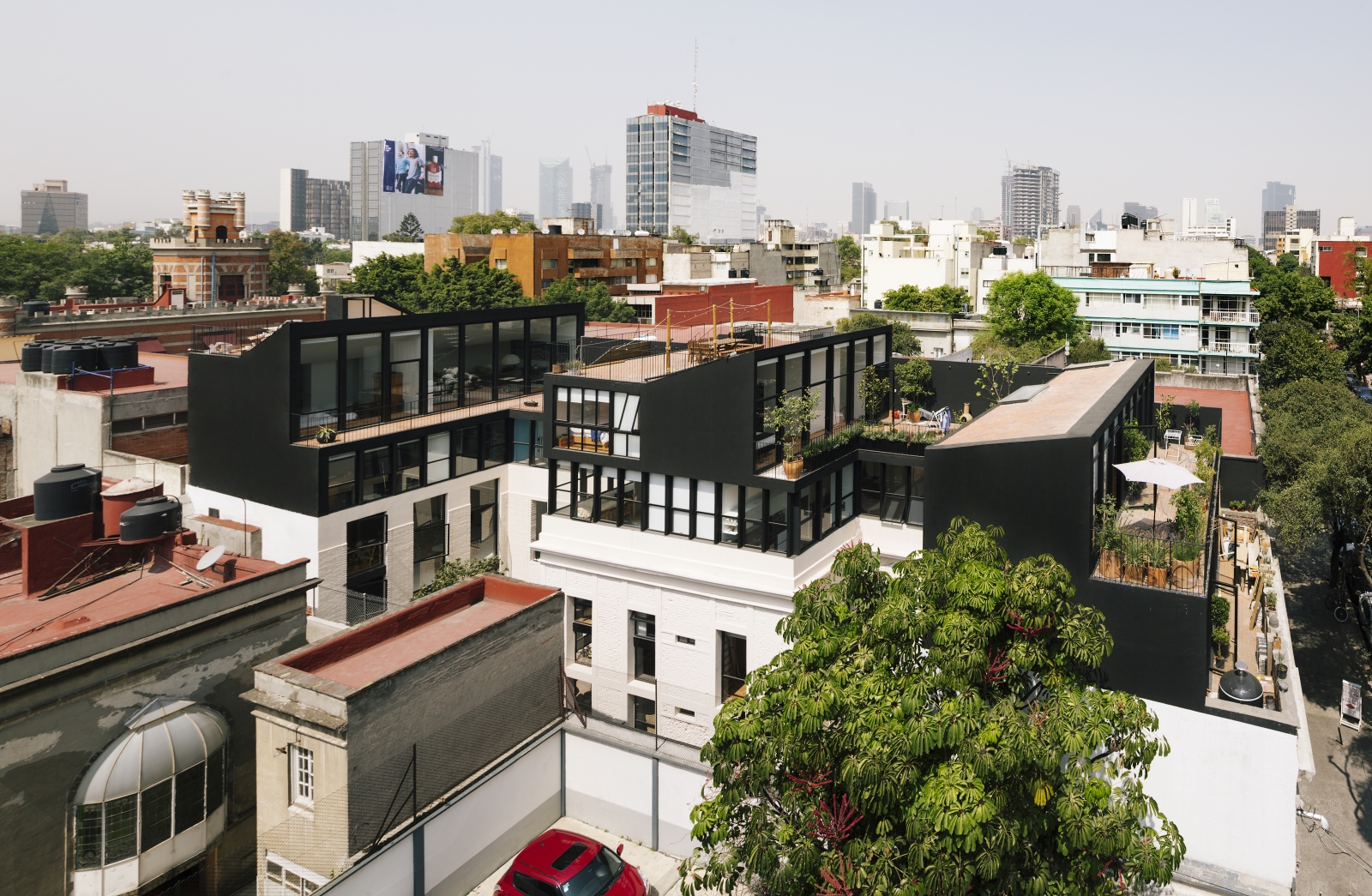 ReUrbano, a start-up that seeks to revamp Mexico City’s historic building stock, worked with the architecture firm Cadaval & Solà-Morales to adapt a home in the up-and-coming Colonia Roma neighborhood. The architects added to the single-story structure to create nine apartments, all of them opening out onto outdoor corridors and patios.

The megacity, sprawling over 570 square miles, has been doing a number of things right of late, including letting more than 50,000 cyclists of every age take over 35 miles of its busiest roads every Sunday—turning its customarily choked arteries into the third-longest recreational bike route in the world. So there are a number of incentives now to leave the suburbs, says architect and developer Rodrigo Rivero Borrell: “People, young and old, are moving back into the center, avoiding commutes and traffic to improve their quality of life.” One of the preferred locales for young creatives is Colonia Roma, an elegant area of historical buildings that fell out of favor in the 1980s. Borrell’s firm ReUrbano is among the developers working with talented architects like Cadaval & Solà-Morales and La Metropolitana, turning the neighborhood’s old building stock into contemporary homes and gathering places.

The historic heart of the city once had a reputation for being crime-ridden, despite being home to beautiful Modernist architecture like the Oscar Niemeyer–designed Édificio Copan. The busy multicultural enclave is undergoing a renaissance, with a number of alternative art galleries and hip underground bars. A key milestone in the change was the opening of PIVÔ, an arts nonprofit that took over more than 37,000 square feet of space that had remained unoccupied for two decades in the Édificio Copan. Now, with a nearby heavily congested elevated highway nicknamed the Minhocão (“Big Worm”) due to be converted into green space with hanging gardens, São Paulo’s downtown may became an even bigger pull for its young creatives.