My hammer-swinging experience previously being limited to the occasional bookshelf assembly and picture-hanger installation, I had little idea of what to expect when I arrived at the Yale Vlock Building Project site last Thursday afternoon. While building began last Monday, our class of 49 students is now divided into four construction teams, each working a different three-day, five-hour shift. And though I had spoken with other classmates about the progress made earlier in the week, including updates on the foundation and floor framing, I hadn’t actually visited since the groundbreaking ceremony, when excited neighborhood kids had monopolized the hardhats. 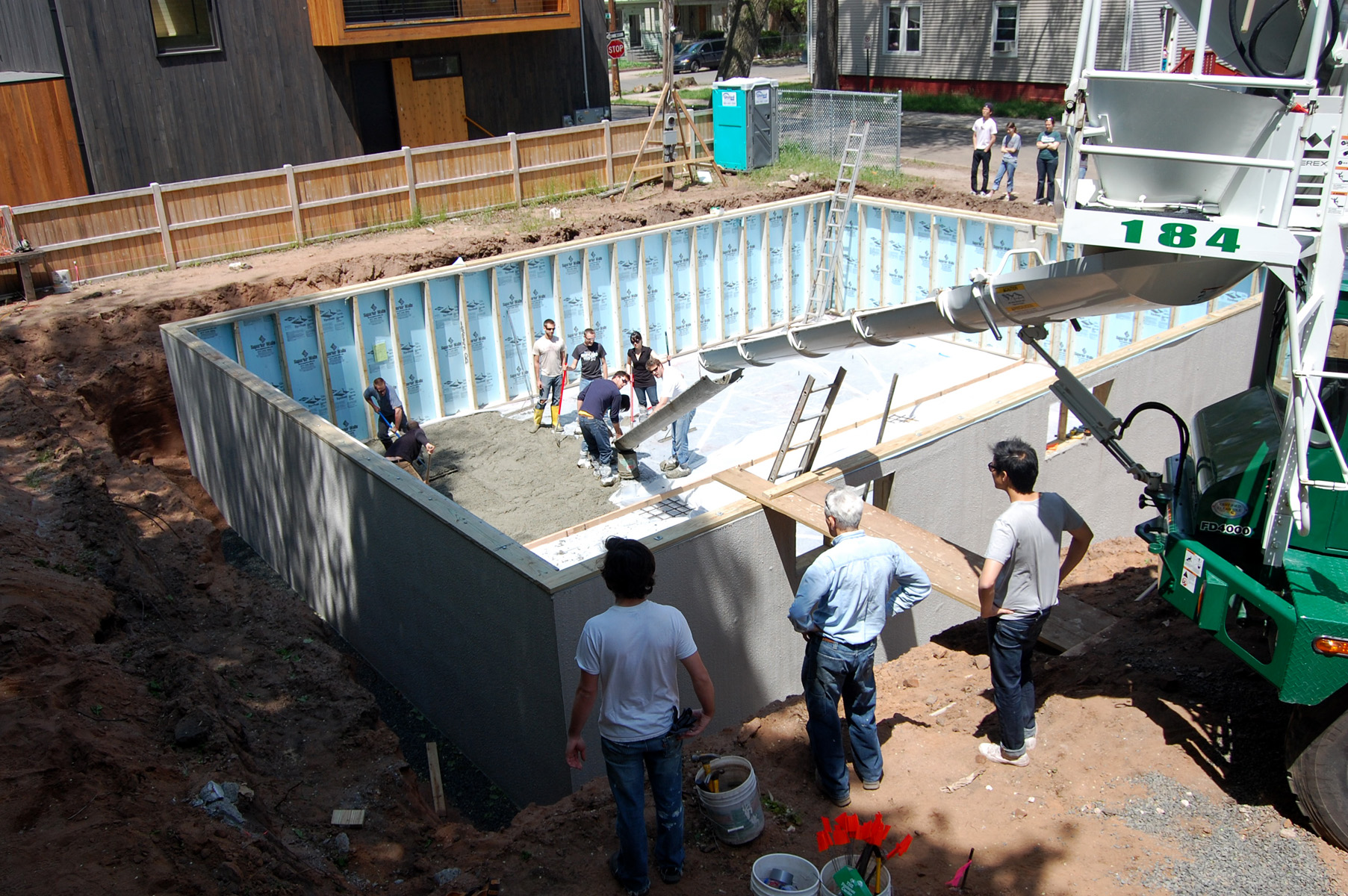 Above: On the first day of construction, students get their hands dirty pouring the concrete slab for the basement. Top: After building up to ground level, the first floor sheathing is applied and the builders stand in the footprint of the house for the first time. Photos: courtesy the Vlock First Year Building Project

Approaching the site in my new work boots, recently purchased with classmates on a frenetic late-night trip to the mall (naturally, we’re all required to have adequate foot protection), I was struck by how quickly our design, much debated and improved within the last few weeks, was becoming a reality. What had, less than a week ago, been an empty lot ripe for growing weeds and collecting the odd bit of trash, was today mounds of damp, dark earth cradling the foundation, first-floor frame, and decking of the house. I was astonished to see what had been accomplished in the past three days, particularly considering that most of us had no prior construction experience. The precast concrete panels were installed for the foundation walls, after which Monday’s team placed the basement floor slab. Framing and sheathing of the first floor followed on Tuesday and Wednesday, and it was up to my team to work on framing the interior of the downstairs and finishing the basement staircase. 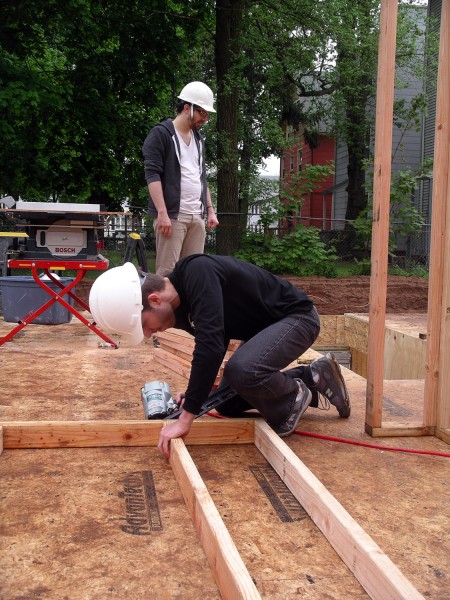 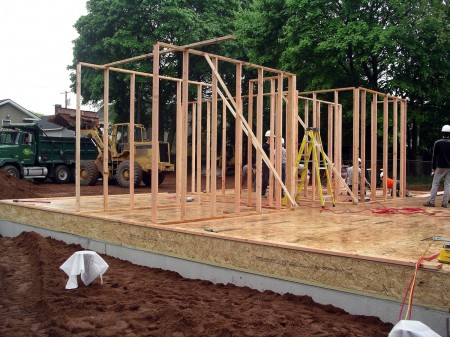 Left: The students have graduated from hammers to hydraulic and gas-powered nail guns. Right: The rain soaked plans and erased chalk lines, but still the walls went up. (Click to view larger images.)

In a bit of a drizzle, working from a slightly damp set of plans, most of us were introduced to the nail gun (the hammer’s sexier younger cousin) and got to work measuring and putting 2x4s together. Meanwhile, a few others split off to figure out how the stair runner should descend into the basement. Some of the lumber had been measured and cut by teams before us, and the wall locations were marked on the decking so we could jump right in to raising the walls. Again, I am amazed by the level of coordination required by this project. Though we are working in distinct groups now, each with a different time frame or focus, our dependence on the design and construction decisions of our classmates is hard to overstate. Every decision, even the seemingly mundane ones, has repercussions for every other member of the class as well as the final house. 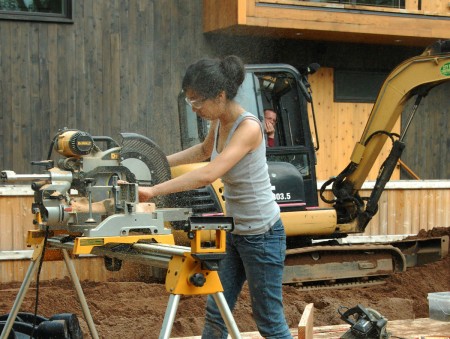 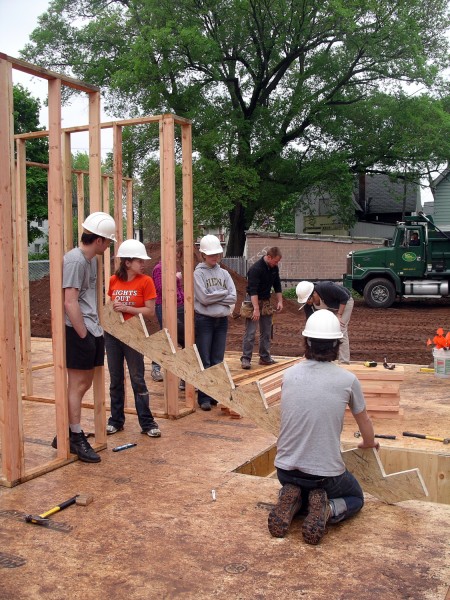 Left: A student gets the rare pleasure of a sawdust shower. Right: The on-site “build-design” process of fitting custom stairs into the house. (Click to view larger images.)

I was surprised to discover just how much the construction inflects upon the design process. The official term may be “design-build,” but an equally important element could be called “build-design.” Because the period between design selection and the start of construction is so compressed—in our case, little more than a week—there are still many significant aspects of the design to be explored and decided upon. As we begin to see the building come together, working on the site during the day and poring over plans, sections, and details in the evenings, the hope is that we will be able to make the best possible decisions for the project. Certainly I am beginning to understand more deeply the use of design documents and how they are realized in actual construction. And, of course, there are always lessons that we as students can truly learn only through hands-on building experience.