Urban Think Tank Distl: We Need Manufacturing Back in Our City Cores 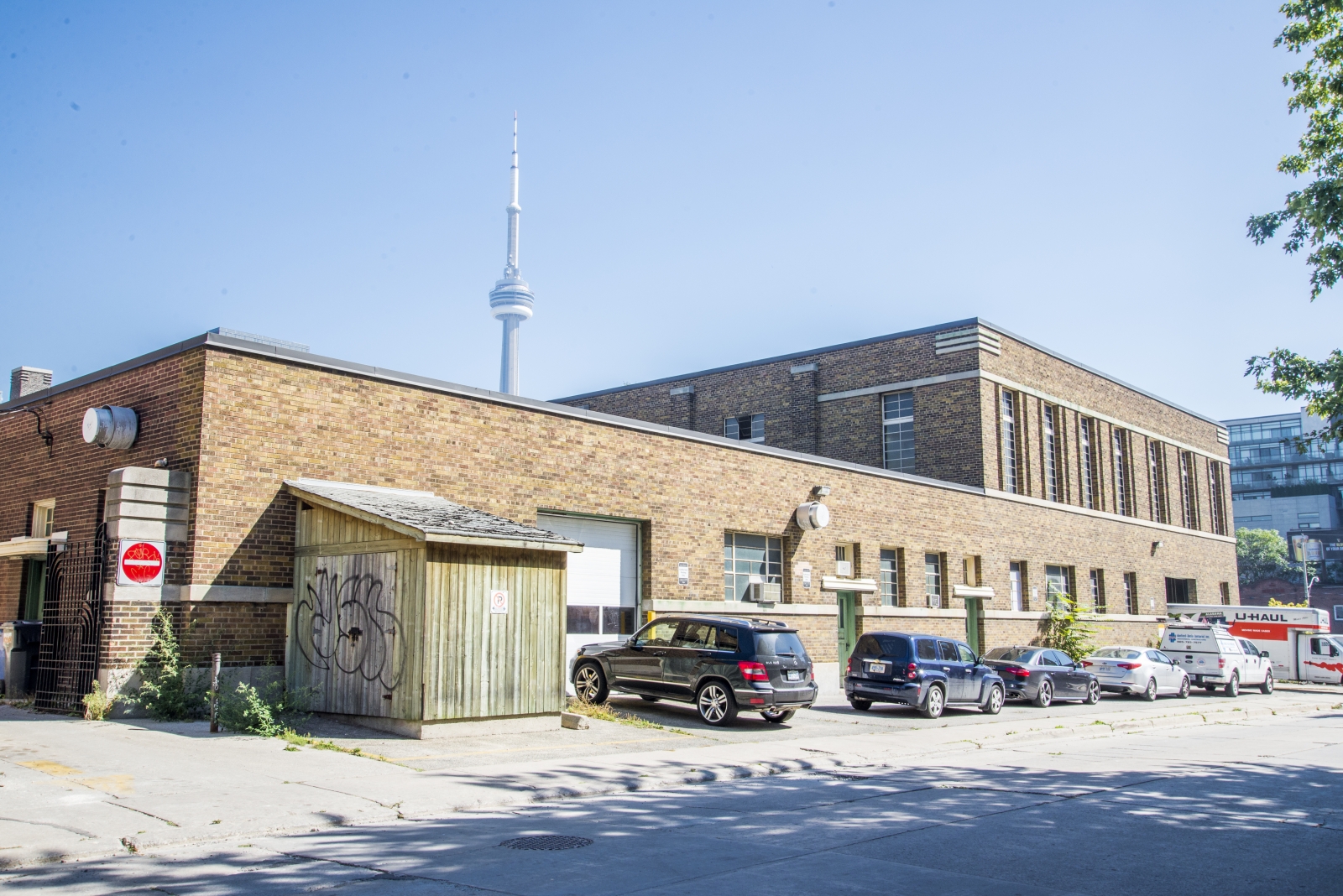 Are making and manufacturing synonymous? The Toronto-based consultancy Distl tends to emphasize the latter, qualifying the term with modifiers such as “local,” “small,” and “niche.” Last year, the group put out a widely circulated report, “Make This City: The State of Urban Manufacturing,” that looked at a series of case studies in cities where small-scale manufacturing happily coincided with living, work, and recreational scenarios. We spoke with Distl’s three young founders about “artisanal” manufacturing in Toronto and how to brand it.

Christopher Hume: Distl has done a lot of work on branding city identities. So what does it mean to be “Toronto Made”? Is it a good thing?

Christine Caruso: It’s true. It’s such a great time for the city right now. People are developing a new sense of pride. Every time we make these best-city lists, based on all the media reports, people are so proud of the city.

Justin Leclair: It’s a bit of a smoke-and-mirrors technique, but at the end of the day, having a strong brand identity like “Toronto Made” and having a design aesthetic appeals to people, especially young people, and they latch onto it. It is superficial, for sure, and we know that. But it’s still true that a lot of products coming out of Canada are Toronto-made. That cultural production isn’t coming from other cities in Canada.

CH: Is that cultural production part of the urban manufacturing sector?

MK: It is. One of the things we looked at in the “Make This City” report was the critical mass of young people and creativity that have come into major urban centers. It’s happening more in places like San Francisco and New York, but it’s happening here, too. We looked at a lot of places across Toronto where small-scale makers are utilizing the 21st-century tools that enable them to sell products globally. One of the biggest tools is a software company called Shopify, which is just massive now, and guess what, it started in Ottawa and their headquarters are just down the street here in Toronto.

JL: One thing we will say, though, is that our research among people who promote Toronto makers shows that there’s not an adequate infrastructure here to produce affordable goods. I spoke to the owner of a design store in the Junction [a Toronto neighborhood] and he told me, “I can produce locally made stuff, but it’ll cost a fortune.” The facilities aren’t there to mass-produce. He’s actually taking one of his products to Japan because they can mass-produce for a lot cheaper, despite Japan being a developed economy. They just have better equipment and infrastructure for manufacturing. Right now things are produced at a pretty small scale in Toronto. We also talk a lot about development that incorporates an element of urban manufacturing so that it’s not just condos and at-grade retail. 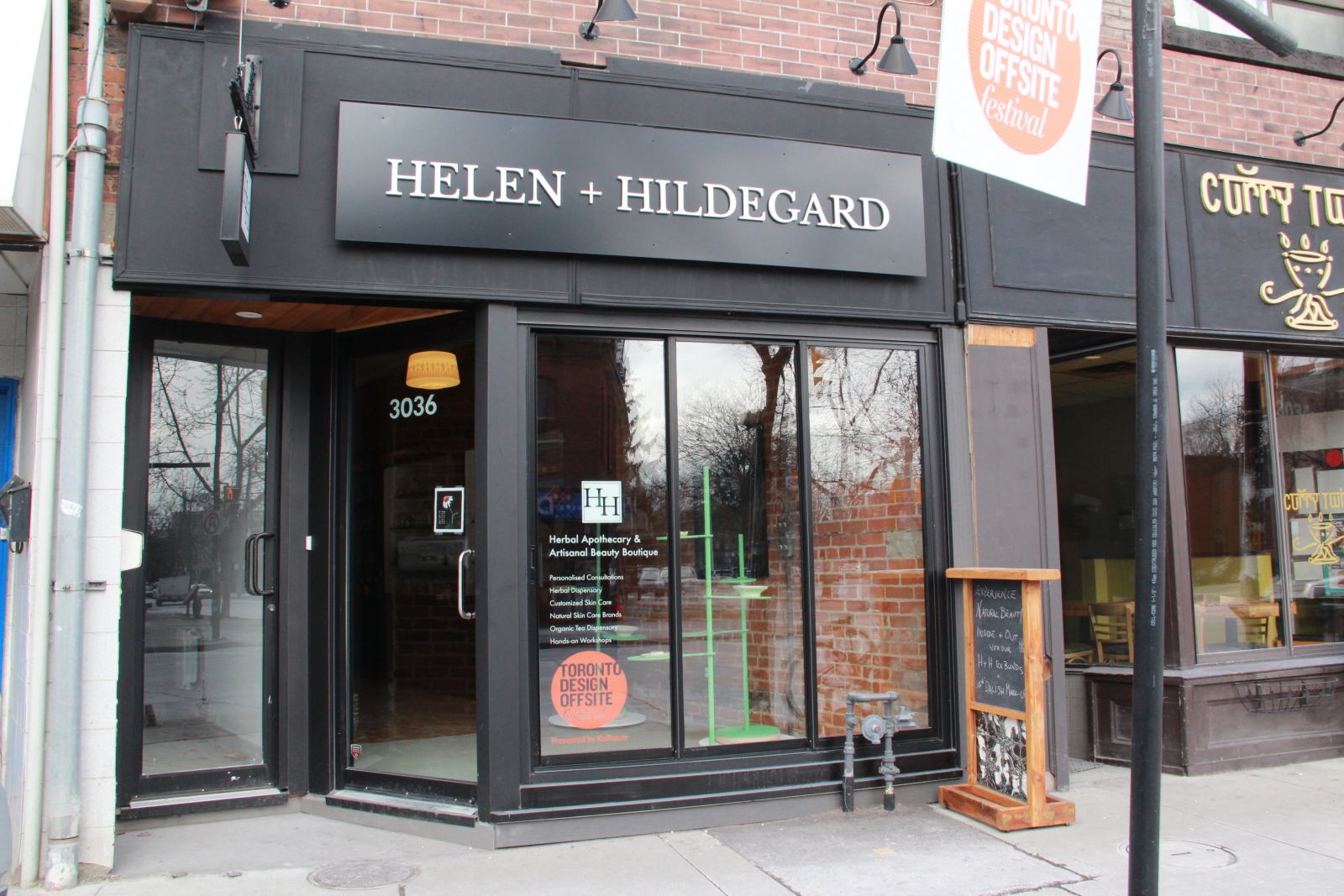 The annual Toronto Design Offsite Festival is a key event for the city’s designers and makers. Consisting of multiple programs and offshoots, the festival is diffuse, with pocket installations, such as Oscar K. Wong’s Balancing on Leaves (pictured in the window) and Redux Lab’s Flummox sculpture, set up in neighborhood storefronts throughout Toronto.

CH: But if you mention manufacturing, the neighbors picture something dirty, smelly, and dangerous. They don’t want it in their backyards.

MK: True, but there’s now also a lighter and leaner manufacturing typology that we don’t think about.

CC: What’s nice, too, is that small urban manufacturing creates life in a neighborhood 24 hours a day. So you can shop there and you can see exactly where this product is being made—there’s a nice little tourism aspect there. And if you pair that with restaurants you have employees who go out after work and have lunch in the area.

JL: We have our own in-house recipe for successful urbanism, and it has to do with that really interesting mix of a little bit of noise from things being made, good-quality affordable housing, retail, restaurants, and, really importantly, quality public spaces.

CH: The other part of your work is the creation of networks, which you’ve talked and written about for small manufacturing in your report. How do you do that?

MK: We were a Great Lakes city that collaborated with Detroit and Cleveland. Everyone was shipping goods around. We built a piece of a car here and sent it to Detroit. That’s how those networks worked in the past. Then it got shipped to China, and they took care of it. We’re trying to re-create those supply chains and networks locally. It’s not about us collaborating with Cleveland; it’s about us collaborating with the guy from [former Toronto suburb] Etobicoke making a piece of something. 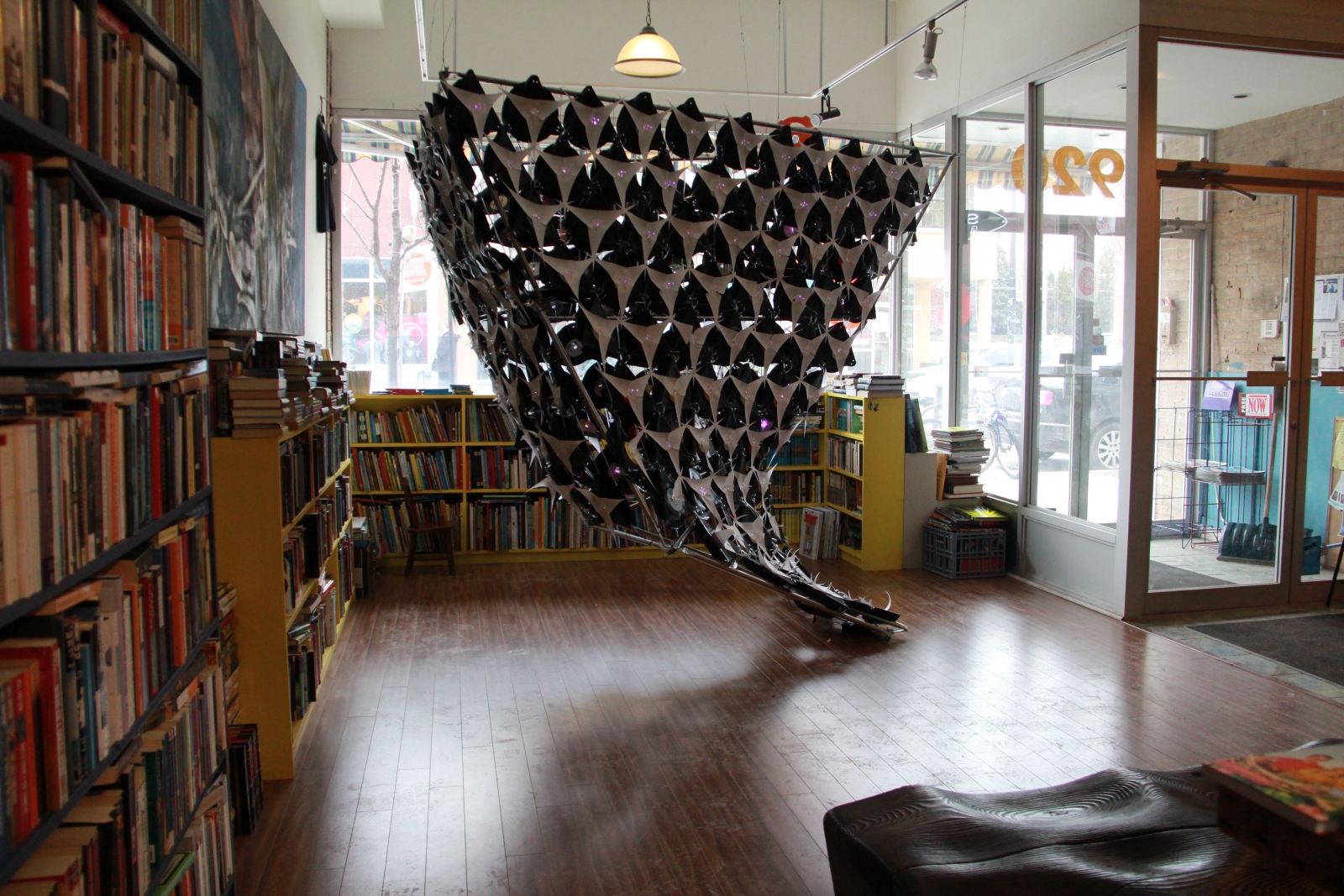 “This year it was packed. You couldn’t get into any of the events,” Distl cofounder Christine Caruso says of the intense level of interest among local designers.

CC: We’re seeing that a lot with local restaurants and designers. There are these two emerging industries that are very hot right now, very hip. You’ll see chefs collaborating with retailers to make aprons. Some of the shops on Queen [Street] are collaborating with bicycle stores. Some interesting designer collaborations are popping up doing limited editions.

JL: The irony of it all is that it’s a safe bet these things have sure economic benefit. But most ecdev [economic development] departments have no money to throw at nurturing relationships. There are organizations like us that can foster those relationships. We’re research-driven, and we know our stuff. When you approach ecdev departments, it’s “Yeah, but how can we do this without any money?”

CH: Can it be done without money?

CC: No, but we have to move now. If we don’t, we’re going to miss our chance.

MK: In other large cities, someone has made a concerted effort to create a space for urban manufacturing and a network where they can access suppliers and find retailers.

MK: The biggest obstacle is that everyone in the city is selling land based on the assumption that it’s going to be turned into a condo. And that’s actually a problem for condo developers themselves. Sellers of the land want a huge premium for their property.

CH: That doesn’t leave much room for urban manufacturing.

CC: It’s about “artisanal” manufacturing. People respond to words like “artisanal.” Toronto has the third-largest design sector in North America; we should be trying to rebrand it as such.