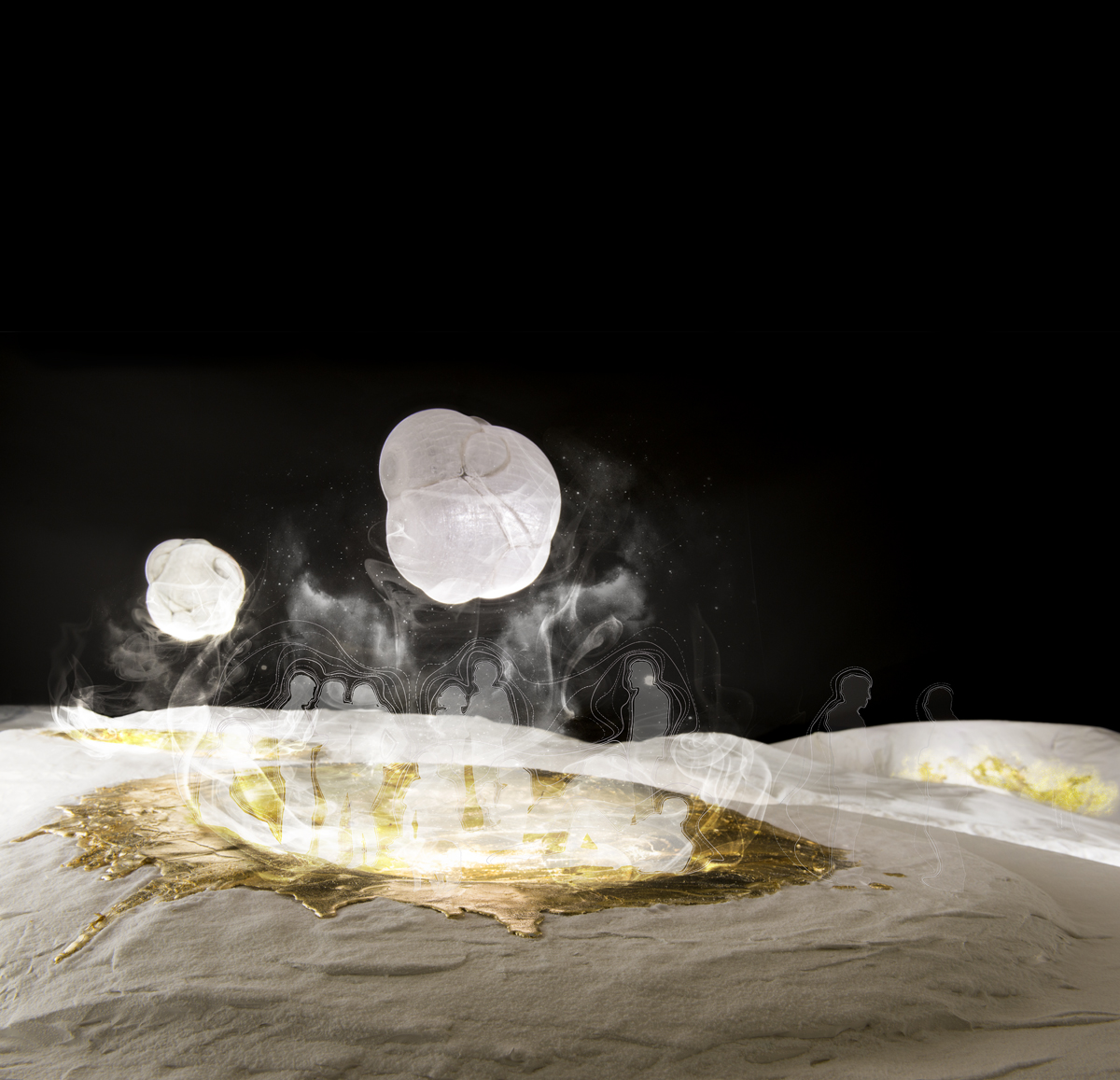 EOS
Advancements in bioengineering will mean increased human sensory perception, as well as a greater ability to perceive the material energies of these spaces.

“The world is keeping its eye on the unimportant visible one percent of historical transformation while missing the significance of the 99 percent of overall, unseen changes,” Buckminster Fuller warned in the Whole Earth Catalog in 1968, suggesting that such ignorance might one day cause man to annihilate himself. Even though he didn’t mention it by name, modern architecture was clearly one of his targets: “Forms no longer can ‘follow functions’ because the significant functions are invisible,” he wrote.

Today, Fuller would be gratified to see a new generation of architects embracing our crises of energy, climate, and ecology as catalysts for new creative directions.

“It’s difficult to get architects and the general public excited about the importance of energy, other than it being an ethical and moral dilemma,” says the architect Sean Lally of the Chicago-based studio Weathers. Proposing walls of air, columns of heat, and cones of light, Lally argues that energy has a shape and, therefore, “an aesthetic, an organizational potential.” It follows that, one day, we will be able to design with energy.

This is a far cry from how most architects think about sustainability today. “They design the building like old architecture and then they add PV panels,” complains architect Philippe Rahm. New digital tools like Comsol and Ecotect, as well as collaborations with climate engineers, help him to accurately quantify and manipulate at least some of the “unseen changes” that Fuller despaired of grasping—temperature, humidity, air movement. Climate is the fundamental element of Rahm’s work.

In redefining architecture as the design of environments, not enclosures, Rahm and Lally have inevitably turned to designing outdoors, drawing upon the history and theory of landscape architecture. Susannah Drake, who trained as an architect and a landscape architect, understands the importance of both kinds of expertise as she seeks to reconnect cities with nature. “You have to understand the layers of where you work. Those layers can stretch from the bedrock up through to the clouds,” she says. Presumably this includes people and their politics—Drake’s work is increasingly driven by policy and advocacy.

The work of Lally, Rahm, and Drake is radical in the old sense of the word, for they are returning to the roots of their profession—the task of mediating between humans and the environment. These three practitioners may end up changing the shape of architecture.