To Reshape the World, Architects Need to Design at Every Scale

We should revive public works for the design opportunities they create, argues Metropolis’s editor in chief. 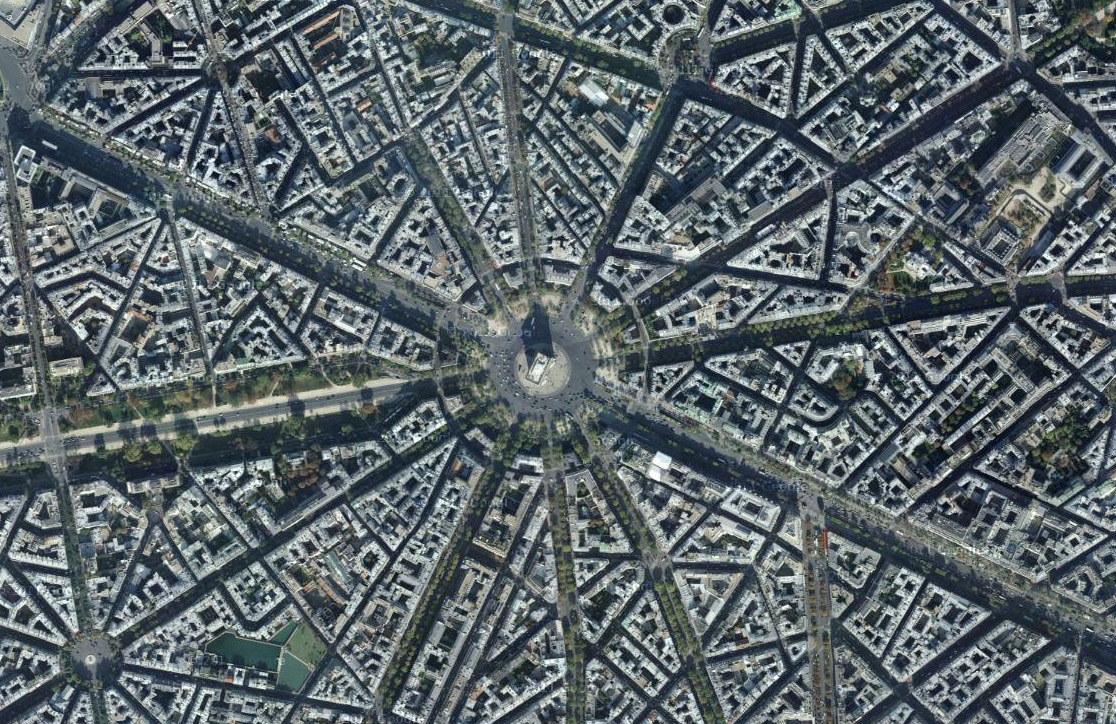 I watch horrified as the most recent terror attacks are broadcast—this time in Paris. Nervously, I switch from channel to channel as reporters and pundits try to make some sense of it all. They talk of increasing security and military defenses. Everything they mention means spending enormous amounts of money.

Everyone recognizes that we live in a globally networked world. Information, good or evil, travels at warp speed into every cave with a Wi-Fi connection. But no one connects this flow of facts and ideas—freely crossing cultures, languages, and borders—with what’s on the ground where the information lands. This is the heart of the problem.

I’m thinking, specifically, of the three young gunmen in Paris and where they came from. On January 10, Time magazine’s website gave some context to their doomed lives: “Just past the grandeur of postcard Paris, with its boulevards and old palaces, lies what seems like a different world: The banlieues, or suburbs, vast stretches of small brick shops and mosques, and crumbling high-rise apartment blocks, which were thrown up hurriedly 50 years ago to house the huge influx of immigrants from the French-speaking countries of North and West Africa, and now the home of thousands and thousands of French-born Muslims.” There, youth unemployment is reported at 25 percent.

Many of us forget that Paris is the result of a massive public works program prompted by the deplorable conditions left over from medieval times. “Paris is an immense workshop of putrefaction, where misery, pestilence and sickness work in concert, where sunlight and air rarely penetrate,” wrote the social reformer, Victor Considérant, in 1845. “Paris is a terrible place where plants shrivel and perish, and where, of seven small infants, four die during the course of the year.”

Enter Baron Haussmann, known to every urban planner and architect, the man who oversaw the massive modernization of the city. But more than the baron, let’s remember that his nineteenth-century public works initiative employed design at every scale, from streets to parks to buildings to interiors.

Mid-nineteenth-century Paris serves as a reminder that it’s possible for governments, policy makers, bankers, businesses, ordinary citizens, and, above all, designers and architects, to come together for the lasting benefit of society. Though in the twenty-first century the problem has suddenly become global, we can still learn these useful lessons from Haussmann’s Paris.

This requires us to refine our evolving dialogue on the wise stewardship of the Earth’s resources. Let us, then, consider spending our limited funds on programs that benefit all of humanity, not just the wealthy among us. Let’s work to end racial and cultural segregation, a worn-out practice that marginalizes large segments of our fellow species. Let’s build neighborhoods in integrated cities, giving their residents hope for a better future, and jobs that create the income to realize those hopes.

Let’s consider the idealism of youth as a special asset. This new generation—like those who went before them—is looking for meaningful occupations and lives, ready to reshape the world as an interconnected and egalitarian place. The numbers are both encouraging and daunting.

According to the U.S. State Department website, “Empowered youth are among the foremost innovators and drivers of progress. But youth without access to legitimate livelihoods and means to make their voices heard can hinder all of our security—86 percent of civil unrest occurs in societies where a significant majority of the population is under 30.” More than half of the world’s population. Surely, this fact of twenty-first-century life must inform how resources are allocated, worldwide. Haussmann’s public works can point the way forward.