The biennial officially opens to the public on September 16 and runs through January 7, 2018. Here’s your guide to this year’s big event.

Metropolis will be reporting extensively from the 2017 Chicago Architecture Biennial (CAB), which has been titled Make New History and will feature the works by over 140 participants.

Artistic Directors Sharon Johnston and Mark Lee, founders of Los Angeles–based architecture firm Johnston Marklee, have chosen to explore architecture through three different lenses: Material, Building, and Civic Histories. Which is to say, traditional architectural exhibitions will only form a portion of the biennial. “Given the generational disposition of this Biennial, buildings are not always the end result,” says Mark Lee on CAB’s website. “We think that producing ideas through different mediums—perhaps before one achieves the chance to build buildings, or maybe in lieu of that work—is relevant to the changing state of the discipline today.” (Read more about the curatorial there in our interview with the curators.)

Stay tuned for our coverage, but if you have the chance to explore the biennial yourself, here are ten can’t-miss items:

Debut Performance of Up Right Chicago

Artist Nick Cave (of Soundsuits fame) has teamed up with architect Jeanne Gang, founder of Studio Gang Architects, for a series of performances that combine dance, music, and design. The September 13 performance is sold out, unfortunately, but several more are planned. Keep an eye on the Navy Pier Eventbrite page and the CAB special events page. 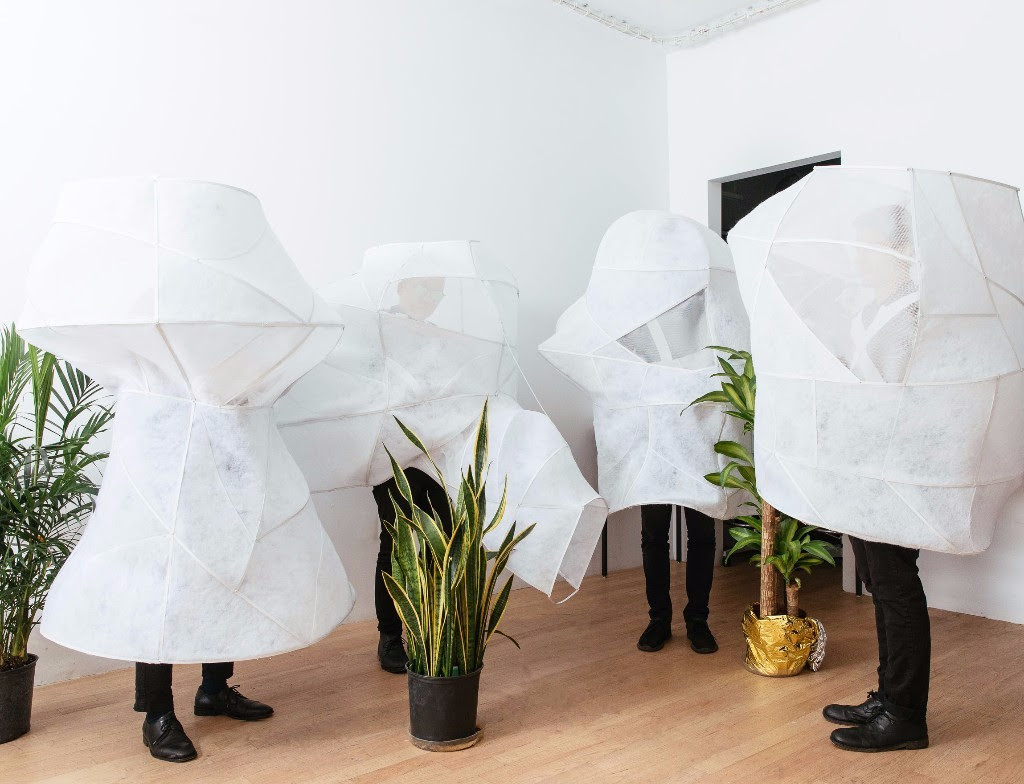 The Garfield Park Conservatory is one of Chicago’s great landmarks, not to mention one of the finest conservatories in the country. The sprawling ferrovitreous complex, and the many varieties of flora it and habitats it contains, will form the backdrop of L’air pour l’air, a performance devised by Brooklyn architecture firm SO-IL and the artist Ana Prvački. The production will consist of a musical troupe (from the Chicago Sinfionetta) dressed in air-filtering costumes that the collaborators developed out of white mesh. The intent, says composer Veronika Krausas, who created a new work for the occasion, is to “clean the air that produces the music.” 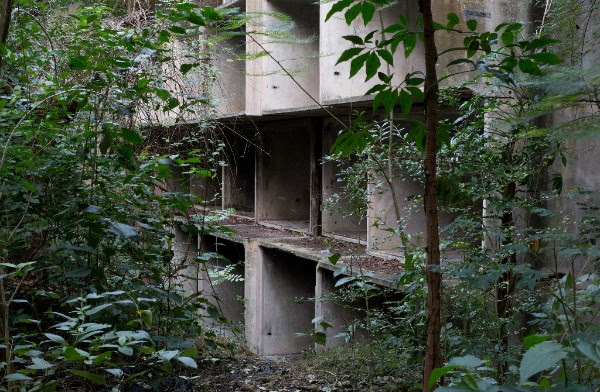 This year marks the 50th anniversary of the opening of Moshe Safdie’s Habitat 67 complex. The project is generally considered one of the greatest architectural works of the 20th century, but Safdie had intentions to expand on the model for different regions. He devised plans for Habitat-like developments in New York, Israel, San Francisco, and Puerto Rico—all of which failed to be realized. A prefabrication plant was constructed to produce all the 800 modular units designed for the Puerto Rico project, and some foundations were laid. Work was abruptly stopped, however, and the concrete fragments were gradually swallowed up a tropical forest and urban park outside San Juan. They are the subject of in the forest, artist David Hartt’s new work at the Graham Foundation. It’s a meditation on utopia that shouldn’t be missed. 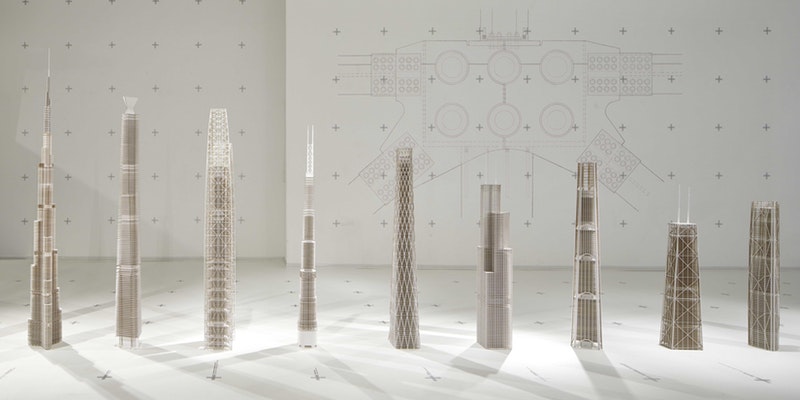 Skidmore Owings & Merrill, one of Chicago’s most renowned architectural progeny, has changed the built environment across the globe with dizzyingly high supertalls ranging from the city’s own Willis Tower to the Burj Khalifa in Dubai. A special new pop-up exhibition at a warehouse space on the city’s Near West Side examines a different side of the firm’s work at the juncture of engineering, architecture, and art. Mounted in collaboration with Pilsen art gallery and Mana Contemporary, visitors can check out sketches, more than 30 models, and ephemera from artistic collaborations with artists including Pablo Picasso, Janet Echelman, James Turrell and others. 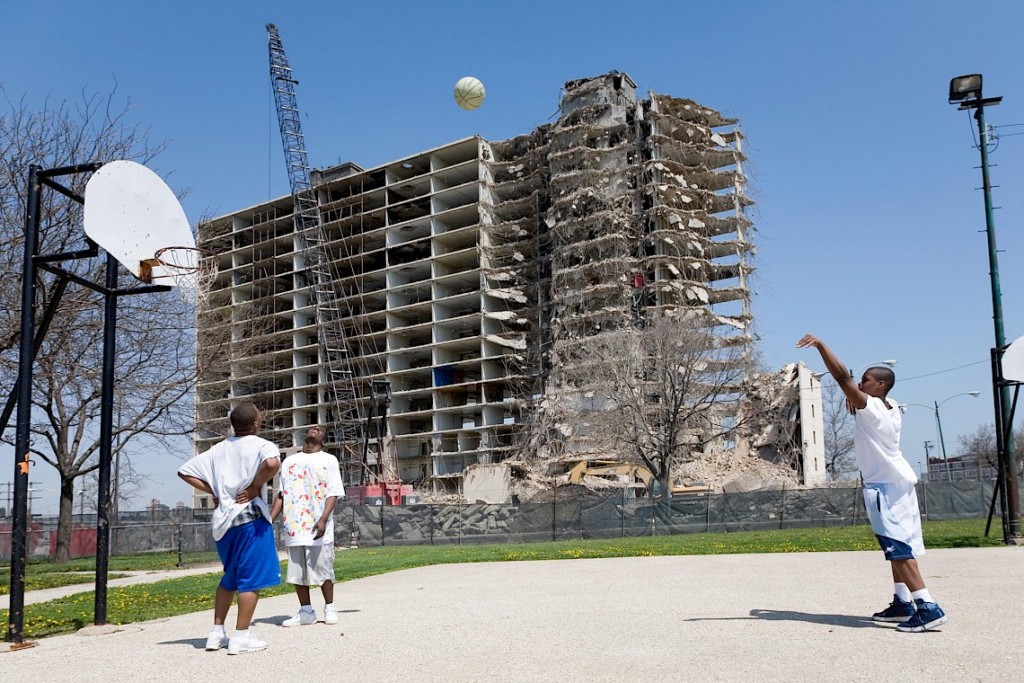 Exhibition: The Photography of David Schalliol

Until recently, Chicago’s skyscrapers co-existed with another building type: high-rise public housing. Conceived in a wave of post-war optimism, these forests of brick buildings were meant to foster utopic, egalitarian communities. Throughout the 80s and 90s, however, housing projects such as the Cabrini-Green and Robert Taylor Homes descended into chaos, plagued by poverty and violence. In attempts to remedy these problems, the Chicago Housing Authority and HUD, in a sweeping policy measure called the Plan for Transformation, opted to demolish these notorious housing projects, in turn displacing thousands of families. Photographer and sociologist David Schalliol—in series of both stunning and poignant images—has documented the demolition and, in the process, has captured stories of communities and individuals who lived there.

From the iconic 1922 Chicago Tribune Tower competition (which featured entries by Mies van der Rohe, Adolf Loos, Eliel Saarinen, and Bruno Taut, to name a few) to the Stanley Tigerman and Stuart Cohen–organized “Late Entries” competition in 1980, the Tribune Tower (or at least the idea of a Chicago skyscraper) has been a long-running focus of architects. The Biennial continues that tradition with another iteration of entries: 16 architects are each contributing 16-foot-tall architectural models that will be arranged in a grid.

Architectural publishing is a byword for the stacks of vanity monographs that seem purposefully incompatible with nearly every book shelving system. Yet architects have often used books small and large, chock full or bereft of images, to articulate their ideas about living. This symposium, hosted by Columbia University GSAPP, will address the general relation of architectural thinking to the printed word. 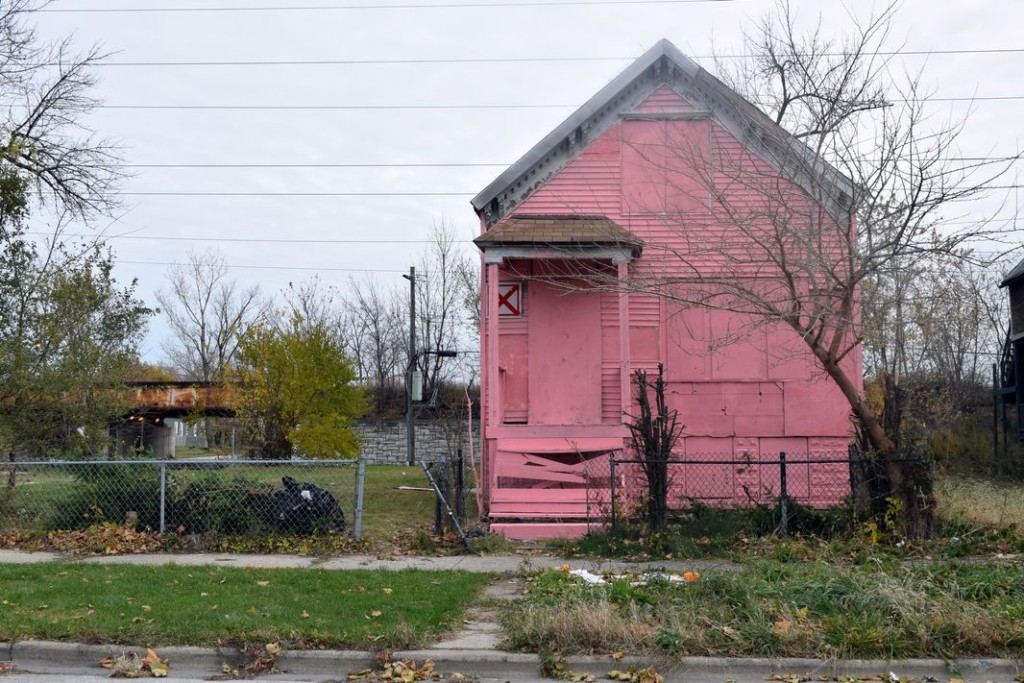 This is a partner event with the Chicago Architecture Biennial, but it’s worth checking out, given its subject—American artist Amanda Williams—was just tapped as one of the main exhibitors at the 2018 Venice Architecture Biennale’s U.S. Pavilion. At her first solo exhibition, the architecture-trained Williams will “[present] new bodies of work that use sculpture and photography to respond to changing urban environments.”

When: On now through December 31
Where: Museum of Contemporary Art Chicago

The Farnsworth House is the cinematic backdrop to the latest iteration of Modern Living, an ongoing performance series by artists Gerard & Kelly. Two dancers, a woman and a man, will alight on the famous house, gracefully moving in and out of the home. The choreography, which will bounce around different parts of the property, builds off previous engagements staged at other Modernist abodes including the Schindler House and the Glass House.

When: Saturday, September 16, various times
Where: The Farnsworth House 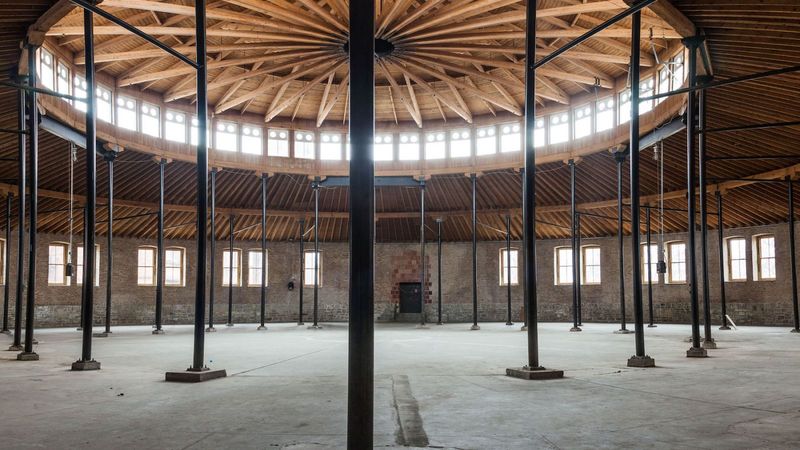 Within the dramatic architecture of the DuSable Museum’s Roundhouse—originally a stable designed by legendary architect and urban planner Daniel Burnham in 1881—Palais de Tokyo curator Katell Jaffrès is assembling the work of 11 young French and Chicagoan artists. Though the show—which includes a performance piece involving a pair of photocopiers—is part of EXPO CHICAGO, the contemporary art fair, Jaffrès is collaborating with the Graham Foundation and designer and IIT professor Andrew Schachman for the exhibition design.

When: September 12 – 29
Where: The Roundhouse the DuSable Museum of African American History