Crafted in Istanbul documents the skills of traditional makers and small manufacturers, creating an invaluable resource for designers. 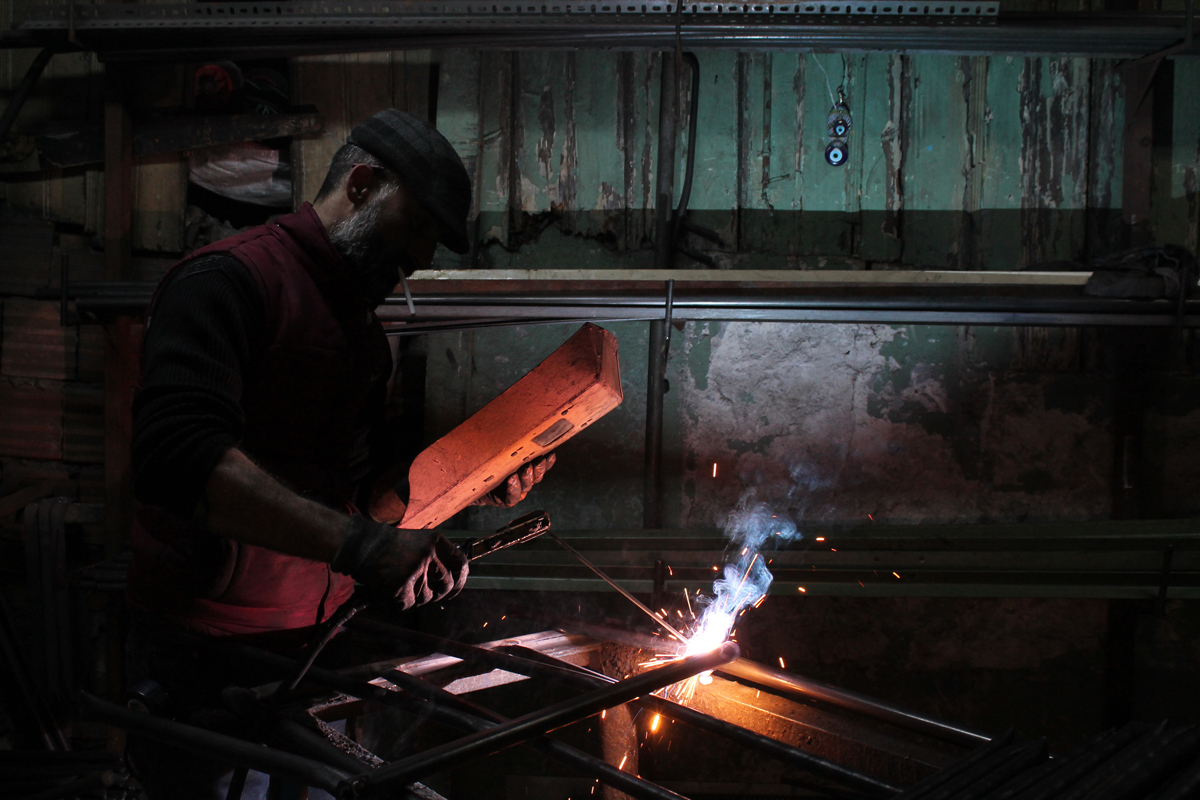 Crafted in Istanbul’s website offers details on more than 90 other craftspeople, such as blacksmith Mehmet Çağrıtekin.

“My path has taken me through many craftsmen’s studios,” says Bilal Yılmaz, cofounder of Crafted in Istanbul, a website that maps artisans in the city. “I’ve watched master craftsmen push the limits of the material and shape it. I’ve seen how the tools become a part of the craftsman’s body. But craft is dying, and with it knowledge gained from the experiences of past generations of craftsmen.”

Yılmaz, who is a designer-maker himself and runs local furniture studio Olmazişler, is still writing his master’s thesis at Istanbul Technical University. Crafted began as a school project in which he and two fellow students, Seda Erdural (also finishing her thesis) and Barış Gumuştaş (a software developer who has now graduated), visited and photographed dozens of workshops making furniture, textiles, ceramics, and other objects. In 2012, realizing that they had created a powerful database, they embedded this research, imagery, and contact information in an online map accessible to the public, then invited contributions from viewers.

The map clarifies the state of making in Istanbul—many craftspeople have been pushed to the city’s edges, but workshops still cluster, guildlike (depending on the materials they work with and the location of salespeople), around the Grand Bazaar in the Old City, trendy neighborhoods Karaköy and Kadıköy, and even the basements of touristy Beyoğlu. “The ateliers have an organic way of working that is the result of a long history,” Erdural explains. “Typically each atelier would master one step of the production process. Neighbors would produce together, forming local networks that are an important part of Istanbul’s identity.” 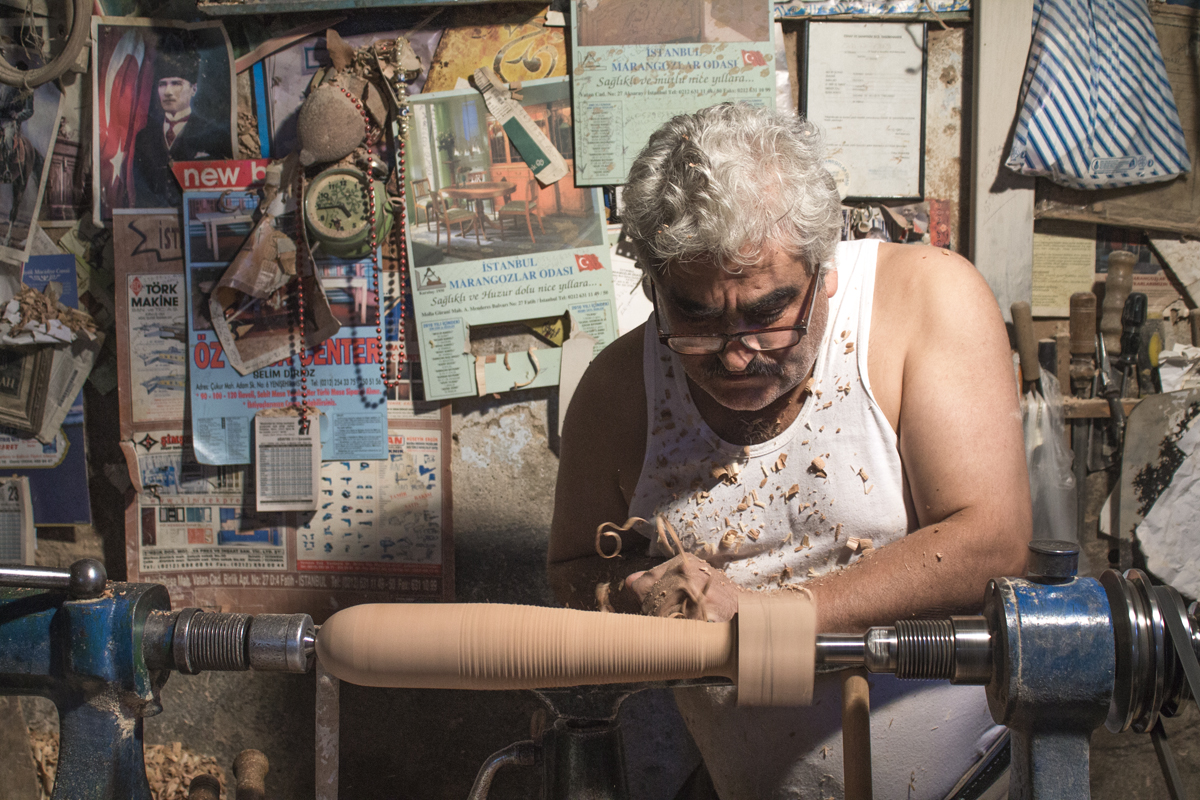 For the 2014 Istanbul Design Biennial, Crafted in Istanbul created two walking maps that allowed visitors to explore the workshops of eight craftspeople, including Muammer Çevik, who has been working with a wood lathe since he was 14 years old.

In 2014, Crafted moved from documentation to implementation. To explore the potential of craftsmen-designer teamwork, Crafted made two short films and two pieces of furniture chronicling the process of designing a modern product made by local artisans using age-old techniques. Istanbul’s designers naturally rely on local makers, but Crafted is advocating a deeper, win-win collaboration. To make a bench with an integrated lamp, Olmazişler joined forces with Mehmet Keleş, a maker of wooden furniture frames, who began his apprenticeship at the age of 12 and opened his own shop in 1970, and wooden lathe master (or üstü) Muammer Çevik, as well as metal spinner Eftal Akardere and silversmith Gora Kürkçügil. Working with craftsmen lets designers refine their designs throughout the process and produce a smaller run at a reasonable price. Meanwhile, the makers learn how to remain relevant in a market where tastes are rapidly shifting. “Designers and craftsmen come from different walks of life, so the working model between them needs some practice, conversation, and drinking tea together,” Yılmaz says. “You cannot simply send 3D drawings of your design by e-mail and pick up your product later. You have to be in the workshop for most of the production process, at least during prototyping.”

“Craft can survive as long as craftsmen remain a part of the economy. If there is any stereotype of the craftsman, it should be of a ‘master of material.’”
Handcrafting has been losing its social and economic value, Yilmaz says, to growing industrialization, urban transformation, and gentrification, and has no support from government. Some projects initiated by universities, municipalities, and private organizations have responded to the loss, but “they document rather than protect and create new opportunities,” Erdural says. “We believe that the only way to help craftsmen [survive] is collaboration. Only documenting the techniques they use is like saving information before the collapse of the system.”

Image is the other problem: Young designers see craftsmen as too “traditional,” or antique. Deeming the workmanship “traditional” romanticizes and diminishes it, Yılmaz says: “Craft can survive as long as craftsmen remain a part of the economy. If there is any stereotype of the craftsman, it should be of a ‘master of material.’”

The three founders of Crafted realize that without changing government policies and educating consumers, the project can’t save Istanbul’s ateliers, but it can contribute to the knowledge of coming generations. “In our research, we realized that 95 percent of craftsmen haven’t taken on apprentices and half of them are over 50 years old,” says Yılmaz. “That means there is no one to keep their expertise alive for the next generation, and we will lose our craft culture within 10 years. Now we have 98 craftsmen on our map, but that number is diminishing day by day.” 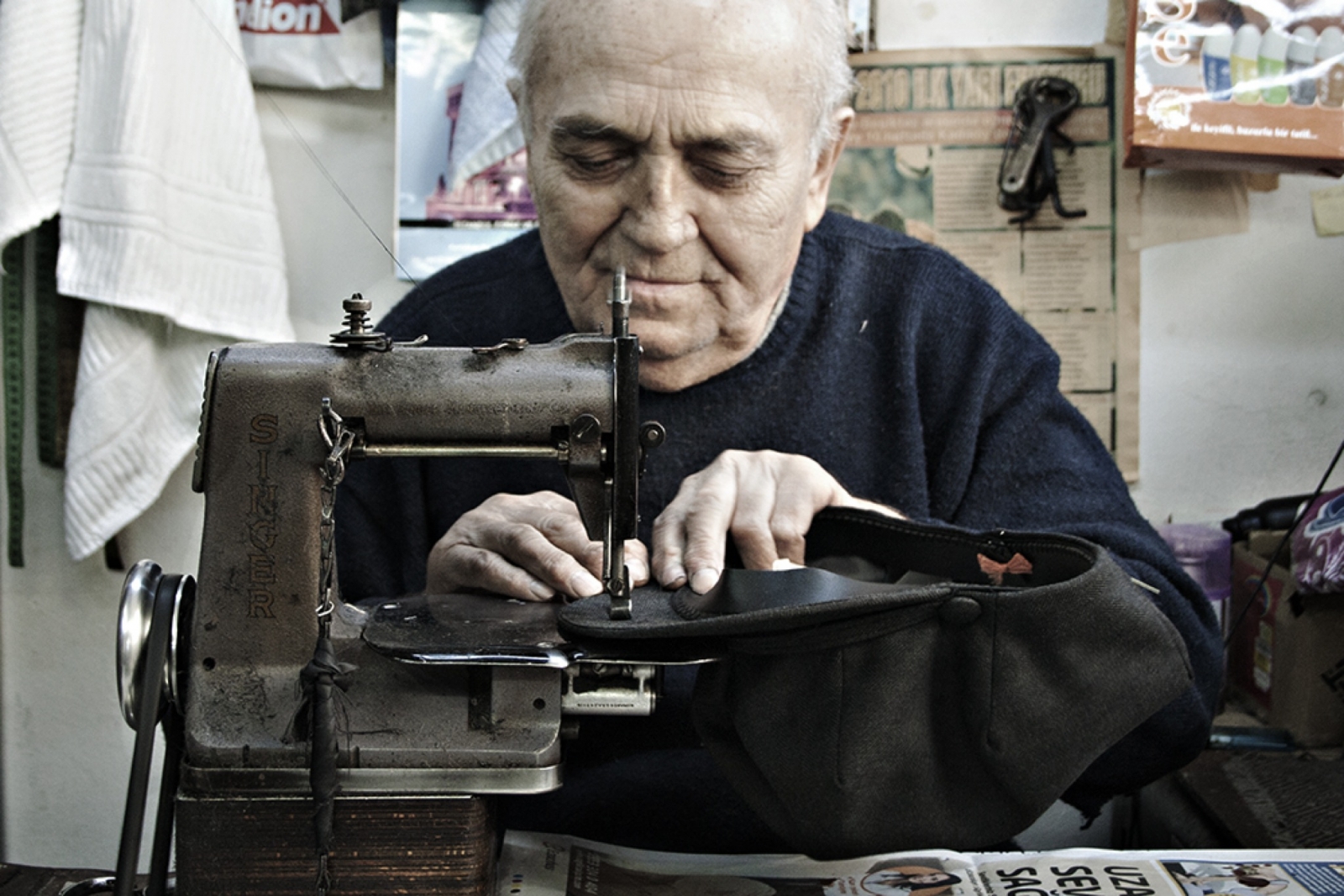 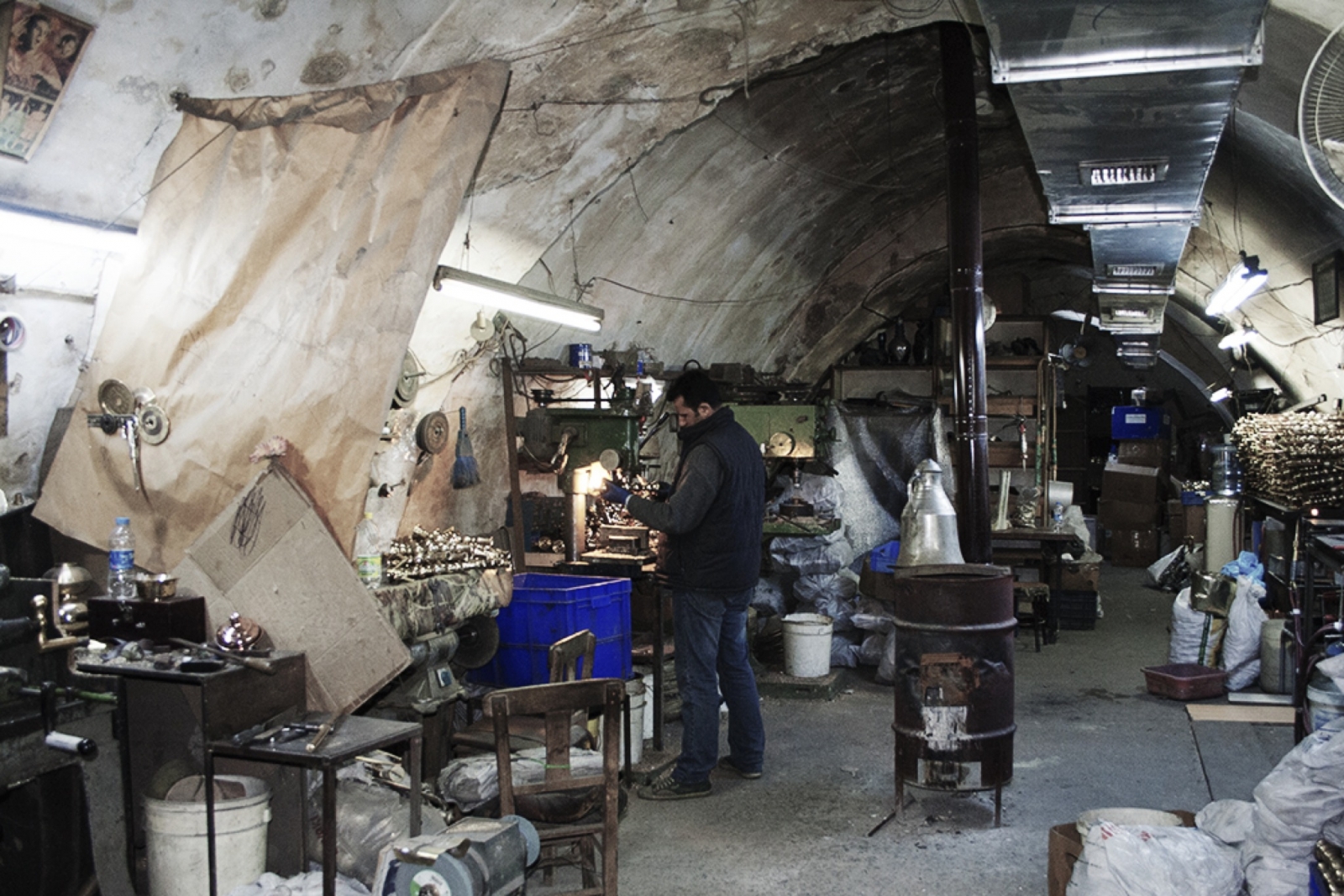 Some of the crafts are specific to Istanbul or to Turkish culture. Abidin Buldu’s workshop in the Fatih neighborhood, for instance, makes shishas, the smoking devices known elsewhere as hookahs or narghiles. 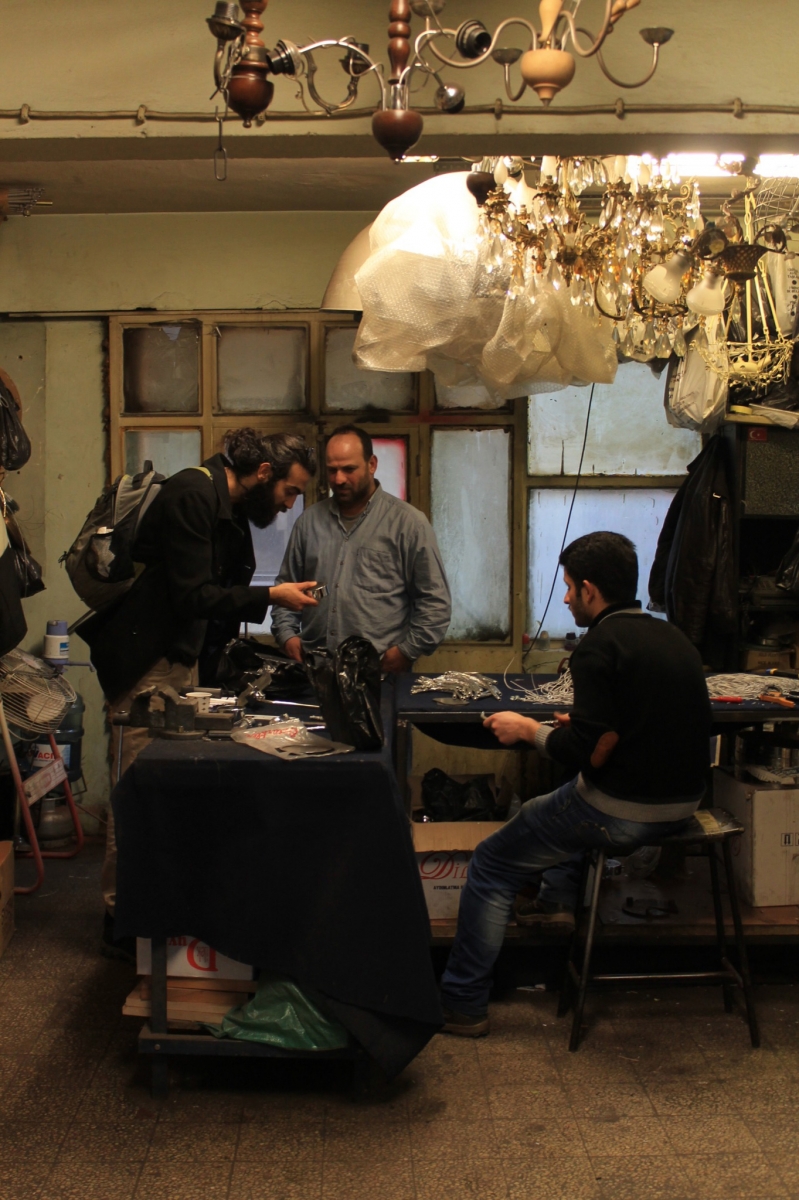 Others, like Çetin Kılınç’s atelier that makes suspended lamps, have skills more directly applicable to the needs of contemporary designers.