What Historic Buildings Say About Our Connection to the Natural World

In the fifth installment of the ten-part Biophilia and Healing Environments series, we inspect 17th, 18th, 19th, and 20th century architecture for the healing traits of biophilia.

Figure 10. One of Louis Sullivan’s last masterpieces: the People’s Bank in Sidney, Ohio, 1918.

Buildings throughout history and in all regions of the world employ the healing effect of biophilia. Sir Banister Fletcher’s A History of Architecture (1996) shows examples of how every building up until the 20th Century partakes of biophilia’s healing effect, although that may not be the only explanation for their success. Beginning in the 20th Century, architecture abandons biophilia or uses it selectively, and even in those cases, not always successfully. Nevertheless, some buildings from the early 20th Century onward employ organic forms in a biophilic manner, and explicitly biophilic elements have been used in recent decades.

Let’s examine some buildings from the late 19th and early 20th centuries to evaluate their biophilic content. For sheer exuberance, those of Louis Sullivan are unparalleled in their combined use of fractals and curves. One of my favorites is Chicago’s Carson, Pirie, Scott and Company Building, erected in 1899, with its florid entrance. Equally fractal but even more curved are the Art Nouveau buildings from the same period, mainly in Europe, which include masterpieces by Victor Horta in Belgium, including his 1898 atelier, later Musée Horta, in Brussels, and Hector Guimard in France (entrances to the Paris Metro, built from 1900 to 1912). 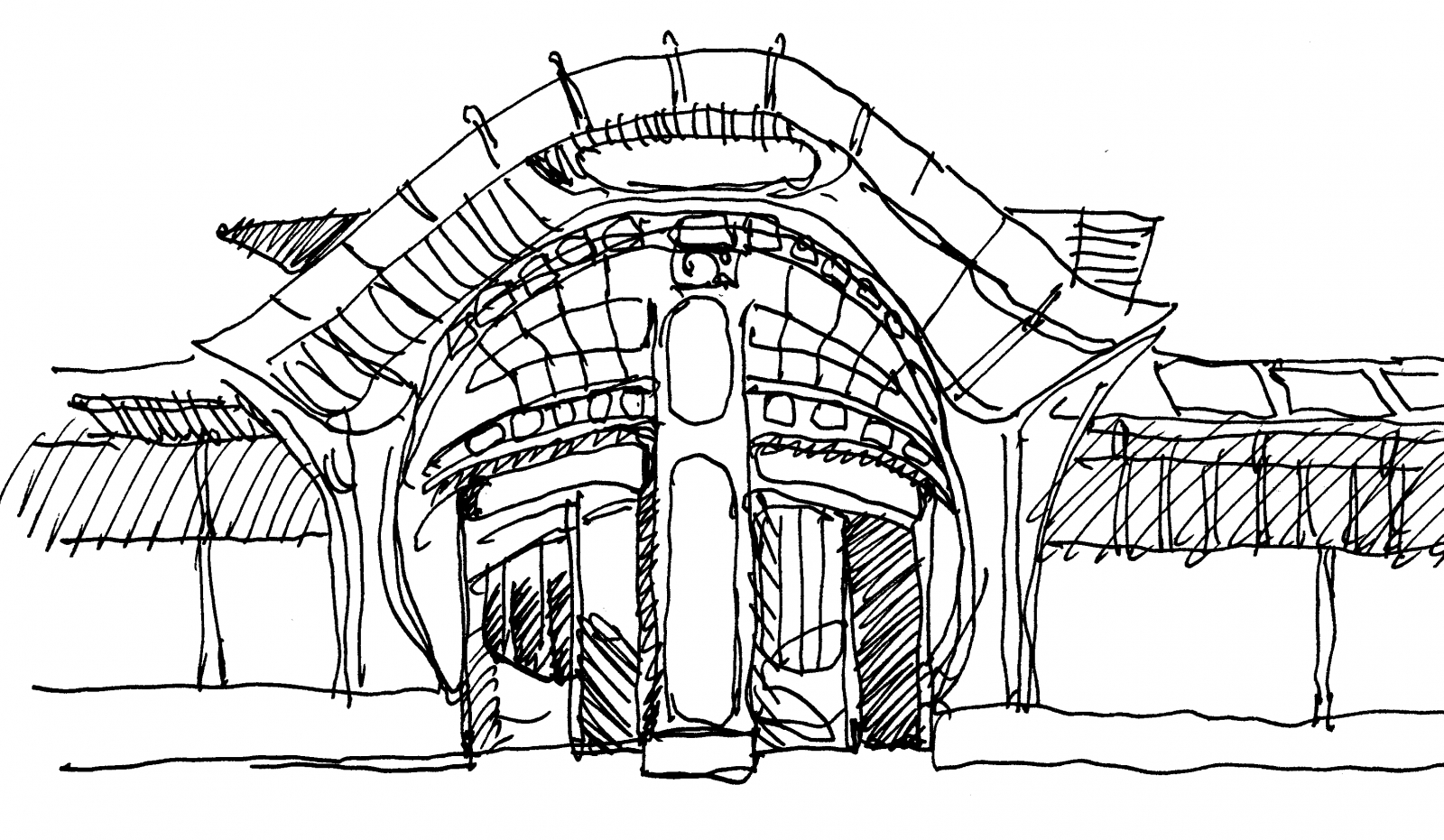 These latter three architects applied new building techniques that employed industrial materials toward the end of the same 19th Century whose beginning ushered in the era of industrialization. This was not hand-made Medieval or Renaissance construction (which might be dismissed today as impractical) but early 20th Century industrial manufacturing using terra-cotta panels, cast iron, and glass panels. So “industrial” does not necessarily mean exposed steel beams, glass curtain walls, and Brutalist concrete!

Grand and opulent 17th, 18th, and 19th century formal architecture relied on curvature and ornamentation to trigger the healing effect. A fine example of this reliance is the Paris Opera House (1861-1875) by Charles Garnier. Such buildings are harmonious despite the richness of their various contributing structures, colors, and details. Some buildings from this period overdo it, perhaps, with visual and structural complexity whose incoherence is without parallel in the perfectly organized complexity of nature. We react to those examples, whose architects did not fully grasp the need for informational coherence, with a feeling of being overstuffed.

While such observations may be interesting in a “Great Buildings” survey course, they hardly represent world architecture. The vast majority of construction in the world has always been and remains a bottom-up activity, carried out not by great architects hired by wealthy clients but by users themselves erecting the structures they need. Their methods partake of design solutions embedded in the collective memory of generations of builders either handed down or rediscovered by trial and error. Such methods of vernacular design and construction, it turns out, are both adaptive and biophilic. 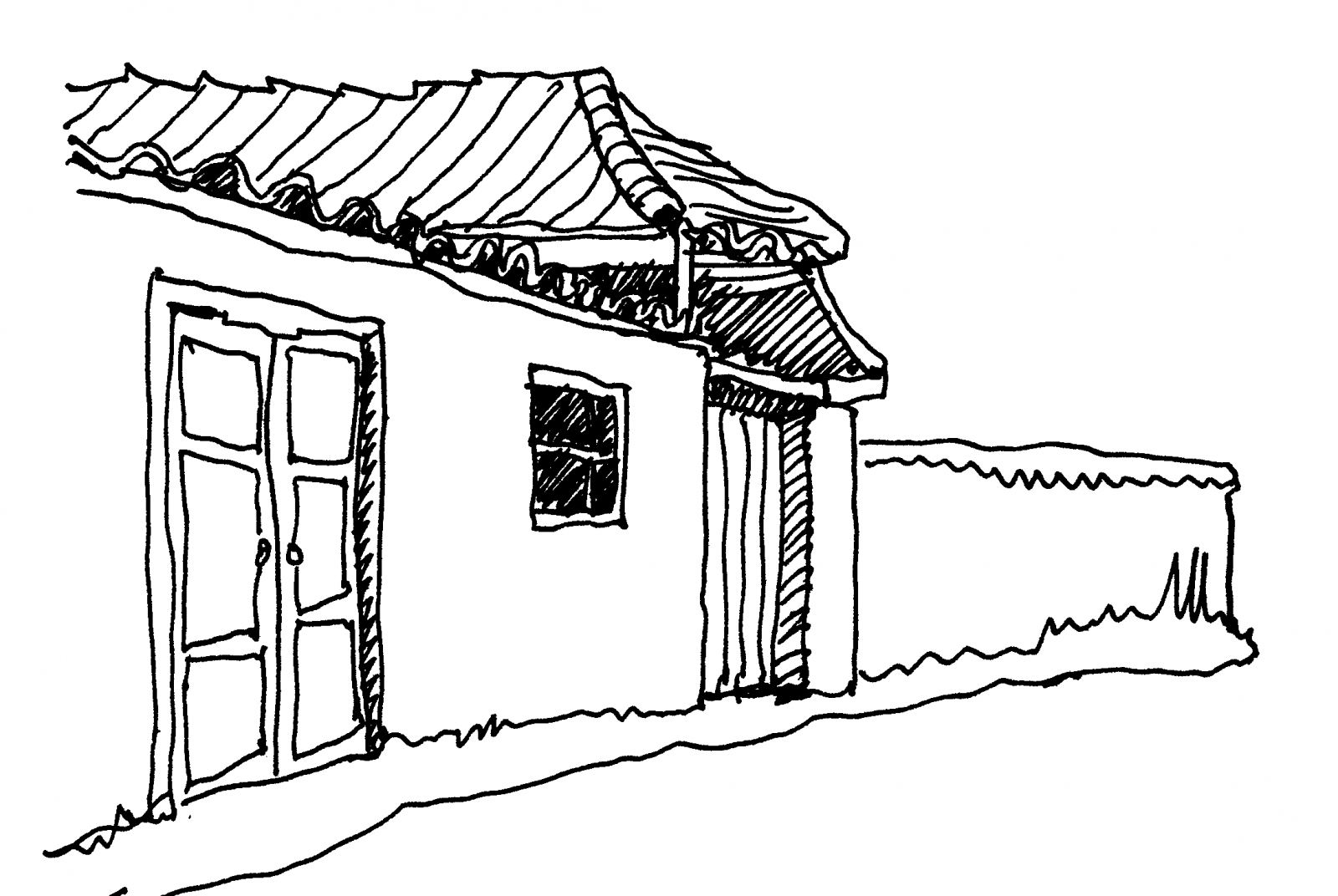 Until recent decades, most builders by habit made use of local materials and low-tech energy-saving measures dictated by tight budgets. The vernacular architectures of people around the world go unmentioned in the “Great Buildings” courses. Building types have evolved through the centuries, with most changes focusing on the scales corresponding to the dimensions of the human body. Builders’ top priority had long been to achieve a high quality of life for themselves or clients by channeling architecture’s ability, abandoned in the past century, to harmonize human emotions. Working at the smaller scales that relate best to human comfort and healing, bottom-up vernacular design applies neurobiology’s preference for complex geometry. For those who care to look, we see an almost unimaginable richness and variety of very different buildings and urban spaces that share a common biophilic goal. The advantages of biophilia are most reliably achieved through the nature-friendly, hands-on, practical design methods that eschew the abstract and formal prototypes normally used by most architects today.