What Light, Color, Gravity, and Fractals Have To Do With Our Well-Being

In the second installment of the ten-part Biophilia and Healing Environments series, we examine the major factors that contribute to the biophilic effect experienced by human beings.

Here are the major factors that contribute to the biophilic effect experienced by human beings. Strictly speaking, our craving for natural light is properly termed “photophilia”, and that for natural environments “topophilia”. Nevertheless, it is useful to include all of these physiological responses under the broader term biophilia (Mehaffy & Salingaros, 2015; Ryan et al., 2014).

1. LIGHT. We seek natural light, preferably from different angles so that shadows do not diminish our stereoscopic vision, necessary to form three-dimensional imagery and depth perception. Natural light is not merely essential to perceive and then to evaluate our surroundings: our skin requires sunlight in order to manufacture vitamin D, crucial to our metabolism. We possess two organs that require sunlight: our eyes and our skin. Our circadian rhythms (our instinctual perception of time, our “internal clocks”) are regulated by sunlight on the eye and skin, which controls our sleep cycle via melatonin secretion. Whenever our circadian rhythms are disturbed (as in jet lag), our bodies are chronically fatigued and cannot function properly. We require sunlight to re-set them.

2. COLOR. Pigmentation of partial intensity but overall harmony generates a healthy effect. Color perception is one of our senses (including receptors in our eyes and processing pathways in our brain) that links directly with our emotions. Humans evolved in natural light, which ranges in coloration from red to orange to blue, depending upon the time of day. This describes the hue of incident light. The color of plants, animals, rocks, etc., formed our preference of colors in the environment. We experience color both in the transmitted quality of light and as reflected from pigmented surfaces. The psychological effects of color run deep, and they are used (and abused) extensively by the advertising industry. Interior designers employ colors and color harmonies to affect people’s psychological mood. Gray, colorless surroundings are associated by our mind’s eye with illness, decomposition, and death (Salingaros, 2006).

3. GRAVITY. We feel and relate to balance through gravity. Plants and animals grow in gravity, thus their forms show an exquisite vertical balance. In natural structures, the heavier parts are on the bottom and the lighter parts are on top. Our brain automatically computes the gravitational balance of forms that surround us. All objects in nature exist in gravitational equilibrium, and this informs our mental reverence for stable structures. Forced perspective — where scale is deliberately shrunk as your gaze rises — is used in traditional architecture and stage sets. This exaggerated perspective “reassures” our body of the gravitational balance around us, reducing stress. Conversely, its imbalance causes anxiety and even nausea. Our balance mechanism is centered in our inner ear. For this reason, nausea is triggered exactly the same way in the case of imbalance (perceived loss of equilibrium) as in the case of the body poisoned by ingested toxins.

4. FRACTALS. A fractal encodes geometrical structure on many different linked levels: it has no preferred scale, hence any structure is scale-free. Fern leaves and cauliflowers are examples. Many scales are present in a fractal, with complex structure showing at any magnification. A fractal contains well-defined subdivisions of structure in an ordered hierarchy of scales, from the large size down to the size of its details. Much of living organic tissue is fractal — for example, the nervous system, the circulatory system, and the lung’s system of branching air passages. We recognize and respond positively to fractal structures because our own bodies have these in common with other animals and plants. This similarity links us cognitively to structures that follow the same geometrical principles, such as landscapes, trees, bushes, and animals. On the other hand, we react poorly to structures that are not fractal: smooth or shiny objects or surroundings create alarm. This discomfort occurs because their minimalism contradicts the fractal structures and patterns we are used to experiencing in natural environments (Salingaros, 2012).

Fractals show structure at every successive magnification. The more perfect fractals are self-similar.

5. CURVES. Curved forms are found everywhere in nature, where it is in fact difficult to find a straight line. Again, curves arise from the biological structure of animals and plants, and also from natural inanimate environments where matter is shaped by tectonic forces. Smooth curves are mathematically at odds with angled (“broken”) types of fractal such as are found in trees and in the weathered patterns of natural materials. The natural environment exhibits fractal or curved forms, or a combination. We do not expect straight lines or right angles in nature. Since our neurological-response mechanisms are hard-wired, we obtain emotional pleasure from curves that possess a natural balance through symmetry. Curves in the environment that are gravitationally unbalanced, however, can be unsettling.

6. DETAIL. On the most intimate scale — at arm’s length and closer — highly organized complex detail is visible and touchable throughout nature. Our sense of touch requires that we be near a surface or structure so as to recover information from the most detailed levels of scale. We focus on the smallest detail, sharply defined natural structures and textures such as veins in stone (fossilized animals and plants), wooden grain, branches and leaves in trees, etc. We expect to find the same sort of complex structural detail in an artificial environment, since our perceptual mechanisms are finely tuned to process such signals. In fact, look at the underside of a leaf and you see its veins display, at the smallest visible level, a fractal network resembling an irregular urban street grid. Natural materials emerge as fractals, and provide interesting organic information at increasingly minute distance, heightened by our ability to touch them. To communicate with animals (including humans), we focus on their eyes, pupils, lips, and nostrils (and the ears of cats and dogs). “Subliminal communication” when face-to-face with another human depends upon subtle anatomical cues we receive from such details. Meaningful response to other life occurs through tiny details, predisposing us to focus on those. We transfer to the built environment our inclination to grant importance to small details. We feel cut off from this mechanism when we experience architectural styles that largely lack detail or have detail that exists in randomly textured form, chaotic, and intuitively indecipherable. 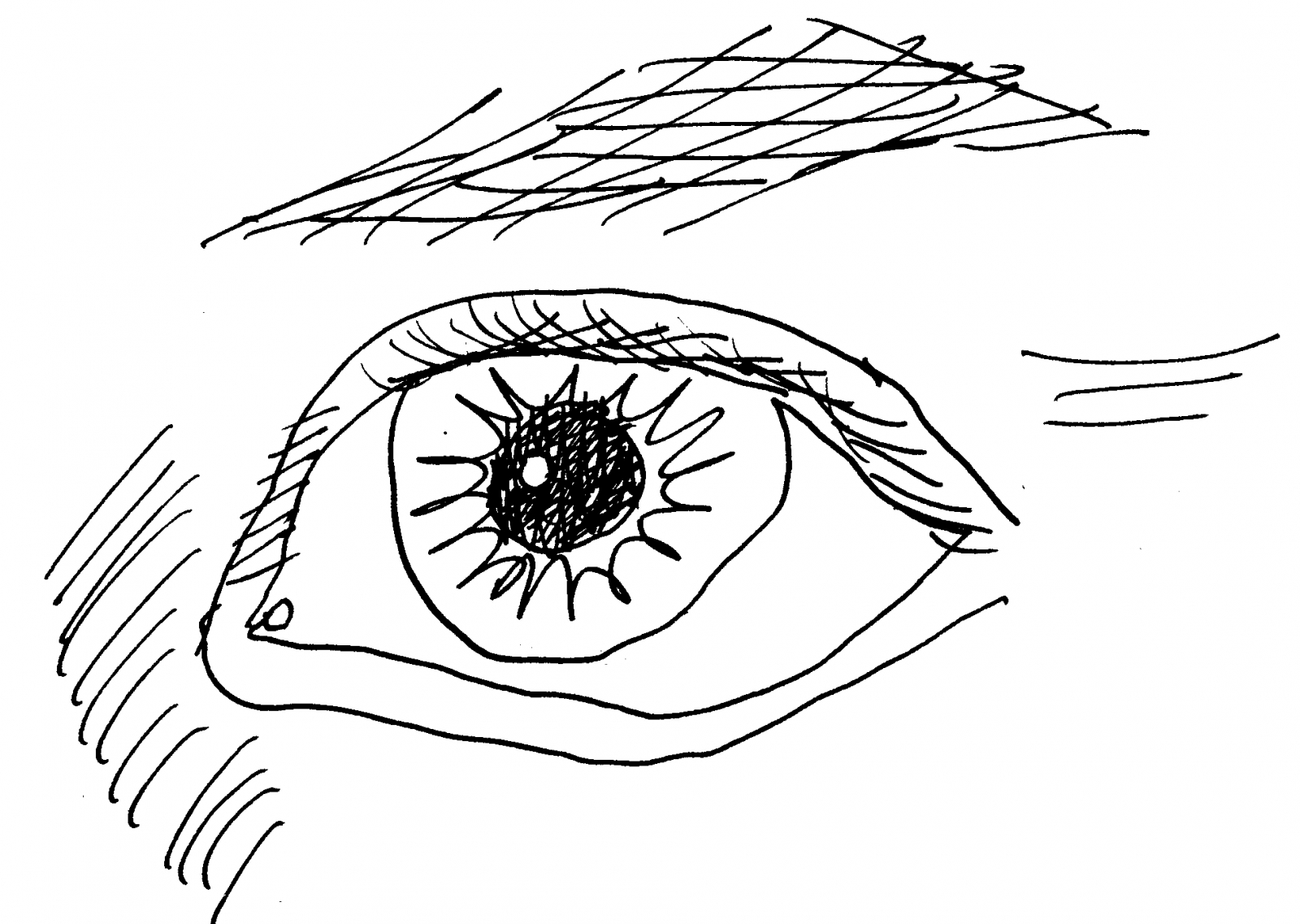 Complex details (implying that the details themselves have substructure) are vital for meaningful information exchange.

7. WATER. The presence of water can be healing. Human beings love to see water, and even better, hear it and feel it. Perhaps the need to be close to water is a reassurance that we have enough water to drink, because without water we cannot survive. It could be a vestige of the streams and lakes in our ancestral environment. Strict necessity does not, however, explain the joy of visiting the salty sea. People the world over go to the beach, and enjoy a promenade along the waterfront. A vast worldwide tourist industry is driven by vacations on the coastline, and the obvious pleasure of voyages in water-going vessels, from sailboats to cruise ships. (While not biophilia in the direct sense of attraction to living forms, the effect is included in this group by strength of parallel.)

8. LIFE. Actual and intimate contact with living forms nourishes us. This is the most obvious meaning of biophilia. We crave the companionship of plants, animals, and other humans. This is not among the features of a building per se, but serves to encourage the building user to interact with the natural environment. For example, enclosing a courtyard garden, or surrounding a building with intimately interwoven trees and shrubs, provides immediate access to nature. It is not merely decorative. The biophilic effect nurtures and is nurtured by such simple acts as bringing a potted plant indoors. This has nothing to do with a building’s structure or design itself — except that buildings that shut off fresh air and light inhibit the survival of plants. (Humans thus entrapped might well also be wary.)

These eight descriptions show how the biophilic effect can be applied to help design buildings conducive to health. Biophilia reflects natural intuitive response in humans to their environment. It is sometimes confused with what might be called biomimicry, which applies inert copies of natural structures to a building’s skin. A building that features, say, ranks of identical shards in its facade might resemble a faddish conception of fractals, but this will not improve the building’s influence on the well-being of its users. To impart a healing effect, an architect must apply basic guidelines for generating specific biophilic elements, and not just mimic some organic form. That’s not enough. Taking the above eight points as a rough design checklist for biophilic properties, we can generate criteria for evaluating the health-inducing aspects of architecture, built and unbuilt.