The familiar signifiers architects use to describe housing are growing tired and unhelpful for designing new models of living. 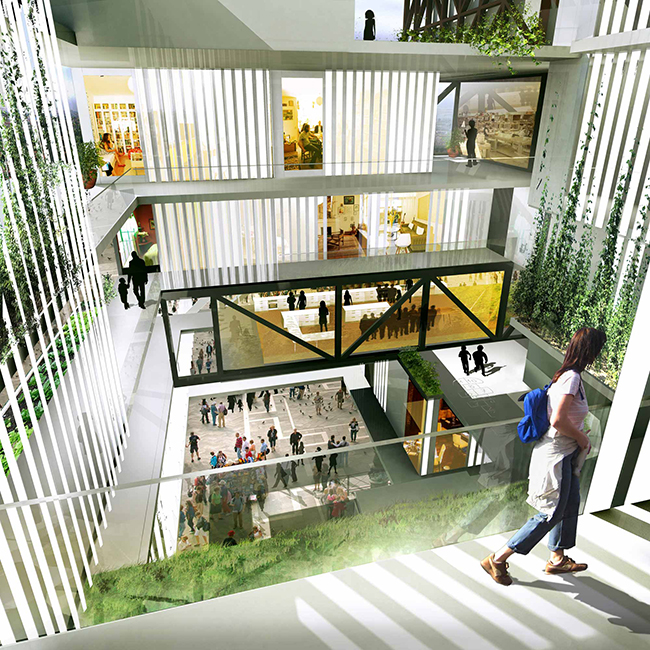 The 2016 World Architecture Festival (WAF), held in mid-November in Berlin, was themed “Housing for Everyone,” but at no point in the three-day event was it clear exactly who this “everyone” consisted of. While in some cases the word seemed a euphemism for those unspecified masses in need of social housing, at other times “everyone” took on far narrower connotations, referring to those relatively few who can pay to commission an architect for specially designed homes. The very abstractness of the term hindered a critical examination of the way architects apply different design priorities to those implied categories.

Those who did focus on housing in a broad sense included South African architect Jo Noero, who pointed out that private housing is easy to do well, because the client’s wishes are negotiated through a straightforward dialogue. But when it comes to housing for “everyone” else, where standardization is the norm, residents’ needs are generally assumed without asking. In many ways Noero’s criticism was reflected in the structure of WAF itself.

During a live competition process held on each of the festival days, architects speedily presented projects in several different categories and received critiques from panels of judges. (A winner was announced at the end of each day.) In the housing-focused categories, the presentations mainly included the glossy, blog-friendly, big-budget sort: a luxury condominium complex in Malaysia, a beachside retreat in Brazil. Consideration of less glamorous housing projects—the so-called socially engaged ones—was mainly reserved for the lecture component of the event programming.

The assumption behind this split seems to be that all “public” housing work is de facto good work that shouldn’t be thrown into a speed critique. Indeed, it’s probably correct that public housing can’t be judged by the same criteria as the private kind—but that doesn’t mean it can’t be judged at all.

Disregarding, for the time being, that the lines separating publicly subsidized and privately developed housing have blurred, there’s a lot to be learned about the language used to describe each. Some buzzwords cross all boundaries—Sustainability! Sustainability!—but many are firmly entrenched in their separate camps. When presenting private housing for the wealthy, architects stressed “privacy” as the predominant factor, but when it came to housing for the not so wealthy, they emphasized “community.” In general, luxury homes are unambiguously praised for the isolation and security they provide, whereas housing for the everyperson tends to fall back on some abstract notion of idyllic communal life.

Why exactly should the goal of expensive, private housing be to isolate the inhabitant from public life, whereas the goal of public housing is to thrust residents into public view and promote their interaction as a moral good?

This terminology makes sense on the surface, as the very words “private” and “public” connote different types of ownership. But why exactly should the goal of expensive, private housing be to isolate the inhabitant from public life, whereas the goal of public housing is to thrust residents into public view and promote their interaction as a moral good? Or, more to the point, if communal interaction is good for everyone, then shouldn’t it apply equally as a priority for all kinds of housing?

There is a long-standing link between privilege and the right to privacy; you can do what you like with private property, including building a wall around it and guarding it with drones. At WAF, the intrinsic connection between wealth and seclusion could be observed everywhere—even within the scope of a single high-end project. When presenting his firm’s d’Leedon complex of seven residential towers in Singapore, Michele Pasca di Magliano of Zaha Hadid Architects described how the design caters to buyers at different price points. Higher paying buyers, he explained, want fewer units on their floors and fewer elevator landings, so their apartments feel more “exclusive.” This is entirely distinct from the simple wish for a larger apartment—it’s specifically a wish for fewer (visible) neighbors.

It’s likely true that those residing in public housing lack extensive social safety nets, and so rely more heavily on informal support networks than the rich do. (Rather than expecting people construct their own social security, policy makers could just offer better public services—but that’s another discussion.) However, lack of privacy is a longstanding mechanism of state control. In most societies, the least advantaged are precisely those continually subject to the public gaze: the homeless, the stateless, the unemployed. If community is a feature to be built into public housing, it should be done with the knowledge that visibility is not always desirable. It should be a choice.

The most interesting projects presented at WAF used creative design not only to interrogate conventions of public/private space, but also to suggest new types of spatial ownership. For instance, one straightforward way to shake up ownership norms is to design buildings that offer a mix of subsidized and market-rate properties, while adding common areas and zones of peripheral visibility. As one example, Jeanne Gang presented her firm’s City Hyde Park, a mixed housing project in Chicago that incorporates overlapping balconies to promote visibility across income lines. 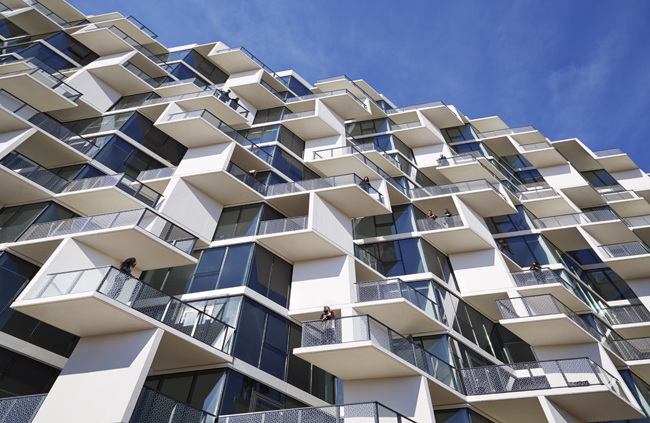 Studio Gang’s City Hyde Park on Chicago’s South Side features projecting balconies that are meant to draw residents outside to socialize with neighbors.

Gang also presented a second, much more ambitious project that outlined a new housing strategy for the Chicago suburb of Cicero, which was hit hard by foreclosures after 2008. The plan proposed that blocks of land be placed under communal ownership, with residents purchasing single units on each of them. Community members could obtain mortgages more easily and have access to private homes and equity. At the same time, the terms of the plan would cement mutual responsibility for any shared space. Importantly, the project was developed after extensive consultation with local residents.

Other conference participants including Noero, his collaborator Rainer Hehl, and Delft University of Technology professor Dick van Gameren similarly stressed the value of long-term, site- and community-specific engagement. Even so, most other architects’ presentations seemed to fall back on those reliable keywords—“communal” this, “private” that. It’s harder to illustrate the process of interviewing residents, or causally link design moves to their input, than it is to show a playground in the center of a development and call it community space.

Berlin-based architect Ole Scheeren approached the question of communal space from another angle, asking the audience: “How can we make the realm of the private relevant to the realm of the public?” One solution he proposed was cracking open the typology of the private tower by inserting public space within it, as he demonstrated through DUO, a high-rise residential development in Singapore. In developing the project, his goal was to integrate two separate structures into surrounding urban areas, with large zones for foot traffic between them. In addition to typological solutions, such as angling the buildings to widen pedestrian paths, Scheeren suggested that the entire development remain open 24 hours a day, an unusual idea in many cities, but especially in Singapore.

Design choices like these won’t solve massive structural problems. Yet they are important because they don’t take an oppositional approach to designing for the private and the public. Nor do they discount the creative stimulant of community outreach. Housing in the broad sense—for “everyone”—deserves to be afforded the same professional attention and critique as beachside villas do. And perhaps, as with any luxury home, the critique should not only come from a panel of professional judges but from residents themselves. 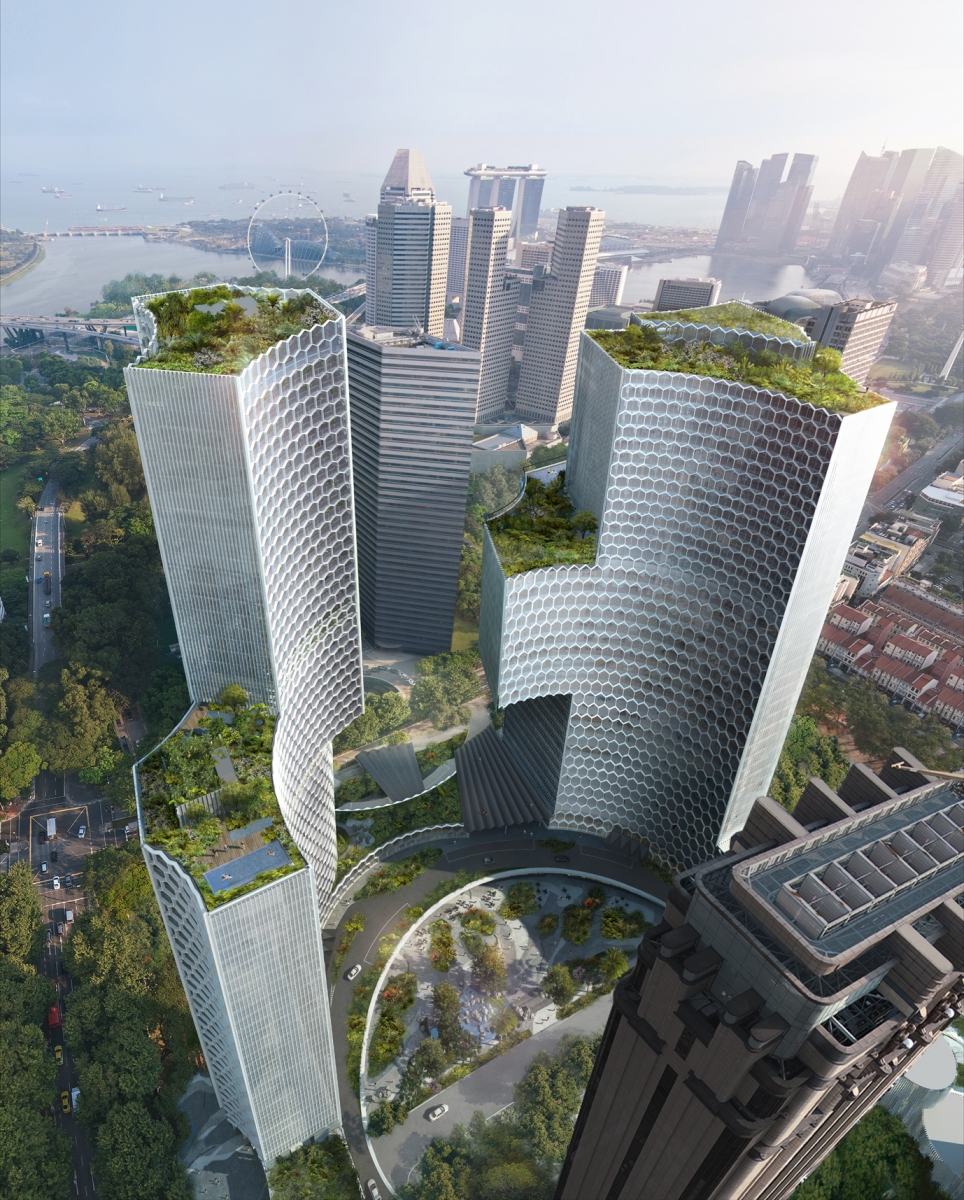