Xavier Delory’s latest work of visualizations brings Le Corbusier into conversation with himself.

His first set of images portrayed Ville Savoye “vandalized” by Basquiat-inspired graffiti, in order to evoke the monument’s “real past state of abandonment.” As Delory told Metropolis via email, “I wanted to question the fragility of history and the choice of societies to grant importance, or not, to creations from the past.”

Delory’s latest brings Le Corbusier into conversation with himself: Delory has created a “graffiti” directly inspired by Le Corbusier’s colorful murals, particularly those painted at Villa E-1027, and grafts them on to La Chapelle Notre-Dame du Haut in Ronchamp. This “virtual intervention,” in Delory’s words, takes Le Corbusier’s belief in a “synthesis of the arts” to its logical conclusion, creating “a total work of art.”

“The explosion of color,” according to Delory, “symbolizes the many criticisms directed at the chapel at the time of its creation, whose design was accused of irrationalism, formalism, egocentricity, betrayal.” 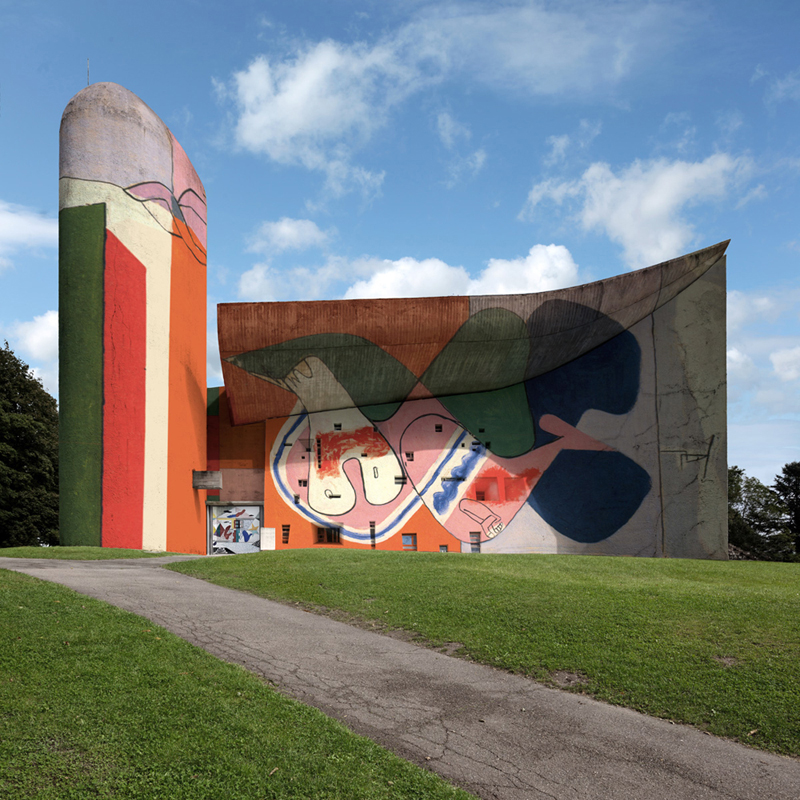 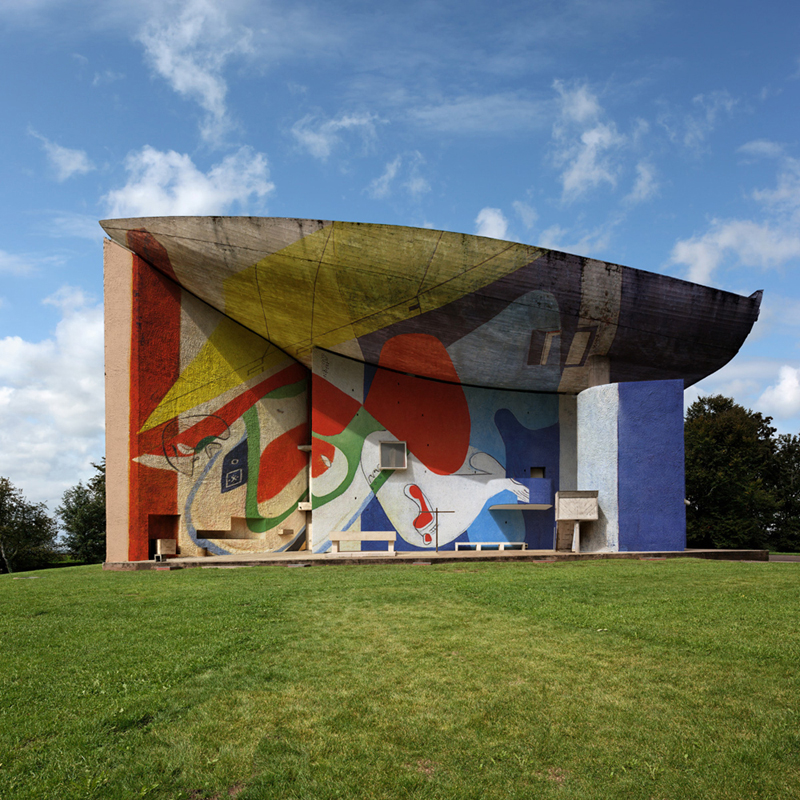 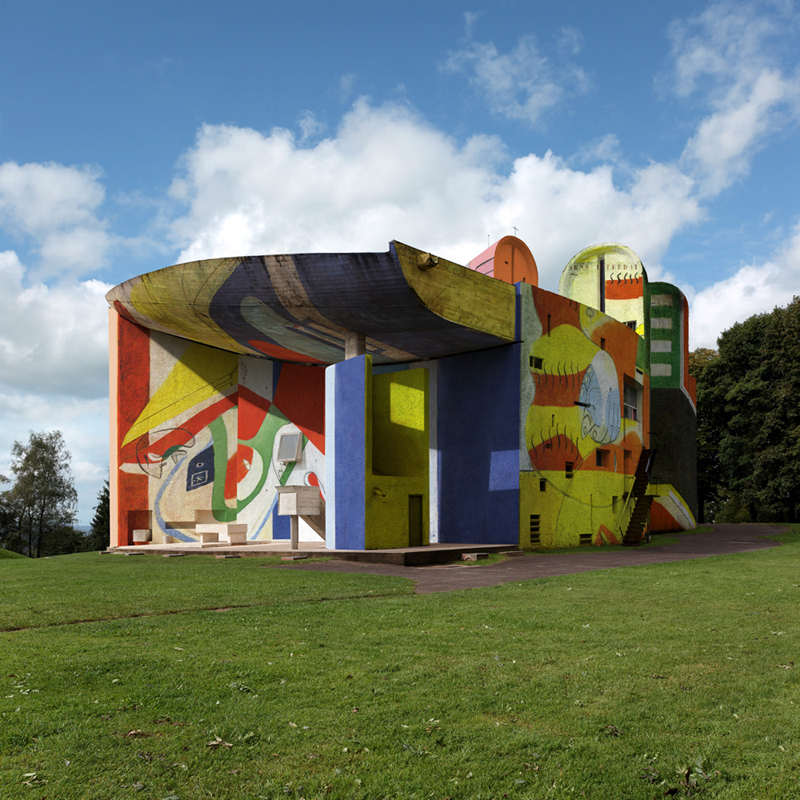 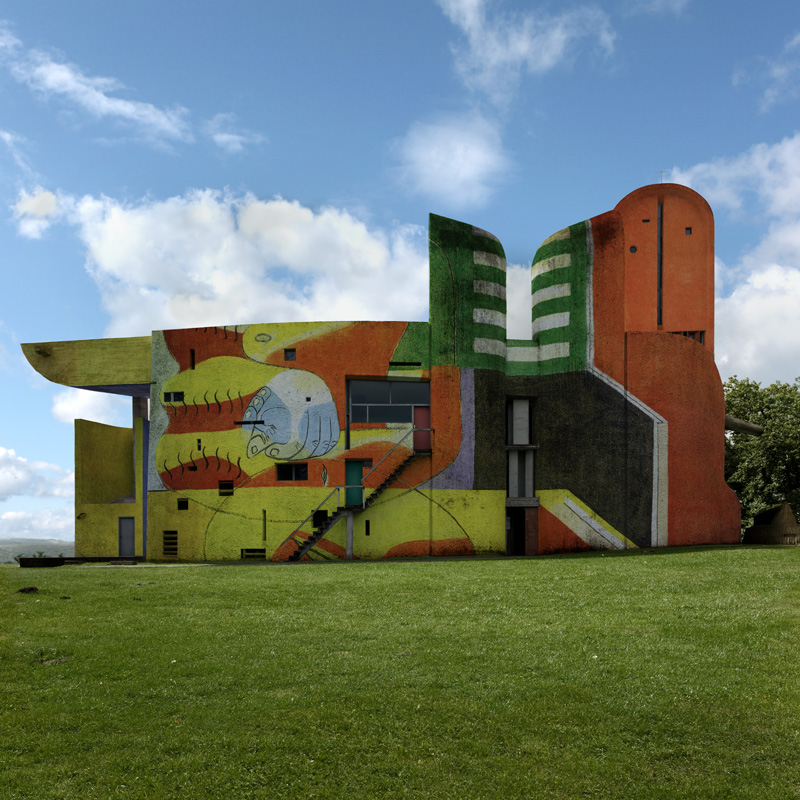