We pick the four designers/architects who stood out last week at Design Indaba in Cape Town.

Eschewing the typical TED-style talk format that has become ubiquitous with many design conferences today, last week’s Design Indaba in Cape Town, South Africa—the 22nd iteration of the event—played out more like a three-day long theatrical performance. The event featured creatives across the design spectrum, from illustration to industrial to architecture, and included both household names (Pentagram’s Michael Beirut, Airbnb’s Joe Gebbia, and Snøhetta’s Craig Dykers) as well as emerging creatives and recent design graduates from Amsterdam, Tokyo, London, and Chile.Below, four of the big ideas from the event.

But my favorite cross-disciplinary project of the event was by Johannesburg-based design studio Dokter and Misses. For their presentation, Weird Dream, they used choreography and experimental performance art (think figures costumed in foam blocks, dancing onstage in front of a psychedelic presentation of home and office furniture) to represent their design projects and process. Run by duo Katy Taplin (a graphic designer) and Adriaan Hugo (an industrial designer), the studio’s eclectic Bauhaus-meets-South African aesthetic is influenced by everything from graphic design, art history, and sculpture to digital communication (according to Taplin, their recent Foreva XX line draws inspiration from emojis).

Another area that informs a lot of Doctor and Misses’ work? Music. Their evolving Easy Now collection of furniture and home goods is inspired by the album Easy Now by ‘slowcore’ musician Givan Lotz. The result is a more monochrome palette than they typically work with, ceramics with natural glazing, and more muted and calming designs. 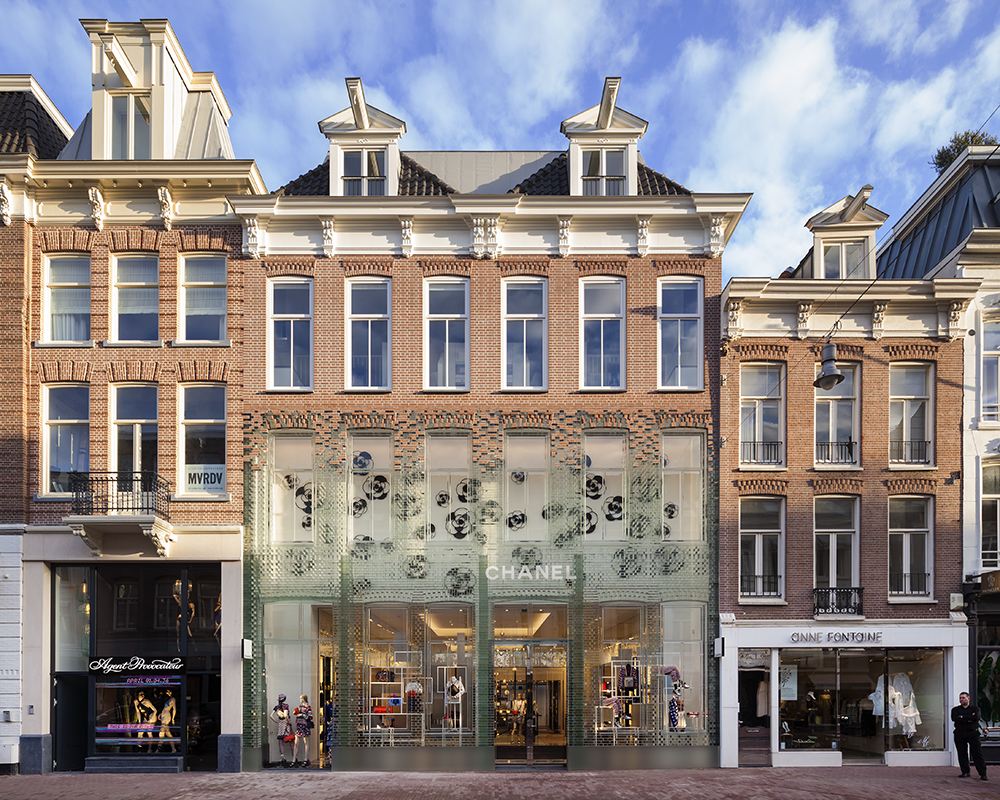 Winy Maas, principal at Rotterdam-based MVRDV Architects used his Design Indaba lecture as a call to action for designers to be more porous and transparent in their work. He notes air itself as an underutilized material in architecture. As an exception to this rule, Maas pointed to his mesmerizing and dizzying design for Rotterdam’s MarketHall, a four story glass encased food hall literally circled by 230 apartments that look down into the market. In Amsterdam, MVRDV has also used this transparent approach to literally combine old and new with their design for the new Chanel store. To fit within the required brick, historic aesthetic of the neighborhood (while still adding an element of whimsy and modernity), MVRDV used durable glass bricks held together by a glue typically found in dental work, an engineering solution that took over a year to develop. 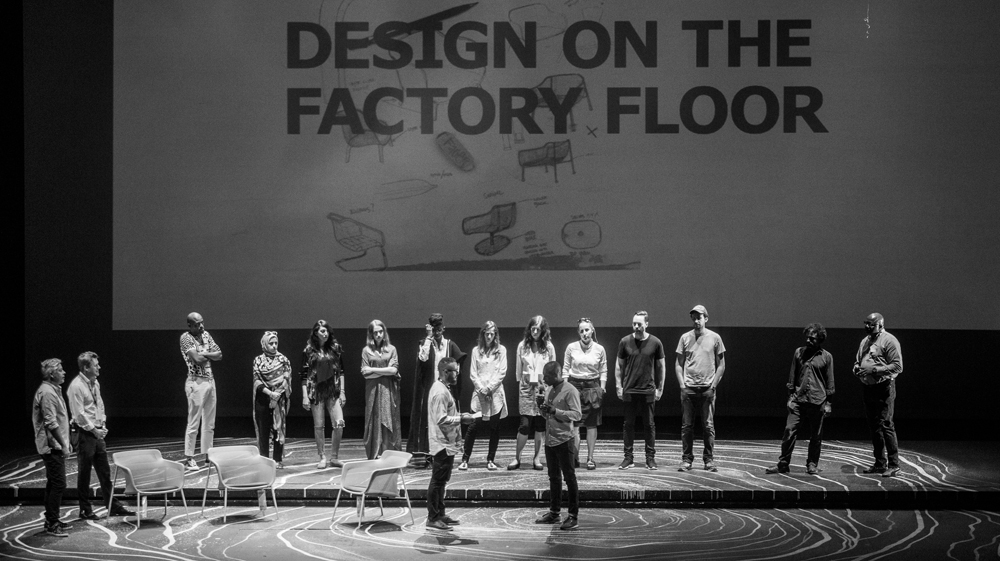 While the level of creativity and craft in African design has been steadily growing for years, we’re now starting to see that talent translating to a more global audience. That international commercialization got a major kickstart earlier this month with Ikea’s announcement of its first African-designed collection. During the conference, designers from across the continent worked directly with Ikea’s in-house design team to start the process of developing the collection, which is centered around the theme of modern rituals in the home.

“The creative explosion which is taking place in several cities around Africa right now is something IKEA is curious about,” said IKEA design manager Marcus Engman. “We want to learn from this and spread it to the rest of the world. Working together with these designers and creatives gives us the opportunity to do so.” 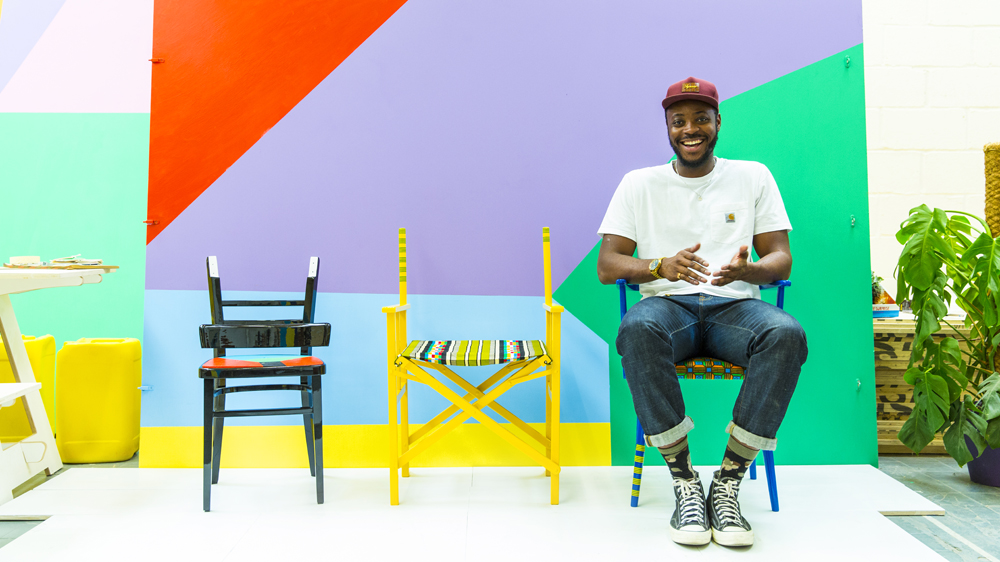 Designer Yina Ilori, seated on some of his chair designs.

London-based furniture designer Yinka Ilori decided to present the design inspiration for his colorful, up-cycled furniture by literally bringing a Nigerian dance party to the stage (complete with renowned DJ Blinky Bill). Ilori’s work brings in memories of the people and places he encountered growing up in North London’s council estates (each element of his ‘If Chairs Could Talk’ collection is inspired by a different friend or family member of his). And he challenged the audience to consider the possibility that the chairs we sit in all day might have a life of their own:“Chairs hold so much emotion and feeling. What if chairs could talk? What if chairs could tell your secrets to the world?”