The American designer renowned for her innovation in textiles, pattern, and color was awarded the Ladislav Sutnar Prize today, along with four other laureates.

American designer Gere Kavanaugh received the Ladislav Sutnar Prize today in Pilsen, Czech Republic. The prize is awarded to outstanding practitioners and institutions in the design and art fields by The Ladislav Sutnar Faculty of Design and Art of the University of West Bohemia.

Gere Kavanaugh is a multi-faceted American designer based in L.A. that influenced the design industry and the field of architectural color. Kavanaugh, who Metropolis interviewed this summer, is also one of the first women designers to achieve success in a field traditionally dominated by men. In the 60s and 70s she was part of a group of young and talented designers including Frank Gehry, Greg Walsh, and Don Chadwick.

Kavanaugh has been awarded the Sutnar Prize for her extensive and outstanding career in textiles, furniture, interiors, exhibitions, products and graphics, but also for “the emphasis she puts on respecting student work copyright,” says the award announcement. 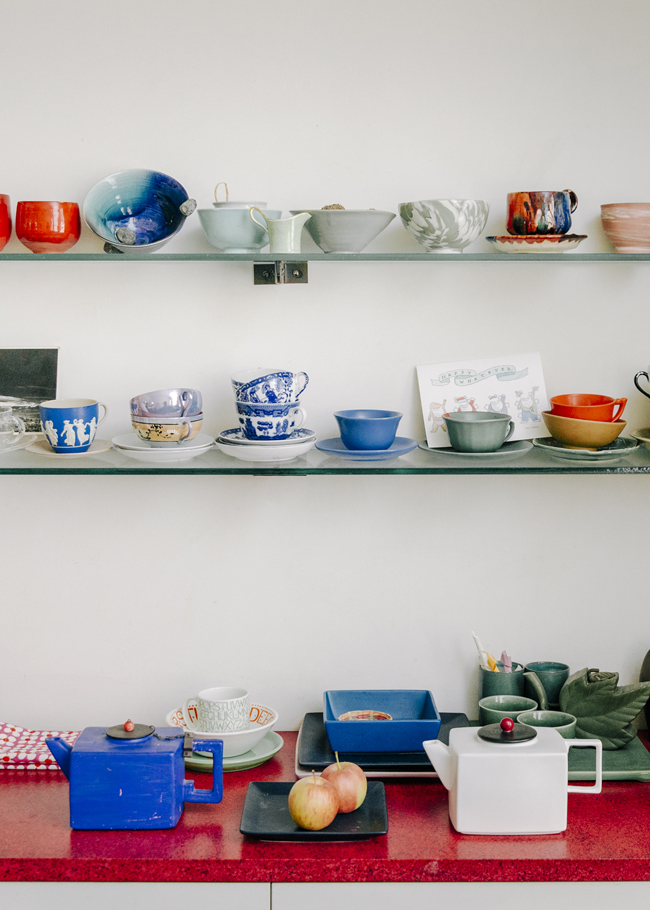 Kavanaugh’s teacup collection, with her Mood dinnerware, produced by CB2 in 2015, on the bottom shelf.