What Do Comics Have to Do with Medicine?

“I believe this medium is the new literacy in this country. Words themselves are not able to keep up with the speed of information. This combination of words and images will continue to grow and it will dominate.”                         —Will Eisner, father of the modern graphic novel  What do comics have to do with medicine, […] 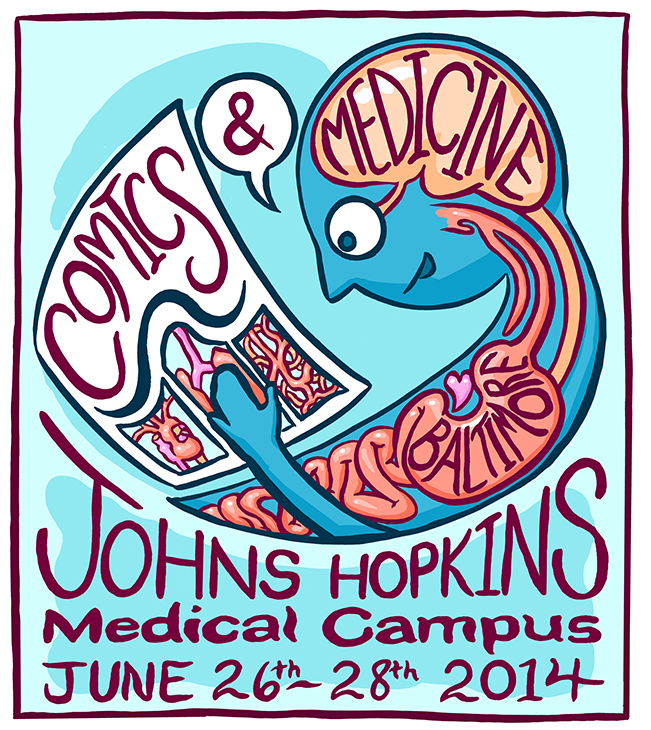 “I believe this medium is the new literacy in this country. Words themselves are not able to keep up with the speed of information. This combination of words and images will continue to grow and it will dominate.”

—Will Eisner, father of the modern graphic novel

What do comics have to do with medicine, you ask?

The Johns Hopkins School of Medicine Department of Art as Applied to Medicine in Baltimore, MD, in collaboration with Graphic Medicine recently hosted the 5th annual Graphic Medicine conference. The conference was, in a word, revelatory. Events were tightly organized. Participants were reeling from back-to-back sessions dense with information and insight.

Prof. Jared Gardner (English & Film Studies/Director, Popular Culture Studies) from Ohio State University, put his finger on something that ran through the entire conference. Gardner described how patients and their families are thrust out of our synchronized, clock-based universe. Life in extremis, whether for patients or family members, is cut off from the bustle outside the hospital in the World of Wellness. 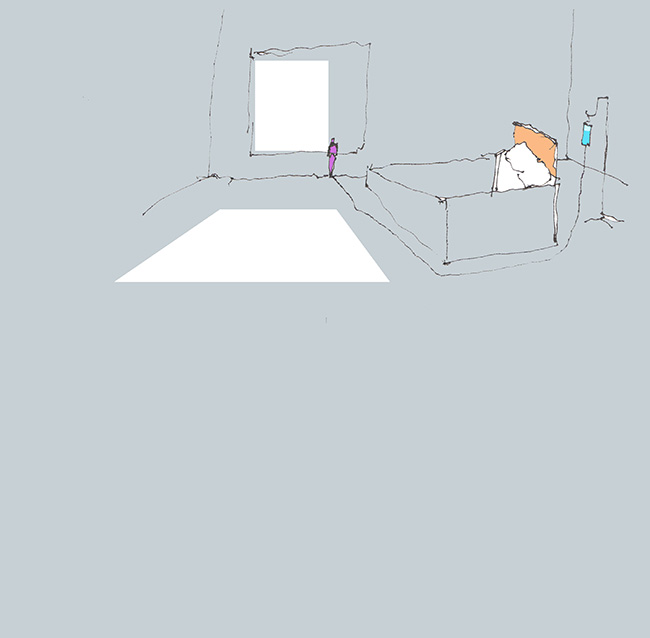 Perhaps you have been there, looking plaintively at the outside world as if from a glass cage. Time in a hospital sets you adrift. Your privacy is invaded day and night as you slip into a waking state that resembles “The Twilight Zone.” Yet comics naturally traverse both the World of Wellness and the World of Illness, mediating through a visual language of memory and malleable time.

“One of the things we know to be true about comics is that, unlike film or novels,” Gardner says, they force us to confront past, present and future in a single glance. Try as we might to focus on one single panel, we will always see the previous and the following panels—or moments in time—in our peripheral vision. This experience of time as outside the illusion of linear clock time within which we live our daily lives (necessary to keep this complex society functional) is closely related to how the patient and family experience illness, treatment, recovery.

Doctors depend on a recovery narrative, one that closely resembles the structure of the classical Hollywood screenplay: normal, illness, healing (i.e., return to “normal”)—past, present, and imagined future. But the patient experiences time in much more complex, fractured, overlapping ways, often leading to misunderstanding and frustration between patient and doctor. Comics offer a way for the doctor to understand (even experience) time outside the forward-moving recovery narrative upon which the medical establishment necessarily depends.”

Dr. Michael Green, professor of Humanities and Medicine at Penn State College of Medicine and conference speaker this year concurs, “Life in the ICU does not seem linear. Patients often become confused and disoriented there. I think comics can be similarly vertiginous.” Green has been teaching courses on comics and medicine to medical students since 2009, and is a founding organizer of Graphic Medicine, an interdisciplinary community of scholars, artists, health care workers and others who focus on the interplay between comics and medicine. 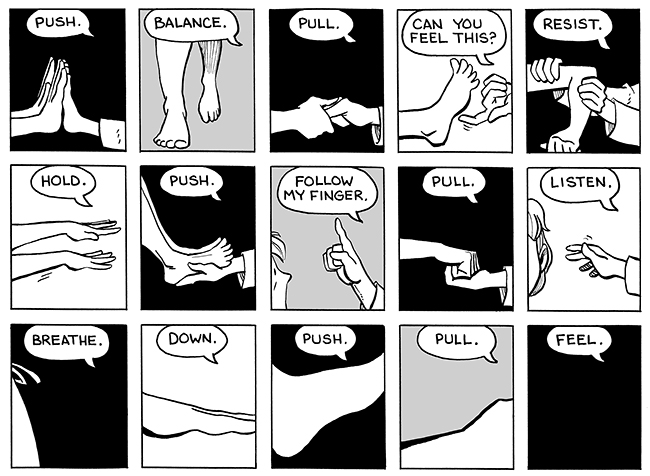 Brian Fies, author of the award-winning book Mom’s Cancer, gives us a clear analysis of his eloquent, gridded image (above) saying, “This page depicts a day of testing at a university teaching hospital. My mother saw doctors, nurses, assistants, specialists, all of them ordering, poking and prodding. Aside from being graphically interesting, the checkerboard pattern suggests changes of place and time: some rooms are white, some gray, some black. Early in the day, in the panels at the top of the page, body parts are recognizable: hands, feet, an elbow. As the day goes on, orders and exams blur together until by its end, at the bottom of the page, body parts are nothing more than disconnected, unidentifiable, abstract shapes. Instructed to “feel,” my mother has no energy left to feel anything at all.”

Fies led a “See One, Do One, Teach One” conference workshop that had the room extracting comics potential out of the most mundane occurrences in our daily lives. People who couldn’t draw had an advantage, their minds unencumbered with the imperative to draw something carefully,“the right way.” With only 4 minutes to write an original story and 2 minutes to draw it, much hilarity ensued.

As the finished drawings were projected on the wall, Fies kindly assessed their beginners’ virtues from a comics language viewpoint. The personalities and humor revealed by the drawings of each new comics artist provided instant communality, bypassing awkward introductions. Plain and simple, it was fun! 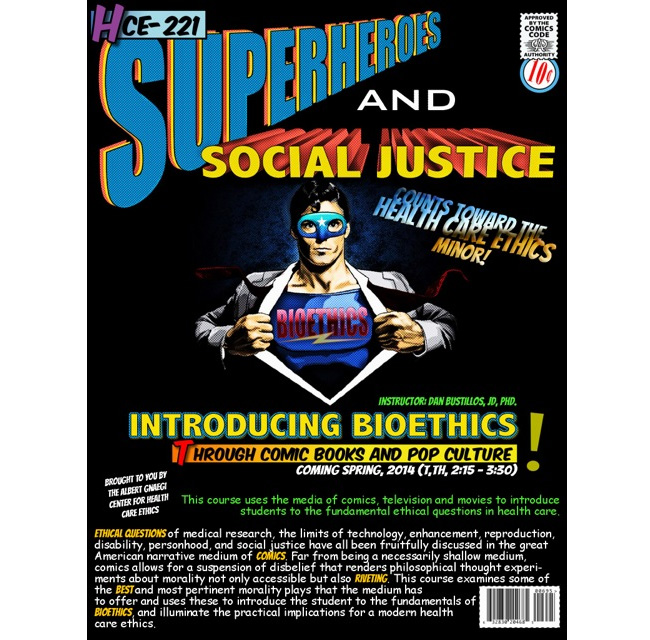 Bustillos placed this flyer on bulletin boards around campus, making sure that the graphics were eye-catching and stood out in a sea of white bulletin board postings with its black background.

“Our brains represent things in some stripped down abstracted way. We don’t remember things as photographs or movies. We remember them as cartoons.”

Daniel Bustillos, JD, PhD, Assistant Professor at the Genaegi Center for Healthcare Ethics at St. Louis University, spoke about his course entitled “Superheroes and Social Justice: Introducing Bioethics through Comic Books.” Bustillos’ course description portrays comics as a medium both “accessible and riveting.” He hasn’t shied away from using comics directly to promote his own courses, an enlivening approach and antidote to dry academia.

In addition to the flyer above he produced a mock comic for “viral” marketing of the course. Bustillos says, “This one [comic] was placed in strategic locations around campus and at local comics shops and coffee shops. Inside there was a description of the course, a list of topics covered, and a list of the comics and other readings we would be reading in the course. These were accompanied with cover photos of the comics and short descriptions similar to how I designed and constructed the course website.” 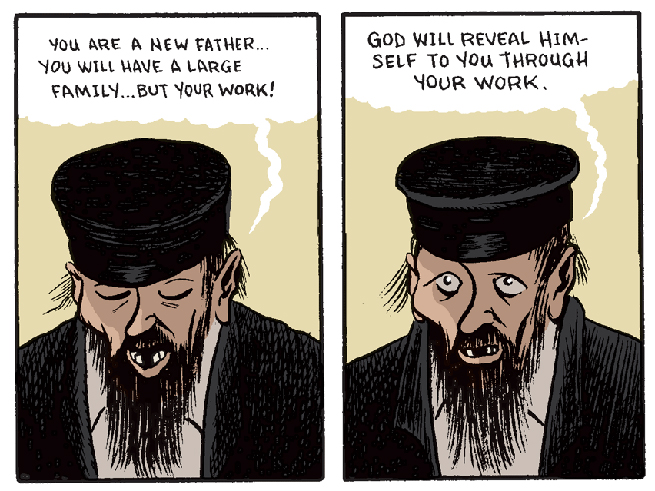 James Sturm, co-founder of the internationally renowned  Center for Cartoon Studies in White River Junction, Vermont, conducted an exceptional workshop in visual literacy. Small groups have 4 minutes to convene and discuss the interpretation of  flash cards in order to illustrate improbable scenarios such as “A cowboy fortune teller reveals his horse’s future” “A concert pianist on an island performing for crabs” “A pirate swallows his parrot.”A rough consensus is reached, then everyone dives in with 2 minutes to draw.

Sturm also delivered a relaxed, open exercise in morality and decision making… “If you were in a Walmart and found a quarter on the floor what would you do with it?” How about a $5 bill? What if you bought a microwave, went home, opened the microwave door and discovered it was packed with thousands of dollar bills? Keep the money, return it, give it away, ask for a bigger microwave? For Sturm, a good story continually raises the character’s stakes.

Ellen Forney, keynote speaker and author of the New York Times best seller graphic memoir Marbles: Mania, Depression, Michelangelo & Me, gave a witty, moving and rousing talk on her struggles with bipolar disorder. Forney sustained a grueling, trial and error search for the right medication. “Marbles,” exploring the connection between mental illness or mood disorders and creativity, prevails against the stigma of mental illness and is testament to her honesty and inner strength.

Forney says, “Personal stories told in comics allow a reading experience that is intimate in many ways – even just the fact that a comic is handwritten gives a sense of intimacy with the writer. A story told as a comic has the specificity of words, mood and personal style of the pictures, giving a holistic quality to the reading experience.”

The conference was fascinating to Forney who later said, “The main thing I was struck by at the conference [is that] comics have gotten increasing respect as a literary medium over the years, but I didn’t realize that so many academics, researchers, and doctors took comics seriously, too – as an applied medium. It was so validating to me as a creator of an educational, medical comic that entailed a lot of research!” Her considerable efforts didn’t go unnoticed by the conference audience of medical professionals, a group she has always wanted to reach out to. Forney received a standing ovation. 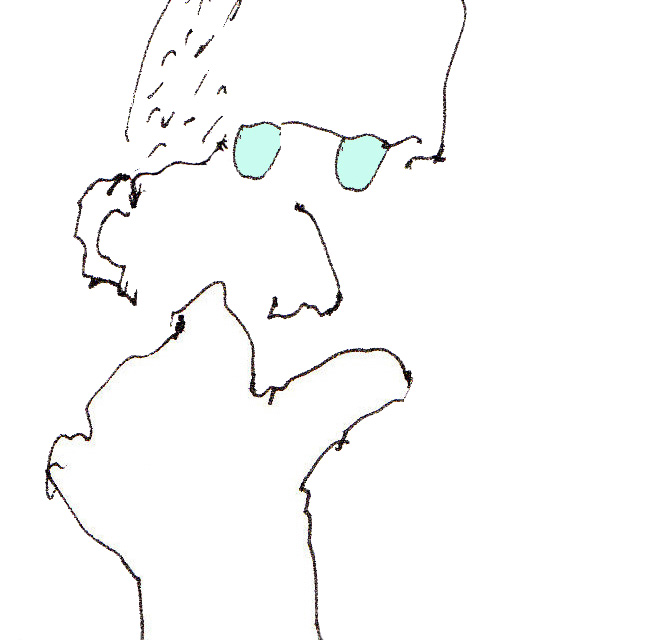 We sat around the crackling digital campfire exchanging words and pictures as the ancient art of storytelling came alive. Comics, sparking a new language of understanding between patients and physicians, are helping to restore the heart and human touch to medical care, especially important as we venture into exciting but often distancing new technologies.

“Get yer Hospital Action Comics here! Read all about it!”

Joseph G. Brin is an architect, fine artist and writer/graphic novelist based in Philadelphia, PA. He recently launched a program in graphic medicine with Dr. Peter Lloyd Jones at The Sidney Kimmel Medical College at Thomas Jefferson University.