This year’s ICFF showcased exceptional design from around the world—and these eleven lighting products truly shined. 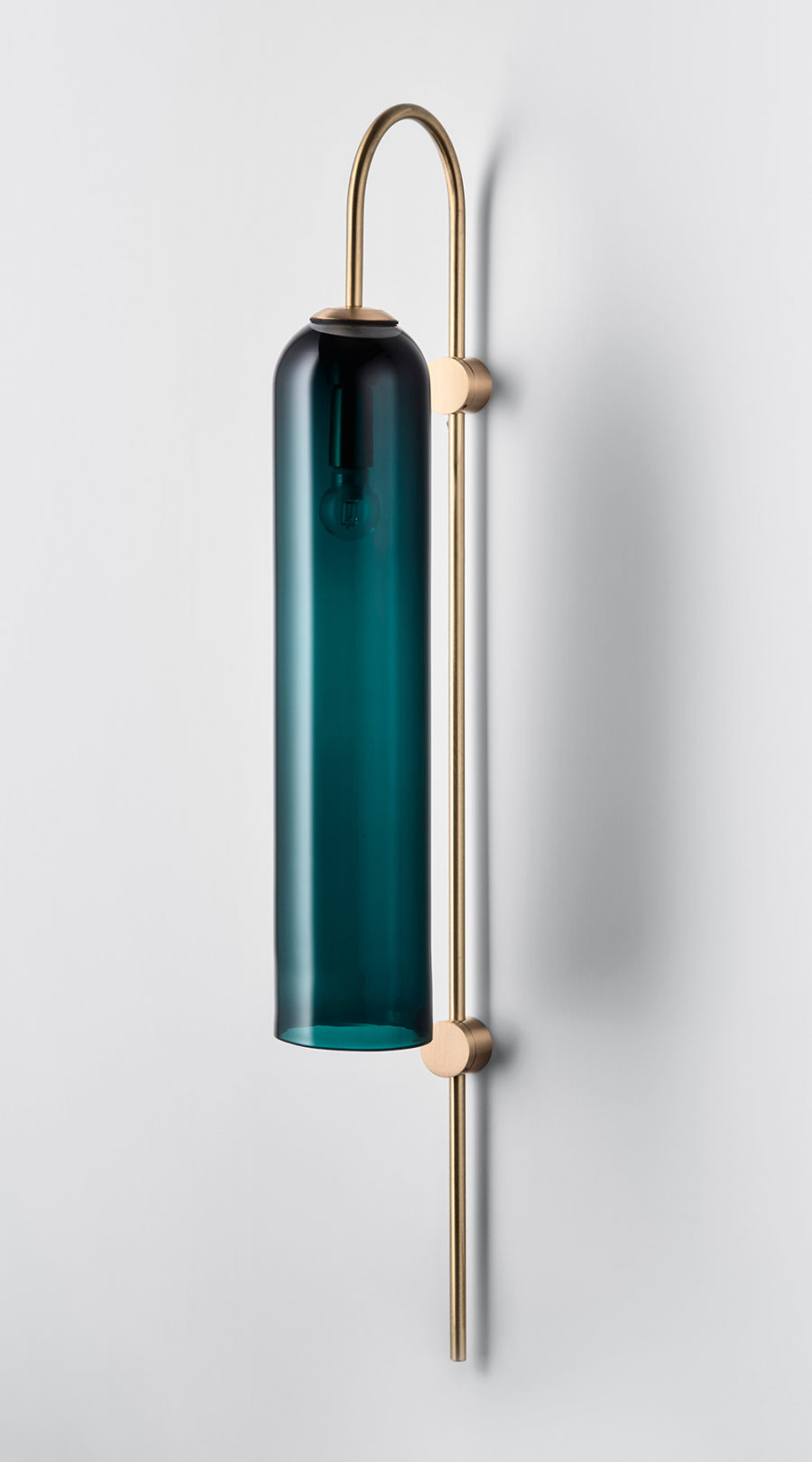 Articolo was the talk of the trade show this year. We particularly dug this elegant wall sconce, which casts a soft emerald shadow on surrounding walls. 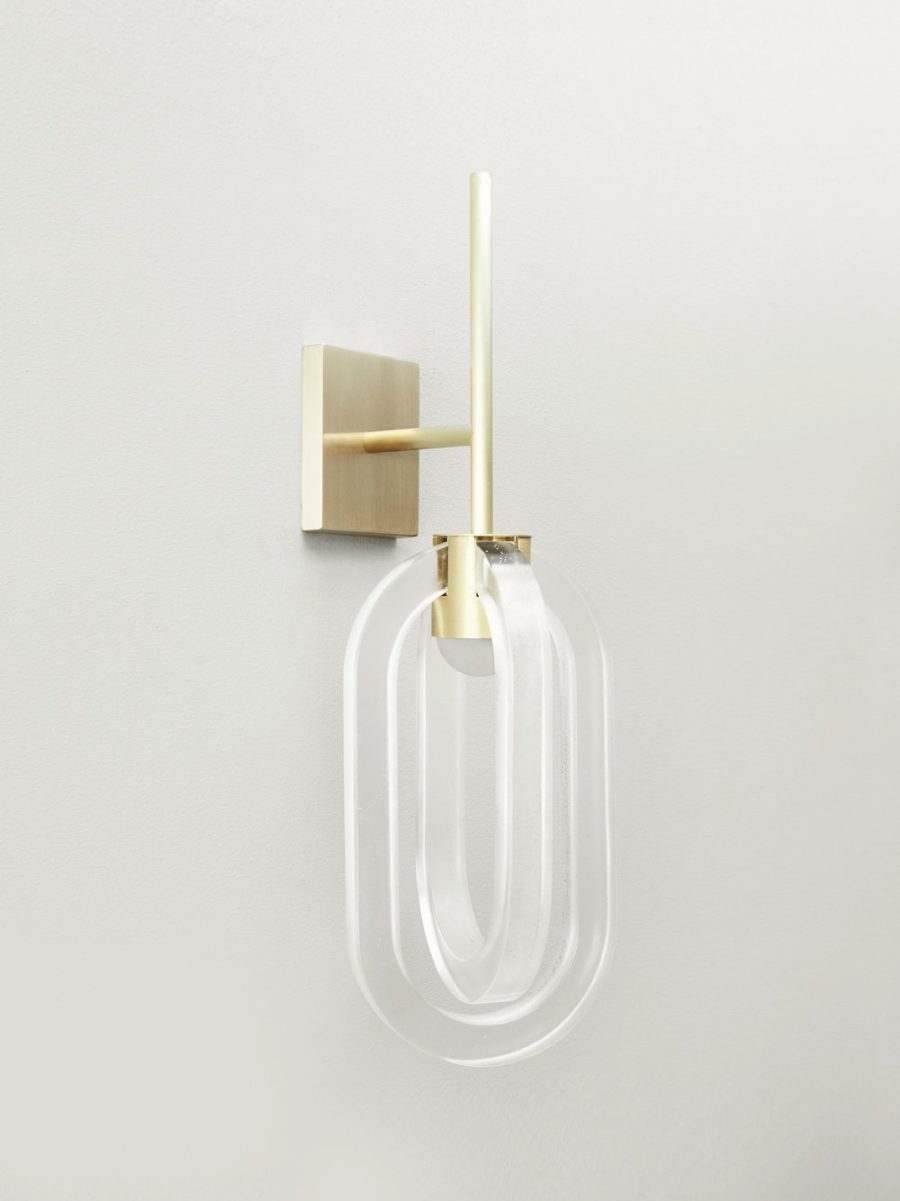 The young Brooklyn design outfit Coil + Drift had an impressive stand this year, with several new designs sharing a craftsy bent. The Cirrus Sconce is more ethereal—two cast-resin rings, one set within the other, are fixed to a brass light source. A chandelier version ups the number of rings to four. 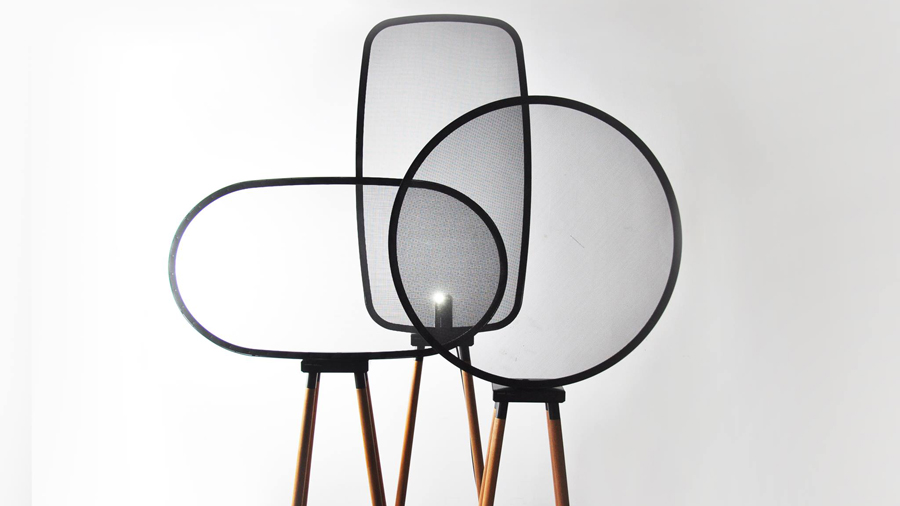 Camino’s Interlaced floor lamps, designed by ViiChen, use wire mesh to recreate a blurred image of the moon. 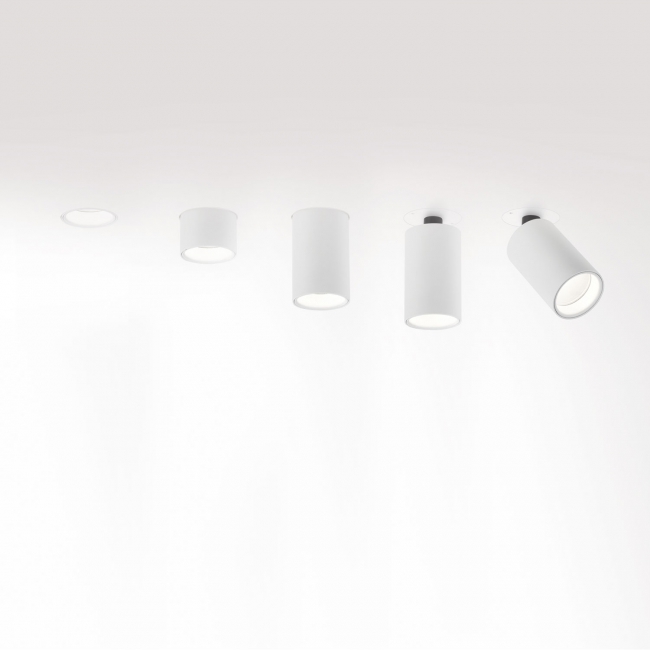 The Midispy Trimless ceiling light by Belgian firm Delta Light nabbed an ICFF editor’s award at this year’s fair. This LED option can be fully recessed or mounted, with the latter version allowing for a full 90-degree rotation to angle its beam.

It’s no secret we’re fans of British designer Ilse Crawford (read our profile of Crawford here), and we loved this collaboration with Kalmar Lighting, an Austrian company with a rich history of craftsmanship and design. 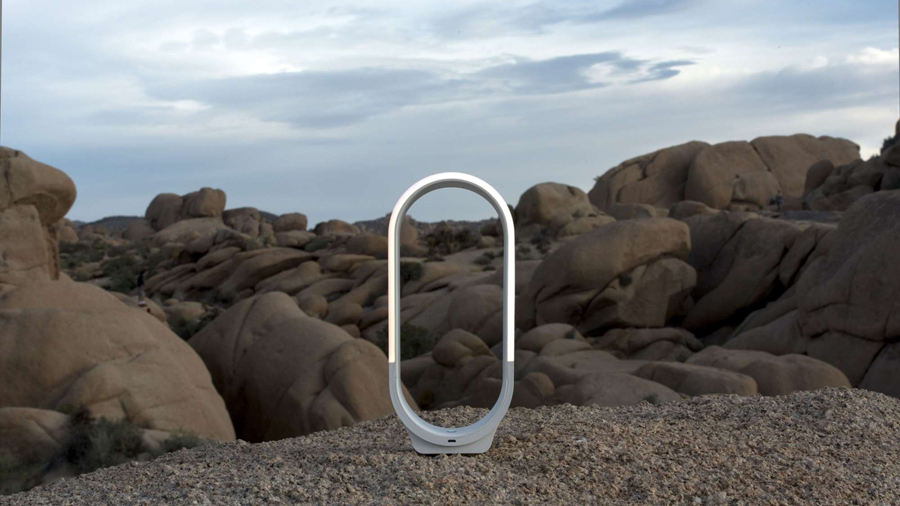 Koncept’s Mr. Go Lantern’s functionality and multi-tasking ability made it an ICFF standout. It’s perfect for a number of uses, including the outdoorsman who needs a portable lantern or the little one who needs a nightlight in their room. It’s small, portable, and its dimmer is an added bonus. 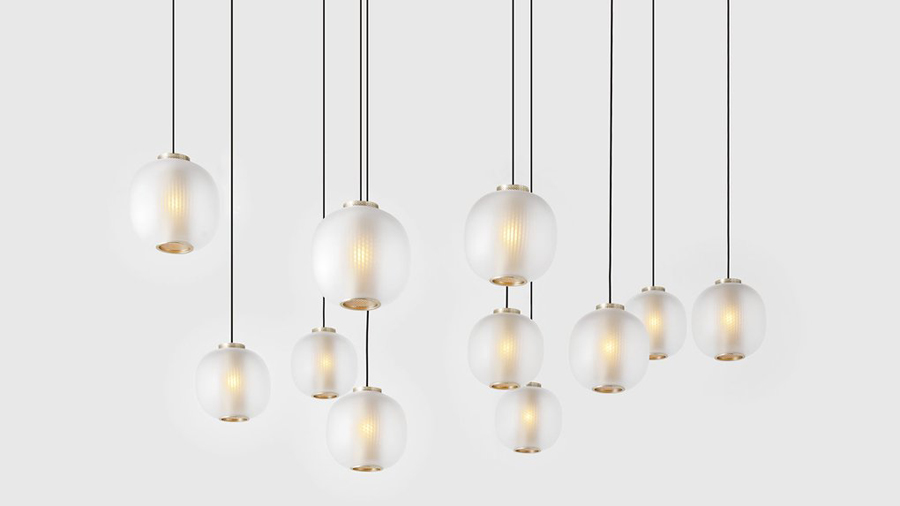 Secto Design has been known for its classic Scandinavian fixtures for some time, but this year they relaunched in the US with new colors and sizes that made us fall in love all over again. 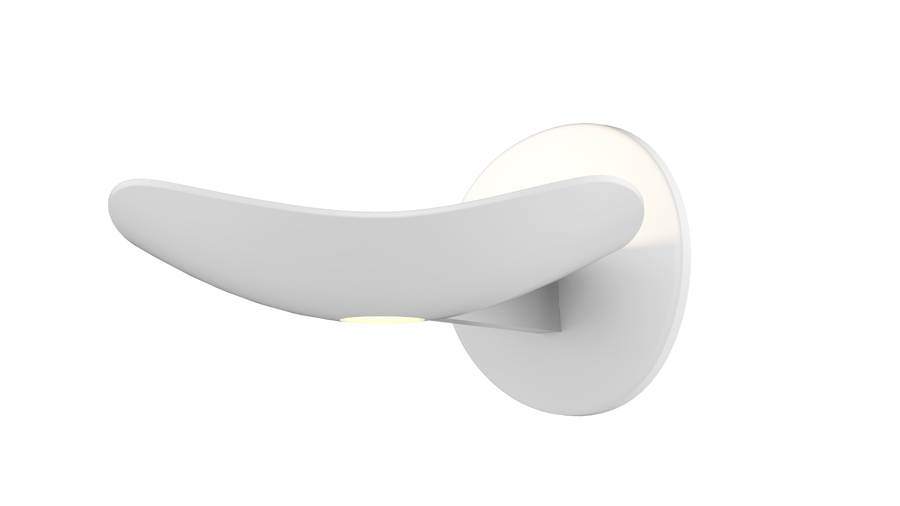 Of the several new lighting designs Sonneman showed this year, it’s the little Infinity LED sconce that charmed the most. The diecast LED uplight is a subtle thing, featuring a gentle curve that does a lot with very little. A second option even incorporates a downlight. 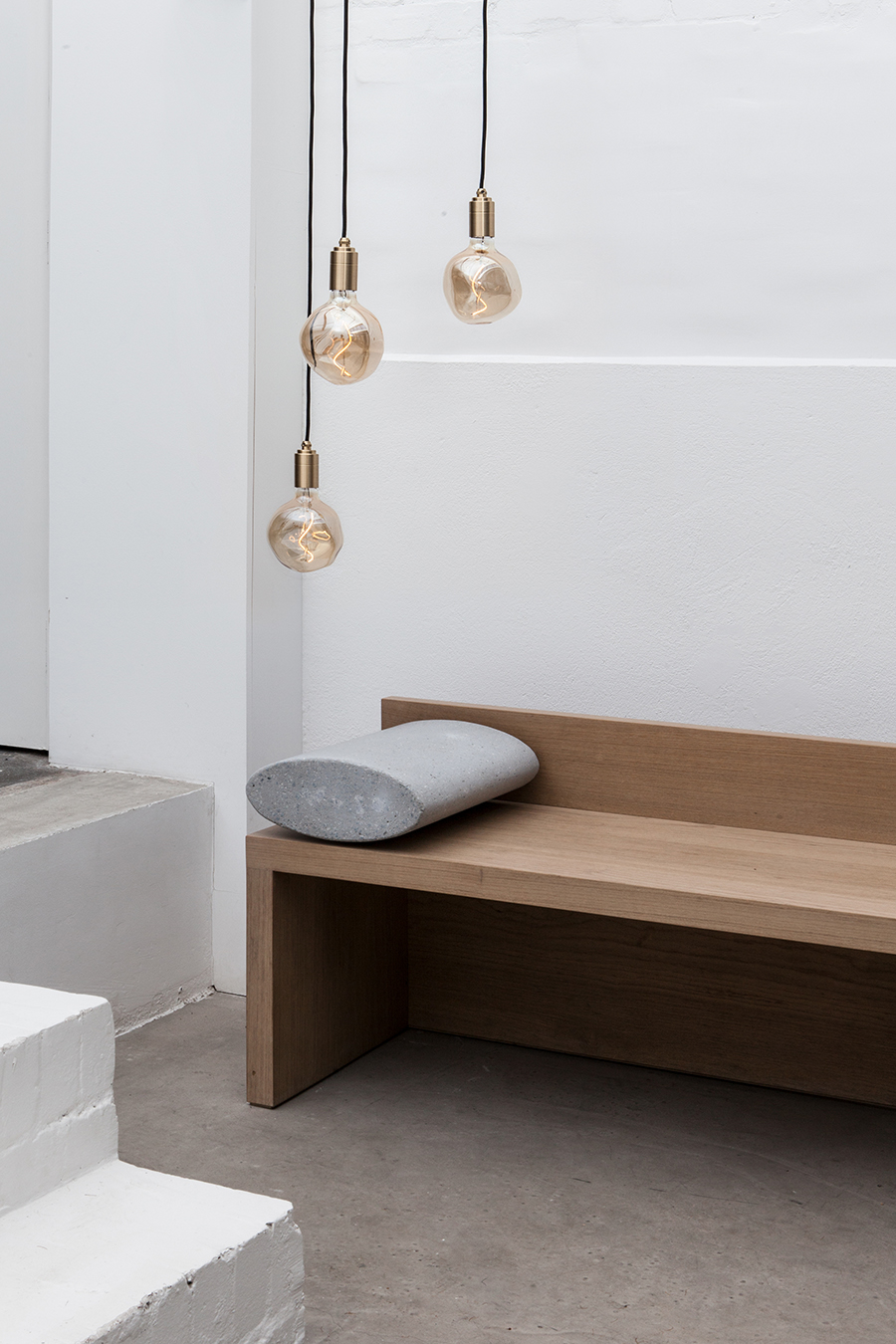 Sustainable lighting company Tala (who also impressed us at last year’s ICFF) attempted to recreate forms found in nature for their newest line of LED lights. This product, with its unusual uneven surface, draws inspiration from the patterns found in the forest canopy.

This small countertop lamp by Trueing—winners of the ICFF Editors’ Award for emerging designers and the designers of our very own #MetropolisLikes Award—creates a little bit of mystery through the use of a rotating piece of dichroic glass. Light from an LED embedded in the brass ring is reflected off the glass in the center.

If you liked this post, you’ll probably want to check out the best booths from ICFF 2017.