Kickstart the Spacemaker VR, a new virtual reality system that gives architects the chance to fully experience their designs.

Robert Miles Kemp is going to be one of 2014’s Innovators of the Year. Mark my words. If I worked for Autodesk, I’d be calling him up right about now—or at the very least trying to steal his secrets. And secrets they must be because Kemp’s little company, Digital Physical, has kept under the radar, housed away in some nondescript loft space in Los Angeles. What Mr. Kemp and his bearded acolytes have developed is something so simple, so obvious, and yet utterly revolutionary. It’s one of those inventions that all architects are soon going to realize they need—and clients will soon start to expect.

The “it” is Spacemaker VR, architecture’s first virtual reality system made for designers. Yes, you have to wear a VR headset, but you won’t care if you look like a dork because you (and your big clients) will be blown away by the fact that you’re looking, flying around a 3D model of a future-space – all while being firmly in the present.

To get this off the ground, Digital Physical recently launched a Kickstarter campaign. They have until December 14 to reach the campaign’s $100,000 goal.

Mr. Kemp, a graduate of SCI-Arc, has been dreaming of building this for over ten years. His thesis was on robotics and real-time design. “My original idea was to create a business with virtual reality spaces that designers could rent out by the hour with full walking VR,” he says. “One in every city.” But there were issues with cost and space.

“VR has come so far so fast in the last few years, however, that it opened up the possibility to do something affordable and amazing right now (you can get a headset and Spacemaker for under $500).” The first version of Spacemaker is portable and can be carried around in a backpack.

Spacemaker VR is compatible with many common file formats designers create with their existing design softwares (like the ones listed above) so designers can work with their own 3D files. It is intentionally simple to use and the current version enables “walking through” virtual 3D environments in order to give presentations and annotate design decisions. Future versions will allow for real-time manipulation of 3D objects in the environment, showcasing design options and real-time spatial design. “Many of these features work now but we want to keep the first product really simple,” says Kemp. 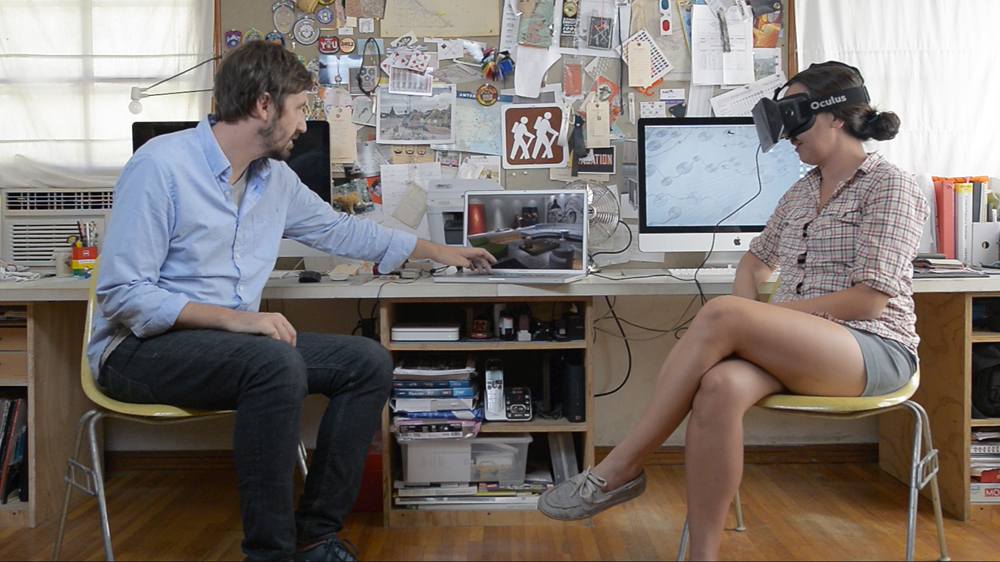 In architecture’s VR future architects, clients, and even contractors won’t be able to remember what it was like to not have this system. Being able to navigate within a 3D model in VR is perhaps as big a leap for architectural visualization as the jump from 2D CAD to BIM.

“No one is focusing on content creation or making it possible for designers to create their own VR content,” says Kemp. “I want to make it possible for anyone to create and experience the spaces they are dreaming up in their mind.”

This article, by Guy Horton, originally appeared on ArchDaily as “The Indicator: Kickstarting Architecture’s Virtual Future.”