Design for a Good Nap

Is the humble nap slowly gaining legitimacy in American society?

Is the humble nap slowly gaining legitimacy in American society? Scientific evidence is mounting that taking a midday snooze has a host of beneficial health effects. Some enlightened companies are actually encouraging workers to slip a power nap into their workdays. And last week, the Boston Globe published an amusing guide to the perfect nap, with a handy timeline of sleep stages. Now, if only designers would get in on the action.

I am being somewhat facetious; thankfully, it doesn’t take any special equipment to fall asleep. Yet office designers could do us all a favor and jettison cubicles in favor of private work spaces with doors and decent blinds. Task chairs could recline for optimal napping efficiency: according to the Globe, it takes 50 percent longer to fall asleep sitting upright. Better yet, nap rooms could become a commonplace feature of the twenty-first-century workplace. (Although I’m not sold on the sinister-looking pods adopted by Google.)

Wishful thinking? Yes, probably. So until napping become a mainstream priority, here are a few well-designed products that seem tailor-made for an afternoon siesta.

With its high back and sides, the Bouroullec brothers’ sofa for Vitra is like a bunker for covert nappers.

Plus Minus Zero Alarm Clocks A good compact alarm clock is a napping necessity, and these models for Plus Minus Zero are among the handsomest around. Sadly, they’re only available in Japan. An $18 Casio is a decent substitute. 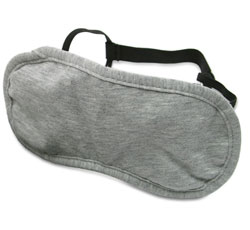 Sure, you could go for leopard print or even design your own, but remember that you’re trying to get to sleep: simplicity is an asset, and no one does simplicity better than Muji. (You can also buy it at the MoMA Store.) 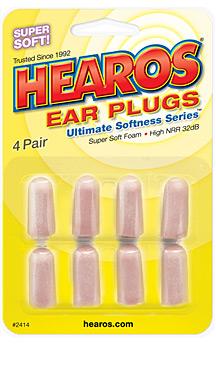 Slate picked Hearos as the best earplugs on the market. The company also makes a Pretty in Pink version for women. (I know, weird.)

A Nice Cup of Espresso 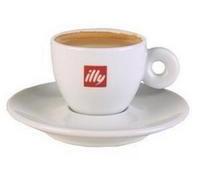 This one is counterintuitive, but the Globe suggests drinking coffee before a 20-minute nap. The caffeine takes 20 to 30 minutes to kick in, so you’ll start feeling alert just as you wake up. This classic Illy espresso cup was designed by Matteo Thun.