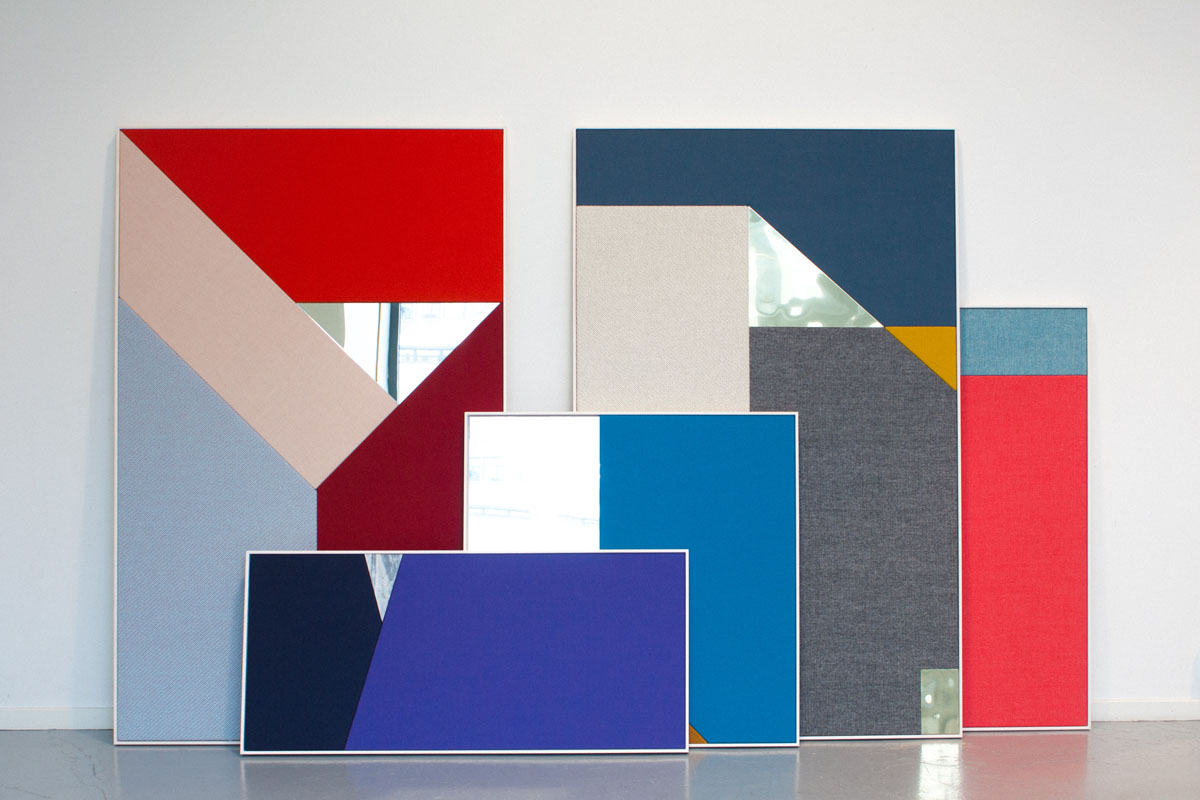 In 2014, Norwegian textile company Gudbrandsdalens Uldvarefabrik (GU) approached the young design firm StokkeAustad to design its booth for the 2015 Stockholm Furniture Fair. “This was really amazing,” says Jonas ravlo Stokke, who founded the firm with Øystein Austad in 2007. “GU is one of the few remaining vertical textile mills in Europe. It’s also one of the oldest factories in Norway. As we started working on it, we decided to show the textiles in a new setting. We wanted to show that GU is a flexible mill and can do a lot of custom pieces.”

The decision to create acoustic panels, which could do double duty as an architectural element in the booth and a new product release, was a risk—neither the company nor the designers had worked in that realm before. “Traditionally if you’re looking at stands of textile manufacturers, they have new curtains hanging, which you can go up and touch,” says Stokke, so the innovation was a smart move. Here, Stokke took some time to describe the evolution of the Patch series, which went through “more than one hundred, but less than a thousand” iterations. It will be on view this month in Calm, Cool, and Collected—New Design from Norway at New York’s Wanteddesign. 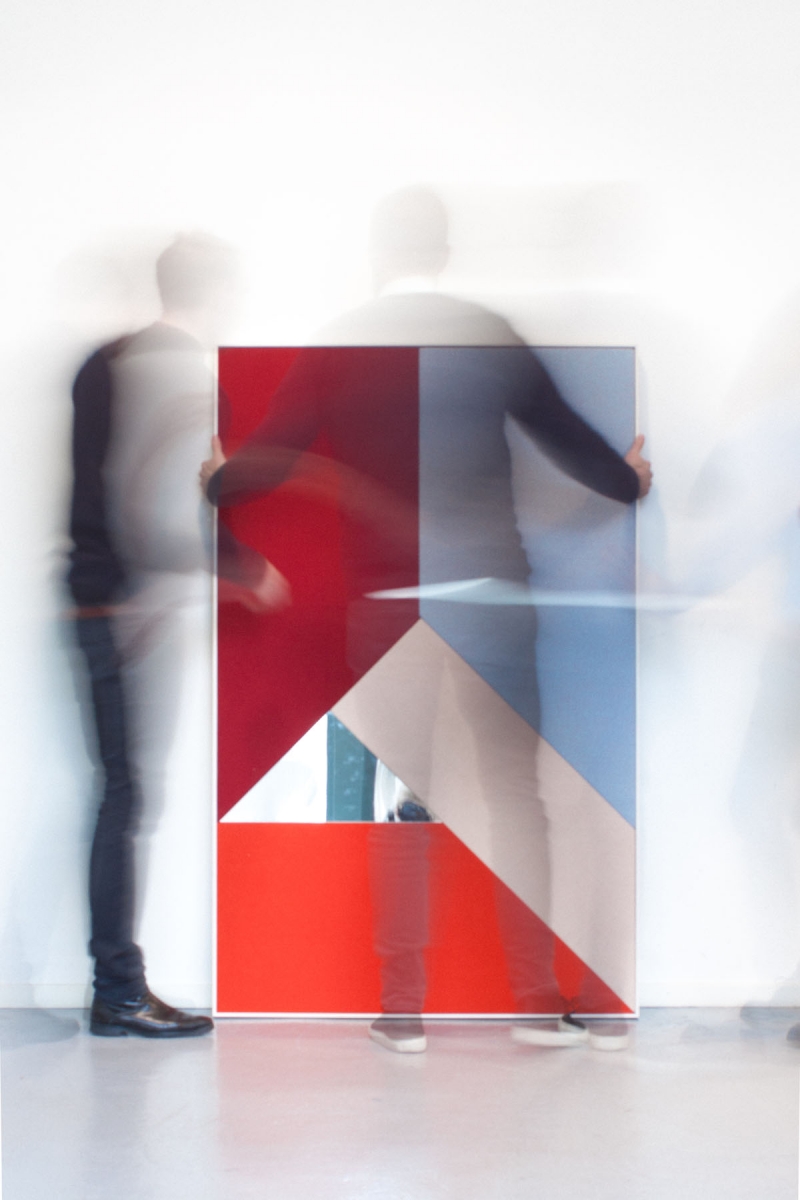 “If you’re designing an acoustic panel, a natural thing to do is to start looking at performance—the more sound absorbance you have, the better it’s going to be. But we sacrificed some of that in adding other elements such as brass and mirrors, which don’t have any acoustic qualities. We wanted to use them because we find the contrast really interesting.

“We wanted to show that these products coming from GU are kind of like a work of art, so we put them in frames. We thought of using aluminum instead of wood. From a production point of view, aluminum has some qualities that might have been useful, but we decided that using wood and staining it white gave it more of a tactile feeling with the textiles and the panels.” 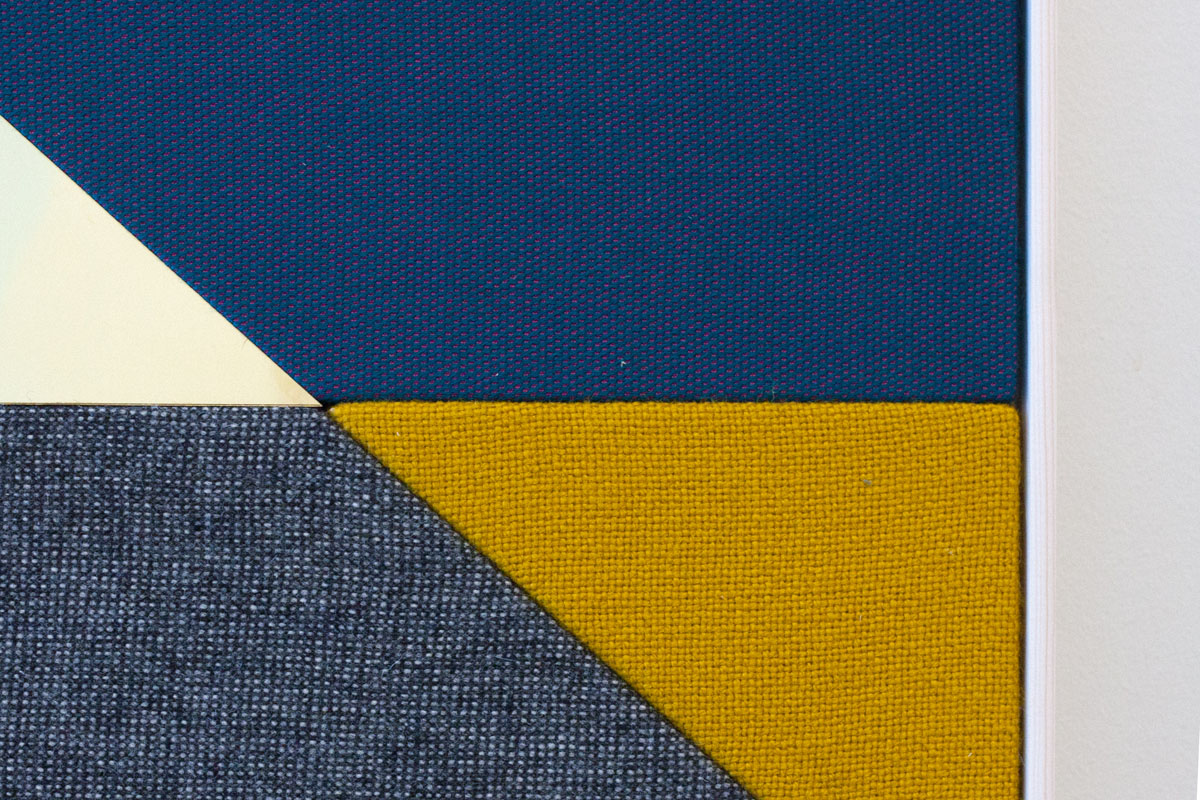 “We were inspired by the journey from Oslo to Lillehammer, where the manufacturer is based. We traveled by train and went through this rolling landscape where Norway’s biggest lake is. That was the starting point for the pattern, and then we tried a lot of different ones around this theme.

“For the panels themselves, we worked a lot with pattern. We started out with more subtle differences between the colors and different textiles. As we started working with them, we found that the bigger the contrast, the better.”