Not enough has been made of Frank Lloyd Wright’s artful home furnishings and designs. New Wright-inspired lines may just change all that.

The box landed on her desk, overnight delivery from Taliesin West. It was summer of 2014, and Dee Schlotter remembers opening the package gingerly.

The Frank Lloyd Wright Foundation had sent Schlotter, a marketing manager at PPG Paints, “the original 1955 palette for Taliesin.” As she recalls, “it was their only palette, and I was so nervous to have that in my possession.”

Schlotter peeled back layers of tissue paper and was amazed by what she found: a solid slice of card stock with color swatches that Wright had arranged and attached himself. With the PPG’s color stylists, she diligently worked to match every hue. Today, the company offers two full Frank Lloyd Wright paint collections: one inspired by the hues of Fallingwater and the other, an exact representation of the Taliesin West palette. Both are in high demand.

PPG is one of 46 companies around the world that currently hold licenses to develop products using Frank Lloyd Wright’s intellectual property. Some, like Cassina, are recognizable names, with an enviable archive of canonical designs. Others are small, and a few, such as Ala Moderna, work nearly exclusively with Wright products.

David Oates, the foundation’s director of licensing and retail, says that the program has a mission far beyond revenue generation. “It’s a way to extend his thinking,” says Oates. “We feel he’s now more relevant than ever before.” In other words, an apostolic succession of ideas—but with lawyers.

Companies interested in using a Wright design, either to reproduce a product or to develop a new one, must enter into a contractual relationship with the foundation. Creative directors will often first fly to Taliesin West to choose specific ideas from more than 100,000 pieces of intellectual property in the archive—photographs, letters, sketches, paintings, models, books, films. “The hardest thing is deciding where to dive in,” says Oates. “Sometimes when you talk with project developers, it’s hard to get them to get out of the pool!”

But choose they do, and for hard and soft goods companies, the foundation offers a license to utilize specific concepts, usually for a period of three years. The foundation’s licensing team reviews pencil-drawings of proposed new products, final art or mechanical drawings, and—right before a licensee goes into mass production—a pre-production model. That way, says Oates, the foundation can ensure that the products are up to standards Wright no doubt would have required himself.

Wright was actually the first person to license his intellectual property to manufacturers. Dara Caponigro, creative director at the fabric, trim, and wallpaper company Schumacher, says their original collection of Wright textiles appeared in 1955, after the architect was prompted by the editor of House Beautiful to turn his hand to domestic designs. After a quite successful run, the company launched another Wright-inspired fabric line in the 1980s, but the patterns were shelved for decades afterward. When Caponigro joined Schumacher three and a half years ago, she came across the fabrics in the archives and saw the potential for a reissue. “‘Modern’ in print doesn’t always work, but these really fill a void because they feel like art,” she notes. Her hunch paid off, adding that “the response has been amazing. Our fabric samples are completely depleted, it’s just been incredible. We remaking them now because the original batch is almost gone.”

Some of the licensees are working with materials and technologies Wright could only have dreamed of. Swedish design company Offecct, which specializes in sustainable furniture, licensed patterns from Wright’s original tile work at his famous Ennis House (1924) in Los Angeles. The new line of acoustic panels are made using 100 percent recyclable PET, a type of molded polyester fiber that hungrily absorbs sound. The company, says design manager Anders Englund, wanted to prove that “some old dreams can be treated with respect and brought to life again.”

Furniture designer Patricia Urquiola, art director at Cassina, is also determined to extend the life—and reach—of legacy Wright designs. Years ago, Urquiola took a road trip across the United States and stopped in at Taliesin Spring Green. She was especially moved by Wright’s “obsession for a project, like when he changed the chickens and cows in Taliesin because they weren’t the right color.”

Cassina now licenses a variety of Wright’s furniture concepts. Reviewing the designs for the anniversary year, Urquiola was so drawn to the funky Origami chairs Wright had placed in the living room at Taliesin West that she included an exact reproduction in Cassina’s forthcoming I Maestri collection, debuting in early 2018. She believes, much like Oates, that Wright’s ideas have staying power: “He had the ability to read the present and at the same time project towards the future, a future that is not yet, even today, fully reached.” 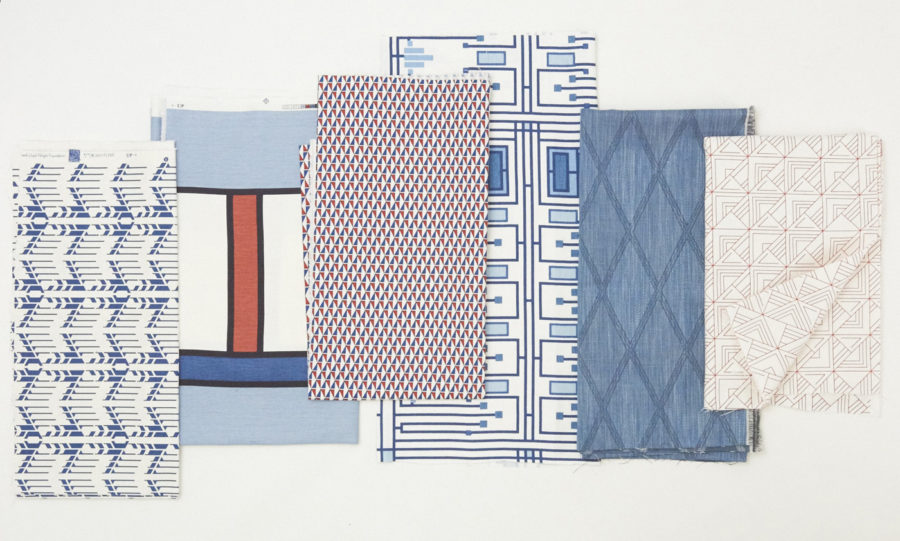 “When you see modern rooms, it’s rare to see pattern in them,” says Schumacher creative director Dara Caponigro. The company was one of the very first to license Frank Lloyd Wright’s patterns for textiles. There are 50 products—upholstery fabrics, sheers, and trims—within the Wright collection, including reissues of original prints and new ones based on the architect’s drawings. 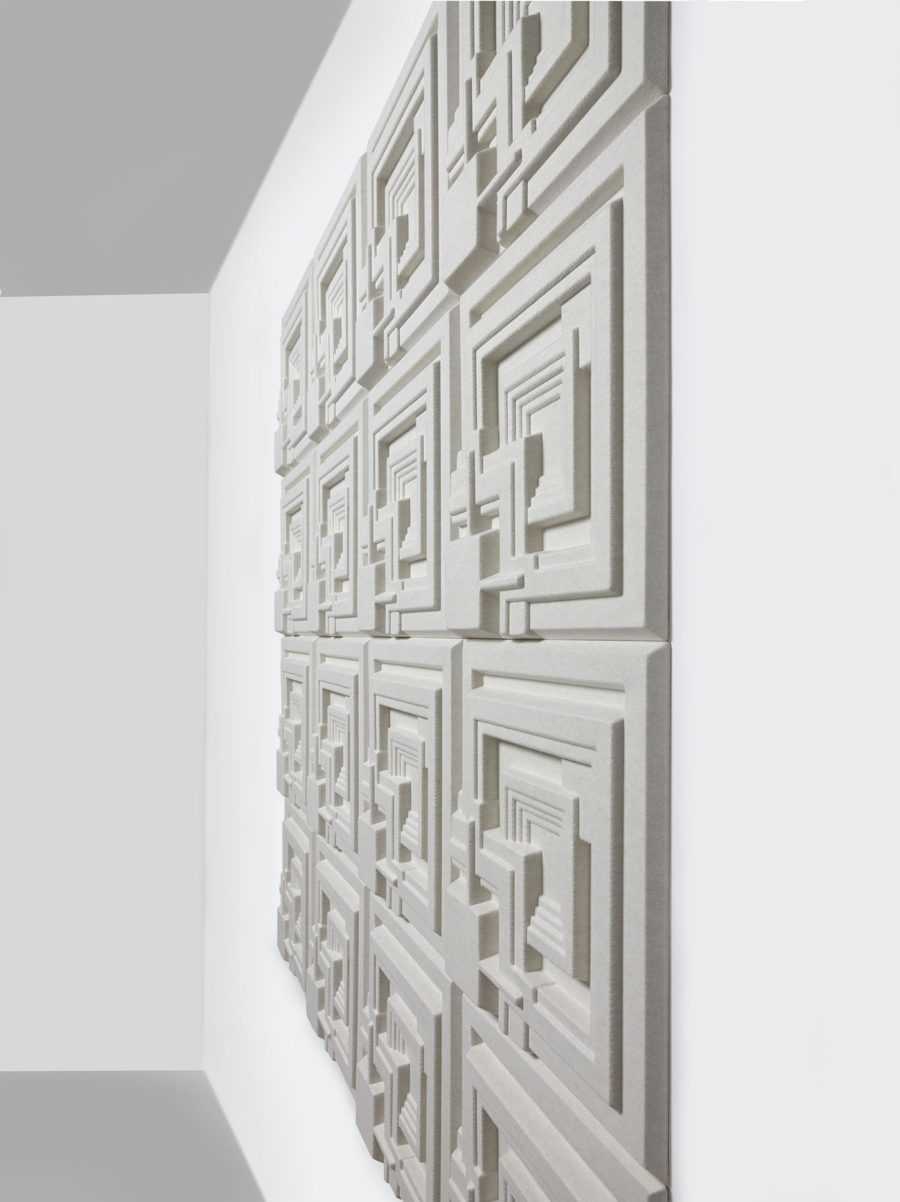 Swedish design company Offecct has reinterpreted the concrete blocks at Wright’s famous Ennis House in L.A. for the home interior. “You have to respect the original work. I think if Frank were living today, he’d be happy,” says Anders Englund, design manager at Offecct. 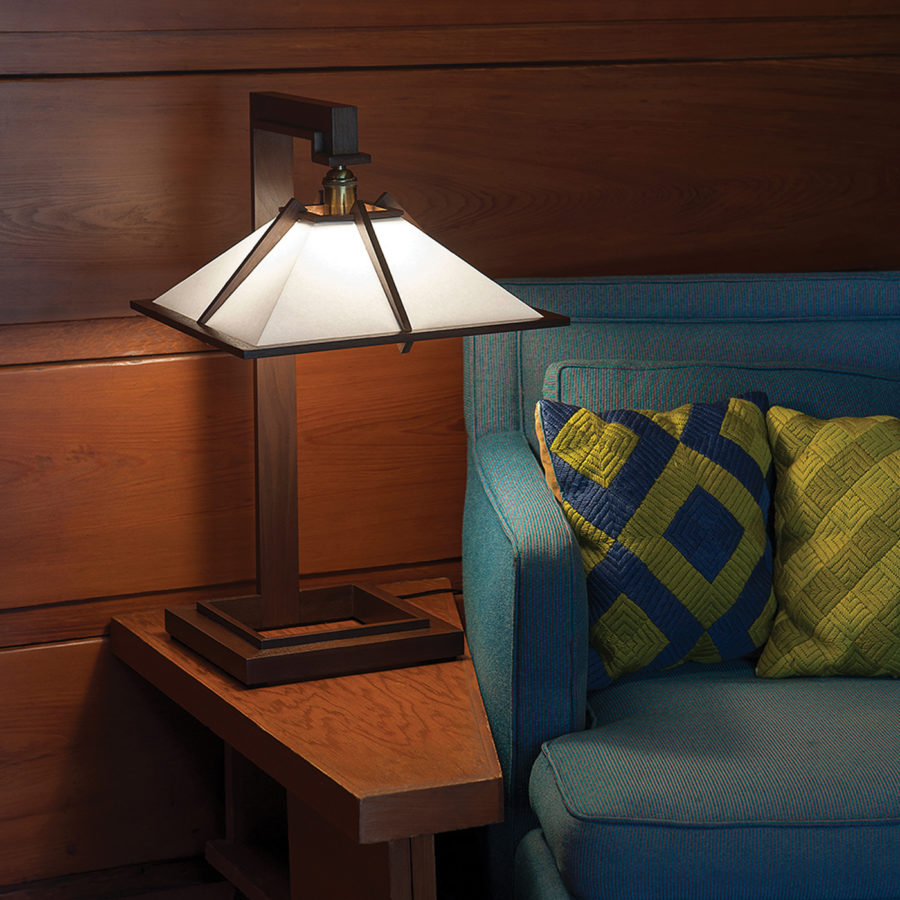 Located within spitting distance of Wright’s 1940 Rosenbaum House, Alabama crafts company AlaModerna produces a suite of the architect’s lamp designs. It donates a portion of sales to the Frank Lloyd Wright Foundation’s conservation and education programs. 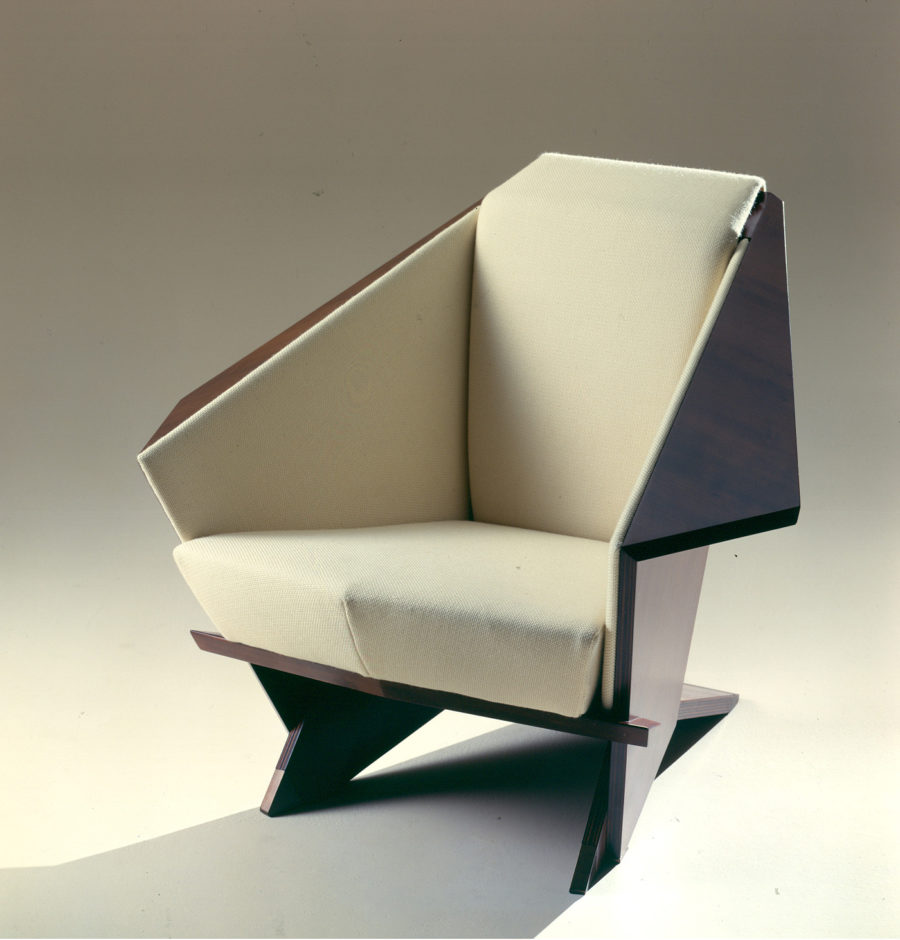 Visitors to Taliesin West will have come across these unique chairs. Cassina art director Patricia Urquiola was so taken with them that she has included it in the forthcoming I Maestri furniture collection.

If you enjoyed this article, you may want to learn about Frank Lloyd Wright’s designs in Buffalo, New York.