In Vibia’s New MUSA Light, The Technology Is Disguised in Design

Warm, elegant, and delicate all sum up the new MUSA light by Vibia. Designed by Kristoffer Fagerström and Charlotte Ackemar of Note Design Studio, the lamp is a break from tradition. “When you design a lamp you have basic components like the electrical cord and light source,” says Fagerström. For LEDs, a metal dissipater is one of these necessary parts, helping to keep the light cool, but it can be unsightly. Instead, Fagerstrom and Ackerman expertly hid MUSA’s casted aluminum dissipator in plain sight by placing it behind its glass shade.

“If you look underneath most lampshades you will find a white reflector, which gives quite a strong and harsh reflection,” Fagerström explains. The duo also tinted MUSA’s glass shade, which wicks away heat from the light source, in earthy tones of cream, sand, and mink. “We rarely use white in any of our projects,” says Ackemar. “Both the color and the tiny LED spread light in a really soft way.” The collection will be available in sconce, table, and floor options later this year.

“We’ve been talking to Vibia for a year or two about collaborating. The company saw our work at a curated exhibition in Sweden. Based on that, they gave us a creative brief where they wanted to create a light that was poetic of the Vibia of tomorrow. It was really important not to do a classic light or lamp. We actually pitched five different ideas.”

“When we were doing this light series, we worked with different types of prototyping on paper but also did a lot of tests in 3D printing. There was no one telling us ‘You should work with this and you can’t make this part this size.’ There were no restrictions at all, which allowed us to find an important shape and functional device.”

“We then started adding the most technical things. The dissipater is part of the lamp that cools the LED source so it actually gives it a longer life span. Usually this is something you add to a lamp that can be quite ugly. A lamp should be beautiful, but it has to be functional. Lighting can be quite technical, and Vibia is trying to disguise the technology. This resulted in us working with a glass shade to give a softer texture. In this project, the LED source is so small and the screen, or the shade, of the lamp is the dissipater. The whole shade is the dissipator incorporated in the design.” 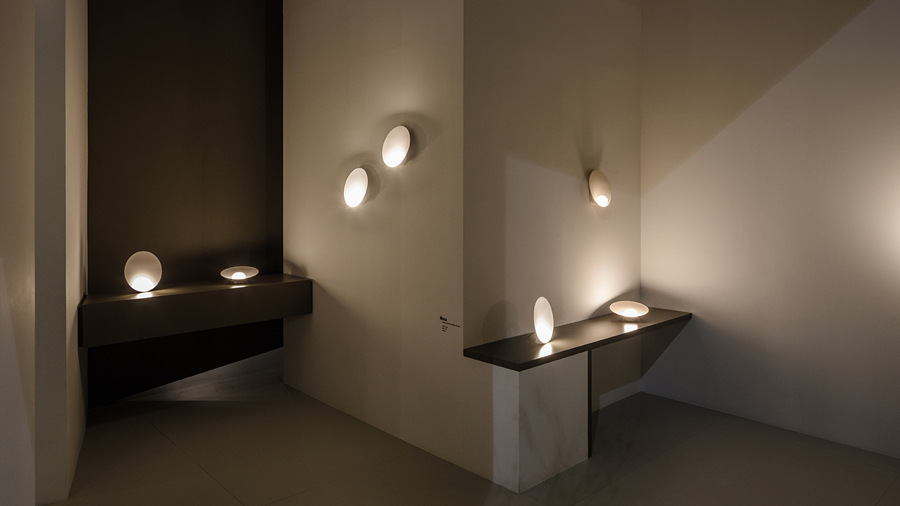 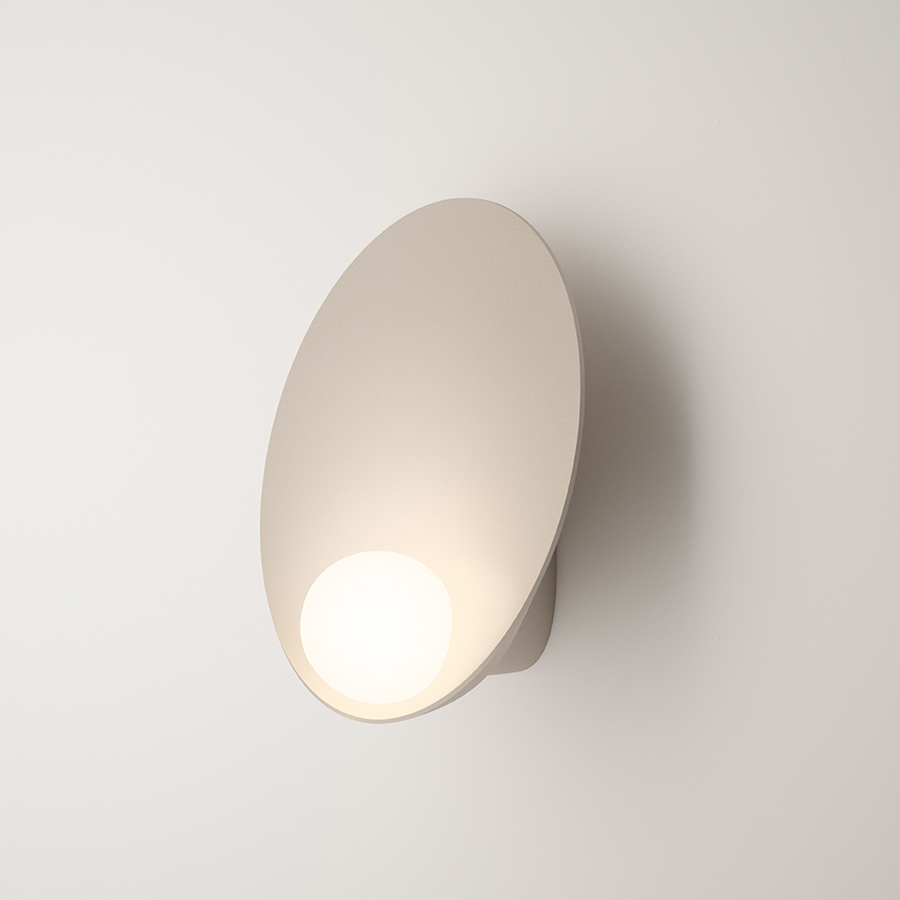