The founder of Portland’s ADX on sharing, hard work, and the next generation of makers

The entrance to ADX, a large makerspace and Portland landmark

This is the fourth post in a blog series devoted to design culture in Portland. See the previous posts here.

“I’d like to see an ADX in every city” says Kelley Roy, the founder, owner, and director of the 14,000-square-foot shared makerspace-cum-community center in Portland’s Eastside Industrial District. “But I don’t want to leave Portland,” she concedes, with a laugh.

And why would she? In the three-and-a-half years since founding ADX, Roy has seen more than 75,000 members and visitors come through the facility. In that time, she has helped launch more than 200 local businesses, an achievement which has cemented her as a leading proponent for artisanal manufacturing in Portland.

Roy joins me at the coffee bar tucked away inside the ADX complex. Around us, wood sanders, metal grinders, a bandsaw, and a CNC router are all being operated at once. Woodworkers walk by carrying plywood sheets. Electronics enthusiasts work with their heads buried in piles of sensors and micro controller boards. At the opposite corner of the space, a welding class is getting underway.

Nearby, a shop member working on a motorcycle revs the engine to test it, drowning out our conversation. “That happens around here,” Roy laughs. 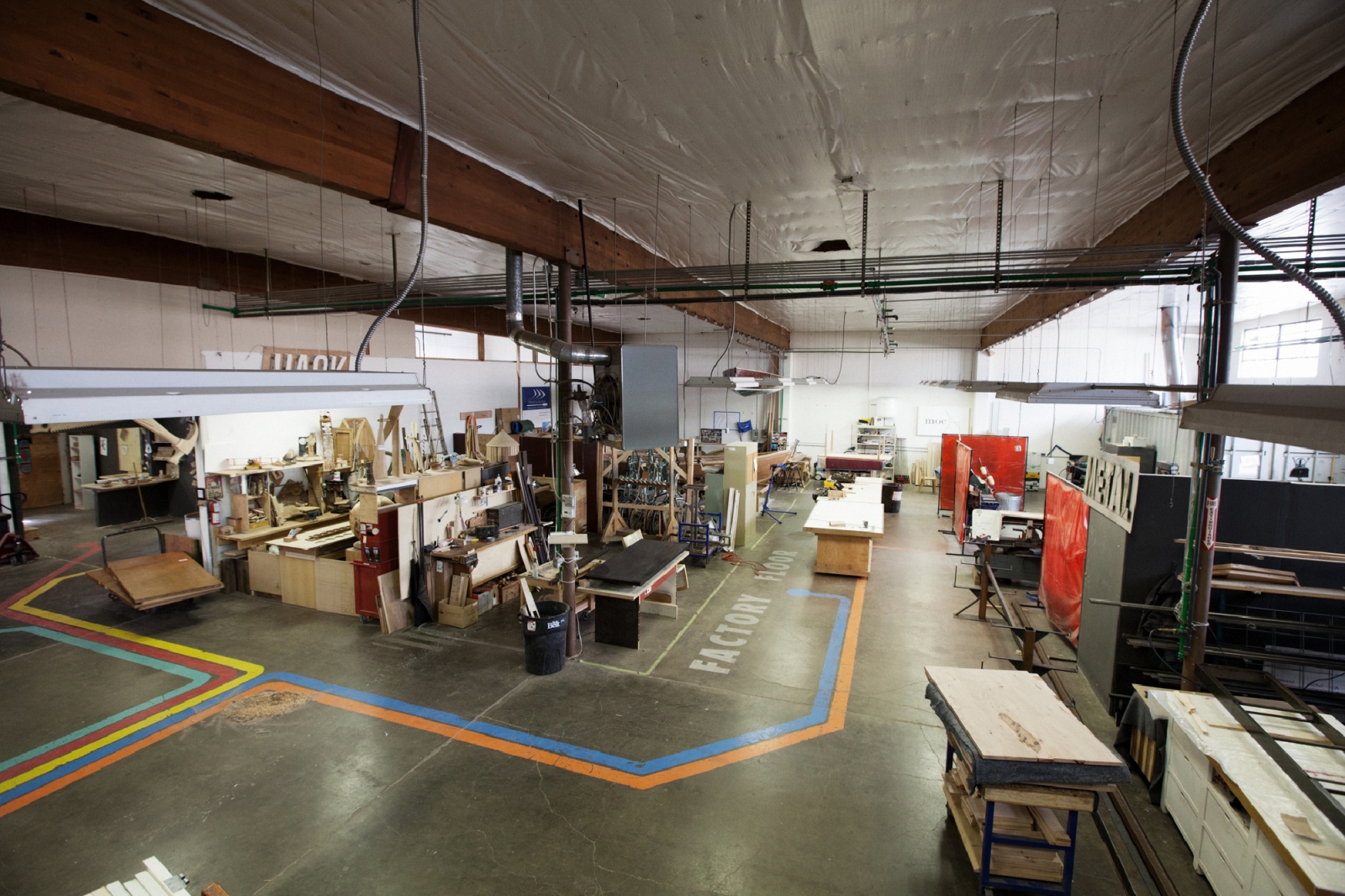 The 14,000-square-foot facility houses all of the shareable tools. “This is a space where people come and learn how to share things, how to co-exist. You’re caring for things that you don’t own, or rather, that you own jointly,” Roy says. “It’s a good place to learn how to be a good human being—a compassionate, open, thoughtful person.”

“The culture of making would exist whether we were here or not,” says Roy, “but sometimes it just takes the intention and structure around it to bring it all together.” She goes on to make an important distinction—she isn’t a designer, she insists, but a businesswoman.

Like other makerspaces, ADX is a pay-for-access model. For a fee, members gain access to the premises, the tools, and experts. By pooling resources, better and larger equipment can be acquired for members. It’s like having a gym membership, but instead of fitness equipment it’s shareable tools and manufacturing machines; instead of personal trainers, experienced craftspeople are on staff to help advise.

Many people need access to the tools, which might otherwise be priced beyond their reach. Others simply require space to work—boat-builders, for instance. And some members just seek the motivation of being in an activated space surrounded by like-minded people. 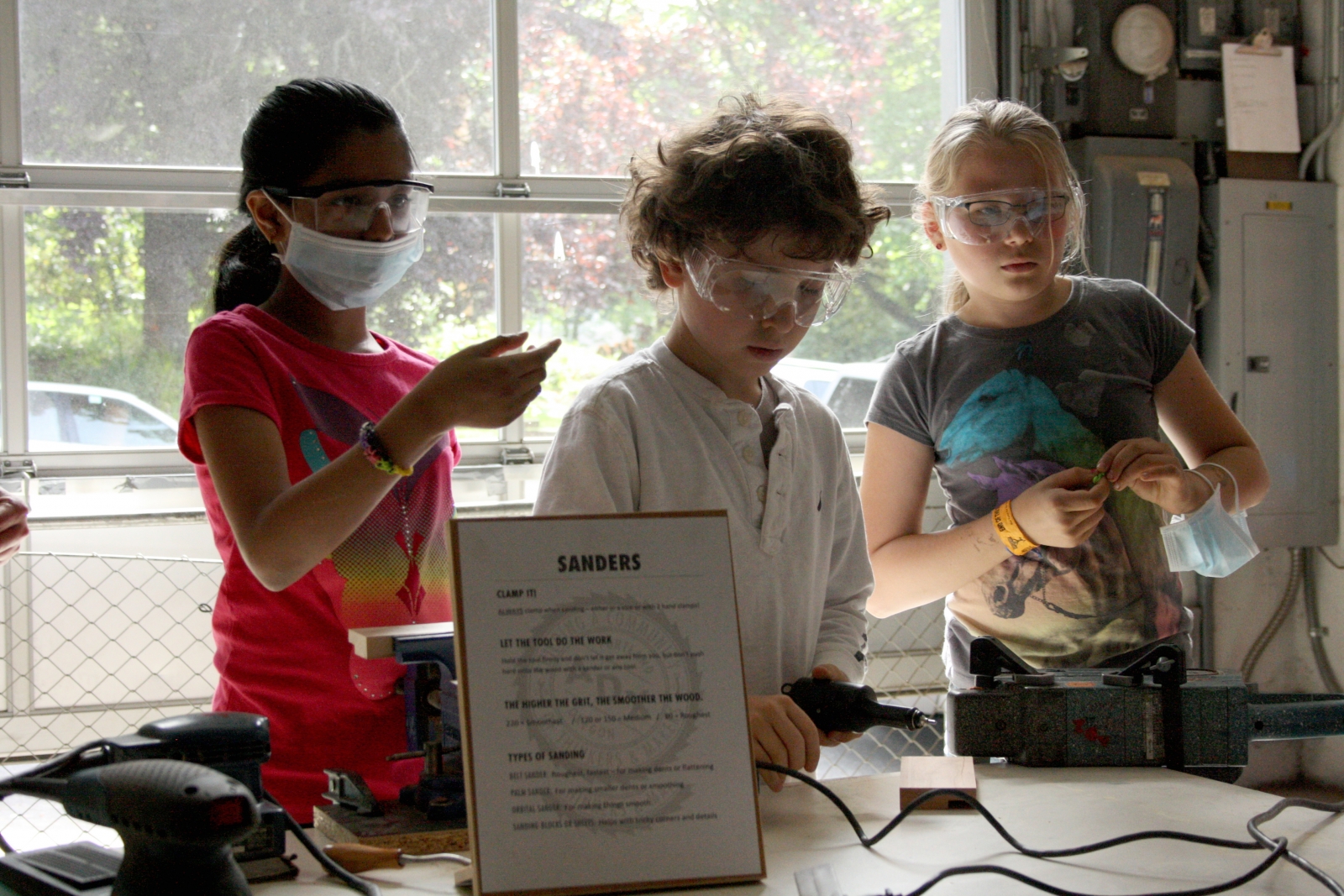 “We had a hundred fifth graders in here building a circuit wall,” Roy says of the opportunities ADX has opened up for the local community. “They’re learning circuitry and electronics and the newer technology as well as woodworking and the more traditional crafts so. It will make Portland better.”

It’s Roy’s job and that of her staff to keep it all running smoothly. “It was putting in 90 hour weeks for the first couple of years, and every so often I still do that if we’re going through growth pains or staff transitions.” she says. “You know, Portlandia has really defined Portlanders as slackers, but everyone I know here works their tail off.”

When she speaks of her community of makers, there are notes of a watchful den mother protecting her pack. “They’re so passionate and they geek out on what they’re really interested in. They take huge risks and quit their jobs to do the things that they love and try to make a living off of it. That’s really ballsy. And I love Portland for that.” 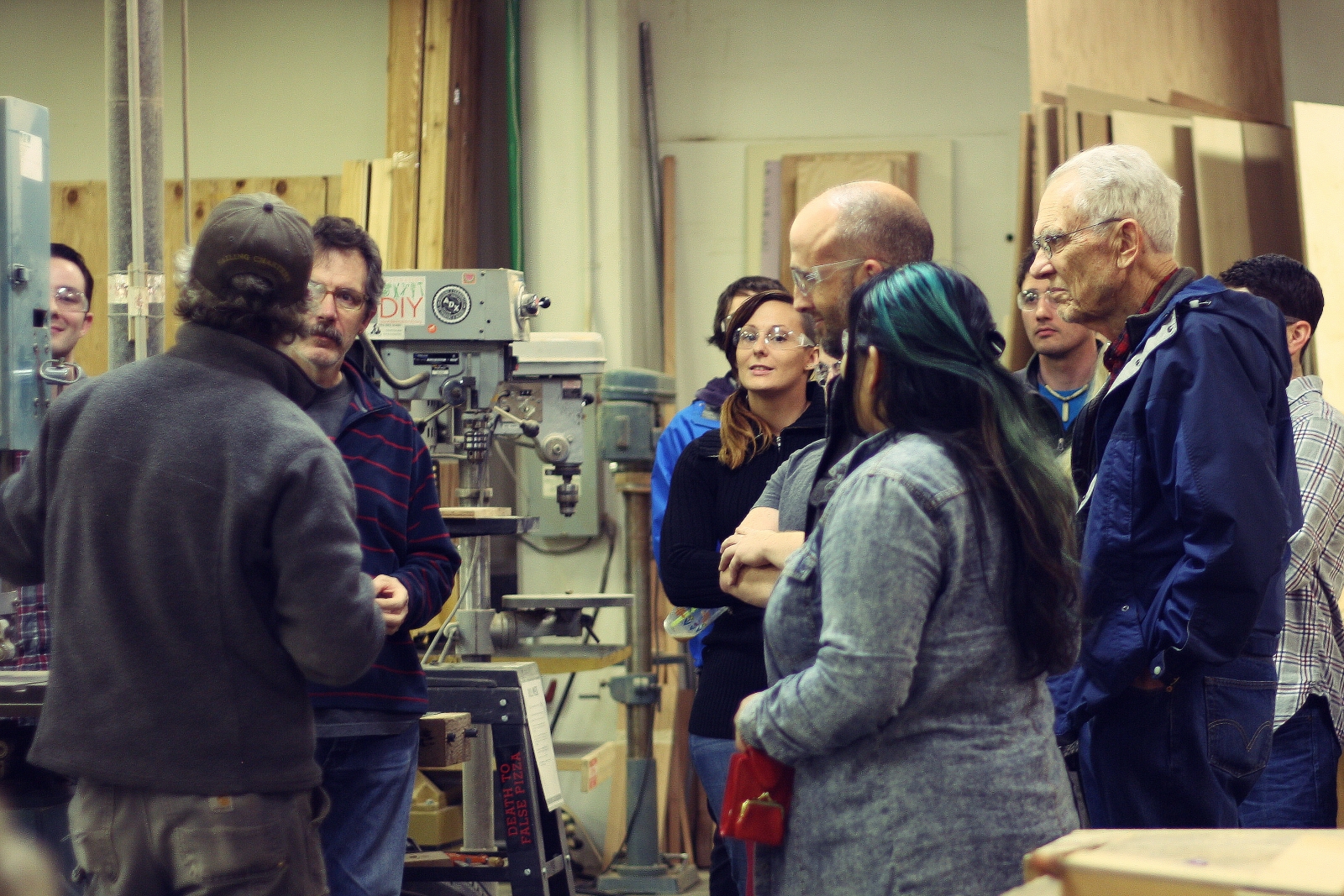 The recurrent theme throughout her work of building ADX is her belief that a empowering a strong community of makers is truly improving the fabric of the city. So far, that has proven to be both good for the community and good for business.

From Roy’s perspective, the culture of making has brought back manufacturing to the city—what she thinks is a real alternative to the allure of tech jobs. She sees it as having the power to restore middle-wage jobs. The restoration of those jobs can rebuild—and save—the middle class.

To pursue that vision of economic development, Roy is looking to the future makers of Portland. “We work hard, we make a living, we enjoy our lives, and we support each other. I just really feel that that’s what a good economy looks like. That could sound kind of hokey but I think it’s real.”