Drawing with Lines of Light: Bec Brittain Comes of Age

A love affair with metal provided the inspiration for the lighting designer’s solo career. 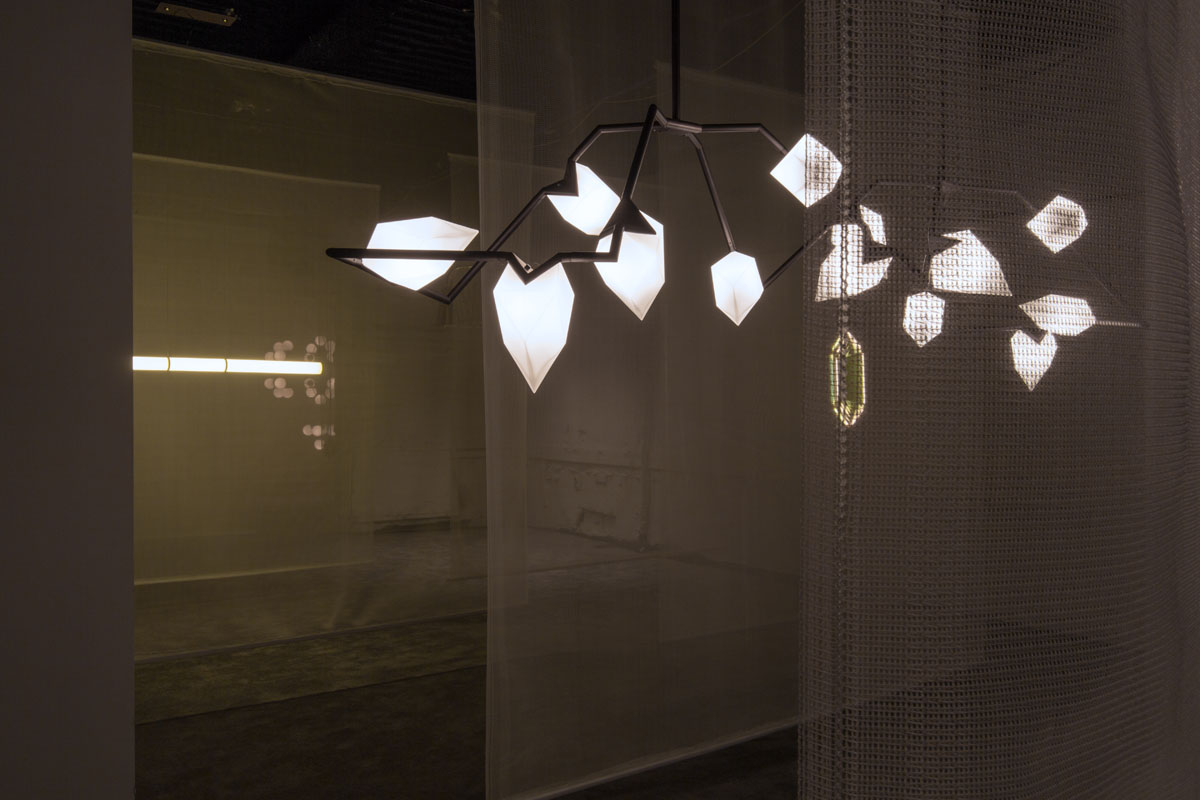 A version of designer Bec Brittain’s Seed chandelier in oil-rubbed bronze with white-etched glass. Brittain was inspired by a seed crystal—one that larger crystals grow from.

Lighting maven Bec Brittain almost didn’t become a product designer. The 34-year-old studied product design at Parsons the New School for Design, but abandoned it after becoming frustrated with the industry. “I was really uncomfortable with making a lot of stuff we didn’t need,” says Brittain. “Everything had to be flat, packable, and mass producible. Some people even argued that it was the greenest way, but, really, it was just making pre-trash.”

Instead she turned to philosophy, and studied at New York University. “I got into philosophy thinking that would answer some questions,” Brittain says, then laughs. “Of course, it didn’t answer any!” Still seeking fulfillment, she looked to the Architectural Association School of Architecture in London, which seemed to be a perfect fit—a place where she could apply her philosophical leanings to design. But while she earned her degree, she realized she didn’t want to be an architect. “It was a great job, but I wasn’t happy,” Brittain says. “I knew it wasn’t right.” Still exploring how to apply her passions, she stumbled into designing high-end door hardware, and everything changed—Brittain fell in love with metal. “It was the first time I’d ever designed with it,” she says. “Even when the silliest little widget comes back from the machinist, I think it’s just magical.”

This passion is what led her to freelancing, and eventually working full-time, for renowned lighting designer Lindsey Adelman in New York. Working with her proved to Brittain that a product doesn’t need to be about mass production and creating waste. Adelman’s policy of making things to order with quality materials—giving products a long life—pushes back on the idea of disposable goods. And lighting appealed to what Brittain refers to as her “geeky” side—the part of her that craves technical guidelines and boundaries. Although it took a while, she finally found the perfect balance of creativity, technicality, and social consciousness. 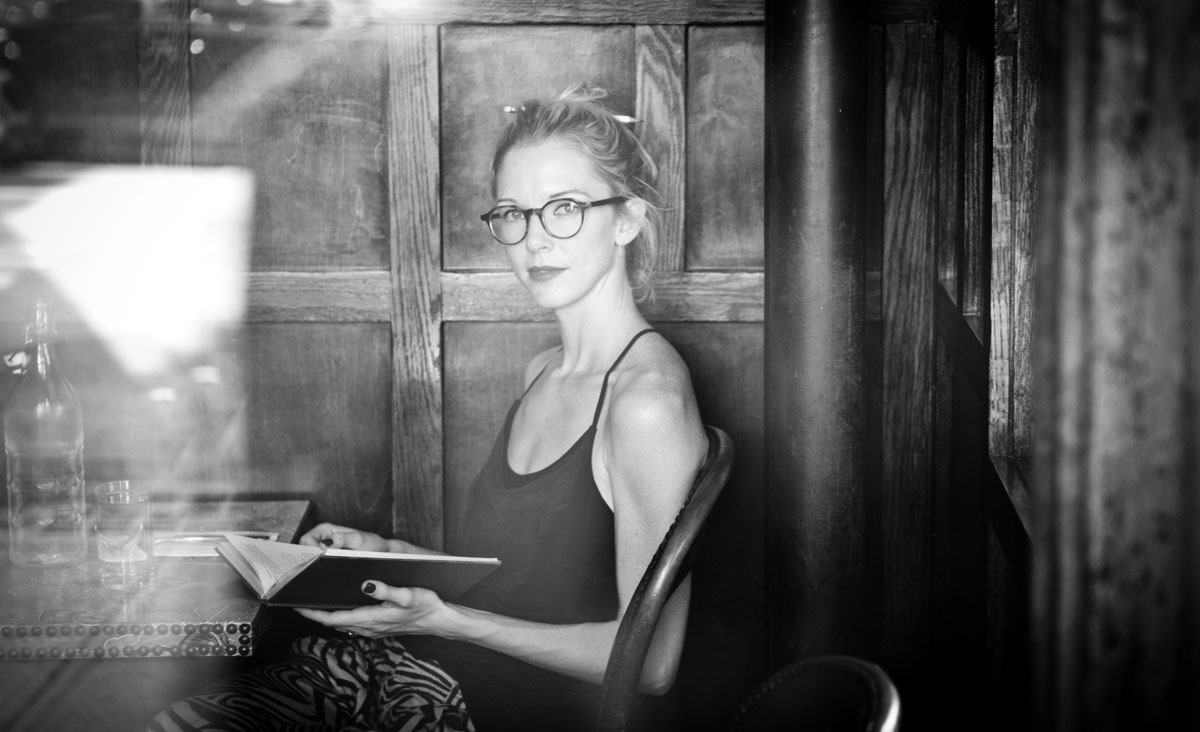 Working with Adelman was eye opening and rewarding for Brittain. But after three years, she began to get restless. “I get antsy in any job after three years,” she explains. “You realize when you do that enough times that it’s you, not the job.” In June 2011, Brittain launched her own company, first working out of her apartment and then moving into a studio. Her first product was the SHY light—a spare, modular piece that uses thin LED tubes to define the edges of its shape, and that can be reconfigured in myriad ways. 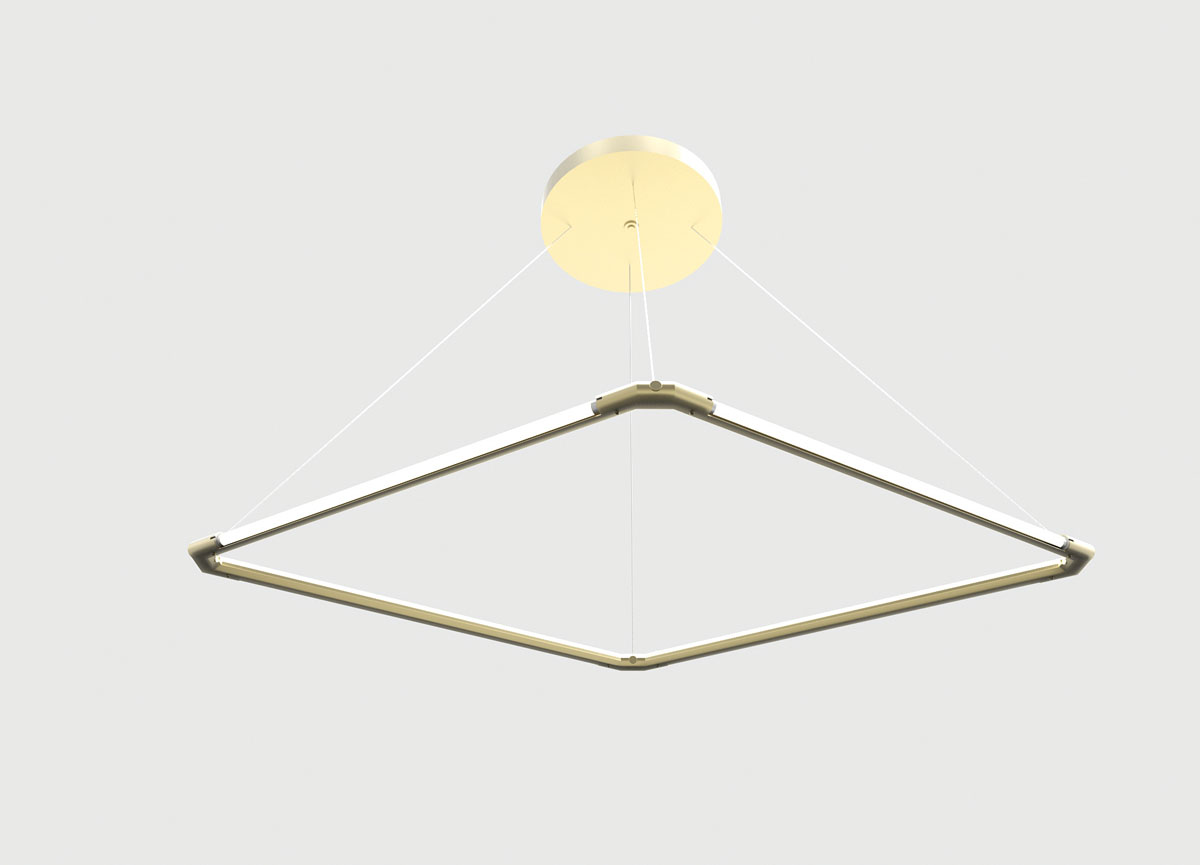 Brittain’s THEMIS Single Sconce 6 (below) and Zelda collection (shown above in Zelda Single) are both launching at ICFF.

Four years later, Brittain’s work can be seen all over the globe, with clients such as Harvest Ventures, Selfridges, and Uber. She remains true to her ethics—collaborating with local fabricators and artisans, and ensuring every piece is hand assembled by her Brooklyn team. Her line has grown slowly but surely, with three to five lights being released a year. The materials she uses have expanded to the doublefade glass in Vise, which mimics a beach sunset, and the fins of glass and mirror in Echo. Her carefully curated selection of objects, including candle holders and a bottle opener, reflects her commitment to creating objects that will last.

This month at the International Contemporary Furniture Fair (ICFF), Brittain is launching her THEMIS Single Sconce 6, as well as her Zelda lamps, for which she turned back to the original concept of the simple lines she used in the SHY lights. “I’m experimenting with ways to make different forms of them,” she says. “I’m trying new pieces of hardware with which you can make plainer shapes, as opposed to triangulating a structure. It’s about going back to where I started, which is drawing with lines of light.” 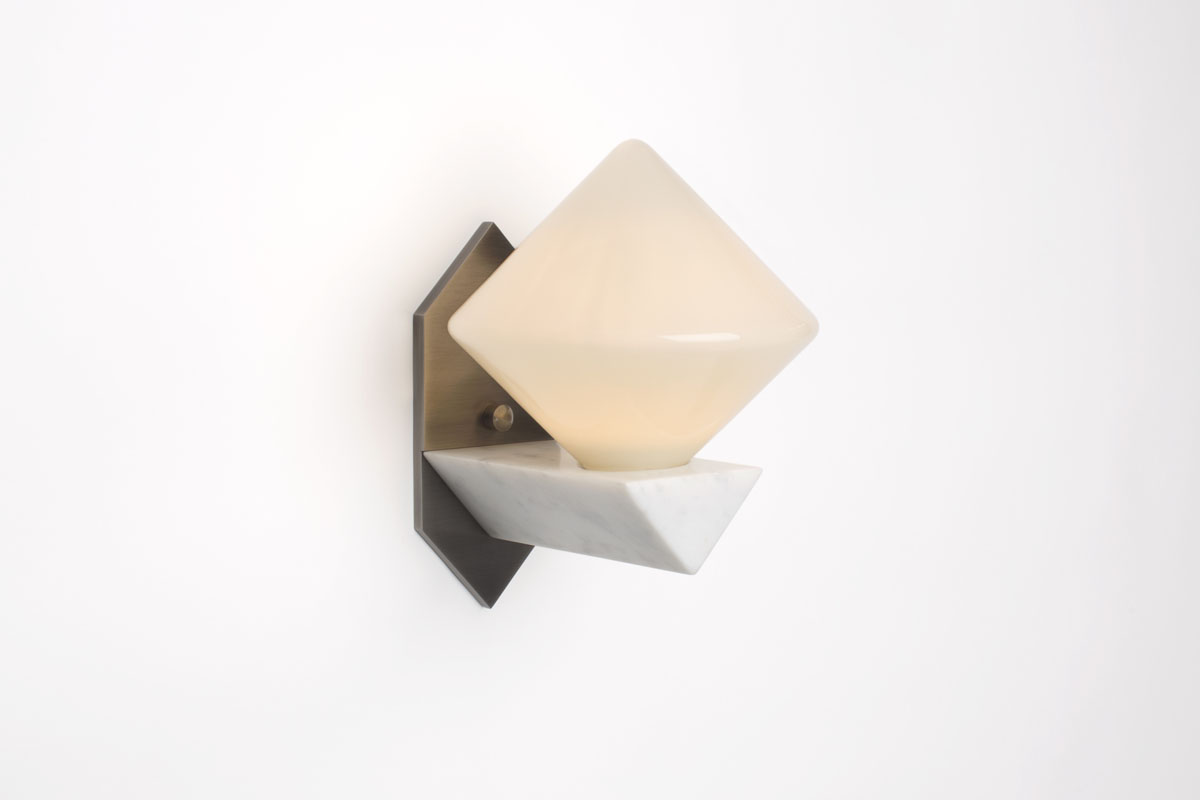