The architecture and design curator reflects on a poignant portrait of the late architect, taken in the mid-’50s at the Acropolis. 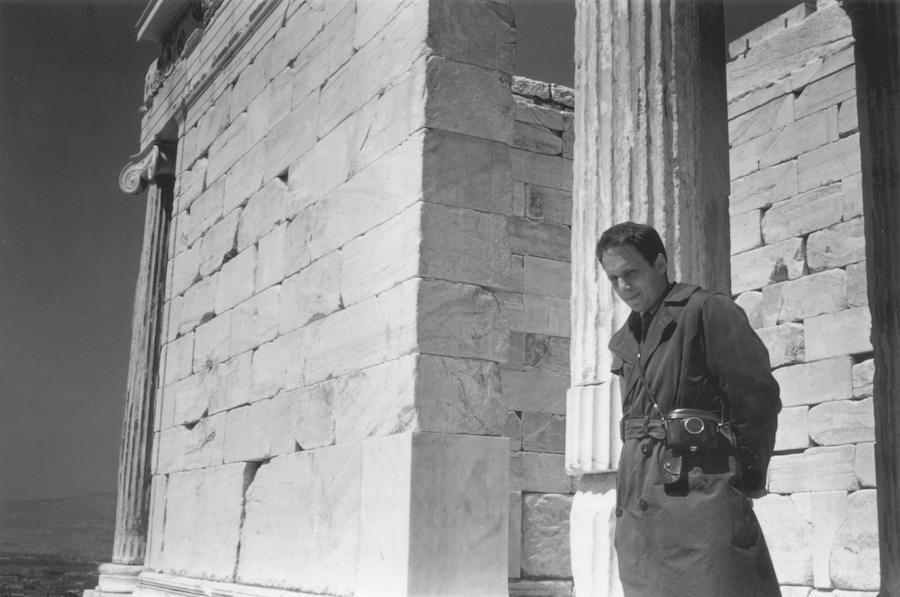 Courtesy the architectural archives, University of Pennsylvania by the gift of Robert Venturi and Denise Scott Brown

I came across this photo when I was doing research on Robert Venturi, who passed away in September at 93, and his two-year tenure as a fellow at the American Academy in Rome in the mid-1950s. I was then a young art history student from Zurich and thrilled to have access to the records of this important chapter in Bob’s intellectual biography. I was apparently the first scholar to show interest in this material, which consisted mainly of the young architect’s frequent letters to his parents back home.

The photograph shows Bob on top of the Acropolis in Athens, carrying his own camera, on one of the many extended trips throughout Italy, the Mediterranean, and other parts of Europe that he undertook while at the academy. For me, the photo always represented Bob’s incredible curiosity about and erudition in the history of architecture. In many ways, these travels formed the basis for his argument in Complexity and Contradiction in Architecture, published a decade after his return from Rome, but many years in the making. In my own research, I have elaborated on Bob’s exploration of postwar Italian architecture, which I believe provided seminal lessons for his own later revision of Modernist dogma.

Martino Stierli is the Philip Johnson Chief Curator of Architecture and Design at the Museum of Modern Art. He has written extensively on the work of Robert Venturi and Denise Scott Brown, including his book Las Vegas in the Rearview Mirror: The City in Theory, Photography, and Film (Getty Research Institute, 2013), and his essay “In the Academy’s Garden,” published in AA Files 56 (2007), which discusses Venturi’s stay at the American Academy in Rome from 1954 to 1956 and his interaction with midcentury Italian architecture.