Architect in the Middle

Early this May, MoMA launched the second iteration of its Issues in Contemporary Architecture series, Foreclosed. Directed by Barry Bergdoll, Philip Johnson Chief Curator of Architecture and Design, the project is an on-going experiment that expands the role of the museum, and the curator, beyond the collection and display of ideas and artifacts. This new […]

Early this May, MoMA launched the second iteration of its Issues in Contemporary Architecture series, Foreclosed. Directed by Barry Bergdoll, Philip Johnson Chief Curator of Architecture and Design, the project is an on-going experiment that expands the role of the museum, and the curator, beyond the collection and display of ideas and artifacts. This new approach is more pro-active, it curates the very production of architecture and design. The kick-off project, Rising Currents, in 2010, paired the curator with the academy through Princeton structural engineer Guy Nordenson, who developed a research prompt for five interdisciplinary teams lead by architects to envision the future of New York City through the lens of rising sea levels. The outcome was a popular exhibition of ideas and approaches at MoMA. Foreclosed expands the frame beyond the city to the nation. Again, it asks five architect-led teams to take the foreclosure crisis through an investigation of its geographic, economic, and imaginary epicenters: the suburbs and the American Dream.

This time Columbia, more specifically its Buell Center, plays the role of the academy. Buell Director Reinhold Martin has spent the past three years developing what Michael Meredith – partner of MOS, one of the participating firms – called a “beautifully designed, cryptic device,” the ominously titled Buell Hypothesis. The 400+ page, powder-blue research report not only looks like it was retroactively leaked from the RAND Corporation in the 1960s, it also carries a similar aura of insider fact. Dense in text, image, and thought, the document can be understood as a briefing for a thesis studio for accomplished architects, for which Martin and Bergdoll will serve jointly as advisers and translators. 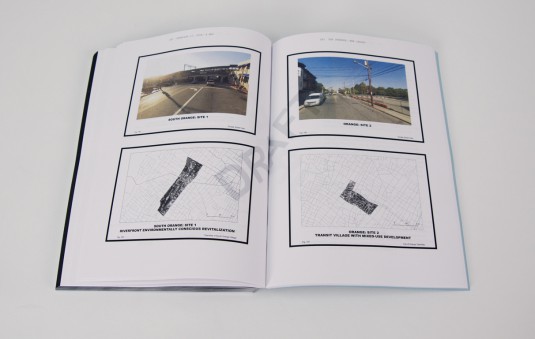 The formula for the project, then, is fairly standard: an analytical phase informs the development of research questions that are then put to interdisciplinary teams, led by architects, to decode into design strategies. Their strategies will later be scrubbed by Bergdoll and his curatorial team for public consumption. The structure is thus highly normative; by taking each element to its extreme, it becomes radical. Not just research, but dense research; not just architects but highly qualified architects leading teams of highly qualified professionals; not just a public audience but the very public audience of MoMA. 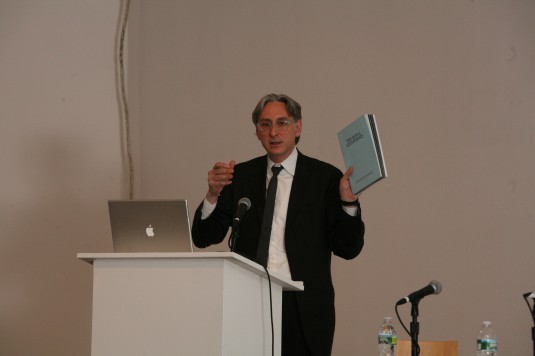 A self-selecting subset of that public was present at the initial, four-hour long marathon debate, held on Saturday, May 7 at MoMA/P.S.1 in Queens, which began with an address by Bergdoll, followed by presentations from each of the five teams. Architect Harry Cobb, of Pei Cobb Freed and Partners, briefly introduced a discussion with the architects. In asking, in his words, an “innocent question”, Cobb gave form to the latent idea in the room, “putting the architect back in the center”. This simple idea formalized and infected the discussion over the remainder of the afternoon. The idea immediately took purchase with the architects in the room, who spend much of their professional and academic lives arguing for a place at the table, let alone the poll position. Recognizing its infectiousness, Martin reminded the audience in his subsequent address, that there is “no such thing as an innocent question from Harry Cobb.” I can only speculate on Martin’s remarks, but a promising point of entry is that Cobb’s challenge begs a further question: the center of what?

Martin introduced the keynote speakers, Michael Sorkin – vehement foe of the suburbs whose eloquent rant opened with an indictment under the unequivocal rubric of “pure evil” – and Ellen Dunham-Jones – prominent New Urbanist and apologist for the suburbs – who were invited to “get some sparks flying”.  Sparks flew indeed. Bookended by moderators Martin and Bergdoll, the respective role of the historian-curator and the curator-historian in Foreclosed was rendered in high relief by their roles in the hot debate. Bergdoll, the curator, cut off the back-and-forth between Dunham-Jones and Sorkin by decoding and imputing clarity in the form of a question that anyone could understand: market-driven or not? 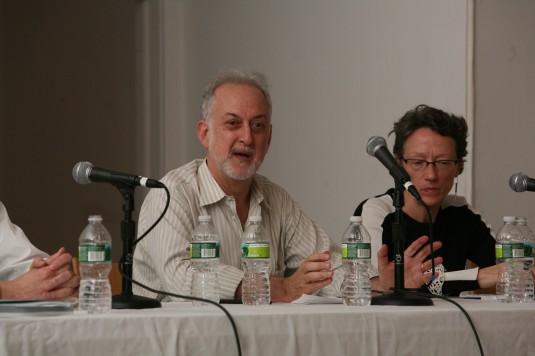 Martin, the historian, illustrated his role by reframing the vitriol of team leader Andrew Zago with historical precision. Zago vehemently attacked Dunham-Jones and New Urbanism for not having produced a single piece of “significant” architecture, asking when they would give up in failure. Martin illustrated the false polarization of Zago’s argument – which pitted avant-garde or “significant” architecture against the kitsch that often results from New Urbanist ideology – redirecting the attack to Yale faculty member Leon Krier and making explicit the historical embroilment of the “significant” Ivy Leagues with suburban detritus.

Returning to Cobb’s challenge, if Foreclosed begins by putting the architect at the center, it is in the middle of the historian and the curator. If the curator is most responsible for addressing and communicating intelligibly with the public, the architecture historian often lives at the other end of the spectrum. The architect-led teams will spend the summer between P.S.1 and their offices to dissect, digest, and design responses to the Buell Hypothesis. The outcomes will later be exhibited by Bergdoll.

I will insert another role into the ecosystem, that of the critic, following each aspect of the three-part process. Although the Buell Hypothesis is the title of a lofty and weighty report, it can also be summed up with the question: “Change the dream and you change the city?” With the exhibition of the teams’ work at MoMA next January, we will all have the opportunity to see if architect, historian, and curator were successful in turning this question into an imperative. That is, if Foreclosed is able to claim that it achieved Cobb’s full challenge, to put the architect in the center of the debate.

Troy Conrad Therrien was educated as an architect and now works as a writer, curator, and creative digital consultant. Funded by the Canadian Council for the Arts, his current historical research investigates post-war architecture pedagogy through a lens of post-colonial studies and the history of science. Follow Troy on Twitter @troytherrien and visit his  website www.troyconradtherrien.com .