The Make It Right Foundation, established by movie star Brad Pitt, has received a lot of press. He and his equally famous partner, Angelina Jolie, are well regarded in philanthropy circles because they do so much of it. Poverty and its resultant ills are their main focus. For instance, in Cambodia,  they work to increase […]

The Make It Right Foundation, established by movie star Brad Pitt, has received a lot of press. He and his equally famous partner, Angelina Jolie, are well regarded in philanthropy circles because they do so much of it. Poverty and its resultant ills are their main focus. For instance, in Cambodia,  they work to increase access to medical care and housing.

Presumably, the involvement of these high-profile benefactors has ensured the success of their ventures. In fact an article in The Economist argues that today’s philanthropies must be guided by their founders to be successful. Thus the Bill and Melinda Gates Foundation limits its lifespan to 50 years after the last death of its founders.

However, personal leadership is not the sole factor in making a philanthropic organization effective. Solving social problems involves other elements like collaborating with experts from different disciplines. But too often, experts in only a single field are involved. What’s more, members of the communities they target are not engaged in the policy-making process. Take, for example, the recent winner of the Buckminster Fuller prize, Blue Ventures. Their goal is admirable: apply marine biology to improve the skills (and sustainability along the way) of coastal communities. Brilliant!

But here is the problem. The organization’s entire research staff is culled from Western nations. What’s more, their expertise lies exclusively in the sciences. Where are the experts in culture and economics? Those familiar with the local economy and culture tend to be  drivers, and  not people making the policies for their own communities.

While the intentions of philanthropies might be good, it is the deployment of those intentions that determines success or failure. Success can only be achieved by consulting experts on the geography, economy, and social structure of the target communities. That is because social and cultural projection in good works is a pernicious problem. Think, for example, about applying a singular, transhistorical, Euro-American model of “democracy” as global goal.

The execution of the Make It Right Foundation’s  (MIR) agenda provides another example of good intentions gone awry. An excellent editorial by Rebecca Firestone details the exact issues plaguing the proposals. One problem is the siting of the project. She writes, quoting professor Richard Campanella of Tulane University’s Department of Earth & Environmental Sciences, “that site, [ is] precisely in front of the high-velocity breach flooding, on land that is mostly below sea level and adjacent to two risk-inducing manmade navigation canals. This was a bold, high-minded, and morally majestic decision, but a foolish one. It reflects a romanticized notion of the relationship between place and people (culture). It indulges in the tempting (and popular) but problematic presumption that ‘place makes people,’ whereas in fact the opposite is more commonly the case. It attempts to ‘save’ the culture of that neighborhood by rebuilding in that exact spot, as if culture emerges from soil. The truth is that human beings adjust their place all the time. They move to different houses, neighborhoods, cities, states, nations, and continents incessantly. Most of the pre-Katrina housing stock near the MIR project only dates to the 1920s-1960s; residents moved there from other neighborhoods only a couple of generations ago, at most.” 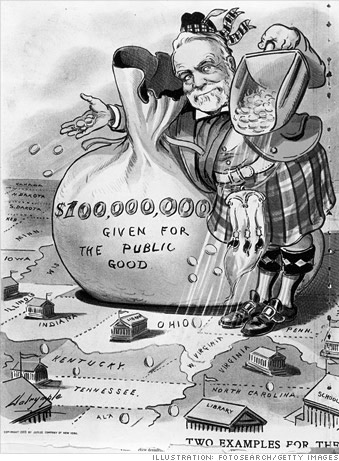 In addition, Tim Culvahouse, FAIA, has argued that the houses which originally populated the Lower 9th Ward were conducive to community-building. Those homes were of a type suited to the terrain. Their typology fit both the geological landscape (hot, prone to flooding), as well as the social and political terrain (meeting and community activism). The elements include shade, places to gather, and they presented a pleasing uniformity that maintained “a continuous street front” which further fostered community.

In place of this sense of unity, we have proposals by Shigeru Ban, Graft Architects’ Camelback House, BNIM’s proposal, Kieran Timberlake’s Special No. 9 House, Trahan, and the then  Brooks + Scarpa project. As Firestone noted, several of the design elements reinterpreted by these projects are not functional (large roof volumes), are too costly (for example, sidewall shading, LEED platinum), reference only other architecture elements (siding with rectilinear windows), and porches that don’t work as they need to (no access from the street). And to see a Euro-American couple featured prominently on the porch of one proposal renders the true clients of these homes invisible. The only home with all the elements residents previously enjoyed was designed by a local firm that is familiar with the culture and the terrain.

Like Blue Ventures, the involvement of the clients is extremely limited (they seem to have interacted primarily with the MIR Foundation). Long and deep consulting sessions with the ward’s former residents would have proved invaluable to all the architecture firms. This kind of detailed information cannot be determined at one meeting where the social historians, economists, and geologists with expertise in New Orleans are missing. 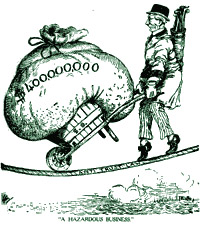 The input of different disciplinary experts researching New Orleans could have mitigated the distant imaginings of off-site architects busily tapping away on their Revit drawings. But such experts are conspicuously absent. The broader cultural, economic, and historical context has been largely neglected. Instead, each of these projects uses only their own design values to reinterpret the elements they determined were necessary, deploying only architectural design tools. Unfortunately Ecotect, Revit, Rhino, LEED strategies, Wikipedia and Google do not add up to adequate research into the broadly-defined human  needs of the Lower 9th Ward.

First there is the issue of whether to rebuild on that spot. That would be best addressed by geologists like professor Campanella. Ironically, though he is featured on the Make it Right website, he actually disagreed with rebuilding, as noted above. As to the issue of what to rebuild, social historians would have been particularly helpful in clarifying the cultural issues. Using this knowledge to place what was built may have mitigated some of the more fantastic, expensive, and seemingly self-indulgent elements of the existing proposals. Economists and statisticians can provide further context on demographics. For example, the neighborhood is politically active as a result of its historical neglect by politicians. The 2000 census recorded that over 98% of the residents are African-American, with 30% under 18. Of these people, over 25% were subsisting below the poverty line of ($10,000) and over 50% made less than $20,000. It is no wonder that creating an  inviting meeting space (i.e. the porch) was so important to them.

What we’re witnessing is an example of social engineering that has been undermined by its own vision, rather than being guided by the needs and aspirations of its intended consumer. The design biases (assuming design tools can solve all the problems), cultural ignorance, and vanity of the project highlight the exact problems of importing “experts” from a single field. As I have argued elsewhere, socially-engaged architecture requires collaboration with experts from many different disciplines.

Sherin Wing writes on the business and culture of architecture for ArchDaily.com and is co-author of The Indicator. She is a contributor to www.metropolismag.com and Archinect.com. She also researches and writes on architecture in developing economies. She received her PhD from UCLA in the Humanities and co-authored the forthcoming book, The Real Architect’s Handbook: Things I Didn’t Learn in Architecture School, with Guy Horton.